Pack off the passive perambulators 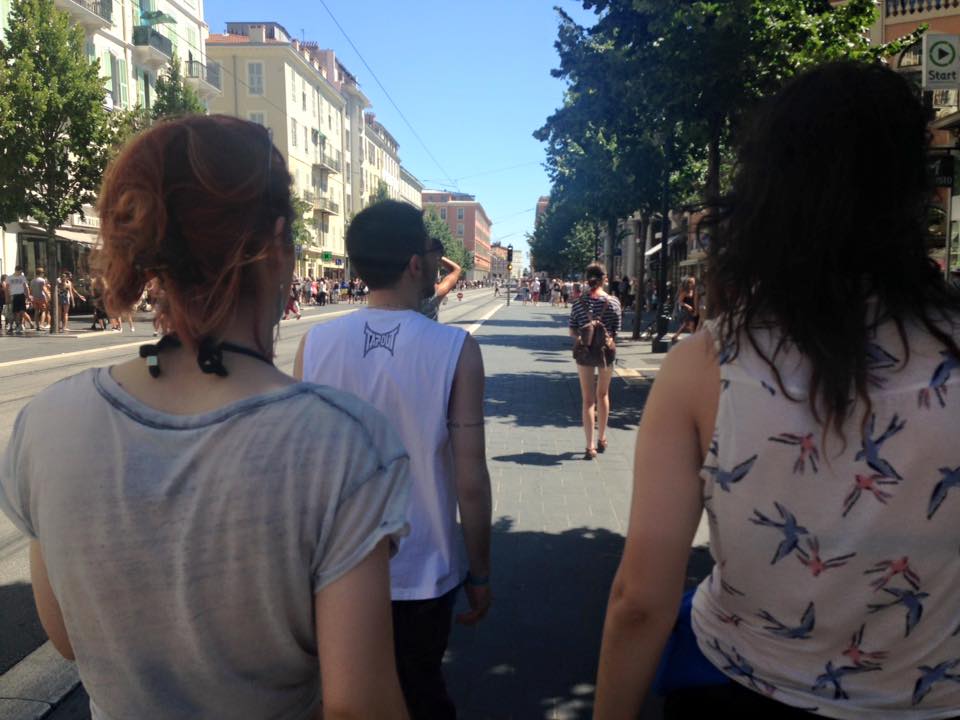 Every day I leave my house with; a laptop, university work and a ‘kitchen sink’ laden bag slung over my shoulder, music blaring through my earphones and the clear goal of catching the train on time.

I’ve worked out that it takes me fifteen or so (twelve on a good day) minutes to walk the mile to the station, pedestrian and traffic light crossings included. Yet my making of good time is always under threat.

From roadworks, rogue drivers or daydreaming? No.

Other pedestrians or to be more precise, SLOW WALKERS, great big tick.

I’ve seen you, about a minute ago you were but a speck on the horizon.

Now I’ve caught up with you and I’m practically on your heels. You turn your head in acknowledgment of my presence, probably thinking ‘does she know how heavily she’s breathing?’ or ‘personal space, much.’

But then you go back to your world of ignorance; plodding along, maybe even checking your phone and principally not doing the noble thing of moving aside so that I may confidently overtake you and get on with the rest of my journey/day/life.

The average person, I appreciate walks at around three miles per hour. The fact that I can complete what Google Maps tells me should be a 21 minute journey in nearly half the time is a skill I put down to years of trying to keep up with my stepdad on the school run, being a regular in London’s crowds and youth, elderly people, the less able and those of you with children who you are so desperately trying to control consider yourselves exempt from this onslaught. Dog walkers, ditto. 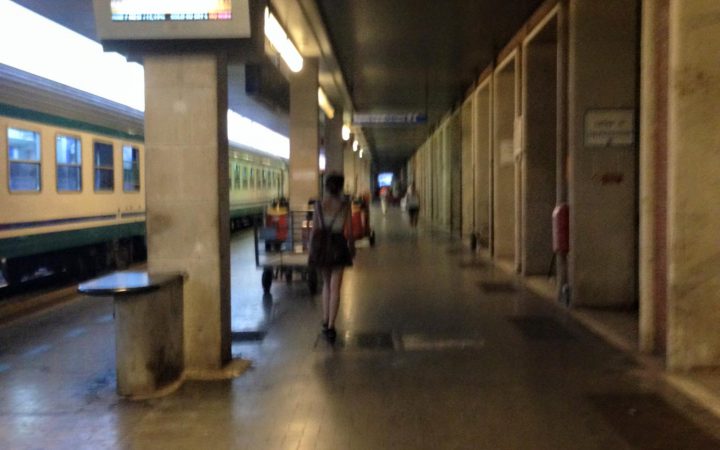 The author is walking so fast the image is blurred! [Abbey Pallett]

Now you may be thinking I’m coming across somewhat harshly, after all, a long, relaxing walk can do wonders for the mind and body. Spring and summer days are made for them –the sun on your face, the warm breeze kissing your skin. I totally agree.

But it’s a grey weekday and there you are, either pretending to be in a music video appropriate to whatever thoughts are cluttering your head, or too busy updating your social media accounts because god forbid your friends miss a second of your pseudo-important existence.

The point is there are some of us that are trying to get somewhere – work, university, medical appointments etc are commitments where despite the popular saying, the end really is more important than the journey. The punctual one, that is.

There have been glimmers of hope for us ‘ambitious’ perambulators. In Liverpool, Argos trialled fast lanes in 2015 to make a jaunt through the city centre (and presumably straight into their store) an altogether more efficient and pleasant experience.

A video by The Liverpool Echo found that people weren’t necessarily paying attention to the marked lanes and it was revealed that a few months after rolling them out, Argos removed the fast track lanes with no comment on their success rate.

In a survey conducted by OnePoll for Direct Line Insurance, slow walkers topped the list of ‘Top Pavement Irritations’ in the UK followed by ‘people who stop abruptly’ and slow crowds. This led to the company trialling a fast lane at Sutton Walk, outside Waterloo Station where mobile phones were banned and the suggested walking speed was set at five miles per hour for two days in September 2016.

Sadly these lanes were short-lived PR stunts that leave us without permanent solutions to our pedestrian pains.

Fellow pavement pounders have proposed separate lanes for dawdlers and texters. When the Daily Star‘s Ed Gleaves appeared on Room 101, a popular BBC panel show where guests discuss their pet peeves, he argued that ‘sloppy walkers’ should be banished to ‘the vault’.

Host, Frank Skinner proposed lanes: “You should have a fast lane, average speed and then national obesity crisis.” He then produced a bicycle bell to be used as a deterrent against other walkers. “I hate the slow walkers. I’ve startled a few people with this. Once the bell’s out, anything can happen” he said.

Katie Greisch for The Odyssey, on an albeit more serious note concurs: “The sidewalk should have two lanes; one for me and the other for slow walkers.”

Separate lanes, in cities especially, have the potential to improve lives no end. No more colliding with people to only waste more precious minutes of your time dancing ‘the apology macarena’; sayonara to rising blood pressure over whether overtaking the sloth in front of you is rude or not.

Perhaps I may even be able to practice reaching my dreams of becoming an olympic race-walker and compete in the mixed 20 km race. You see I’m not really a finicky sidewalk spoilsport – I’m actually an aspiring athlete!

For now, my fellow shin-splinted and I will continue traversing these unrelenting streets. In the meantime hear ye dust-eaters, please move out of the way, or get on ya bike!

All images by Abbey Pallett