Pomaio: A taste of Tuscany in Brick Lane 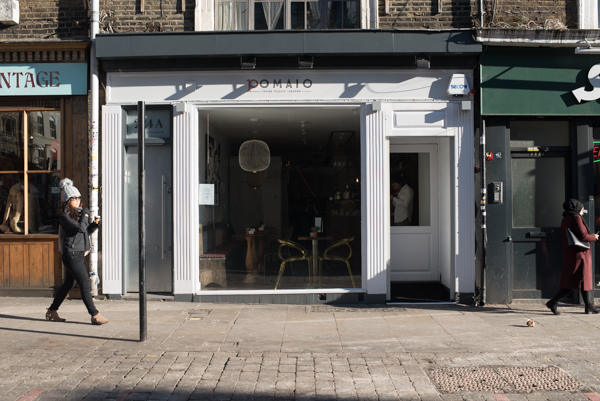 On December 17, 2016 the independent wine bar, Pomaio, opened its doors in Shoreditch.

The owners, two brothers Marco and Iacopo Rossi, fell in love with east London and decided to open their bar, serving Tuscan food and, of course, Tuscan wine.

The bar takes the name from the Tuscan natural winery “Podere di Pomaio” on the hills of Arezzo.

The winery is deep in the breathtaking countryside of Tuscany, where you can enjoy the most suggestive landscapes of central Italy.

Stepping inside the Enoteca feels like tasting you grandmother’s cuisine.

Tuscan cuisine is strongly influenced by local history and traditions as well as by the locals and seasonal availability of the products.

Pomaio is characterised by serving their own independent wine and for this reason, the wine list is mainly composed of wines that come from small independent Tuscan vineyards such as Podere di Pomaio.

Since the 2000s many Italian restaurants have popped up in London, but especially in Shoreditch.

Londoners are increasingly getting used to almost any flavours of Italian cuisine, especially Southern Italian dishes.

Tuscan dishes, instead, did not have a strong impact in London even though Tuscany is the fourth most visited region of Italy and it is very popular among Britons, mainly for the Chianti countryside.

Foods are all imported from local food shops around the winery, with a special attention to cured meats; you can enjoy the typical cooked ham finocchiona, seasoned sausage and capocollo which is bacon (without the use of preservatives). These cured meats are unlikely to be tasted in any other London restaurant. 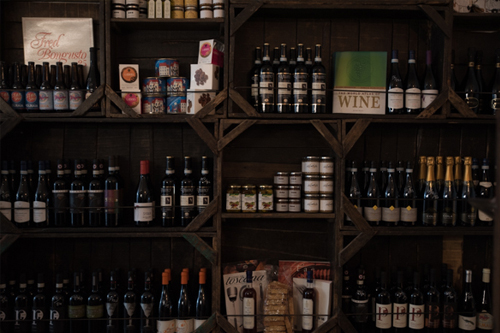 In Italy it is very popular to have an aperitivo, literally translated as “happy hour”, between 6:00 and 9:00pm.

It’s a very simple idea but socially functional for meeting with friends, having a cocktail and eating some nibbles, and enjoying hors d’oeuvres.

At the Enoteca Pomaio, it’s possible to enjoy an aperitif, the same way it is done in Italy.

You can order a Spritz, the real Aperitif drink made by Prosecco wine and a dash of Aperol or Campari, and tasting a mixed platter of cured meats and cheese.

Tradition is the key world of Pomaio.

The owners’s aim is to bring a spot of Tuscany in London.

Anything from food, furniture and atmosphere must reflect their region.

Every table is designed similarly to one you can find in typical restaurant in the Tuscan countryside.

They serve Moca caffè instead of espresso, reflecting the tradition of the most homemade cuisine. 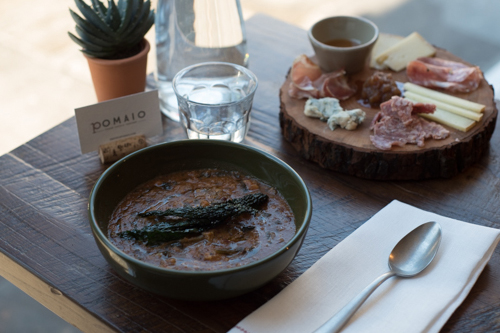 Speaking to the manager, he told Artefact about their entrepreneurial decision: “The winery has been operative for 15 years now. We have always been trying to be up to date to the current times. We think that London is the food capital of the world right now.

“London is dynamic and traditional as well, which made it a unique place where you can try to consolidate your business. Our aim is any way to make Londoners try the whole experience of a typical Tuscany restaurant, making them feel like they are stepping into a very typical Enoteca in the Chianti countryside,” he said.

“We want our customers to imagine themselves like they are enjoying a glass of a wine in Arezzo, surrounded by the hills. At Pomaio, nothing is forgotten and the furniture reminds of a typical Enoteca but merged with the East London edge.”

Stepping inside the Enoteca feels like tasting you grandmother’s cuisine.

Bringing a slice of contemporary Tuscany to Brick Lane, Pomaio is a welcome addition to East London’s ever thriving food, arts and music scene.

You can go and try Pomaio at: 24 Brick Ln, London E1 6SA. A glass of wine will be there waiting for you!