The science of bees playing ball 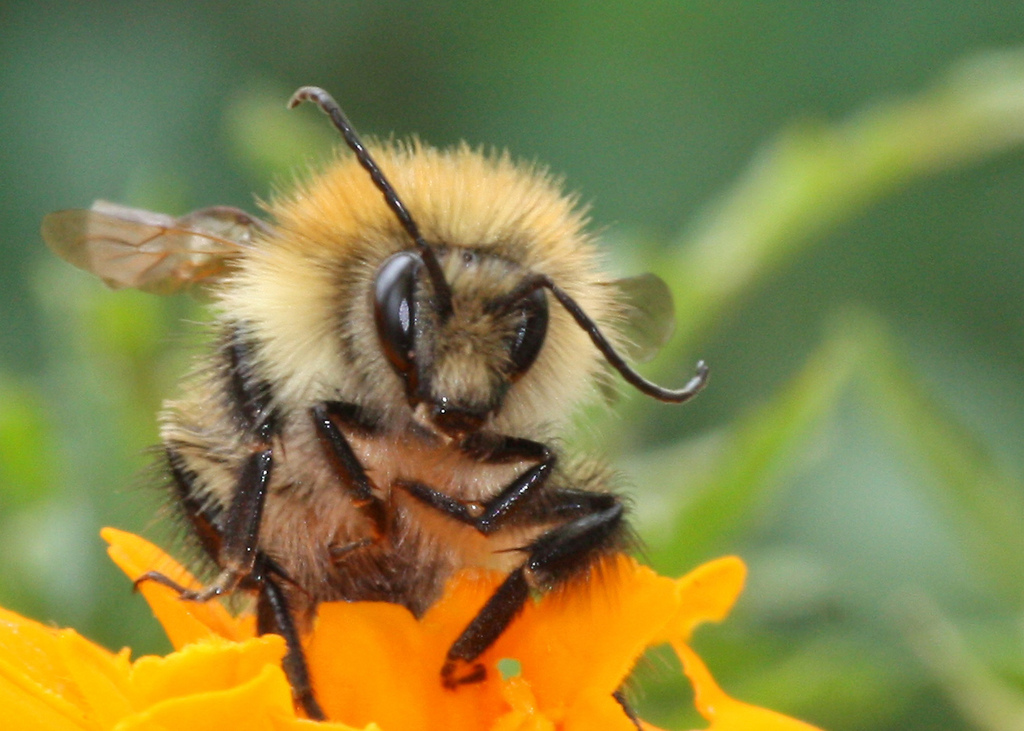 Bees are an important part of the world’s ecosystem and the only insect that makes food for us but they’ve also recently shown ‘unprecedented learning abilities‘ by scoring goals in a specially adapted game that resembles football.

In a study published in the journal Science, reseachers have concluded bees are able to learn new skills under ecological pressure.

Whilst bees have previously proven their ability in performing advanced tasks related to those hardwired into their routines, this study looked at how well the insect could perform tasks they don’t naturally do in their everyday lives.

So how did they do it?

Scientists at Queen Mary University conducted an experiment that encouraged the bees to move a ball to a specified location in reward for food.

But first they had to ‘train’ the bees.

Firstly, to know the target location of the ball, or the goal, which was marked in the centre of the platform, and secondly, to train them to be able to move a displaced ball into the ‘goal’ in return for a tasty treat.

To teach them the technique, bees were trained under three different stipulations.

Some bees were made to observe an already trained fellow black and yellow correctly demonstrate moving the ball to the centre.

Others received a ‘ghost’ demonstration whereby a magnet was concealed under the platform and used to move the ball.

The third group received no such demonstration but found the ball already in the centre alongside the reward.

The bees that received live or model demonstrations were deemed to have learnt the task in a more competently than those who had observed a ghost demonstration or no demonstration at all.

Lead joint author of the study, Dr Olli J.Loukola, revealed: “The bees solved the task in a different way than what was demonstrated, suggesting that observer bees did not simply copy what they saw, but improved on it. This shows an impressive amount of cognitive flexibility, especially for an insect.”

In the experiments, the scientists put three yellow balls at different distances from the centre of the platform, deemed as the ‘goal’.

The study found that the ‘demonstrator’ bees would always move the ball most far away from the centre and each time, from the same spatial location in keeping with their training which taught them that the closest balls were immobile.

The novice or ‘untrained’ bees got to watch a trained bee complete the task three times.

In subsequent tests without a skilled demonstrator, bees would move the closest ball to the goal as opposed to the furthest which demonstrators had been previously teaching them.

In another experiment, bees would choose a different coloured ball to the yellow they had been tested with before.

Summarising the findings, Dr Loukola said: “It may be that bumblebees, along with many other animals, have the cognitive capabilities to solve such complex tasks, but will only do so if environmental pressures are applied to necessitate such behaviours.”

So will bees become more efficient at football than, and replace, our beloved star strikers anytime soon?

We’re sure Zlatan can rest easy for now…