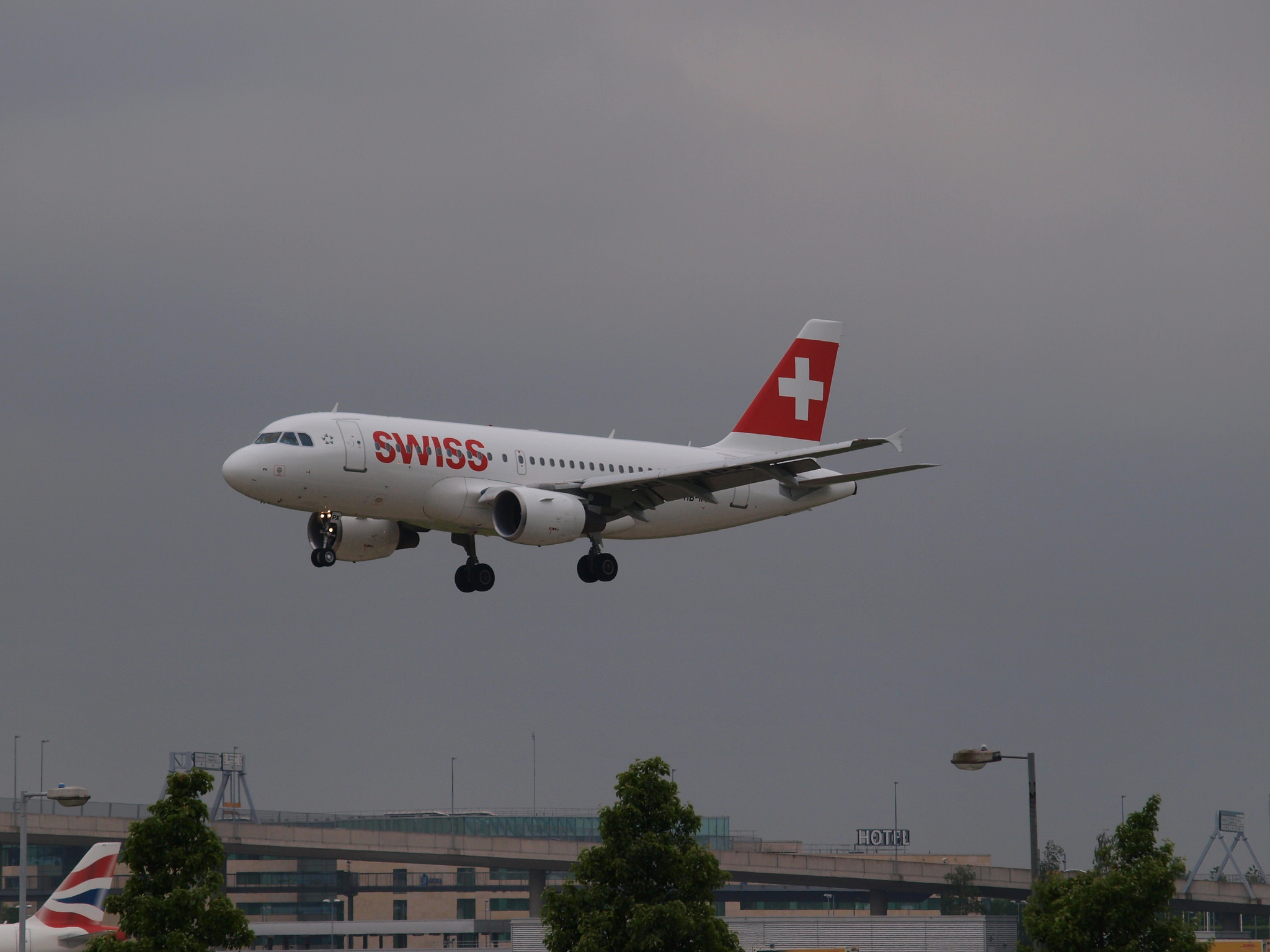 After the government backed the expansion of Heathrow, the project seems closer to its completion. Communities around Heathrow and in London have shown concern about the problems it will bring. They fear the decimation of local communities, and more harm to the environment, making Heathrow an unhealthy place to live.

Heathrow airport argues that the construction of a third runway would create 70.000 new jobs, double the number of passengers and add more than 200.000 aircrafts flying over London every year. They argue the local transport infrastructure would also be improved significantly. Transport secretary Chris Grayling said recently that the expansion would help make “new global connections.”

“Local stakeholders have an opportunity to directly influence Heathrow’s noise management priorities and future airspace planning,” said the last report from the airport.

The residents complain about noise, pollution and the uncertainty this long-term project brings.

The problem is, “the destruction of two communities, Harmondworth and Longford,” said Robert Barnstorne, a resident and campaigner from Stop Heathrow Expansion. “There’s nowhere for these people to go. I believe once the Government considers the same things in Parliament, they will come to the same conclusion,” he added.

A resident from Iver said her father was forced out of his home when the airport was constructed, and now her relatives buried at Harmondsworth churchyard “are going to be forced out of their graves.”

The government held consultations in the areas under flightpaths and the councils near Heathrow. Here is what people said at the consultation event for West Drayton for Harlington, Sipson, Longford and Harmondsworth, the areas most affected:

Hillingdon resident Ian Diamant said that the public will have to pay for part of the expansion, and the authorities “are going to ignore the public as they have already ignored the public previously.”

After consultations, said Labour Councillor for Hounslow, Gurpal Virdi, residents feel that their views are being ignored, as “after the Terminal 5 inquiry residents were told there will be no expansion of Heathrow.”

When it comes to noise, several other politicians also oppose the expansion, among them Conservative Mayoral candidate Zac Goldsmith, who said recently that “one million people across London will be hit by the noise pollution. The Mayor of London, Sadiq Khan, also expressed his concerns when he said that “there are more people affected by noise because of Heathrow than the airports of Paris, Amsterdam, Frankfurt, Munich and Madrid combined.”

Heathrow had an average of 283 daily complaints about noise in the first ten months of 2016.However, a spokesman for Heathrow said that “By the time a third runway opens, 90% of Heathrow’s air traffic will be quieter,” by encouraging the use of quieter technologies in aircrafts.”

“The technology is not there to substantiate the claim. Aircrafts tend to fly for 25 to 30 years, they are expensive and aircraft companies have to make the most of them,” said Mike Dickerson, a noise control specialist in airport data collection.

Planes flying now and the foreseeable future already meet the latest sound standards, so “it is unlikely to have a huge difference in the next five to ten years,” said Danny Fiumicino, a noise consultant who worked as an environmental health officer for the Mayor of London. He also said that arguments about aircrafts getting less noisy are overstated, as “it will make a difference, but it will be easy for that difference to be swallowed by the increase in the number of aircrafts.”

“Noise is a major issue for those living under flight paths”, said Andrew Pendleton from Friends of the Earth. John Steward, from HACAN, said that “quality of life became dominated by aircraft noise” already, and that the key thing required is to give people a predictable break from the noise each day.”

Noise disturbances produce a big number of health problems related mainly with sleep disturbance and stress and anxiety. Long term noise exposure can lead to endocrine and metabolic perturbations and adverse coronary impacts. In the areas near Heathrow there are higher rates of obesity, diabetes and depression, according to reports from the Department of Transport and Queen Mary University of London.

Treating patients affected by aircraft noise costs £540 million a year to the NHS, according to the last report made by the Aviation Environment Federation.

Heathrow said in their last proposal that it is willing to add half an hour to the 6-hour-period night of rest for residents.

Children’s learning is also affected by the lack of sleep and the noise in schools under flightpaths. Their reading comprehension and memory are reduced, with delayed cognitive performance and language and speech acquisition. As schools near Heathrow already have a big number of socially deprived children, this adds to stress responses and reduced morale, suggested the latest report made by Queen Mary University of London.

Despite noise isolation solutions offered by the airport, “you can’t benefit from outdoor spaces, where people go to socialise, rest and relax” said Fiumicino. This could result in the loss of a potentially vital resource for promoting healthy living for people in urban areas,” as decreased social interactions were observed under noisy conditions, suggested the last Health Impact Analysis done by the Department of Transport.

As airport noise is not going to be lessened, according to Dickerson, the receptor’s side has to be protected.

4,500 home owners were given the option to sell their homes to Heathrow once the runway is constructed, or stay accessing a Noise Insulation Scheme.

“Residents are concerned that Heathrow is slowly destroying the community as many families are fleeing the area. Poorer people often can’t afford to move away,” said Hounslow’s Councillor Virdi.

What local residents need, according to the last report from the Royal College of Physicians, is to have “more resources and opportunities to create a healthy local environment.”

Unfortunately, “no investments are made to improve the community,” said Virdi.

“Proposals are one thing but getting things done is another. Many homes under the flightpath are still not insulated despite promises by Heathrow,” said Virdi.

“In all cases, the sound reduction elements have to be maintained, with a typical lifespan of 20 to 25 years,” stated Nancy Timmerman, a consultant in Acoustics and Noise Control.

This help, however, is offered by Heathrow only once, as “maintenance after the manufacturer’s warranty has expired is the responsibility of the resident” and it is considered a home improvement, as a spokesman from Heathrow said.

“There is an assumption that the owner of the home will move at some point,” said Timmerman.

With more flights over highly populated areas, more people are exposed to noise. A 2014 study suggested that people are more noise sensitive than they were in 1985, despite the government using the old guidelines to measure the impact of noise.

The reason why people became more sensitive, said Fiumicino, is because they are wealthier than before, and “having secured a home, a job, they can afford to be worried about environmental conditions.”

Air carriers say that noise is the greatest environmental concern to address in order to expand their operations. However, pollution is a most difficult issue to address. It cannot be seen or smelt.  In addition, it is difficult to measure its impact because air pollutants are released at high altitudes by aircrafts, according to a 2010 Greenpeace report.

NO2 concentrations are already high around Heathrow due to emissions from major roads, and the presence of the airport has an additional impact on air quality, according to a 2008 report made by HAL air.

The Mayor of London Sadiq Khan said that “The air in London is a killer. It makes you sick and it is unlawful.”

Despite the UK government having to meet the regulations made by the Climate Change Act, “long trends show that emissions from aviation are growing faster than any other sector in the economy,” and if a third runway is built, “Heathrow will be the biggest source of carbon dioxide in the UK,” suggests the 2010 report by Greenpeace. The expansion would “lock the UK into a high carbon path, when the science is telling us we need to rapidly shift to a low carbon economy,” concludes the report.

Heathrow said that despite the expansion it will reduce emissions to meet legal standards.

“With more passenger journeys to and from the airport and more take- offs and landings, it is very hard to see how expanding Heathrow will bring down unacceptable and often illegal levels of pollution around the airport. There is no technical solution in sight. Until we know how to fix these problems, giving licence to Heathrow expansion is deeply irresponsible,” said Andrew Pendleton from Friends of The Earth.

40,000 early deaths in the UK each year are related to pollution. Its impact on an individual can go “from a minor illness […] to a very serious situation such as admission to hospital caused by a stroke, heart attack, lung condition or a range of other diseases,” said a RCP 2016 report.

The health costs associated with pollution are estimated to be more than £20 billion a year for the UK, and “it should be considered a major public health problem [requiring] action that is long overdue,” said the same report.

“My main concern is the impact of the pollution on children growing up in Cranford. Cranford Primary School is under the flightpath. It already suffers from high NO2 levels as the monitor nearby exceeds pollution levels,” The third runway “will be over the senior school. Children will be suffering noise and pollution up to the age of 19 years,” said Virdi.

A report on a new plan from Heathrow will come out in the end of July 2017.