The cruelty of belief

Ecuador is known as an amazing place to travel and for its otherworldly landscapes which are a magnet for wildlife lovers. With its Andean peaks and Amazon rainforest, this is a country that seems to have it all. However, what is less well known is the extreme and conservative culture among the older generation that makes life hard for many Ecuadorians.

Ecuador is a place where old and narrow thinking comes into conflict with the young much more outward-looking, confident and liberal minded millennials. It is this conflict that informs the work of Paola Paredes, a 30-year-old Ecuadorian artist and photographer.

Paola was born in Quito, Ecuador and she’s also gay. Through her photography, Paola tries to blend traditional documentary with stage imagery. Her work mostly focuses on LGBT community issues and attitudes towards homosexuality in Ecuador. “I did my bachelor degree in graphic design. I really enjoyed it and felt that I could be suited to do it for the rest of my life until I realised I didn’t enjoy the commercial aspect of it. When I was in school, I received basic photography classes, it was the moment when I fell in love with photography.” She mentions when asked about her background. Paola also completed her MA at Middlesex University and has recently graduated in Photojournalism and Documentary Photography at London College of Communication.

In 2014 Paola documented her coming out story in a photo series called Unveiled. The project shows her journey and how she tried to prepare her parents for the conversation about her sexuality until the moment when she actually revealed the truth. She spent weeks following her parents around to get them used to cameras. She photographed them cooking, brushing their teeth, shaving, smoking, walking, tying their shoes and waking up, until the moment when they sat down at a dining table and she finally said the words: ‘I’m gay.’ Her family were, fortunately, loving and accepting, though not all are so fortunate in a society where the teachings of Catholicism are so ingrained.

Her latest photography series Until You Change expose the realities for many gay men and women in Ecuadorian clinics that illegally carry out conversion therapy. Most of the clinics – many of them run by Christian-based groups – claim to be drug rehabilitation centres, but there seem to be many cases of gay people – most of them women – being abused simply for being gay. Through the project, Paola shows the viewers what was never meant to be seen. The perversion of pills and prayer books, the regime of forced femininity in make-up, short skirts and high heels, torture by rope or rubber gloves and the spectre of ‘corrective’ rape.

Paola was recently shortlisted for the One World Media Awards and nominated as a Magnum Graduate Photographer.

Your stories are very powerful, please talk us through the process of making them. How do you come up with all these strong ideas?

I get inspired by stories that are close to me, and stories that are personal. Unveiled was a story of cathartic release through art. I never had the intention of coming out to my parents, but the idea to do it in an artistic way gave me the push I needed. I also thought that this kind of idea had not been done before and I had an interest in pursuing it. Until You Change was a story I had in the back of my mind since the time I first heard about these clinics. The story of the existence of the centres that aim to “cure homosexuality” hit close to my heart. Being gay and from Ecuador, I thought it could be something that could happen to me. I also felt appalled that someone could actually be tortured, emotionally and physically for being gay. It was a story I had to tell.

Where do you get your inspiration most?

Movies are a huge source of inspiration for me, I always research a lot of movies after I have an idea for a project. For Unveiled I analysed movies, dinner scenes to figure out where to put the camera. For Until You Change I analysed a lot of violent movies to also study the framing and the intentions of the characters. 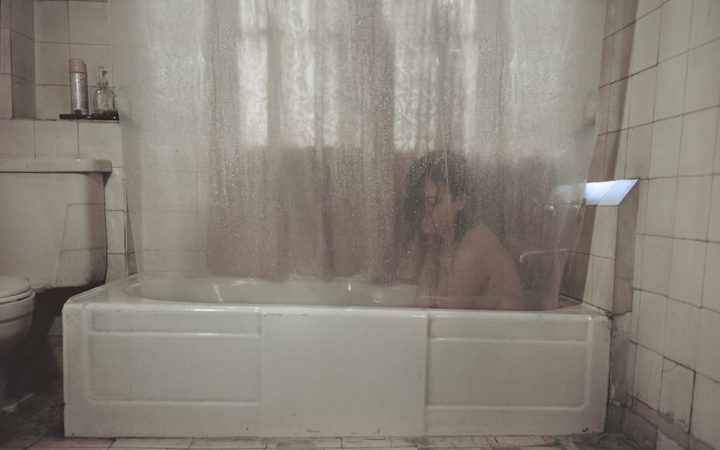 While out and about with my camera, I get great satisfaction composing and shooting an image that catches my eye. However, that has never felt enough for me. When confronted with an image, my thoughts are always: “How can I rip it, stitch it, paint over it in order to enhance the content? How can I take it a step further?” This same urge holds true when I find a particular story I want to tell. Especially, the stories that deal with human injustice. I look for ways of presenting more clarity, a deeper truth. I like telling stories in a creative way.

What’s your favourite film that means a lot to you?

I have so many, it’s so tough to choose. But I absolutely love Peter Greenaway’s classic The Cook, The Thief, His Wife and Her Lover. It is a sensory experience. It is a very beautiful movie and very disturbing as well. I also love anything by Lars Von Trier. Dogville is a classic and a must. I could go on for days… 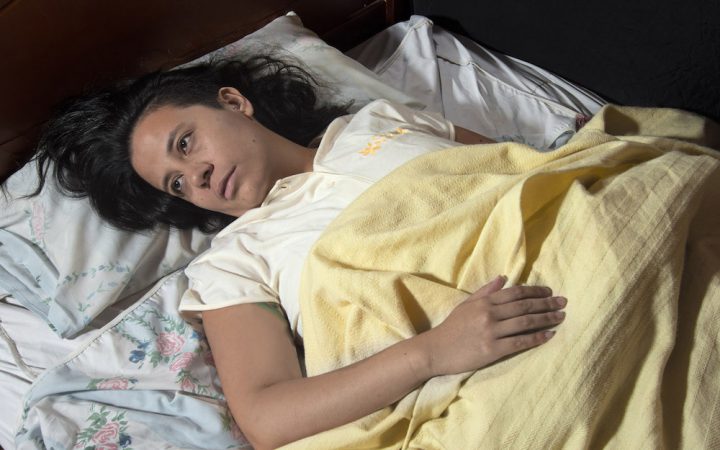 I feel like your projects are very much related to the situation in your home country, Ecuador, where sexuality is still a taboo. Is that true, can you please tell us more about it?

Yes. Unfortunately, it is still a big issue because of how Catholic Ecuador is. Ecuador is 80 per cent Catholic, so they believe the teachings of the church that tells them homosexuality is wrong. I came out to my parents, but I have not come out to part of my extended family because they are hardcore Christians that would probably not accept me. The society here just needs to be taught tolerance regarding diversity. It is also something perhaps that needs to be taught in school. 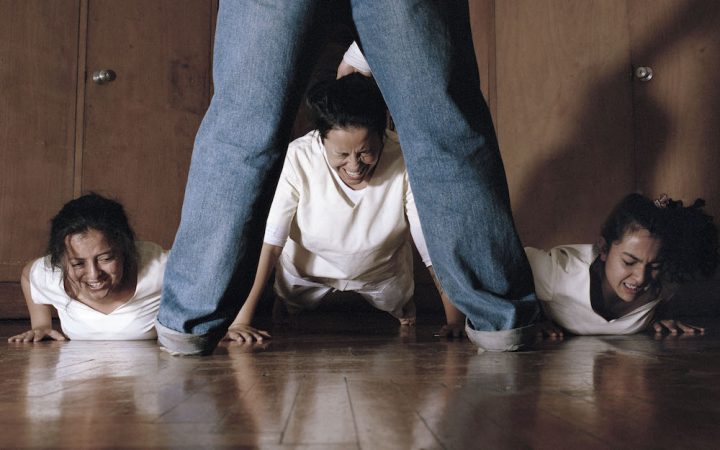 What’s your favourite camera to use?

I don’t think I have a favourite. I tend to choose the camera in relation to what is the best camera to use for the project I am doing. For Unveiled the table shots had to be done with a digital camera and with an intervalometer. But I shot a lot of the portraits of myself and the ones of my parents with a medium format Mamiya and Pentax. For Until You Change it was also a mix, digital and film. For this project I tried for the first time an MPP 5×4 field camera. I really enjoyed it. The process is so slow and you really have to think before you take an image. So I would say it’s a mix.

What a fun question! I guess I would love to work with Lars Von Trier, just to spend the day with him would be amusing. I don’t know exactly what I would make with him, maybe just take some photographs of him. I would not choose to work with another photographer because I am very stuck in my ways, but I wouldn’t say no to collaborating with Cindy Sherman for example. She is so wonderfully creative. 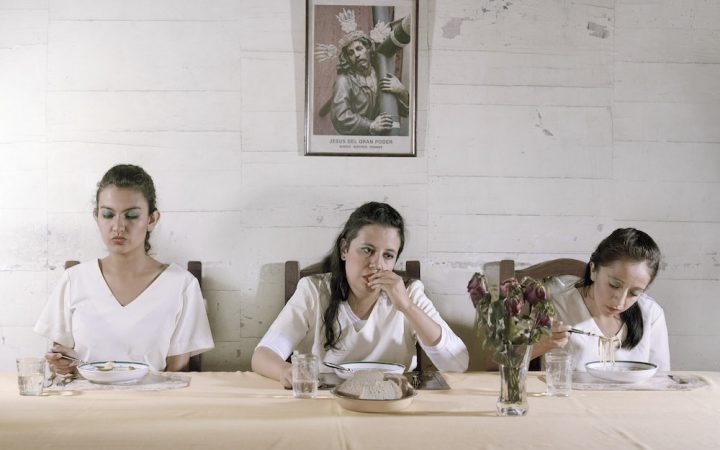 I looked at your Instagram feed and there are many beautiful portraits of people. What do you find in people so inspiring to photograph them?

I guess it’s either subject on the streets I find interesting, either their facial features or the way they carry themselves that make them very interesting. Or its close friends that allow me to mess with them. When it’s with friends I like experimenting with light and just having fun. I guess this is when inspiration hits. 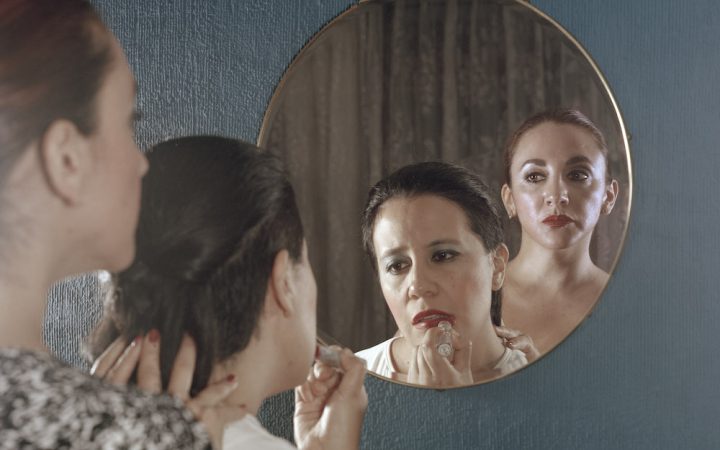 What advice do you have for the other young artists and photographers trying to make it with their talent?

To work hard every day, if they are determined and driven it will get them places. To get ready for a lot of rejection. It is incredibly tough out there and you will get a substantial amount of nos before you get that one yes. To stay creative and unique, to not imitate but to be original. To tell stories that are important. To watch out for their egos, always stay humble, grateful and with their feet on the ground.

Are you currently working on any new projects?

I’m not currently working on any new photographic project. I did Unveiled and Until You Change so close together that I decided to give myself a rest for a year and just dedicate myself to promoting both the projects. I just started teaching photography at a university and I’m really enjoying that. I have started collaborating with a friend and the university in creating a show around recollecting archive in one of the oldest neighbourhoods in the city. We will see how it all comes together. 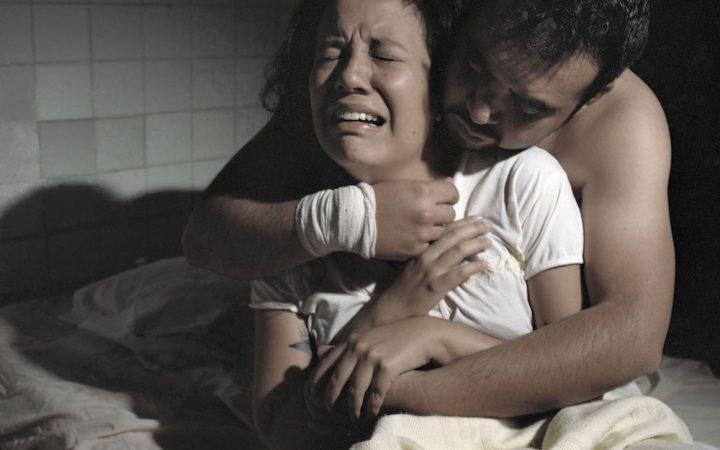 What’s happening for you next?

Teaching for now. I am a bit nervous that I still don’t have a clear idea of what my next photographic project will be. I’m hoping that the inspiration will strike soon. Unveiled and Until You Change will definitely be tough to follow. 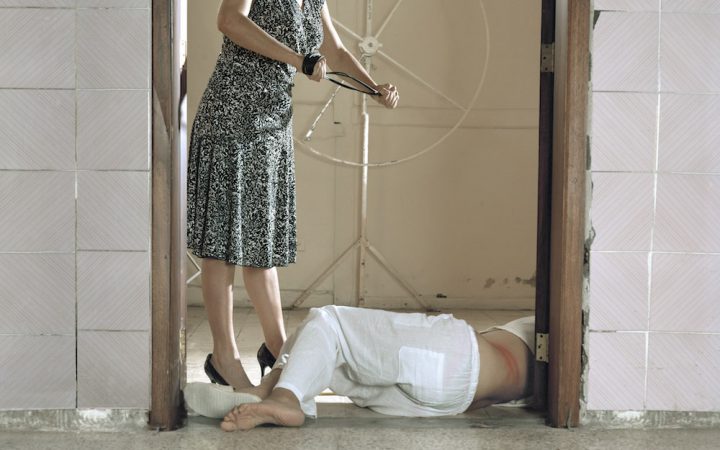