“This isn’t the first drug epidemic; it won’t be the last,” says Carol Baden, a member of Ohio’s Heroin Unit.

Deaths from opioid overdoses in the U.S have been on the rise since 2000. Baden sees and feels the grief of the lives lost, the suffering of those who are addicted, the isolation and shame of families and the addicted on an everyday basis.

In Ohio alone, 4,050 people lost their lives to unintentional drug overdoses in 2016, and even though there is no specific data yet, the number could be twice as high this year. That would mean roughly 8,000 deaths; almost three times as many people as people killed in the 9/11 attacks.

“It has changed every aspect of my life. This epidemic is destroying the very fibre of family and community by tearing away the moral basis that human life is sacred”, says Baden.

“I was losing sleep. I was seeing the outcomes of those affected by opioid addiction. Persons ranging in age from 17 to 72 lost the ability to control the dependence, addiction, and consequences.”

In May of this year, Mike DeWine, Ohio’s attorney general, filed a lawsuit against five leading prescription opioid manufacturers and their related companies.

“Our lawsuit alleges that the drug companies engaged in fraudulent marketing regarding the risks and benefits of prescription opioids which have fuelled Ohio’s opioid epidemic,” DeWine’s office says.

“It also alleges that the drug companies violated the Ohio Consumer Sales Practices Act, and created a public nuisance by disseminating false and misleading statements about the risks and benefits of opioids.”

The lawsuit was filed in the Ross County Court of Common Pleas because Southern Ohio was likely the hardest hit area in the nation by the opioid epidemic.

“We started hearing of the overdose deaths, especially in our own community, the young people who had so much promise and had gotten addicted following an injury, a surgery,” Baden explains. 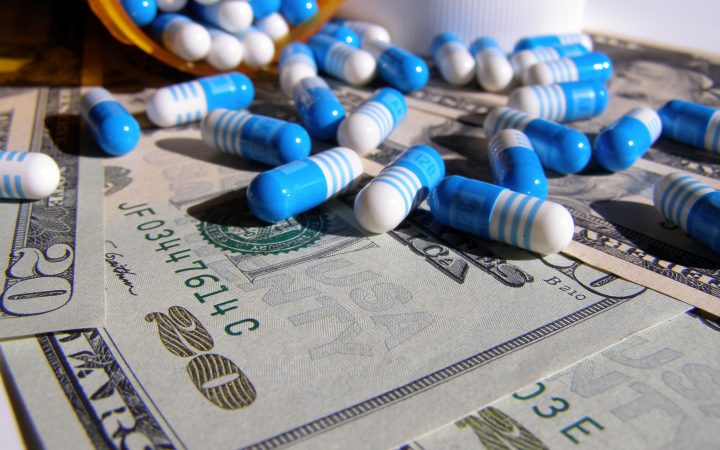 On the bright side, a major achievement of these last years was the acceptance and use of Naloxone, an antidote that reverses an opioid overdose.

Baden, who works for DeWine, adds that the antidote has in fact saved countless lives and is continuing to drive stigma out of the picture. Because “stigma,” says Baden, “remains a monumental barrier to saving lives.”

Ohio is in no way unique in its situation, many other parts of the United States are also affected. All over the U.S., the consequences of the epidemic leave people in desperate straits of homelessness, incarceration, being trafficked, isolated, and denied fundamental rights for medical and mental health attention. And many pay the highest price of their lives lost, explains Baden.

Surgery and post-surgical pain play a significant role in this opioid problem, as they often lead to the initial introduction to the drugs.

An analysis of the impact of opioid overprescribing in America by the QuintilesIMS Institute that came out in September of this year stated that almost three million patients undergoing surgery became new opioid users in 2016 alone. Moreover, the over-prescription of pills following surgery resulted in 3.3 billion unused pills, enough to provide every American with 36 pills.

It was in the 1980s that pharmaceutical companies pushed doctors to consider pain as the fifth ‘vital sign,’ saying that pain was one of the most important indicators of the body’s vital functions.

Furthermore, studies suggested that the risk of addiction with opioids was minimal which resulted in opiate-based pain medication being, not only easy to obtain but brutally overprescribed. The American population was, more or less, drowned in available opiates.

Complaining about almost anything would get you an opiate prescription. Most people had opiates in their medicine cabinets, just in case pain occurred. Everything was designed to make sure nobody ever felt any pain.

Statistics show that in 2008, prescription opiate deaths were 370 per cent greater than in 1999 – 14,800 people died that year, making drug overdoses the leading cause of accidental death in the U.S. and leading to stronger regulations. Opiates were not going to be prescribed as much anymore. 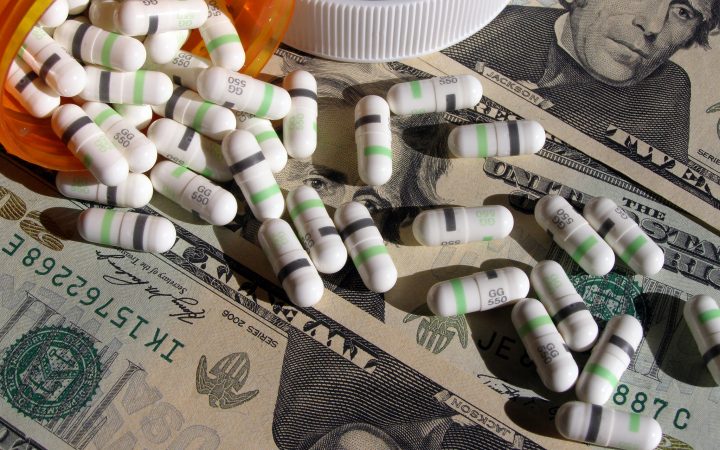 Dr Shawn Ryan is an addiction specialist emergency physician, the director of the Ohio Society of Addiction Medicine and a founder of BrightView, an outpatient rehab facility that can accommodate up to a thousand patients a time.

He has been working with victims of the opioid epidemic for the past six years. “It shouldn’t have been a surprise to anyone that people who are dependant on opioids based on the prescription opioids situation, couldn’t just stop,” he says.

Doctors knew, from animal studies and previous opioid dependency and abuse studies, that people are not able to just stop taking the drugs, Dr Ryan explains. Nevertheless, it was decided that an opiate prescribing reduction therapy, thus taking the medication away, was the right thing to do.

What this left behind was an innumerable amount of addicts who did not have any access to prescription pills anymore, and had to turn to more harmful and illegal chemicals such as heroin and fentanyl.

“We get a question asked pretty frequently: Is addiction really a disease?”, says Carol Baden. “It is asked by a young woman who admits she has a family member who has been to rehab multiple times, incarcerated etc. Following our answer, she gives us a hug, tears in her eyes. She gets it now. A win for her cousin. She sees the struggle differently today.”

Addiction, contrary to what most think, is a chronic brain disease driven and influenced by three main components. The first one is the environment, where you grow up and how you grow up. The second one is genetics. And the third one is the exposure, meaning whether or not you are exposed to those medications and drugs.

“Take the best orgasm you have ever had and then multiply it by a thousand, and still it doesn’t even come close.”, says Max, a former heroin user, who asked that his name be changed to protect his identity. He first came into contact with heroin when he was 14, he has now been in remission for four-and-a-half years after using for five.

Max explained that it feels as if the body thinks that it will die without the chemicals: “It would be like if you had gone without eating for four or five days. Your body is going to be like, no you need to eat right now. I don’t care what it takes; I don’t care if you have to steal something to eat, then you steal something to eat. Because if you don’t eat you won’t survive.”

Opioid addicts see the drug they are dependant on as a primary necessity of life. Their brain is retrained to do so, once they start using, explains Dr Ryan. Every human has a normal reward cycle, for things such as food, sex, shelter, in their brain, that is protective of them as a human. Opioids activate the same brain power waves as that reward cycle and thus make addicts seek those chemicals even more so than those vital necessities.

The opioid epidemic is a complex problem that needs solving on many fronts, and even though much work is being done to fight it, it is still a major problem. Drug-related deaths in the U.S. continue to rise, and even though prescribing is on the decline, it is still three times as high as it was in 1999.

However, there might be light at the end of the tunnel. Baden says “addiction and mental health are becoming more accepted as diseases that must be treated, rather than being seen as ‘moral failure’, even in relapse. We have a long way to go, but the language around this is changing.”