October 30th will forever mark the date that Kevin Spacey came out as a gay man, but at the same time he became someone who was accused of attempting to molest a 14-year-old.

In a bizarre PR spin, he stated that “I now choose to live as a gay man,” in the same statement that addressed allegations of assault by actor Anthony Rapp from 30 years ago; when Spacey was an adult of 26. 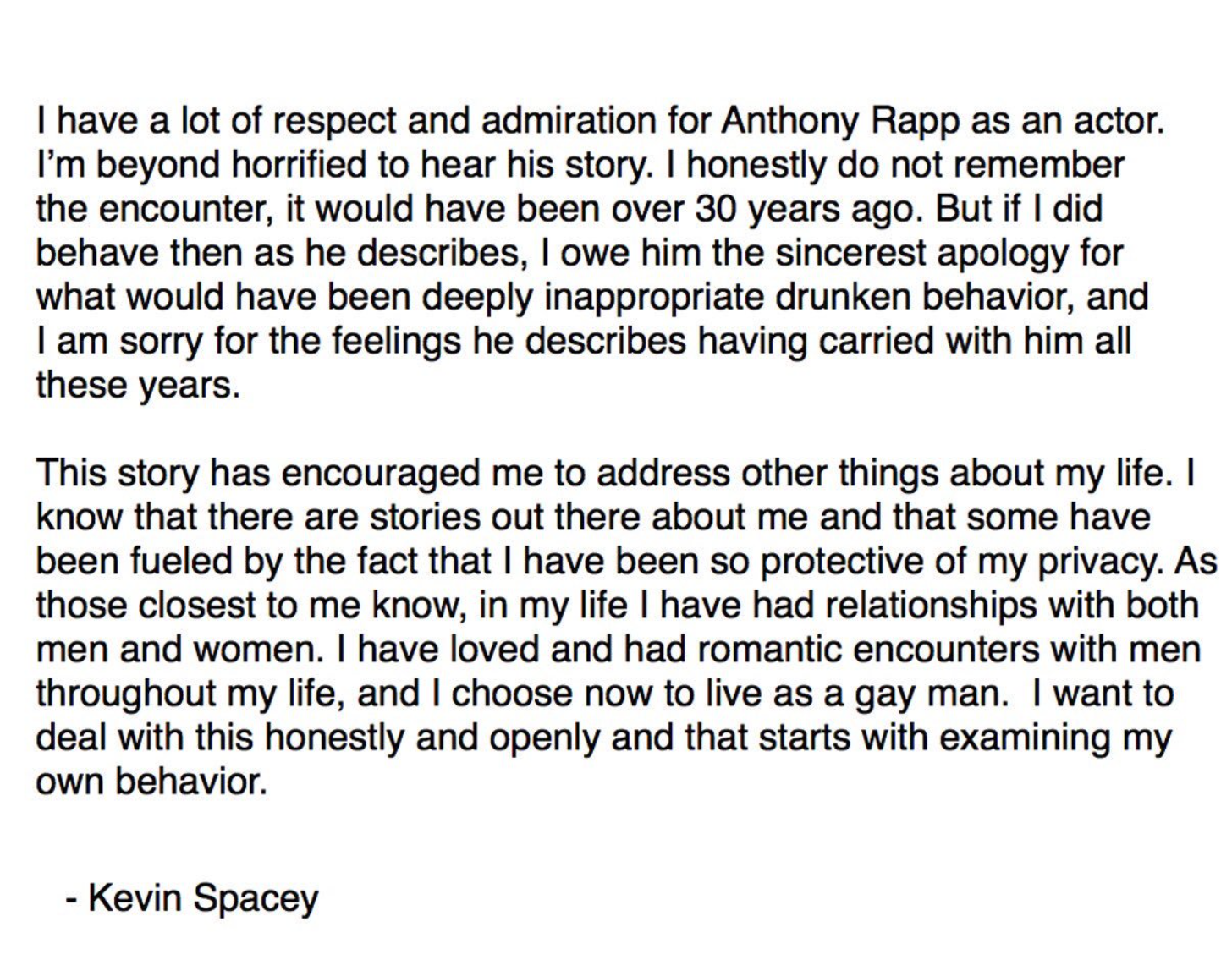 In what is turning out to be just another sting in the tail of the Hollywood sexual assault scandals, Spacey was accused of making drunken sexual advances towards Rapp, which included inviting him to a party at his apartment.

In his interview with BuzzFeed News, Rapp describes the incident as Spacey “trying to seduce me … I was aware that he was trying to get with me sexually.” After allegedly lifting him up “like a groom picks up the bride over the threshold,” and ended up laying on a bed with him.

In his statement Spacey admits he does not remember the incident, but offers his apologies and expresses his appreciation for the actor.

Spacey, who is now 58, began his acting career on the stage and screen during the 1980s. He has appeared in acclaimed films such as The Usual Suspects and American Beauty. The latter of which led to an Academy Award for Best Actor at the 2000 Oscars. More recently, he played the lead role in the Netflix original, House of Cards. That series has now been cancelled due to the allegations made against the actor. However, throughout his career there have been consistent rumours circulating and press interest about his sexuality.

The recent sexual harassment scandal engrossing Hollywood currently is far worst than just Spacey. Recently over 50 women have accused producer Harvey Weinstein of unwanted sexual advances over numerous decades; including seven in the UK that Scotland Yard are investigating. Actress Rose McGowan is one of those who has spoken out, saying she was offered $1 million to remain silent.

As hard as it may have been for Spacey to admit and announce his sexuality publicly, doing it in the same statement that apologises for not just assault but attempted child molestation, is fundamentally wrong. 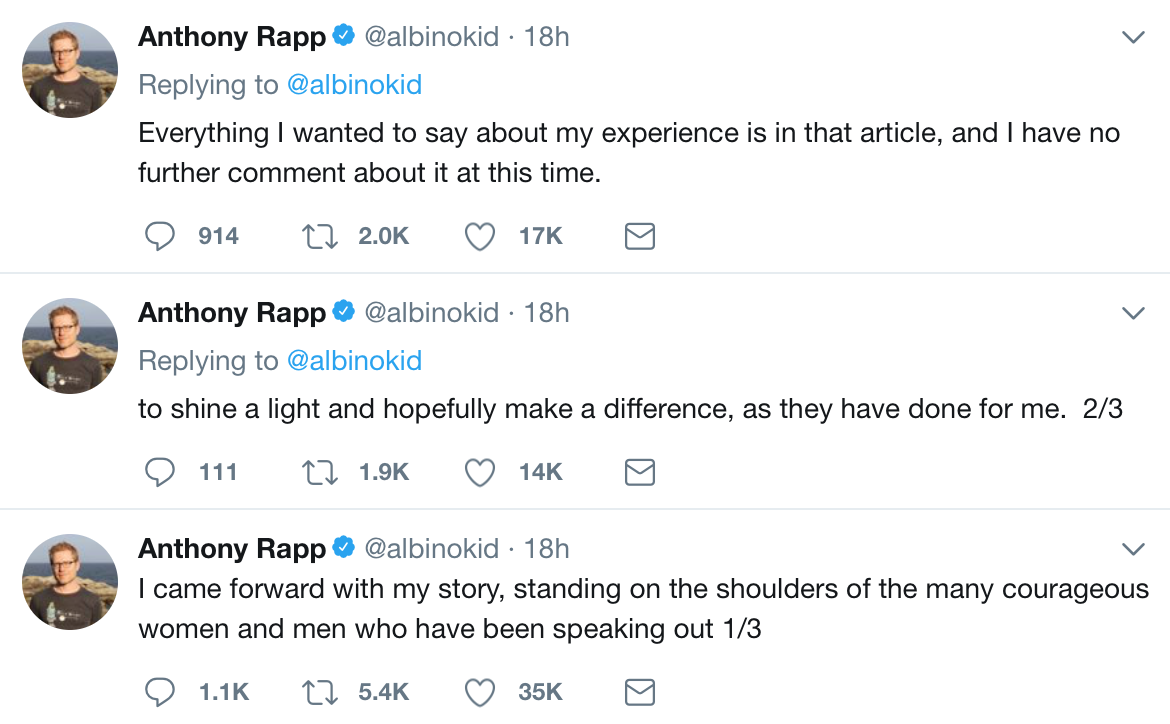 Tweets from Anthony Repp who is accusing Spacey of assault.

Too many times LGBTQ+ people have been used as scapegoats for other wrongdoings. The LGBT community is finally making headway in terms of civil rights, this news is just another blow to the people who have been fighting the hardest to change perceptions and gain respect.

What is the most troubling part of this saga is not just the act itself, but the fact that it places the historical myth that gay men were proven child molesters firmly back in the public consciousness.

Any correlation between gay men being more likely to be paedophiles has been scientifically disproven multiple times. Spacey’s actions will only serve to reignite a stigma that gay people have desperately been trying to shake off.

Coming out is usually a celebration of oneself, but for him, it should be the antithesis of this.