Radio 1 at 50: Fighting to stay relevant

Radio 1 has been “entertaining and engaging a broad range of young listeners with a distinctive mix of contemporary music and speech” for 50 years, which is its remit, according to the BBC Trust.

To celebrate this birthday the station has launched Radio 1 Vintage, essentially playing hour-long reruns of former shows. The vintage doesn’t exactly follow their contemporary vision, but it is consistent.

This isn’t a new issue, even at its birth the station was playing catch-up to an underground movement of ‘pirate’ stations. Now a more eclectic online radio network attracts the interest of young listeners just as the outlaws did before them.

The question is not whether Radio 1 is mimicking the underground: this is the basis the station was built around. The real news here is that 50 years on, Radio 1 is still behind in diversifying and educating young people with the same range of worldwide culture that the online stations are exposing so well. Due to the station’s long-established reach and its funding source, it has a moral obligation in performing its self-imposed remit.

Three of the major online stations include: Balamii, a new station from Peckham whose founder James Browning says: “Traditional FM radio is no longer relevant.” Secondly Radar, whose management team agree, insisting that “The beauty of the internet is that we can say or do what we want.” Finally NTS Radio, hailed overall best online radio station by streaming platform Mixcloud, has the tag line ‘Don’t Assume’. It is this forward-thinking approach to broadcasting which has attracted the ears of a diverse audience of more than 700,000 listeners.

Artefact spoke to Ross Allen, a veteran in his field, who won a Sony Award for his work for Radio London between 1995 to 2004, he also presented shows on BBC Radios 1 and 6. Ross has also broadcast on pirate stations and more recently online outlets like NTS Radio, always playing his varied style of niche and obscure records. 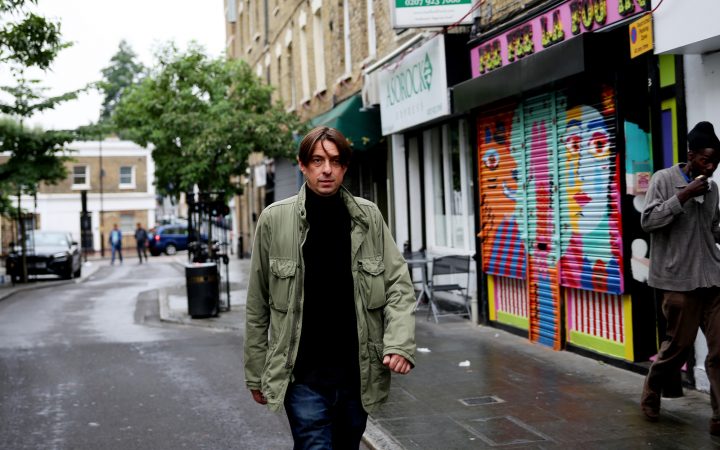 What online stations like NTS Radio offer is highly curated content, made by a roster of DJs who cater for an audience which craves more than your average listener. They are able to do this due to the power of the internet as well as their wide connection of local as well as internationally recognised DJs.

It’s truly spectacular when looking at the schedule. At one end you may have guest appearances from techno giants such as Nina Kraviz, while at the other you can be tuning in to the bi-weekly Gaza Strip show broadcasting the finest R’n’B, dancehall with a Middle Eastern flavour.

Commercial stations like Radio 1 cannot compete with the eclecticism of stations like NTS. “It’s like any corporation, it’s like a massive boat that takes you ages to turn, but if you’re in a little speed boat you can play whatever you want.” says Ross.

“It’s interesting in the way NTS works, as it seems like a real success story and yet it is so liberal in its ethos.” Perhaps this is what attracts the younger demographic to this community of online radio: “It’s all about niches now”, and it is the niche that this younger, musically orientated demographic crave.

“The future of radio is online,” predicts Ross. Why? Well the power of the internet allows these stations to become more than radio. With countless shows recorded onto the site, a vast collection of varied music remains free for the user’s enjoyment.

This model mimics the structure of streaming services like Spotify or Tidal, their playlist allow the user to listen to shows on demand. Shows have track lists attached to them to give the user the ability to identify and purchase new music.

The point here is that with so much choice of varied music online it’s easy to see how Radio 1 is struggling to keep up. “I think possibly the reason that Radio 1 is suffering so much now is because everyone can get what they want instantaneously. There was only an x amount of radio stations in the 70s and 80s and that was why that content was sort of watered down and that’s why the pirates came along,” recalls Ross.

Today the same story applies, because so much content is available at the touch of a button it’s easy to tell why younger audiences look to online stations to access that niche. “This whole online thing is great because you just go to your computer, before it was hard work to access that underground music.”

This is where streaming services come into play, it’s where younger listeners and major labels find new artists… “I’m at a major record label at least once a week and every time you go in there the talk is of Spotify not of Radio 1 where as before the talk was of Radio 1,” Ross tells us. 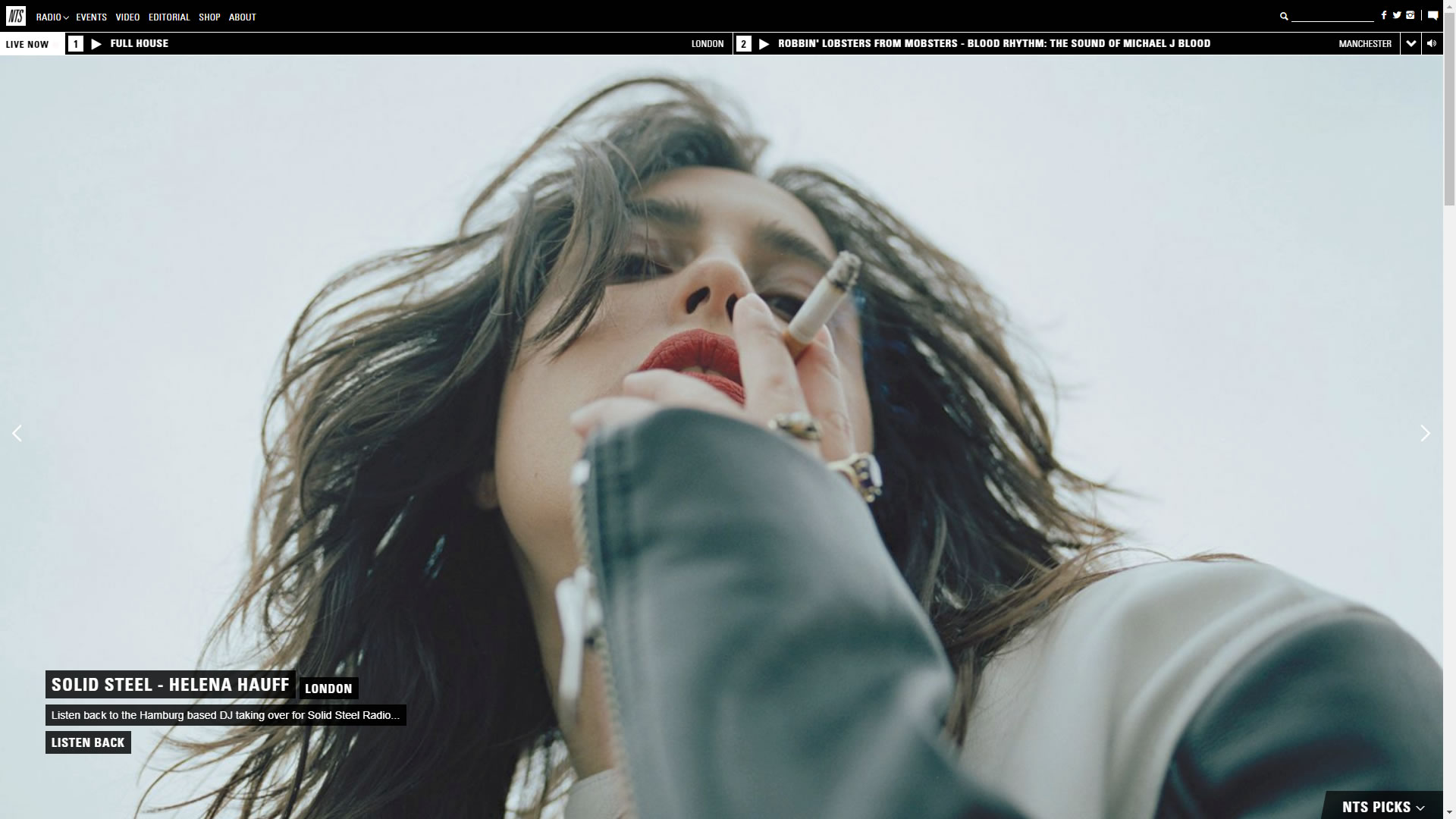 However, Ross also believes Radio 1 is now following a whole process of music streaming: “70% of the music we play on this station isn’t on Spotify, and in a way that also gives NTS another reason for its existence. Whereas probably 99% of most music played on Radio 1 and all those other stations is on Spotify.

“What you’ve really kind of got are commercial radio stations, what NTS do and stations akin to that and then you’ve got Spotify. The reality of it is Spotify and the commercial stations almost cancel each other out so you’re left with NTS,” he tells us.

“Spotify is way ahead of commercial radio musically in terms of being on it, and the NTS like stations are going in on an even deeper level than Spotify. If you get into enough specialist music (from stations like NTS) and the Spotify team gets hold of that and if it and it bubbles up through that it will go into a Spotify playlist then potentially someone at Radio 1 will recognise this music, but year has gone by after it was played on NTS.”

Essentially what is happening here is that Radio 1 isn’t keeping up with advances made in new music, so listeners who want truly new releases in certain niches are tuning in to online radio. This is to be expected from commercial stations but is it something that needs to be changed? 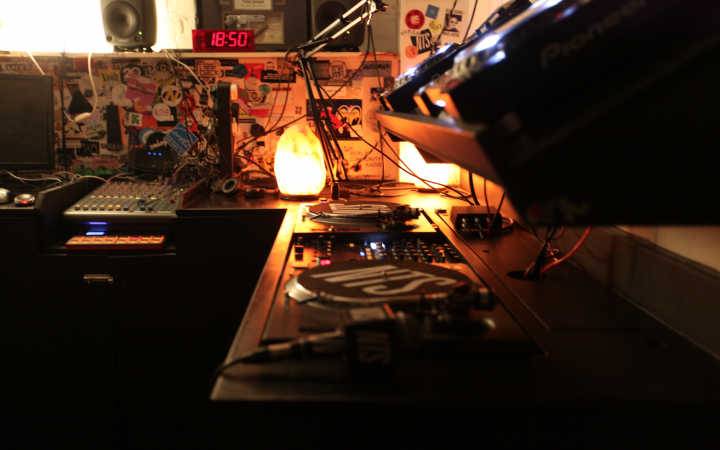 This translates to musical freedom. In order to keep ratings up they are forced to play musicians who match the station’s market and have national name recognition, or are simply backed by big budget promotional campaigns.

Even if commercial radio does diversify in content they seem to water things down. Ross recalls Radio 1’s obscure presentation of Glamma Kid: “Back in the day someone like Glamma Kid who was hot on the underground got signed up. When he made his record that they wanted to get on Radio 1, they had him signing over a Chic record but he was originally doing pure bashmore.

“The reason they got him to do that was because they wanted to get him on Radio 1, and that’s just an example of that sort of bleached out, ‘middle of the roadness’ that they would play on radio. He did get played there but it didn’t do his career any good because the streets said we don’t want to hear any of that we want to hear the stuff he was doing originally,” Ross explains.

This is the fundamental reason for Radio 1’s decline in the younger demographic. As the station is trying to cater for everyone’s taste they fail in providing their intended audience with what they want to hear. “It’s exactly because of that that pirate radio started because Radio 1 in particular are trying to attract the broadest reach of people but everything starts in a niche,” Ross reiterates.

It can definitely be said that commercial radio’s big budget allows for their presenters to invite celebrity guests to play games on air, have scoops on exclusive big name interviews and curate Live Lounge performances.

However, there still seems to be an absence of audience involvement unlike that of online stations. There seems to be a gap between artist and audience, unlike that of Boiler Room. Boiler Room is a multimedia streaming service broadcasting a live video feed of shows, a live comments section as well as a background community of listeners circling the DJ performing. This is true engagement with fans. 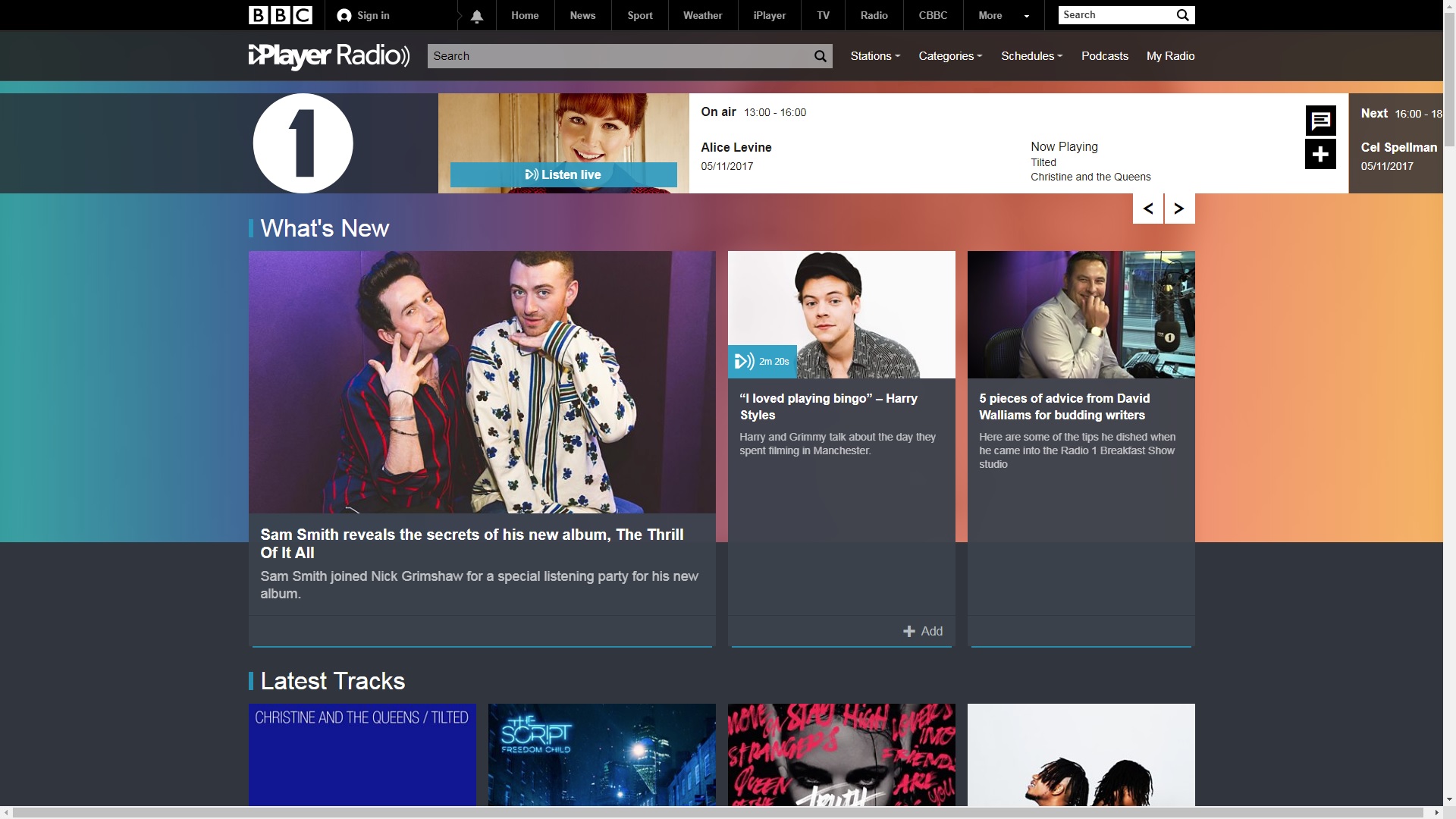 Another problem for commercial station lies in a lack of fresh talent to present the shows: “I’m always looking for fresh new talent, for the next set of presenters, but I think it’s really weird how it’s getting harder.” says Ben Cooper, the Controller of Radio 1.

Perhaps Radio 1 is focusing too much on quirky presenters to attract their listening base. Is it possible to adopt an online radio platform which puts its focus on shows rather than presenters? Ross elaborates on the distinction between the two stations.

“Radio 1 is going back to that sort of presenter-led thing, characterful individuals and music that’s cream of the crop if you’re into the world of pop and it lives or dies by being that, whereas NTS and pirate stations before that said we don’t put too much emphasis on what people that are presenting it are like, we’re just gonna play the music and if people like it this is where we are, it’s about the music.”

Therefore the question is: does the music influences young listeners or do the presenters? It’s also important to note that Ross’s own opinion stretches to genuine presenters being a good thing.

“It comes down to that cult of personality or great tunes. I think it’s best to have a little bit of both. That’s what I’ve always tried to do.” A focus on presenters or music is an age old question but it’s something that Radio 1 can think about to increase its youthful listenership.

Essentially, the idea to put forward from this comparison of various radio platforms is that the future of radio is really online, with stations like NTS leading the charge.

As for Radio 1, Ross summaries the platform beautifully: “At it’s heart it’s a national cultural body that reflects, albeit slightly delayed, what is going on in this country, because this country is such a mad meltdown of everything.”

At the same time he goes on to say that this broad approach of giving only a taste of various genres could be Radio 1’s downfall: “I’ve just sat here saying that that’s one of the reasons why it’s not doing so well, but I think that it really is because now you’ve got so much choice where as before you didn’t have.”

In an age where everything is so easily accessible due to the internet people are turning to the more obscure niche of music to fulfil their appetite for new music.

Perhaps this is what is needed to attract a younger audience to the station, but are Radio 1 willing to broaden their roster to suit this demographic and progress into the future or are they stuck too deep in an archaic model that is speedily becoming outdated?

What we do know is that for younger audiences “everything is about the niches at the moment” and Radio 1’s competitors believe they are “perfectly placed to serve that.”

Featured image by Lee Edmenson and Charlie Cook for BBC