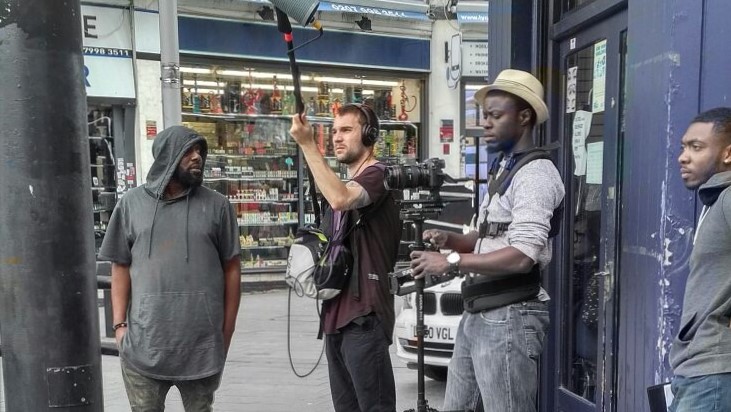 Niyi Towolawi is a British and Nigerian film-maker who has won several awards in his time producing, directing and creating film content. His award-winning films have merged Hollywood and Nollywood platforms together to create ‘mixed’ and ‘multicultural’ film content which is a rapidly growing trend.

Mostly, British and Hollywood films have been at the top of the list globally, followed by Bollywood (Indian Film industry) and Nollywood (Nigerian film industry).

Nollywood in particular has a very fast paced growth with new films being released daily, which is contributing to its global recognition. This recognition is encouraging the different industries across the world to come together and create new content expanding new audience types.

Niyi’s film Desecration is an example of a merger between Nigerian and British actors. Rita Dominic, one of Nigeria’s leading actresses, came to the UK to participate in the movie that was shot here alongside UK-based actresses, one of which was Nicola Alexis.

With some Nollywood film-makers working on a new production every week, the Nollywood scene is spreading across Africa reaching the film industries in Uganda, Ghana and Cameroon.

UK-based Cameroonian media producer Dorothy Diamond has invited actors from Cameroon to feature alongside UK-based actors in her new picture Curtains; shot in Britain it will be showcased at the Odeon cinema Greenwich on November 24.

Examples of other films that have merged the African and western film industries include 30 Days in Atlanta directed by Robert Peters featuring American actor Vivica Fox and Desmond Elliot from Nigeria, and The Mirror Boy directed by Obi Emelonye, filmed in the UK and Gambia and featuring actors from both countries as well as from Nigeria.

Turning point, is an example of Niyi’s pieces of work. It was shot in America and featured American and Nigerian actors. Both it and Desecration have been nominated in various categories this year at the at the BEFTA (Black entertainment film fashion television and arts), African Film awards and Cameroonian academy awards, which are all taking place in the UK.

With nominations that cover best director, best screenplay, best feature film, best actor and best actress, the multicultural film maker could even be scooping awards next year as his most recent work is yet another African film called BUSH.

This feature was shot in London over the summer, and its producer Goretti Etchu-Egbe, had also premiered a film called Woman at the Odeon Cinema in Greenwhich two years ago which sold out. 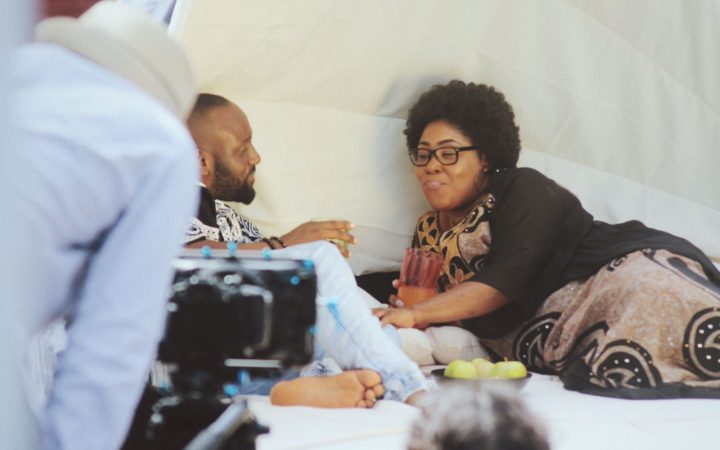 Because he is creating films that potentially have different audience types Niyi is interested in the reaction of different audiences are when they watch his films: “Desecration is a perfect example of this. It was well received. It touched on various issues. Both expectations and reactions differed in different places. The prospect of an interracial couple was not really picked up by Nigerian cinema audiences but was a big deal by UK audiences.”

At the beginning of November this year he will take a slate of several ideas he has to the American Film Market (AFM) in Santa Monica, California. Later in the month he will also be attending the Nollywood Summit where practitioners from around the world will be coming together to attract foreign investment into Nigeria, boosting the Nollywood industry further, which in turn will widen the multicultural film market.

Although Niyi’s full time job is film making. His journey into the arts world started very early on in his child hood. He recalls visually putting things into a box and creating a ‘realistic world’, he would pay attention to detail and still has this habit when making films.

At 27 he began shooting and filmed his first feature film at 29. He goes on to say that most of his film ideas have often appeared to him in dreams and when ill or slightly stressed the dreams can become quite gloomy and disturbing which he says creates great conflict stories.

Even though great ideas may appear to Niyi in dreams he does say the hardest part of his job is having the motivation to continue film making and that comes from the fear of failing: “When I see films being created for $200million I cannot help but ask myself if I’m capable of creating a film like that,” he tells us.

“But when I break down the films and realise they are like the films I am creating but on a larger scale with more resources and investment, for that I am compelled to keep striving for better rather than settling for a local champion title.”

Not only does constant striving to be better matter to Niyi, he also makes sure he has his three essentials when making a film. Those are: a hat, a pencil and a script.

Every time he works on a new project he has a new hat: “I never consciously had a relationship with the hats, it’s just something I did. But when I never had a hat on people started to question why I never had one on. So now the hat is part of my film making package,” he says.

“A pencil is essential, on and off set I can jot down ideas and cancel out unnecessary lines in the script and have the option to rub out the changes again.  Scripts are an absolute essential, a lot of the African actors I have worked with do not work with a script but this gives them a complete guide on what they should be saying so they do not go off topic. With other actors the script is simply the script and when learnt it makes filming a lot easier.” 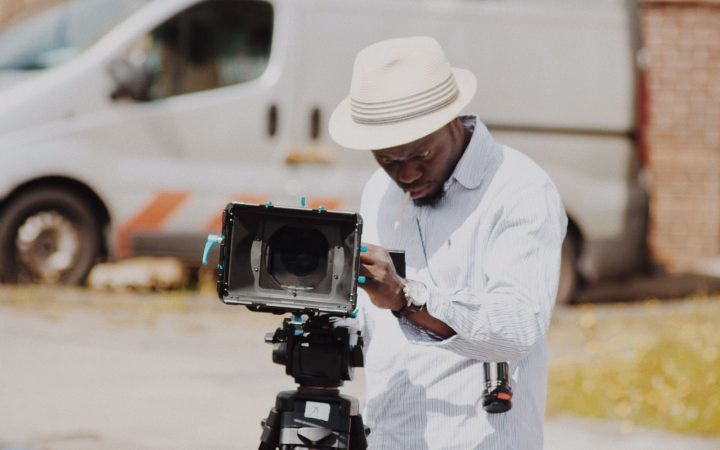 Niyi all set with his hat and pencil

Ultimately, the growth of African cinema and online streaming has encouraged African Film makers and investors that the higher quality the film is the better the return. This has encouraged more and more film makers and artistic people in Africa to attend specialist schools that are required for their field.

Overall the makes the movies more valuable and appreciated; some actors and actresses in Africa are now attending some of the best acting and drama schools in world and the quality of this training shows on screen.

However, although the African film industry is growing it can also have its downsides. Some think because the growth has been so rapid they can just become a film maker or producer overnight.

It is still a craft and a field that people need to educate themselves on if they want to involve themselves. Some invest a lot of money in films without any knowledge of the film, production team or cast. They simply gamble their money based on assumption.

Niyi is very clear about this: “Take your time to understand what the film industry is, do not pay a director to experiment with your money. Take the time to read books or take on a course that will educate you on what you are involving yourself in. Nobody will respect you, invest in you or appreciate you if you do not demonstrate you know what you are doing.”