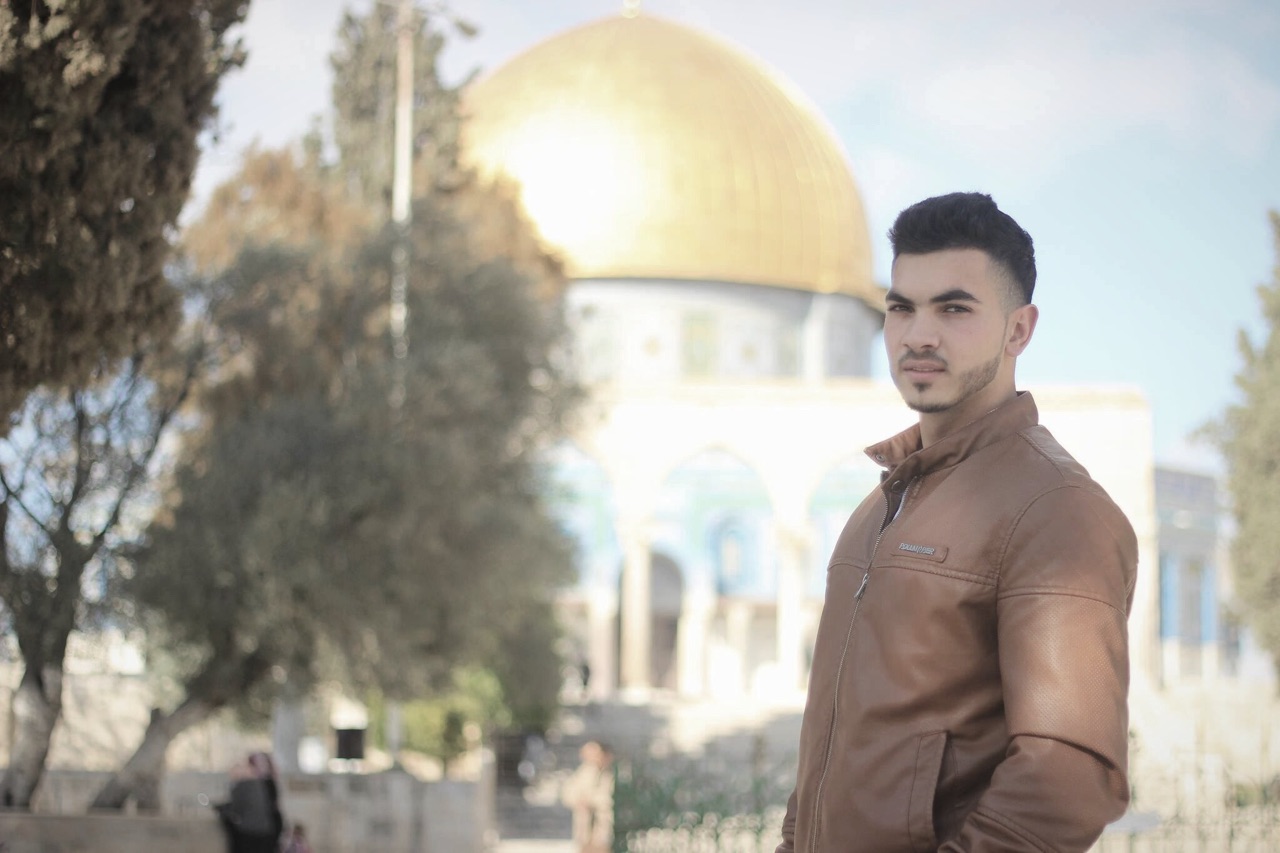 Just another week in Palestine:

All in one week, in one country, against one identity. Because being a Palestinian is a crime.

It is the world’s most controversial conflict yet, as it disgracefully proceeds with more bloodshed and massacres, a shameful silence also grows towards the contentious issue.

November 2, 2017, will mark the centenary of the Balfour Declaration. But do you hear a moment of silence? No.

Theresa May invited Israeli Prime Minister Benjamin Netanyahu to commemorate the anniversary of the occasion, a celebration generously hosted by the Lords Balfour and Rothschild which Jeremy Corbyn refused to attend.

The 67 word proclamation issued by then British Foreign Secretary, Arthur Balfour to Lord Walter Rothschild, a British Zionist leader, is said to have led to the formation of the state of Israel, sparked the Israeli-Palestinian dispute and the ceaseless ‘Nakba’ – the ethnic cleansing of the Palestinians.

The controversial pledge included “a national home for the Jewish people” stated in the document, which was seen as the long-awaited permission for the Zionists to create a Jewish state, even though Britain bore no legal rights nor any moral grounds to promise one people’s land to another.

In other words, explicit as it may be and whether it was knowingly or unknowingly, the blood-drenched letter which foreordained the history of the Middle East was a form of British colonisation. 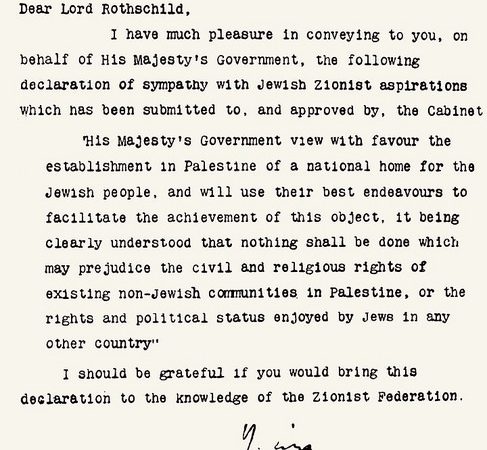 In February 2017, more than 13,500 people signed a parliamentary petition launched by the Palestine Return Centre calling for the Government to “openly apologise to the Palestinian people” over the Balfour letter, saying the UK’s colonial policy caused “mass displacement” and injustice.

Yet, the Government remain steadfast in their denial and responded by saying: “The Balfour Declaration is a historic statement for which HMG (Her Majesty’s Government) does not intend to apologise, we are proud of our role in creating the State of Israel. The task now is to encourage moves towards peace.”

After the formation of Israel in 1948, and with a guarantee of help from the British, Israeli leaders were quick to take action as their British-trained troops invaded Palestine, resulting in at least 750,000 civilians being expelled, and exactly 678 villages destroyed or occupied.

Muhammad Samir, 21, is a Palestinian resident living in the village of Sur Baher, one of the 678 villages captured by Israel in 1967.

He told Artefact how their daily routines are affected by regular harassment and disturbances caused by the Israeli military and settlers. The risk and fear of being molested, shot and harassed is “rampant”, he states.

Samir talks of his day starting at 6:00am to avoid being late for university as the struggle of getting through Israeli checkpoints impedes his daily commute. What should be a regular 30 minute trip turns into a potentially deadly two-hour journey.

It’s a route where, at the checkpoints, men who suffer from high blood pressure or asthma faint and collapse, and sudden cases of heart attacks are frequent. Samir also knows of girls being molested and reports of innocent children being harmed and he says it’s all too common to not be scared.

Although he enjoys studying sociology at Palestine Ahliya University, this line of career wasn’t his original plan. A long-term ambition of Samir’s was to become a firefighter but once he began fighting for his rights and freedom his dreams were extinguished: “I cannot work as a firefighter as the Israeli police have a file on me because of my involvement in demonstrations,” he explains.

Samir tells us more about why he got involved in protests: “It was in August of 2014, there was anger in the Palestinian streets because of the settlers’ violations of the Al-Aqsa Mosque and their persistency at it. In the same week the settlers kidnapped a 16-year-old child named Mohammed Abu Khudair.

“He was heading to the Al-Aqsa Mosque for the dawn prayer at 4:00am. He had stopped at a shop to wait for his friends when he was approached by three Israeli men. The child screamed but was unable to resist as they kidnapped him and fled,” Samir recounted.

“Some Palestinian youths witnessed this scene and tried catching up with them but failed. They told the father of the child and contacted the police but there was no result. “The three settlers beat the child and forced him to drink gasoline. He begged them to leave him. But it was useless and one of the settlers sprayed petrol on the body of the child setting him on fire in a forest near Deir Yasmin.”

This incident led to violent demonstrations which almost caused to a third ‘intifada’ or uprising. Samir was also involved in the protests in Jerusalem and on a Thursday night shortly after, while protesting, Samir was ambushed by Israeli soldiers who were undercover disguised as other protestors.

Samir was arrested and physically beaten by the soldiers: “The soldiers hit me severely and strongly, beating me in sensitive areas and insulting my parents. They interrogated me and took me to court. After two months of deferred court appearances, I was sentenced to five months for stone-throwing.” 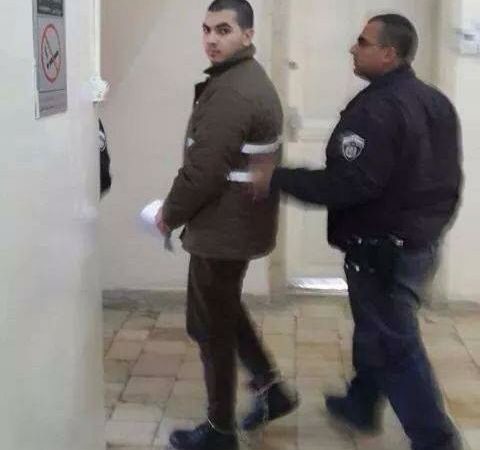 When asked about his hopes of freedom, he answered nervously, “Freedom? No, I don’t think about freedom.”

Though they have succeeded in providing facilities and established multiple schools and clinics, the establishment of a political state of Palestine seems to be futile.

More time is spent engaging in either seeking revenge through violent attacks against IDF (Israeli Defence Force) or competing with other political parties, the most popular being Hamas and Fatah.

Samir told us of his personal views living under such intense ideologies and unstable circumstances: “The Palestinian political situation is very weak. The Arab countries left our cause in 1948. The political parties in Palestine are looking for personal interests,” he said.

“As we see, the political parties are fighting each other and forget the existence of the Israeli occupation, especially the Palestinian liberation movement. They all have the same goal but they can never come to an agreement between them and are oblivious that this is what the Israeli government wants; an internal conflict amongst the Palestinian politicians so they are distracted and forget the existence of occupation,” he explained.

“In my opinion, and having lived in Palestine under occupation all my life, I can see the Palestinian issue is being scaled down so that it ends with the existence of an Israeli state who think they have the right uproot and steal our property.”

To mark the 100th year since Britain promised Palestine to the Jewish people, Samir and his family plan to remain at home while hearing the celebrations erupt in the streets and watch the Israeli prime minister Benjamin Netanyahu dine with Theresa May.

“I do not think any of us Palestinians are doing anything in the memory of the Balfour Declaration, because it destroyed Palestine. It has destroyed a lot of our past and will continue to do so in the present and future,” Samir said.

Laughing, he chanted the popular saying echoed in the streets of Palestine, “Remember, remember, the 4th of November!”.