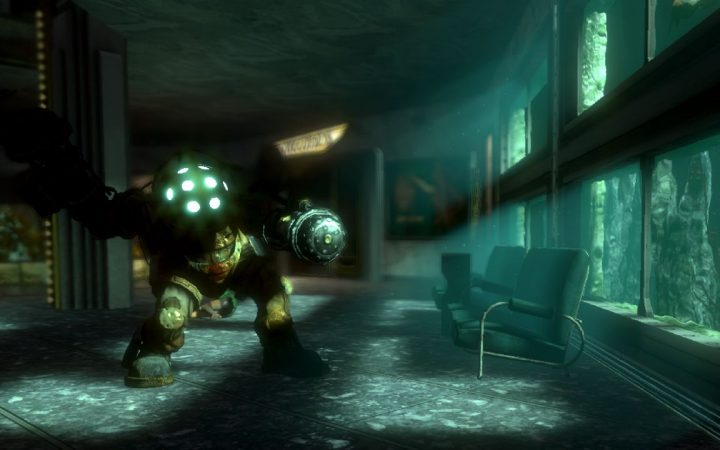 Sat in a dimly lit bedroom with the chunky Xbox One controller held tightly between sweaty palms: Bioshock is back on the gaming agenda for a weekend bender of gaming. There’s just something satisfying about throwing a blast of fire out of the palm of your hand at a mentally unstable Splicer. What’s even more satisfying is watching it squirm helplessly, until it is nothing but an illuminous, charred body on the floor. That is, of course, if you’re not sidetracked by the unexplainable beauty of the underwater scenery where this masterpiece of a game is set.

A deep blue sea, with scurries of fish whizzing past the glass bathysphere’s, glimmer under the luminous underwater buildings that become blurred in the distance. Your immediate surroundings are something of a futuristic, technical hell, which no matter how hard you try, you cannot turn away from. In Rapture’s dishevelled state, the contrast between beauty and nightmare is one of a fascinating balance. The artwork is beautifully enticing.

Another spliff heightens a sense of calm, and now Bioshock sounds just as great as it looks. The swooshing of the deep blue sea echoes not only in the clear glass corridors where your character, Jack, is heavily clunking along but flows into my bedroom as well. The whizzing sound of security bots attacks my mind until my head is whizzing too. 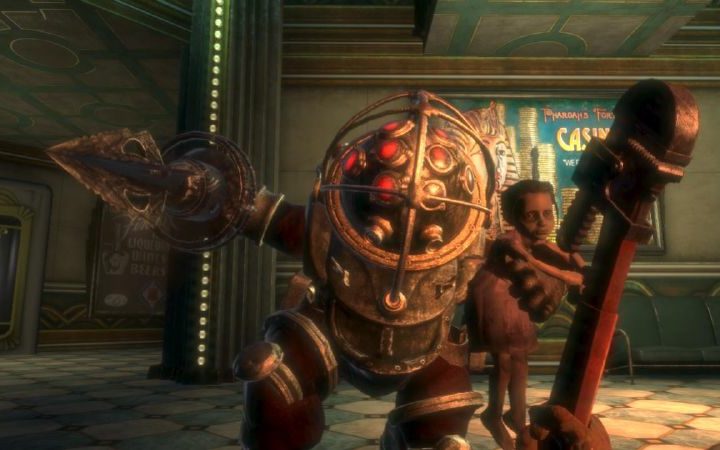 Too late. A big chunky daddy throws himself at us, and Jack, our oddly compliable character flies across the room, losing the majority of his health. Whose health wouldn’t evaporate when a huge hunk of walking, groaning metal throws himself at you?

Suddenly the alarm goes off, making me jump ten feet out of my skin. Guessing that this was it, the console gets shut down and put away. Time to be somewhat productive. But for some gamers, being able to put down the console and seep back into the real world without thinking twice about it, is almost impossible. Some gamers cannot put their consoles down at all, and for them, it is becoming a very real problem.

Research by Chan and Vorderer in 2009, showed that 21 per cent of gamers develop a dependency on gaming and are at a risk of developing further psychological and behavioural problems. Another study by Oxford University, suggests that 11 per cent of those report significant distress and anxiety when taken away from their consoles. Another study suggests that more than 80,000 adults in the UK have a problem with gaming, with the numbers continuously growing.

Although an addiction like this may not be considered to be an actual problem, let alone an addiction by medical professionals here in the UK,  for those whose lives have been affected or interrupted by gaming can explicitly explain how much of an issue it can be, and how it has directly impacted their everyday life.

For 26-year-old Lee, his casual interest in gaming definitely turned into something deeper: “I wouldn’t say I have an addiction, but my gaming is definitely an issue,” Lee tells Artefact.

“My first console was the PlayStation One. I was about ten at the time and in the care system, so having a console of any kind was a bonus. At that age and being in care, the littlest of things mean so much. But to have a console, my mind was blown,” Lee explains. 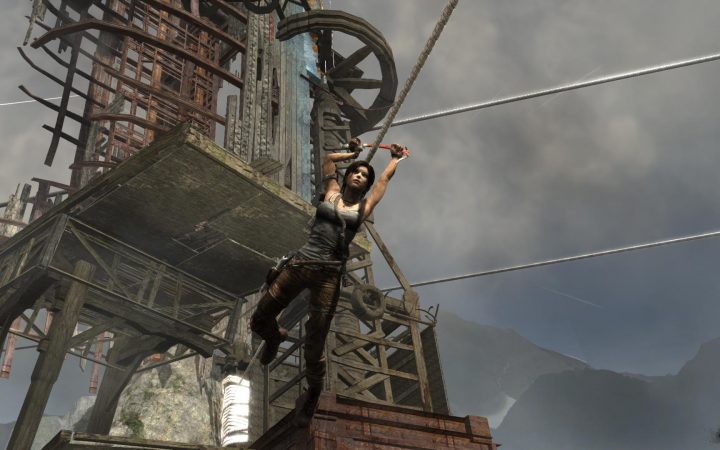 “Crash Bandicoot, Oddworld: Abe’s Oddysee, Tomb Raider and Spyro the Dragon were the first set of games that I played, and even now, they are my nostalgia. I still have my first PlayStation and sometimes get it out just to play them.”

Lee found himself in care after his mother died when he was just six-years-old. His father’s work meant that he couldn’t take care of Lee as he would have liked. “I don’t blame my Dad for not being there as much as both of us would have liked, but I think that’s where my problem with gaming comes from.”

“When I was 16, I went to college and met Kelly, and we soon started dating. At 18, the care system helped me to get a place, and we moved in together. With Kelly, things seemed to get better. Our relationship was good, and we saw my Dad more often,” Lee explains.

“Even though our relationship was good, to begin with, my love for gaming grew and grew. It gives me some sort of emotional support, something that I feel I’ve never got. It sounds ridiculous I know, but it’s the only way I can explain it.”

His problem with gaming caused tensions within his relationship, and they started to argue on a day-to-day basis. “We were always arguing because I spent a lot of time on my consoles. Through arguments, Kelly would try and take my consoles and even broke several. It was really putting a strain on our relationship,” Lee explains.

Kelly, towards the end of their relationship, convinced Lee to take her to Southend, where they would spend the weekend with his father. “We used to go to Southend a lot before my issues with gaming. I’m not proud of this, but on this occasion, I stole over four hundred quid from my Dad to buy a new PlayStation. To be honest, I could have probably just asked.”

“Kelly left me after that and caused tensions between my Dad and me. I don’t speak to him now,” Lee explains disappointedly. For Lee, his addiction to gaming came at a great cost. He lost his girlfriend and his father for a life of gaming.

In a recent study, it was suggested that a gaming addiction could often be linked to the person’s need for emotional affection, just as Lee himself suggested. The same study went on to suggest that, the need of emotional affection is stimulated by the act of gaming itself. The actual addiction, however, is seeded in the same regions of the brain responsible for craving alcohol or drugs in addicts.

Just like Lee, 25 year-old Tom had a problem with playing: “I was a kid when I started playing video games. By 19, I had dropped out of college because of gaming,” Tom explains. 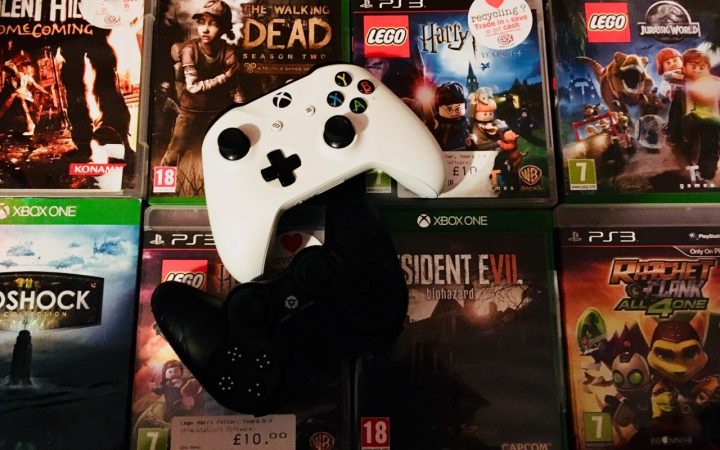 Tom’s interest in consoles and video games started off innocently. He began with football games, and these are something of a throwback for him. “I’d spend three days straight playing games before I’d crash out and sleep. Football games will always be my nostalgia, but as my gaming addiction grew, so did my tastes for more intense games like Gears of War, Silent Hill and Bioshock.”

Tom admits his addiction also caused tensions at home: “I stopped going out and helping out with chores around the house. I remember that I went up to a month without even having a shower,” he laughs in a disgusted way at himself.

For his family, this concern for their son turned into resentment: “My Mum would always try to coach me away from my Xbox. I know they were concerned for me and at that time, I didn’t understand it because I couldn’t see that I had a problem.”

“Eventually we were constantly arguing, and my Mum kicked me out. I kind of had no choice but to stop gaming then. I mean, I didn’t stay with one friend longer than two days, so of course, I couldn’t game. I became very angry and anxious because of it,” Tom explains.

“Now I don’t game at all. I put myself back in college, and I started my first year of university last year. I’m also back at my Mum’s house now too. I think I needed to be kicked out to realise I had a problem and that I needed to do something about it. It wasn’t easy because I didn’t get any professional help, but I started doing things for my future to distract myself from gaming. I’m on antidepressants now too, so that helps.”

“Gaming isn’t seen as a proper addiction like gambling or drug addiction, so I’m surprised at myself for being surprised that I didn’t get any help. I’m happy now though, and that’s all that matters.” Unlike Lee, Tom saw that he had a problem and changed his behaviour to benefit himself.

With something like gaming, it is extremely difficult to diagnose someone with an actual addiction, according to a study by the American Academy. According to their recent study, many of the symptoms that are associated with an addiction to video games, can also be found in a variety of mental health issues. Those who tend to play on their consoles show symptoms of anxiety, aggressive outbursts, tiredness and sleeplessness. These are symptoms that can often be related to depression, anxiety and borderline personality, according to the study.

According to more recent studies, a video game addiction is a direct response to a mental health condition like depression. The study suggests that regulating the use of console time could help to prevent further addiction; it also suggests that direct help from therapists to help overcome depression could deter issues with gaming altogether. But what if, for argument’s sake, someone doesn’t suffer from anxiety or depression, yet still, has an issue with gaming?

Unless someone with the addiction has an active diagnosis of a mental health condition, it is almost impossible to access help. For many like Tom, unless they are away from home on a permanent basis, or the console has been taken away altogether, (as suggested by UK Rehab Online), there is no help available to overcome the addiction.

For drug addicts, sex addicts and gambling addicts, help is available through clinical counselling, interventions and rehab, all of which is available through the NHS. Rehab and counselling are all necessary components of recovery to those who are open to the idea of help and stability. But unless gaming is considered as a real issue, the 80,000 people in the UK are going to continue to suffer from their problems with gaming.

Although, for the rest of us, gaming will be nothing more than a blissfully artistic world to escape to when it suits us. A recreational and social experience, away from a fast-paced lifestyle that is sweeping across the UK.