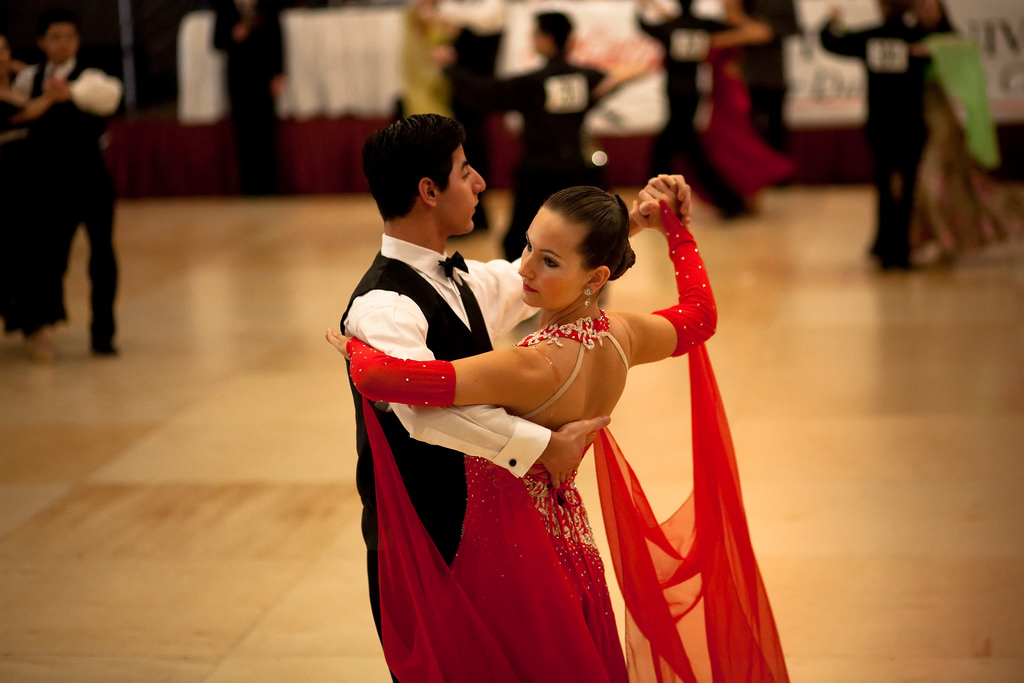 Ballroom dancing is enjoyed a renaissance. It might seem unlikely, in a country where Premier League football and Six Nations rugby matches fill stadiums and watering holes to capacity across the country.

These, however, are dwarfed in comparison by the 10 or more million people that watch the BBC’s Strictly Come Dancing week after week; and year after year. In fact, the series is currently in its 15th year and shows no sign of slowing.

It’s a simple premise. Take a morning news presenter, forgotten girl group member, a soap star or even a former politician. Pair them with a professional dancer, who has the unenviable task of teaching this relative novice a of plethora ballroom and latin dances over the course of a few weeks. These can range from a traditional waltz to an animated Charleston.

On Saturday night, they perform live to a panel of esteemed judges who score their efforts then the British public vote to save their favourite. On paper, the concept sounds almost lame and woeful, like a dog that’s missing a leg and will never win Best in Show at Crufts.

Far from it, audiences lap up every last drop from the prime time Saturday night bowl. 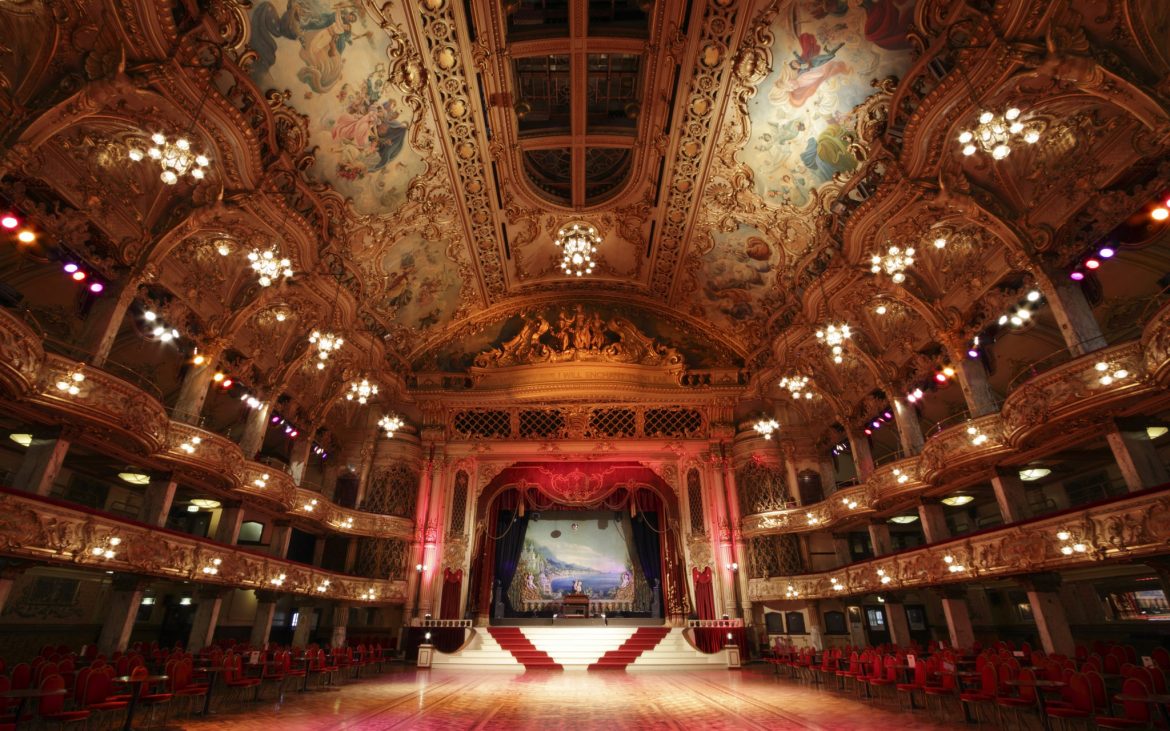 But what about the world of competitive ballroom dancing, a subculture that very few people ever get the chance to witness first hand? Is it all glitter and sequin dresses, tuxedos and merriness, or is there a darker side to this seemingly niche and sedate sport?

Artefact spoke to Bryan Allen, a former dance champion himself, with his wife Ann Baker. He is the current president and chairman of the board of directors for the British Dance Council, a position he has held since 2009.

The council itself has been around since 1929 and in Allen’s own words it’s role is, “to regulate the system of the body that governs ballroom, latin and freestyle dancing in Great Britain.”

Charlotte Banks, is a 19-year-old ballroom dancer for her university Dancesport team. She is currently at a novice level and gave a first hand account: “Competitions are long. We usually have to leave during the early hours of the morning, probably 5.30am, to arrive at the destination at 8:00am and then from there we will be dancing until around 11:00pm.”

Banks says the logistics of these competitions can be quite complex: “There are rounds of each level of dance, so for example there will be around five rounds, where you can be called back each time, each round lasting five minutes. This would just be for beginner waltz, but there’s also beginner cha cha, waltz, jive, quickstep, samba, tango and paso doble. That’s the same for novice and intermediate and then also novice and beginner same sex dances.

“So there is a lot, but it’s really fun! We have to bring a lot of food, probably spend more money on the food than the admission to dance,” she tells us.

As with any form of contest, there is a drive to win from the dancers and to prove they are the best in their field: “Of course there are rivalries because it’s a competitive event,” Allen agrees. 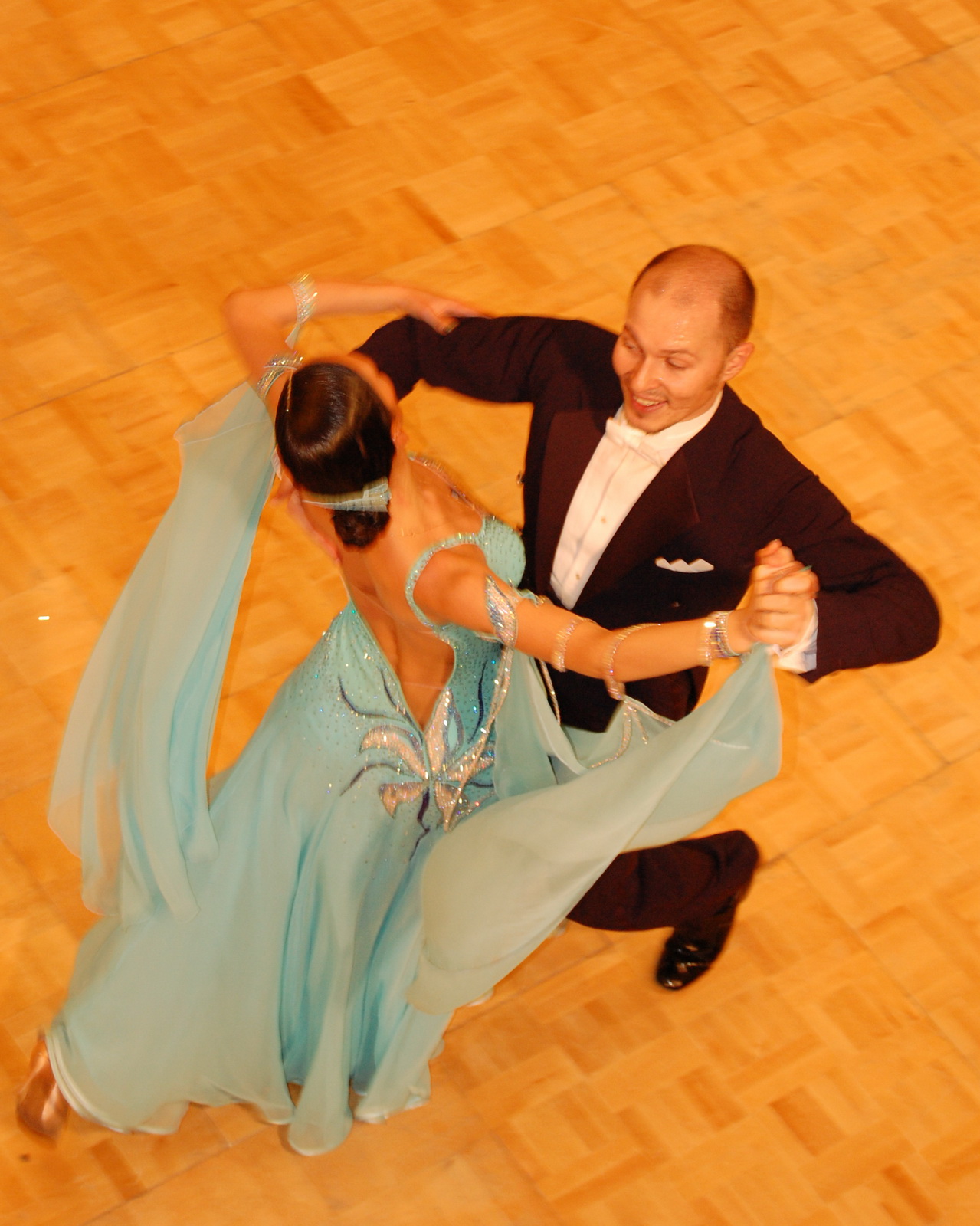 So does this competitiveness ever cross the line into viciousness or insidious behaviour between couples and individuals? “No. Well I’ve never known it and I’ve been involved since 1956. Generally, it’s the case that if a dancer is in trouble, and another dancer can help, they will help,” explained Allen.

He continues to recite an anecdote from his long association with the discipline of competitive ballroom dancing. “I was told a story recently at a funeral about this dancer who, years ago, was in a competition and somebody else’s car had broken down. He drove them home, going 15 or 20 miles out of his way. That’s the sort of spirit there is in the competitive world.” He sounds content and satisfied about how sociable and clean the sport’s record is.

We wanted to follow this with Banks, someone who is currently on the front line; she told us that while there wasn’t much bad blood in the competitions there were sometimes issues off the dance floor: “Whilst being in the executive committee, [there was a] lot of bitchiness targeted mainly at myself which isn’t very pleasant.”

Banks also brings light to an inequality between the university teams, one Allen seems unaware off. “I always found it unfair at Blackpool where larger, posher, university’s like Oxford and Cambridge train their beginners for multiple years before they can compete.

“At most other universities, students start competing after only a couple months of learning the dance. You can compete as beginner for a year, then you cannot do that again, but if you train and don’t compete then you can still compete. So basically Oxbridge are cheating without actually cheating,” she said.

Ballroom dancing, although popularised on television, still seems to lack mainstream appeal for the many tournaments that are held both domestically and internationally.

Allen takes a different view: “It is in the mainstream. It’s just a fact, it’s a worldwide thing. The World Dance Council has 80 member countries. It’s just not a spectator sport.”

Strictly Come Dancing has become a hugely popular show in terms of ratings for the BBC, but this was not the first time dance competitions appeared on our screens. Launched in 1950 and running until 1998, Come Dancing was the original incarnation, which Allen tells us he was on for many years as a professional, although he said it lacked the celebrity aspect of its modern counterpart. Instead, it focused on regional teams going head-to-head for an annual trophy.

So what impact these works of television have had on ballroom? “Well it’s done it no harm, but they are entertainment programmes. In competitive dancing they do the same dance so there is a comparison, although the format is quite different for television,” Allen tells us.

Banks offers a different perspective, stating that Strictly isn’t the only reason her team mates began competitive dance: “Quite a lot of the dancers that are on my team have done it previously, since they were very young. Not many people have told me they joined because of Strictly if I’m honest.”

As with any form of physical activity, dancing has health benefits associated with it: “I have been asked why I’m so enthusiastic about dancing – I say it’s the only thing I know that has three medically approved benefits,” Allen says.

“It’s good for you physically, mentally and socially. I’ve still not found anything else that has those three. Recommended by many doctors, people who have had mild heart attacks and are told to take up mild exercise and dancing can be as mild or energetic as you wish.”

For Banks however, she expressed more gratification for the sport. “I have just really enjoyed my experience learning. I have been very lucky to have the opportunity to be taught by professional dancers themselves and it is something I’ll be eternally grateful for.”

The future, as with anything is unknown. Strictly Come Dancing however, will almost certainly continue until the ratings dip below the perceived threshold for euthanasia at the BBC.

As for ballroom dancing itself, Allen sees it going more global, specifically to the Far East: “The biggest growth at the moment is from China,” he says. It is a shift in diversity that should be beneficial to a pastime that many see as being the domain of mature, white people.