With more than 600,000 Rohingyans forced to cross into Bangladesh and seek refuge, the statistics on brutal attacks and aggression are outrageously increasing day by day, all due to the inter-communal violence, and extreme radicalisation inflicted by the Burmese army.

This has resulted in the crisis becoming the fastest-growing refugee emergency in the world. It is no surprise they are described as “the world’s most persecuted minority”. They are an oppressed ethnic minority who have been revoked of their equal citizenship rights by the Buddhist-majority Burma (Myanmar), who regard the Rohingya Muslims as illegal immigrants from Bangladesh.

It’s an urgent humanitarian crisis as the Muslim population in the state of Rakhine continues to be denied access to basic human rights and the lack of international action is simply a disgrace.

The UK based charity, Rafeequl Yateem, were one of the very first charities who responded to the major fundraising appeal to help the thousands of people fleeing violence in Burma. In collaboration with another non-profit organisation, UHTH (Ummah Helping the Ummah), they aim to raise awareness of the plight of the Rohingya people. 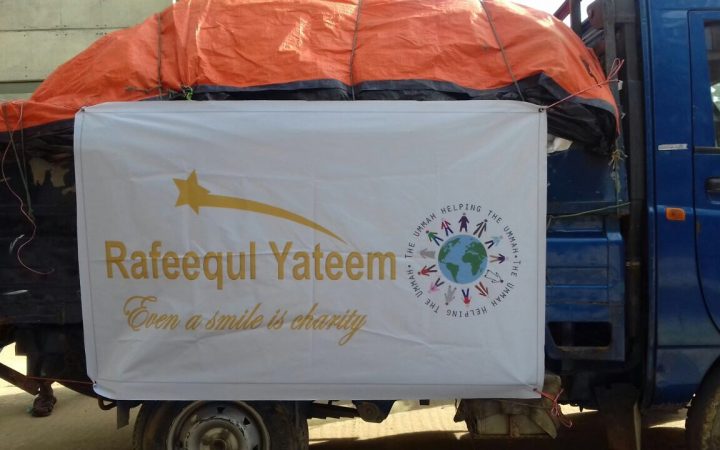 On Friday, November 10, within minutes of reaching the borders of Cox’s Bazar’s Teknaf, and witnessing first-hand, the state of the refugee camp, it was too much of a tragic scene to be prepared for.

Overwhelmed, an RY volunteer member impulsively made a direct call to one the founders Nazmin Chowdhury, “You won’t believe what we’re seeing here, they’re begging and pleading for just a bottle of water.”

The team were ready to distribute aid and food packs, which included basic meals and water which he described as ‘a tiny drop in the ocean’.

The founder emphasised the urgency to Artefact: “You see, it’s a desperate situation. Two months ago, when the crisis was at its peak, the demand for food was so extreme, that any clothes that were given, they were just chucking it away. It was for food they begged for. They wanted food, they needed food.” 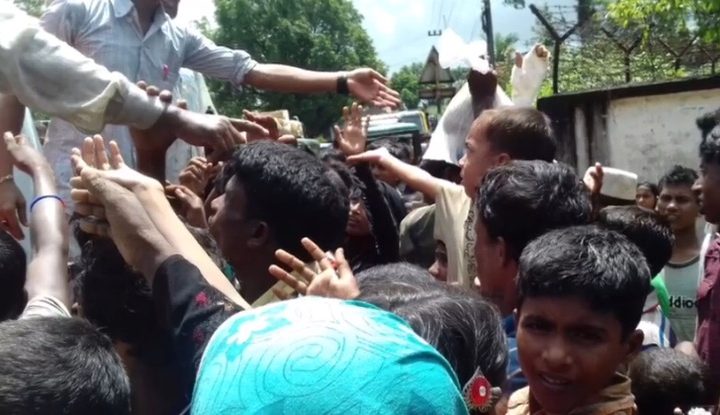 A report released by The International Rescue Committee exposed an estimation of 75,000 people to have  suffered from gender-based violence, 45 per cent of the Rohingya women have reported of such attacks from which Unicef have recorded, and there are 50,000 arriving pregnant everyday to the camp.

Hasina Begum, 26, arrived traumatised bearing horrific accounts of massacre and assault at the hands of the Burmese soldiers during her escape from her village Korma.

“There used to be a house we would take cover in when it was night time, but even there, the Burma Army used to give us problems. They used to bring us out of the house and torture the boys and then separate the girls to rape them up in the hills – the young, the unmarried, everyone. When anyone would try and protect the girls they would shoot them.”

Hasina spoke of living in constant fear as she watched men slaughtered and her aunt’s arm chopped off; she says her aunt eventually died from the loss of blood. Recounting her fear to the head of the RY medical team, Dr Abdullah Al-Mamun, she said: “Even when we see them from 10 arm’s lengths away, we all got very scared. As soon as they came near us, we ran to escape but that’s when another lady was killed.” 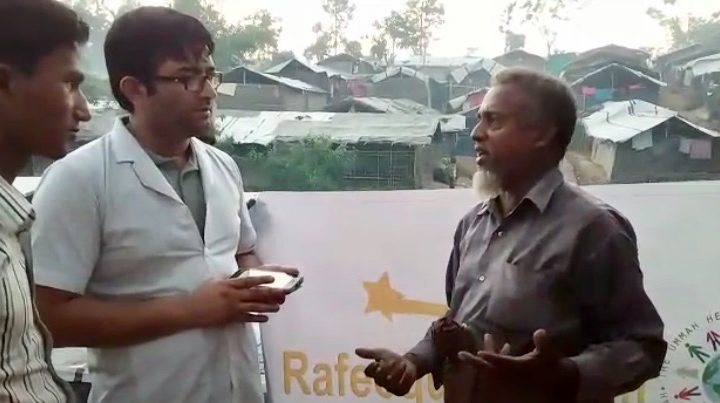 Despite the evidence of colossal damage and immense violence against the Muslim Rohingyans, the prime minister of Burma, Aung San Suu Kyi continues to turn a blind eye of the atrocities committed by the Burmese army labelling it as ‘fake news’ and blames the tragedies on ‘terrorists’.

Hasina Begum condemns the Nobel Peace Prize-winner leader stating, “Suu Kyi is all talk, no actions. She let them torture us. The government  didn’t facilitate anything for us, they are very bad.”

The account of Hassina Begum is brutal, but unfortunately, not unique.

Mohammed Siddiq, 60, escaped the village alongside his family, with nothing but the clothes they had on as soon as the army attacked them. He worked as a farmer in the village of Bhondu cultivating potatoes and other farming. He spoke of having no choice but to leave the elderlies of the village behind as they were not fit to escape.

“The army were shooting at us in one go – left and right, people died immediately. They grabbed and robbed the gold jewellery from the girls and tortured and raped them. They do this because they don’t see us as Rohingyans, they call us Bangladeshis, that’s why they’re killing us and forcing us out.”

During his escape, the most difficult stage was crossing the river to reach the Bangladesh border. He spoke of his anguish at the risk of drowning after falling off the boat: “I suffered a lot. With a lot of effort, they (Bangladeshi guards) rescued me and got me back onto the boat. A lot of people that were in the same village as me have died.” 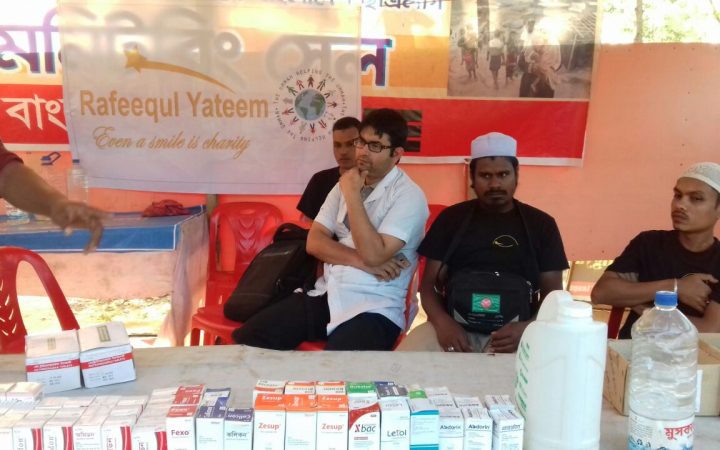 Both refugees provided the same brief insight to the tormented lifestyle they endured under the corrupt Burmese government and military. They were restricted from attending prayers in the mosques and prohibited from announcing the Athaan (Muslim call to prayer). Their mosques were destroyed and access to schools was blocked. In addition, finding work was exhaustive, the work available was barely enough to earn little rice for the day.

Since settling at the camps, they have received aid and food such as rice, lentils, oil, food and medication. After treating some of the refugees, Dr Abdullah Al-Mamun, a health physician, expressed his concern: “The state of their health is dangerous as diseases spread easily in very crowded areas such as, diarrhoea and respiratory diseases. They are in dire need of emergency aid as soon as possible.”

In regards to any hope of returning back to Burma, both Hasina Begum and Mohammed Siddiq demand they be accepted as who they are: Muslim Rohingyans. Otherwise, shaking her hands and head, Hasina vows: “I’ll rather risk my life than to ever go back if they don’t accept us as Rohinyans. I will never go back.”

All images by Rafeequl Yateem.