The reality of living with a disability 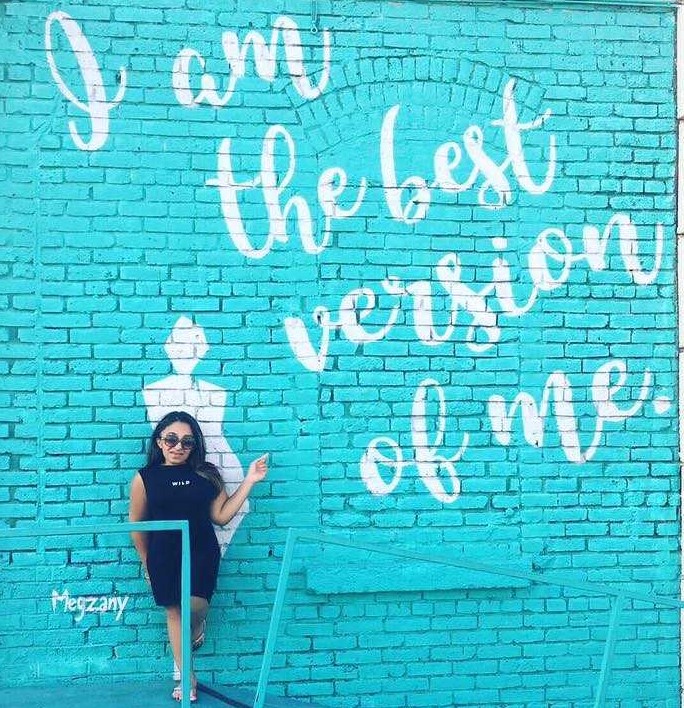 There she was, laying down on her gentle comfy bed with a chilled-out posture and a beaming smile drawn on her face. Sipping away at a cup of warm tea while bravely recalling her moments of disappointment due to Osteogenesis Imperfecta.

Shani Dhanda, a survivor of the brittle bone condition became a victim of segregation and discrimination in a country one least expects, the UK. This marginalised group, including Shani have been side-lined and misrepresented. A new report from the charity Scope has revealed that more than a quarter of disabled people believe they have been turned down for a job due to their condition or impairment.

Shani had finished high school. The years of agony and distress were finally over. However, for the Walsall resident, that was just the beginning of what life had in store for her. To her dismay, it was rather a taste and a hint of what was to come for an individual of an abnormally short stature.

“It involved a lot of uncertainty,” she admitted. “I really had to fight for my freedom.” After her tough years, she still had a strong desire to progress further and naively thought things would just get better. Not wanting to be defined by her condition and with the Equality Act and Discrimination laws in place, Shani was keen on having a job while studying in college.

“I’m a very driven and ambitious person and I wanted to be a contribution to society,” she confidently declared. The Equality Act 2010 ensures that disabled employees are not under-estimated due to their disability: whether its application forms, interview arrangements or job offers.

With great expectations and enthusiasm, the then 16-year-old high school graduate applied and applied, clearly stating her condition on every cover letter and application. The teen waited patiently for each response. The days turned into nights and the nights turned into weeks.

A sense of anxiousness and worry began to build inside Shani. She was baffled. More than 100 applications had been made, but  were not giving her a ray of hope.

“I had literally applied in 100 places and nothing. It wasn’t as if I wasn’t already limited with jobs,” she expressed. “It’s really disheartening,” she told Artefact. 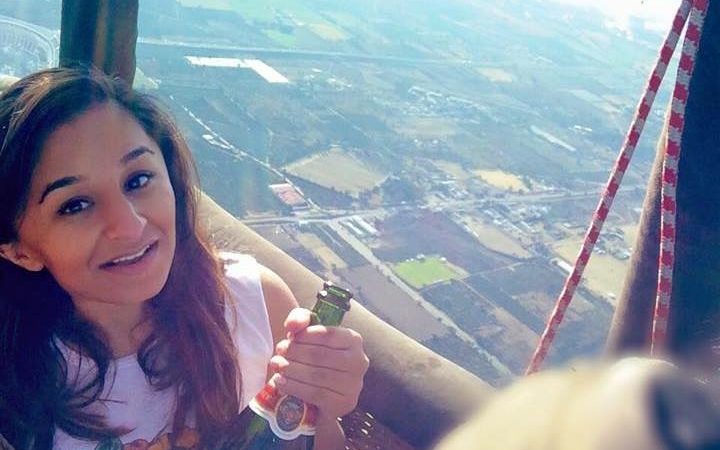 “I was like: “Oh my God, no one is ever going to give me a job, how am I going to live the lifestyle that I want? I don’t want to be on benefits. I have always wanted to live a certain lifestyle and a certain standard,” she said.

Shani says it was a real wake up call for her, and she began to doubt the employment industry and the way it operated. “None of them even informed me saying I wasn’t successful or this role is no longer available. This soon made me realise that my rejections might probably be due to me stating my disability on the cover letters.”

Shani was not the only one who felt the strain: “It’s really tough to put yourself out there when you have a condition. It involves dealing with a lot of hardship and misery,” admitted one of her friends, who also struggled to get work. “I don’t think it’s worth the hassle.”

With the Conservative government in power since 2010, many disabled people have been among the hardest hit by the austerity cuts.

But it does deeper than that. Society itself has never seemed encouraging or supportive when it comes to disabled people, failing to acknowledge them as individuals with ambitions rather than as vulnerable sufferers. In the UK, 13.3 million people have some form of disability and they are more than twice as likely to be unemployed as non-disabled ones.

“Society’s big misconception is that we, the disabled group, are constantly in pain and that’s it. Constantly suffering and that’s all we will ever be,” explained Shani.

Even though society is trying to be open-minded there is still a stigma in existence. Shani’s parents held a similar belief. They thought their daughter would not have the capability to do much. “Due to her condition and her history of being in the hospital for a long period of time, we were very worried about our daughter. We wanted to keep her safe therefore we were reluctant to let her be independent,” her parents said.

As a result, Shani became very resilient and was not going to accept defeat, even after realising that discrimination might still exist within employment.

“I’m not going to just sit at home and live my life within these four walls. People can’t just see me as a disabled person, there is a lot more to me than that,” she explained.

Discrimination is a complex matter; it has been said that it is actually quite difficult to prove as an employee can give many reasons for their actions or just avoid the whole system. Regardless of there being schemes in place to tackle it, nothing happens unless something or someone does something about it. 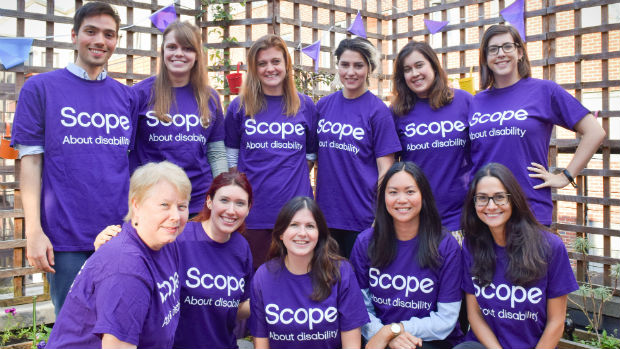 Charities like Scope, who say they are ‘about disability’, are dedicated to making the UK become a place where disabled people don’t feel deprived, and instead have the same opportunities as everyone else including employment. They provide support, information, and advice to more than a quarter-of-a-million disabled people every year.

“We have a huge amount of work to do to tackle the disability employment gap. Employers are missing out on the talent they badly need because they don’t have the right support in place or because of outdated attitudes towards disability,” said Mark Atkinson, Chief Executive at Scope.

Ultimately, it fell on Shani’s vulnerable yet firm shoulders to challenge the employment industries and define her disability. Despite the UK being a developed country as well as carrying the illusion that everything is provided, an individual whose morning and night begin with endless agony and anguish had to retaliate.

“I thought: I have to try something else. And that’s when I decided to take out my disability and it worked. My trial and error worked!” she exclaimed. Shani finally got a job in administration and telecommunications.

Shani is now 30 and thriving as a successful international events manager. “It’s a very public facing role. You’re dealing with members of the government, different venues, suppliers and things like that,” she explained. 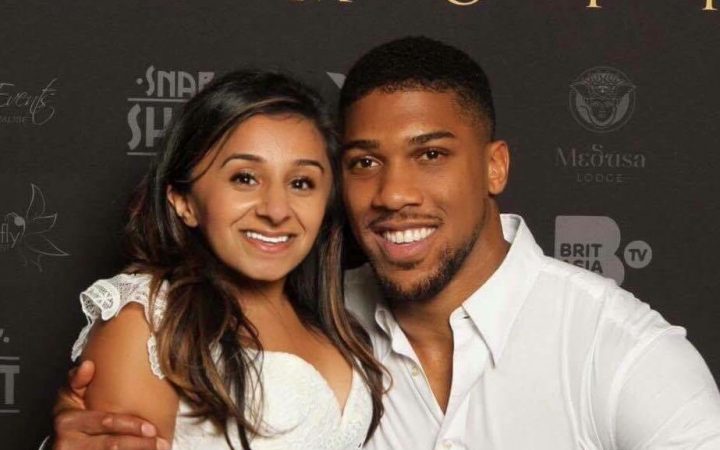 “It’s really stressful. I think people think it’s a very glamorous job but it’s not. People only see the end result which is the event of the day. I’m not there having fun, I’m there working,” she admitted. “Imagine being three-foot-ten and on your feet all day. It’s really draining.”

Her parents who once doubted their daughter’s capability are now immensely happy as well as stunned. “We are really proud of her. She has really defied disability,” they told us.

Despite Shani’s success, the current situation for most disabled people remains bleak. The government continues to make cuts instead of lending them a helping hand and giving them the self-confidence they need. Parliament itself lacks the involvement of disabled MPs and the employment system in regards to hiring still need to be filtered through the whole industry.

“At the current pace of change, the government is set to fail on its pledge to get a million more disabled people into work,” Mark Atkinson confirmed.

“There aren’t any disabled people in parliament and we need positive representation of these individuals,” Shani added. “We may have the two ticks scheme or the disability confidence scheme, but it still seems to not be getting through to the hiring managers as I have applied for jobs, met the criteria and nothing.”

Shani firmly believes more needs to be done and that disabled people should start with relying on themselves to bring these changes by challenging the government to see they mean business.

“In order to be recognised, in order to be heard and in order to make some kind of change we need to come together. Be a collective voice. By doing that we’ll show people like the government we’re a strong group and we want change. We want good change!” she says. “I believe disability is a real slow topic that is going to change!”