Blingistan: From Kabul to California 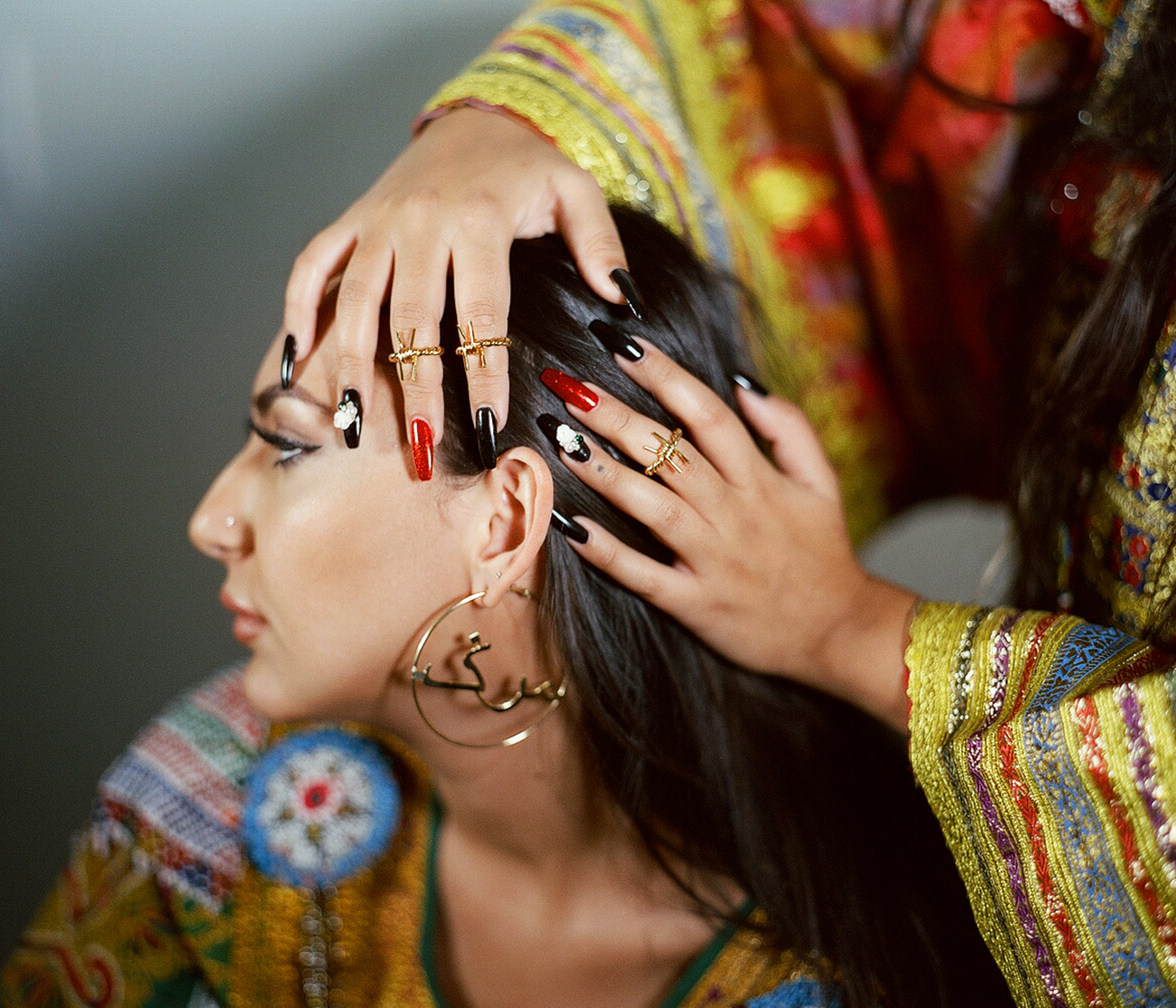 Shamayel also loves to paint and write, and produces multimedia art. She says that her artistic side gave her the ability to draw and finally do design jewellery. The artist and designer, who grew up in between Afghanistan, Russia and the US, remembers the very beginning of her idea.

“I loved wearing hoops and still don’t really wear any other kind of earring, but how could I inject my love for Afghanistan into that?” At the time when this was going through her head, Shamayel was a teenager and living in Kabul, Afghanistan, the country where she is from but had never been to.

When she finally went, she ultimately fell in love with it. She recounts never being able to find jewellery representing her, so the brand was in a way born out of her own necessity.

“Sketching out a pair of hoops or a ring or anything was very simple. You take it to the local jeweller, toss him 1000 Afghanis (about $20 or £14.75) and bam! My personalised jewels! Labour is very cheap there,” she tells Artefact enthusiastically.

“Let’s say downtown LA. Beautiful gold crosses, chunky earrings, ‘Bonita’ and ‘Sexy’ written on necklaces, but nothing of them had anything to do with my identity if you know what I mean, except of course sexy,” she laughs.

However, there was no ‘Allah Akbar’ gold choker, Afghanistan map on a ring, or anything that came close to saying her name on it. Hence Shamayel created something for people that were being marginalised. “I wanted to create Blingistan so that everyone can wear something that means something close to their hearts.”

Her first collection, Golden Identity Crisis S/S 17, came out at the beginning of 2017, it had, she believes, something in store for everyone.

“My teenage cousin, who recently transitioned FTM, loves the ‘Pride and Patriarchy necklace’. My ex-boyfriend, who is Irish and in his late thirties, loves when I wear the three knuckle massive ‘OG Wataan Afghan Map’ ring. My Greek friend cannot get enough of the Barb Wire set, and girls named Jessica, Cindy and Rita are buying up my TSA Threat shirts because they are fun, yet it is aligned with something they believe in politically, you know?” 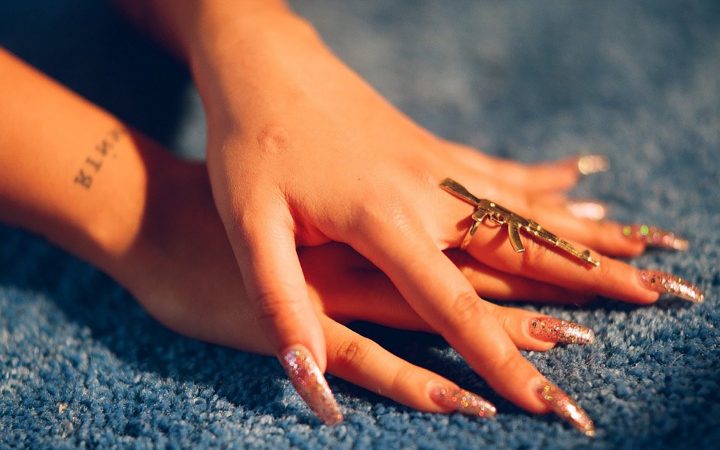 The new, second collection is taking more chances, it is a bit riskier, and it makes more political statements, Shamayel explains. The brand is also switching metals to make the jewellery less expensive and more accessible.

“I hate getting messages from people saying ‘I have to wait for my next paycheck. Is there any way you can hold this for me?’ I do not want to hear that, I want people to go to the website and just buy whatever the hell they want.”

The production of Blingistan was also moved to Los Angeles, California, because of the uncertainty that comes with running a small business out of a third world country, says Shamayel.

“You can‘t think that you are going to get stuff ready at a certain time and then, all of a sudden, the poor guy that you are working with factory got bombed”.

The relocation also allows the brand to have a bigger percentage going to charities. “We have been discussing the fact of switching it with every collection because I believe in too many things to just limit it to one charity”.

What about the feedback? It has been fantastic, she says: “So much positivity! I wake up every morning to such lovely messages, it makes this so satisfying! Of course, there’s been some negative feedback, but barely any and it’s mostly from my mom who thinks the name of the brand is stupid!”