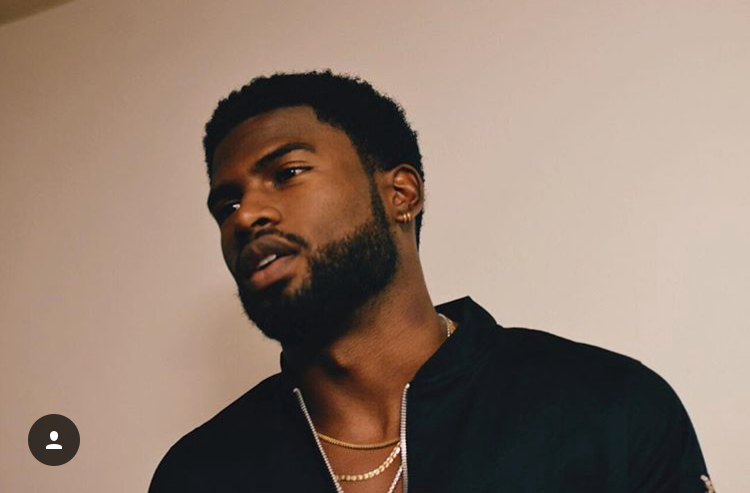 Broderick Hunter on his Success Talks tour, took time with us to discuss his personal wins and woes during his modelling journey.

With the fashion industry being under fire for its lack of diversity, we asked him about his experience dealing with rejection from certain modelling jobs.

A number of successful supermodels from Naomi Campbell to Leomie Anderson have confronted and exclaimed their frustration with the industry’s behaviour using the powerful platforms such as social media and the news, to reach a wide audience (their fans also) about the behind the scenes issues in fashion. Broderick is also known for using his voice on social media to spread positivity and awareness about discrimination.

Since CFDA members wrote a health initiative letter with clear guidelines demanding brands to diversify the talent, we’ve asked Broderick how much has actually changed. As an insider of the fashion industry he is an experienced enough person to ask about any changes in the industry attitude towards other models. 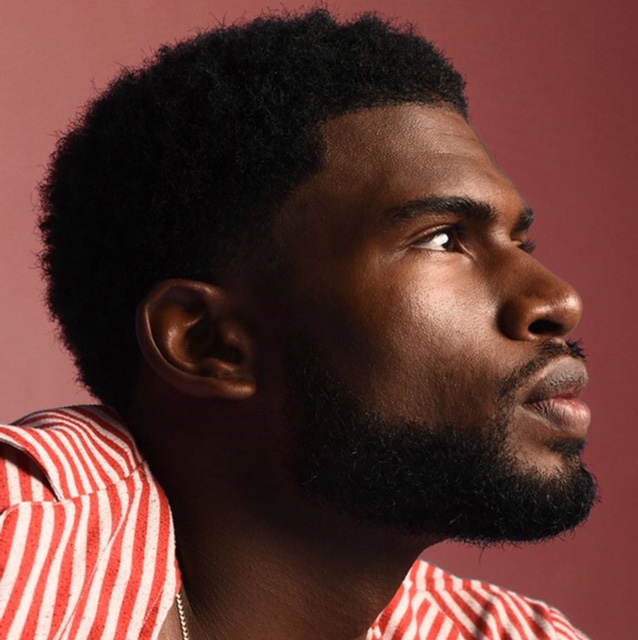 “I’ve been the token black model for the majority of my career.”

A Californian native of African-American and Nigerian heritage never dreamt of pursuing a career in modelling, instead his heart lied in sports- basketball. But after suffering an injury which then forced him to postpone his basketball aspirations, he was approached by an agent on three different occasions who urged Broderick to embark on a career in modelling.

At first, he was quite reluctant about the idea until he finally caved in. Appearing in various campaigns, including being the face of Ralph Lauren; featuring in Italian GQ magazine and French Vogue Broderick never imagined his career would take off as fast as it did, which he gives all credit to “The Source”.

Recently he has ventured into acting and prepared for two-and-a-half years by taking classes which landed him a role on HBO’s Insecure.

We spoke to Broderick to explore his journey as one of the leading black models of our time, along with his transition into acting. He also didn’t shy away from speaking up about racism and colourism within the fashion industry and how this affected his work also how he managed to persevere. 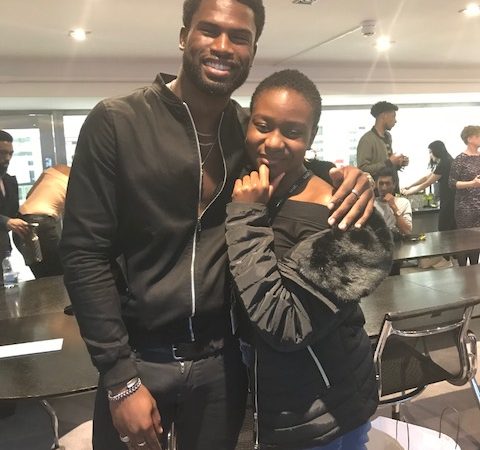 Phalinda and Broderick in the press room

Broderick emphasised his need to be something other than just a model, and therefore strengthened his social media presence by showcasing his witty personality; openly speaking out against police brutality and racism towards African-Americans, and uplifting his fellow black people, particularly black men by coining the hashtag #BlackBoyJoy.

This was created to change the perception of black boys and showing them as the multifaceted beings that they are. Upon meeting him, the first thing that struck us about Broderick was his reserved nature, however he made a conscious effort to greet every individual in the room.

Sporting a simple coordinated outfit consisting of a bomber jacket, dark denim jeans and converses, he still managed to stand out.

A charming Broderick was full of intellect and wit to the point where it felt less like an “interview” and more like a conversation with a dear friend. What we admired most about Broderick was his transparency, and his ability to fluently articulate his views on various topics which allowed us to truly connect with him on a personal level.

In the wake of London Fashion Week, there have been many conversations regarding racism within the modelling industry, particularly with regards to casting calls. The lack of diversity caught the attention of the black community including models working within the industry, as they raised their concerns and shared their experiences. 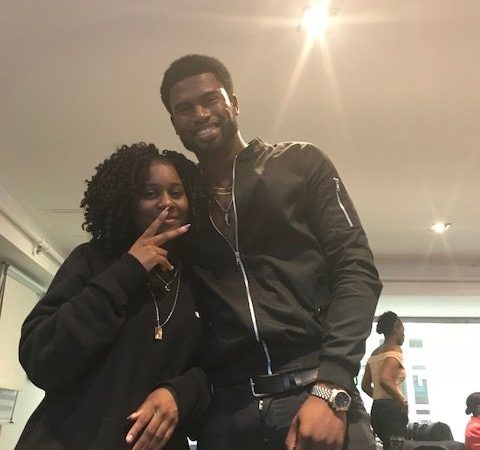 Carla and Broderick at UAL’s London College of Fashion

We began with the woes, where he spoke of the several rejections he faced and the distress of being dropped from three modelling agencies. Each of the reasons stretched from his looks to skin tone or his personal brand. Today social media presence is incredibly sort out.

Models brand themselves in order to make people gravitate towards an authentic and genuine personality. “A way in which would make people love and support me for who I am and not necessarily what I was doing,” he told us. That can sometimes be contradictory to what agencies want to represent.

They do not always agree with what models are selling (personality wise). Comments such as “this isn’t what models do; and you’re black” are not unfamiliar to models. But even worse not allowing black models in at castings because they’re not in season is an even bigger racial issue the industry is unhurried to touch up on.

In light of the ongoing debate about the lack of diversity seen in fashion shows and in campaigns the CFDA members Diane von Furstenburg and Steven Kolb wrote a health initiative letter before the Spring 17 shows in New York, highlighting guidelines consisting in the inclusion of racial diversity.

The conscious effort was made to ensure more ethnic minorities were selected every season and they would accomplish this by tailoring the models to the company needs. The objective is to make a shift on how the model of colour is viewed so it becomes natural to see them participating each season in a greater number than seasons past.

Being that Broderick is popular for his stance on supporting black women and men, he continuous praise for black skin on social media often causes agencies dissatisfaction. Based on his own experience he said: “It’s very difficult. Being black in the industry was a freaking tough at that time.” Knowing the odds were against him, he figured he couldn’t really focus on just being a model, hence the wins in his acting ventures throughout this year.

Early this year Naomi Campbell sparked a debate about racism within the fashion industry after posting an image of Vogue magazine’s staff on Instagram. The caption read: “This is the staff photo of @BritishVogue under the previous editor #AlexandraSchulman. Looking forward to an inclusive and diverse staff now that @Edward_Enninful is the editor… Let’s hear your thoughts?”

The image proved Campbell’s argument over the lack of diversity within the fashion industry which she’s addressed in several occasions in 2013. Despite the controversy it sparked, Naomi continues advocating for the rights of black models.

Similarly, Broderick faces similar discrimination during casting calls. He describes how casting directors operate and how concerned he is about the disproportionate number of dark-skinned models selected for videos or photo shoots. “Like now you’d go to a runway casting and there’ll be around 200 white guys and like 15 black guys and they’re only going to choose around two.”

In regards to colourism in the runway shows, there’s often a wave of desire to cast really dark-skinned black model with a white model to even out the balance. It’s rare to see a full blown cast of just ethnic models in campaigns. “I feel like they pretend to care about other models because they always go right back to their regular shit.”

Gucci exhibited this exact strategy in their pre-fall 2017 campaign videos. They featured an all black cast whilst using only 17/120 ethnic minority models to walk the Autumn 2017 show.

Prior to this, in 2014, only 68 out of 435 girls put forward to the fashion houses were black, Asian or Hispanic by IMG, Storm, Elite, Models 1, Next, Premier and Select modelling agencies. Which meant only 15.6 per cent of girls proposed for the catwalk at London Fashion Week were from an ethnic minority in comparison to Autumn/Winter 2013, where the same agencies only suggested 13.8 per cent of girls that were not white.

Many models have expressed via social media, the reason behind this is that the fashion industry is simply racist for turning down ethnic minorities. This year Leomie Anderson tweeted: “Being confirmed for a show then being dropped because the designer doesn’t feel like using more than one black girl is so sickening.”

The industry has since been accused of tokenism Broderick confessed “I’ve been the token black model for the majority of my career.” Woefully this shows the industry has a pattern of using inclusivity when convenient and the progress is simply moderate.

The Spring 2017 runway cast included 74.6 per cent white models and 25.4 per cent women of colour. The statistics for men of colour are non existent as females dominate the modelling industry.

Looking into the increase in diversity on catwalks and so on there is a clear correlation between the brand names who have a more diverse cast and brands who don’t. They are also designers of colour and brands that encourage diversity, such as Ashish, Kimora Lee, Brandon Maxwell and Chromat.

The fashion industry has a tendency to fall off, from the forward moving train of inclusivity, but overall the rate of increased diversity on the runway is improving. We are seeing more representation on the runway from the cities (London, Paris and New York) with the most diverse communities.

Broderick continues to fight for diversity across the entertainment industry by raising awareness through satirical videos on his personal Instagram, black women appreciation posts as well as promoting his black female counterparts and lastly through his #BlackBoyJoy hashtag on Twitter. Despite the obstacles he faced, Hunter persevered and continues to makes a huge impact on those that admire him.