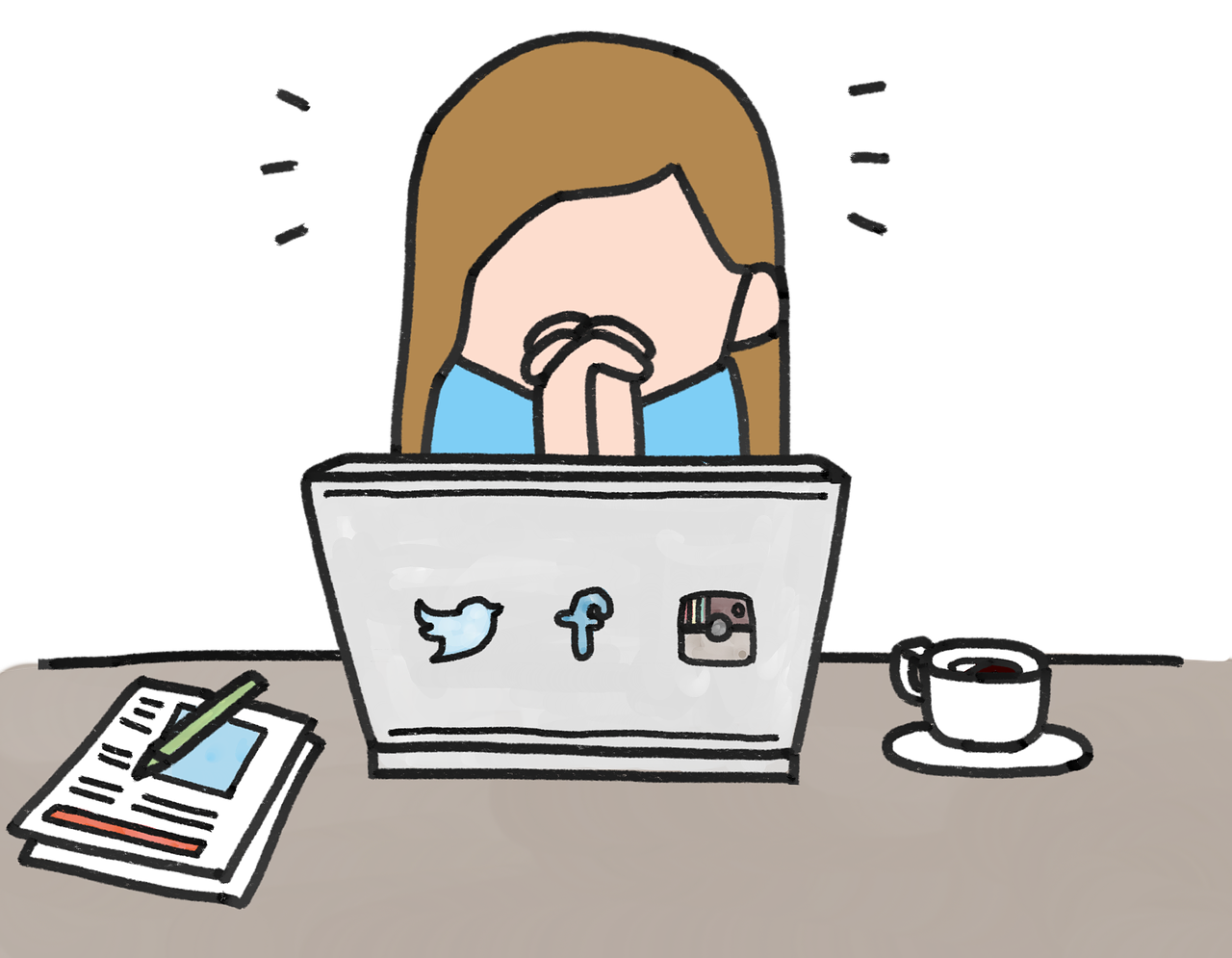 Social Media Anxiety Disorder (SMAD) is a mental health condition used to describe the different levels of depression caused by social networks – such as people who suffer hunger and live without food for the whole day, but cannot bear life without smartphones at hand.

The existence of social media permeates our lives, like a poison that keeps consuming our energy. It could potentially cause illnesses like anxiety and depression.

Whenever I open Instagram, there are countless selfies with people posing as well as smiling faces appear on the screen. Meanwhile, I find that people around me continuously posting selfies or status on their social media accounts such as Facebook, Twitter, and Weibo (the Chinese version of Facebook). They are addicted to “likes” and keep seeking approval.

Digital media has changed the way of socialising and communicating. While the social media provides convenience, and encourage the users to communicate online. It brings damages towards people unconsciously, even wears out people’s daily life, which is contrary to its original intention: to make life easier.

Interactions among the netizens are subtle because everyone expects to get others’ attention and looks forward to being contacted. When people chat with others, they expect for quick responses and if their recipients reply lately, or don’t relay to them, they may struggle with the reasons, which causes anxiety.

It particularly harms a people in a relationship, or in the workplace between workers, especially those at different levels of seniority. Also, sometimes when people share selfies with carefully edited words but there are only a few likes or comments, which could make them feel disappointed.

So if the netizens cannot get the attention they desire in this virtual world, they may feel upset or even get anxiety. As a result, the social network is supposed to offers platform for free expressions, but actually to a large extent it constrains our lives.

Seeking happiness from validation approval online is becoming our deep-rooted idea in a technologically advanced society.

Most chatting applications like Messenger, iMessage, WhatsApp, Instagram messages have status check functions which can at least allow message senders to see if their messages are successfully sent; their contacts have read them or not.

While the need to connect, and engage is so powerful and instant, we often have expectations that the recipient has immediately seen our digital correspondence. 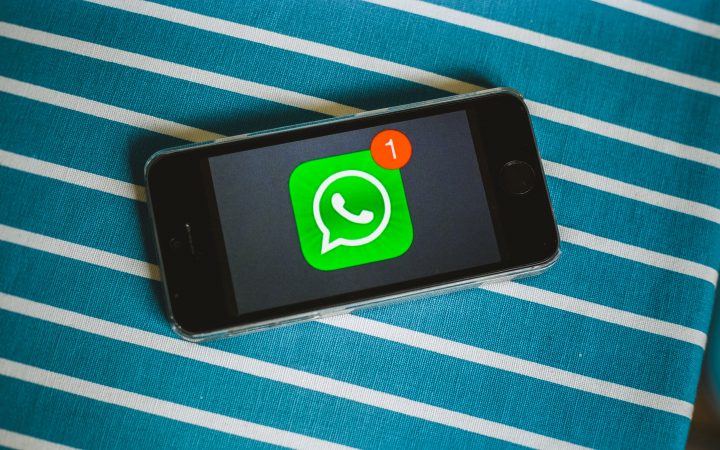 Karen has just ended a long-distance relationship because of a timestamp that was shown on WhatsApp. She is taking a three-year undergraduate course at Central Saint Martins right now and her boyfriend is working in China. The couple were tortured by the distance and eight hour time difference for nearly two years. The straw that broke the camel’s back was her boyfriend’s late replies.

“We used to quarrel a lot about it (the late replies). Every time I get angry with him when I see that the status shows two blue ticks on the screen, which means that he has read my message but get no responses. I always assume that he ignores my messages, and imagine every possibility: Does he deliberately ignore my message? Does he think I am boring? It disturbs me so much and gives me feeling that he no longer cares about me. It does not sound like a big matter but everything becomes exaggerated in a relationship. I am quite clingy and sensitive. Waiting for replies is so nerve-racking that I cannot concentrate on my own life pace. I would rather there is no status display. As a result, our relationship has been worn down by four digits,” Karen told us.

Some people are wising up to the revealing nature of their “last seen” status and are opting to change their privacy settings to ensure this detail is omitted from their profile. We checked this by randomly picking 16 people and asking them about their opinion of the “last seen” status on chatting apps. In response, seven of them said that they love this feature, three do not care about it and six do not like it. “I hate the status updates as it forces me to reply,” one told us.

“Generally, we are supposed to reply immediately after we checked our messages to show our politeness. However, sometimes I forget to reply in time after reading, then I need to give appropriate explanations about it, unless I want to aggravate the relationships. It could arouse unnecessary conflicts and make me feel uncomfortable as my behaviours are monitored. Fortunately, there is a preview of incoming messages shows the content of the text as a push notification. So, every time when I receive a message, I can read it without opening the application. In this way, there will not be “blue double ticks” displayed, and the person who sends me the message will not find that the message has already been checked,” said Yvonne Yan, who didn’t like the status updates. 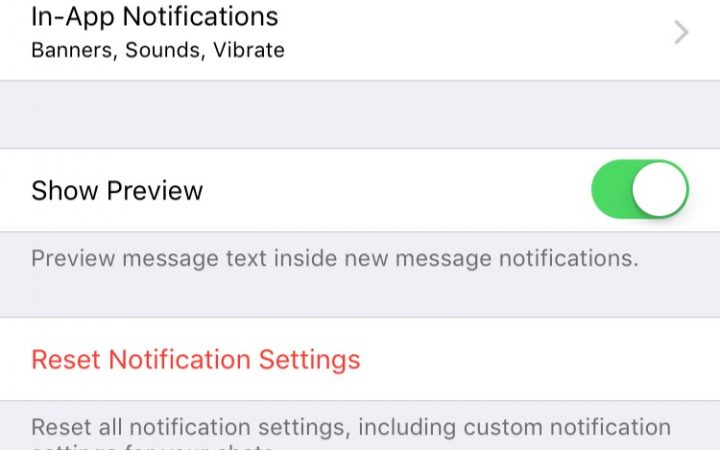 Go to WhatsApp’s “Settings” menu (the cog icon at the bottom right of the screen), then choose “Notifications” and toggle the “Show Preview” option on.

WeChat, (the Chinese version of WhatsApp) has more than 600 million users, however, it does not have the “last seen” status on the chat frame. There are many users who have reflected and suggested the management group of WeChat to add the status updates feature like WhatsApp, however, the request was refused by Xiaolong “Allen” Zhang.

He is known as “Father of WeChat” who has served as the Senior Executive Vice President and President of WeChat Group at Tencent Holdings Limited since May 2014. He claimed that, although there is quite a large number of users who want them to add the status check function on WeChat, the management group will unlikely meet their requirements.

Zheng does not deem that all the users’ requirements are absolutely right. “There must be another part of users who object the status updates. If we actually do this as demand, we will lose loyalty of our existing users. In my view particularly, I don’t like to reveal my status to others either. Sometimes, humanity needs excuses and lies to maintain their relationships. For example, it will be awkward that you have read the messages from your manager but forgot to reply. If there is no “seen” shown on the screen, a little white lie can easily avoid conflicts. The WeChat group can one hundred percent ensure that the messages can be successfully sent by our system. Therefore, we do not need an extra status on the screen to prove that, which is unsightly. To satisfy our user’s demands is undemanding, but to refuse their requirements needs deliberateness.”

We all expect concerns and appreciation from others to different degrees, even in the cyber world. If our expectations are not being fulfilled, the dysphoric mood will be brought to our real lives. In this situation, social media ends up putting pressure on people.

Once people are addicted to things, aversion will follow; those five-inch screens unconsciously dominate your lives, and then you find that you can no longer get rid of them. 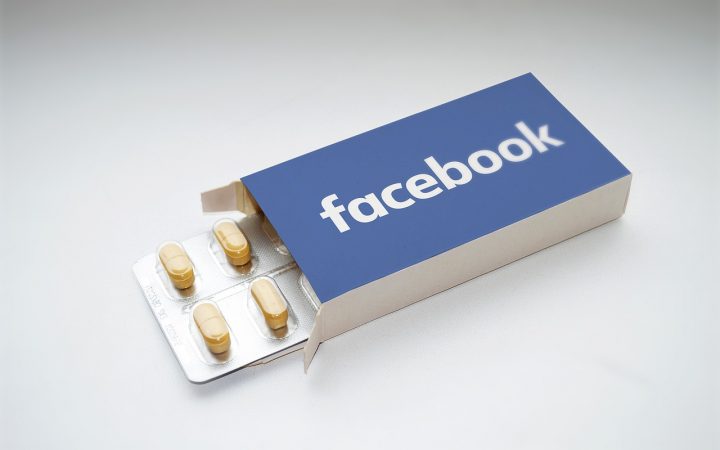 Social media could potentially cause anxiety and depression. [Pixabay:Mediamodifier]

People show hesitations on posting as they are struggling to find out a proper way to present themselves and usually post the best version of themselves.

Monica who gave up posting anything on social media platforms for almost one year: “I love Instagram and Pinterest a lot before because I have made lots of like-minded friends online. However, I decided to quit as I want people to understand a real me instead of that unique and minded but feigned version of me online. It is tricky. From the bottom of my heart, I have lots of worries when I prepare to post. In my point of view, social media provides us a free space to give our personality full play. However, once my posts show my individual character or more personal information which are going to be read by a wide range of people, I will become anxious. I keep struggling about how will others think about me. Will they agree with my opinion? Will the posts in this virtual world make any influences in my real life? Will it cause any misunderstanding? I used to have strong desire to show others how interesting I was, but I am tired of it.” 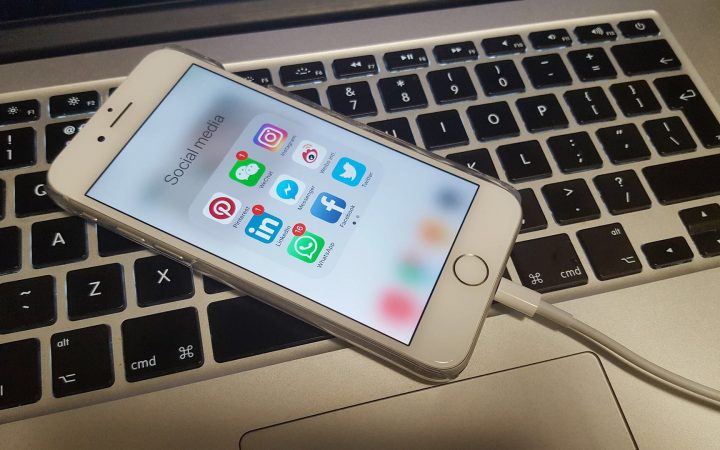 Yifan Wong, a Chinese college-year girl says that she posts her life on social media to satisfy her vanity: “I only post happy things on Weibo (the Chinese word for “microblog”, also known as the Chinese Facebook), because in my opinion, Weibo is an open forum used for showing off. Not only my friends, everyone can easily access or ‘snooping’ my life there, so I want to show them how optimistic I am and how much I enjoy my life. Every time after making a post with well-edited selfies and texts, I can get a lot of likes and comments, which can please me and brings me a sense of achievement.”

Yifan laughs at herself and continues with an ironic tone, “I know it is stupid, but it has become an obsession, a part of my life. In other words, it has gotten into a habit to post every tiny trivial matter online which makes so “busy”, as whatever I am doing, I will habitually think about: maybe I cano post it on Weibo and measure that it will be liked by my followers. I have also bought myself 1,000 followers, which cost 40 yuan (£4.50). Of course, they are not real persons or active accounts.”

Yifan tells us that she has had a candlelight dinner with her boyfriend in a fancy restaurant, but she could not stop taking photos for the delicacies or trying to look for good photographing angles of the scene in the restaurant as materials that she could post later.

She would then pick the most successful ones from her photo album to beautify them by adding various filters. It usually takes five minutes to take photos and 30 minutes to modify them. “I even forgot to put concentration on the dinner or the two-person world of us. My boyfriend said that everything in my eyes, including him, could be a kind of prop.”

Excessive use of social networks can make people exhausted, especially when life is filled with social media and people are driven to make posts by the achievability of getting more likes as well as followers.

It becomes a vicious circle when the confidence comes from how many “likes” or the good “comments” under your posts. Yifan emphasises that she will only relive her negative mood in her another account which has no followers.

“While it is not an official psychiatric diagnosis yet, social media definitely affects self-esteem and can cause of exacerbating anxiety, depression, and more,” Netiquette expert Julie Spira states and she has also given several standards for people to check if they have Social Media Anxiety Disorder: