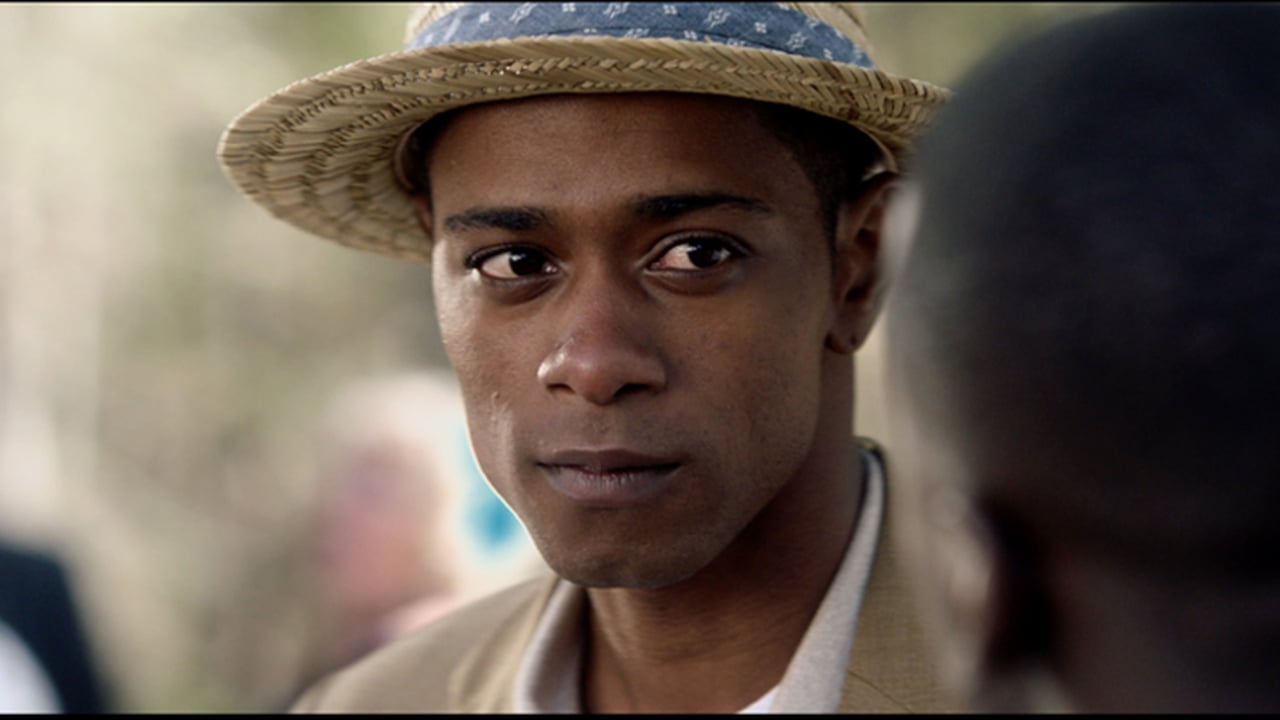 Over the last two years the black narrative has seen a huge growth in Hollywood, we’ve seen a massive upsurge of black storylines in both film and TV.

From Netflix shows like She’s Gotta Have It to network shows like Chewing Gum, Insecure and then movies like Moonlight, Get Out and Girls Trip. The spectrum of representation in black cinema has widened exponentially; and the success of these shows and films have shown just how long we’ve all been waiting for this.

When I was younger I remember films that were regarded as ‘black’ were either slave films, movies set in ‘the hood’, comedies or straight-to-TV specials; now, in 2017, films that are thrown in that same ‘black’ movie category are breaking box office records and winnings awards on stages our faces have never before been seen at – to top it off Get Out was named the most profitable film of 2017 grossing $252.4 million (£181.6m) worldwide according to Time magazine.

Winning Oscars, Emmys, box office records and anything else you can think of, these past two years have truly been legendary for us as a people, and as a community, especially after the #OscarsSoWhite fiasco. 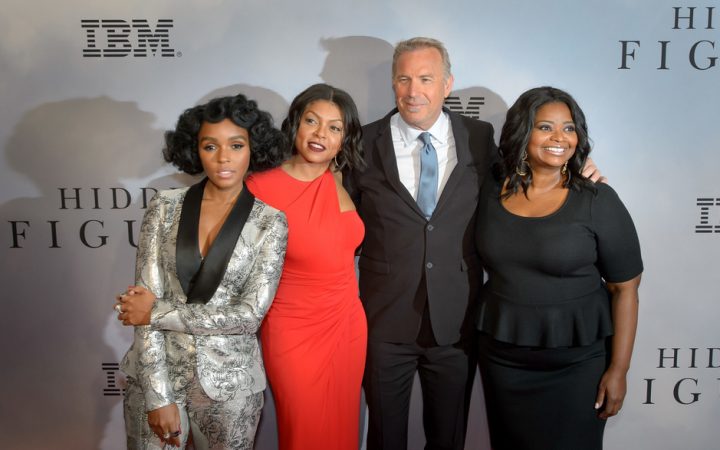 The cast of Hidden Figures on the red carpet [Flickr:NASA HQ]

It’s important for the narrative to grow for both us as a people, and for other races also. The growth of our narrative is great, especially for this younger generation, as seeing our faces on our TVs and movies, and seeing our faces gain success in these platforms, opens us up to the idea that ‘that could be me’.

This means younger generations will now have something to aspire to. With the rise of black faces in these movie star roles, the youth can now have dreams of being movie stars also, ones that aren’t lynched by the end of the movie, but movie stars like our white counterparts; in the cool cars, the beautiful dresses, you know the whole deal. Also, the fact that in these movies, were now having conversations that are rarely even talked about in the black community, let alone the movie world is crazy.

I remember sitting through Moonlight, and being a bit confused, seeing a young man like myself go through something that seemed so foreign to me and struggles that I just didn’t understand was almost uncomfortable for me; I remember going to watch the movie twice just to get a better understanding of it.

I don’t think I’ve ever seen homosexuality explored in the black community before in my life, and being a straight man who grew up around straight men, I hadn’t experienced it in my day to day either. I can only imagine how powerful that film would’ve been for gay black men, being able to go to the movies and see their story on the big screen.

Being black and gay as a man is almost taboo in our communities, whether it be in an African-American community, an African one or a Caribbean one; each culture seems to have the same attitude towards it.

Through movies now discussing this topic, and highlighting the prejudice and the hardships young gay black men go through, especially when their told as beautifully as Moonlight, will slowly result in us, as a community and as a people opening our eyes and being a lot more accepting. Through the reinforcement and education of all these different black narratives, that are in fact simply just real everyday life for certain people, hopefully one day these areas will be looked at as the norm.

Now I would say the biggest reason for why the growth of the black narrative in mainstream media, is that now other races can see our everyday struggles too. Through our eyes, not through the eyes of slaves or exaggerated thugs; but us in every shade and colour we come in; so, through the eyes of young black women navigating the working world in their 30s, or young black men having to deal with being broke, or just black people having to smile through the white ignorance we deal with every day.

They are now finally seeing and hopefully understanding these Twitter movements, these outbursts we make, some of these lyrics in the rap songs they dance to at concerts. Now that they’re seeing it on their screens hopefully they’ll finally be able to see that there really are still a lot of injustices we still have to face that many are ignorant to; and it won’t take a policeman killing a young black man or the election of a racist president to do it.

On February 9, we will see Marvel’s The Black Panther hitting our movie screens. You might be thinking that this is probably just another superhero movie, but in actual fact this is a historic moment for the black narrative.

Hollywood’s idea of a hero, or rather the worlds’ stereotypical view of a hero, is arguably a white guy with cool hair or a white guy in tights or a cape; which is great. We all love Superman and James Bond, but imagine being a young black kid and seeing all the heroes you look up to and realising none of them look like you; at Halloween you have no one to dress up as, no one who you could aspire to be like. 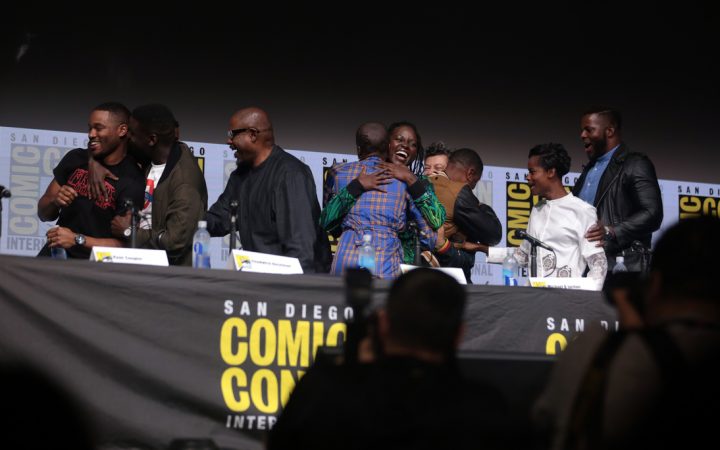 The cast of The Black Panther at ComicCon [Flickr:Gage Skidmore]

The Black Panther movie, will be the first time ever that we see a black lead in a big budget Hollywood superhero movie since Wesley Snipes’ Blade. If this movie is a success, hopefully the idea of black heroes will become a lot more common; and that will then open the door for other heroes of colour to be on the big stage, black female heroes, Asian heroes, Polynesian heroes, gay heroes, anything you could think of.

Reports from the Motion Picture Association of America tell us because of the growth of black characters in film, that the number of “frequent African-American moviegoers nearly doubled to 5.9 million last year” and that’s solely in America, imagine the number in the rest of the world. If we could do that last year, I’m sure we could double that number again and make The Black Panther a hit. It’s time like this when we must band together as a community, and support each other in hopes to push the community forward.

Don’t get the point of this article confused however, this is not to say we’re complacent with what we have. Our voice is still immensely under represented. Research by the BFI tells us that “Of around 45,000 roles credited to actors in the UK” from 2006 to 2016 “only 218 were lead roles played by British black actors, which means only 0.5 per cent of all the credited roles were black leads. In fact, you would only need to watch 47 films to catch 50 percent of all these performances”.

As more research on this issue becomes public and the severe lack of representation becomes more widely challenged, combined with all the success we’ve seen this year; hopefully this will incite a more rapid change in the industry.

I hope that soon I will be able to go to the cinema or turn on my TV screen and see the demographic that makes up the audience be reflected accurately on the screen.

Hollywood, you still have an extremely long way to go, but you’re on the right path, don’t screw this up.