Putting Kosovo on the map

My whole family were sitting around the dinner table, loud voices talking over each other, excited about sharing some of the events of our busy days.

At the centre of the over-crowded dinner table, the most delicious traditional Albanian dish: Flija (a mouth watering marriage of cheese and pastry).

After talking about how the Victoria line is unbelievably packed on any work morning, my mother interrupts us all to announce “the most exciting news”.

Dua Lipa, an ethnic Albanian singer from Kosovo, had just won the best new artist at the NME awards, something that clearly made her feel proud. We all felt proud. “She really is doing well isn’t she? Albanians are taking over!”

My whole family, and other Albanians alike, share the same sense of patriotism when it comes to celebrating Albanian successes around the world. It is the art which breaks through and gives a name for the people in our community that stirs an emotion inside of us.

My mother enlightened us about the histories of growing up in Kosovo, and the struggles they faced in the upcoming years before the 1998 Yugoslavia war. She talks about how the form of escapism for them was music, and the way in which music united them in times of hardship still applies today, “We grew up with Sabri Fejzullahu, and Adelina Ismaili, they are still legends today.” 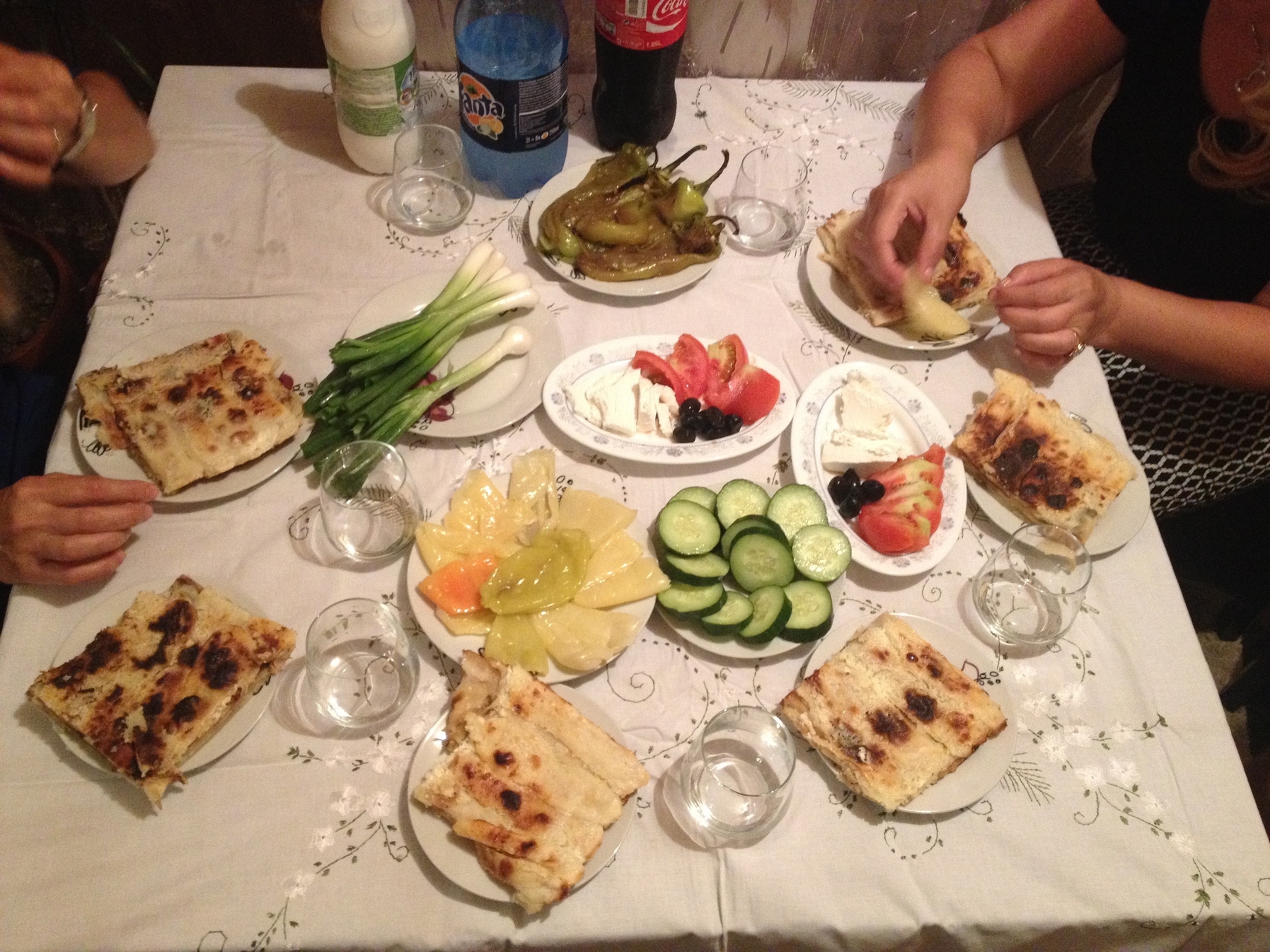 Flija is a traditional Albanian dish

I remember the first time Rita Ora broke through the British music scene, people would come up to me and say, “Didn’t you say you’re from Kosovo? That’s like Rita Ora.” I would think, finally people will know where Kosovo is, whilst also feeling very proud of Rita’s accomplishments.

Rina Kastrati, a 21-year-old international politics student born in the UK, tells Artefact of her experience growing up as an Albanian from Kosovo. A story very similar to my own.

“Although being born in London, from an early age my parents wanted me to become familiar with the Albanian-Kosovar culture. This meant learning the Albanian language before I learned English.”

Rina recalls attending language lessons every Sunday as a child, where Albanian children growing up in the UK were taught how to read, write and speak Albanian fluently. “We called this Albanian club.”

This club not only allowed Albanian children to learn about their culture, language and history, but it allowed them to meet people in the same situation as themselves. It was a home away from home.

“It was also a way of meeting more Albanians and becoming friends with them. Definitely a way in which I’d say our community remained close.”

As a child, it can be unusual for people to not know where you are from, it leads you to think that you are different and do not quite belong, which is why community groups have benefited Albanian children throughout the years. 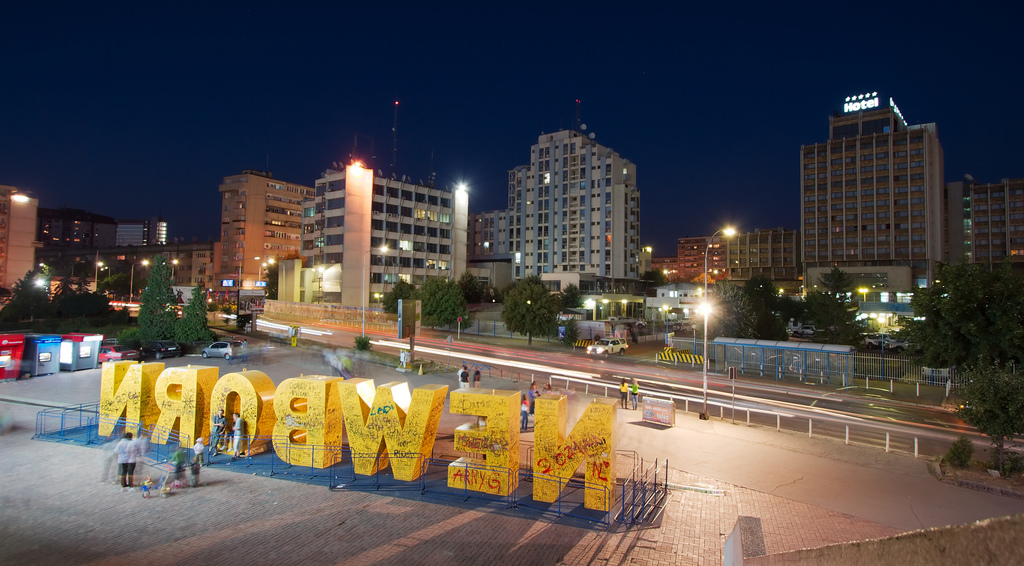 Rina grew up in a community in North-London where many other Albanians from Kosovo also live. It was never difficult for her to socialise with Albanian people, as they had so much in common and they understood each others histories.

It was only when Rina started her first year at university that she realised Kosovo was not as well-known as she may have thought. “I remember one girl at university ask me ‘Costco?’, and all I thought was, well no I’m not from the super-market. It’s Kosovo.”

Perhaps it is for this reason that many Albanians have recognised the role that International celebrities have played in the growth of popularity for their home country.

“Rita Ora, a singer from Kosovo, has definitely helped put Kosovo on the map, whenever I am asked now I usually just say ‘Kosovo, the same country as Rita Ora.’ However, the past year has seen two new emerging artists, Bebe Rexha and Dua Lipa, so my options are growing I guess.”

Rina’s upbringing is very similar to many Albanians living in the UK and around the world. As a community we can only hope that the recognition for our nation grows in a positive way, even if this is through the popularity of artists and creatives.

My mother continues describing our war-torn country as a work in progress, a place which is in desperate need of harmony within its politics, economy and communities in order to thrive. 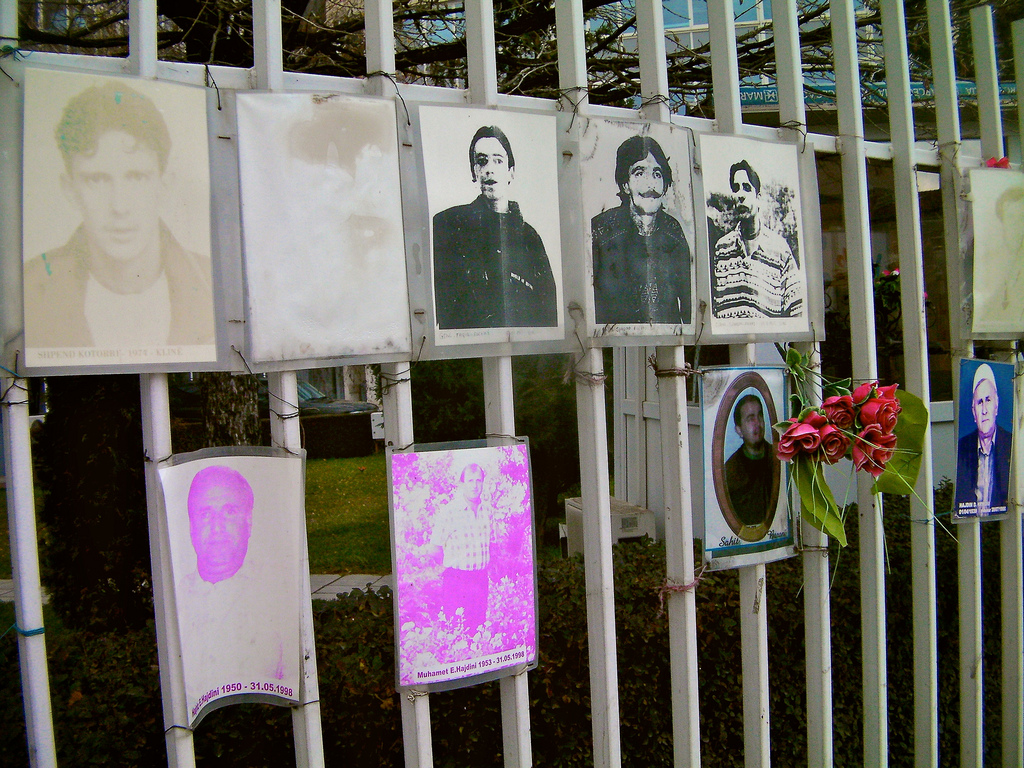 My family emigrated in 1997, just before the tragic war transformed into a fully blown blood bath, where thousands were brutally murdered. The horrific war meant that hundreds of thousands would be forced to leave, fleeing for their lives.

It is estimated that 700,000 Kosovars were forced to flee for their lives.

The BBC reported that the deaths are only partially confirmed, because many bodies have still not been recovered, and many people are still listed as missing, although many are presumed to be dead.

“More than 11,000 deaths have been reported to the ICTY, but only a fifth of these have been confirmed. Other reports are of around 5,000 Kosovar Albanians still missing, now presumed dead. So it may be conjectured that the total numbers, or whatever figure can be established, may be somewhere between 5,000 and 12,000,” the report said.

During the war, Albanian-Kosovars emigrated to the United States, Germany, Sweden, Switzerland, the United Kingdom and any location that resulted in safety, including other Albanian regions close by, if they were lucky enough to escape.

Like many other families, we tried to make a life for ourselves in the UK, hoping and praying for news of our families left back home in Kosovo. Occasionally, we would receive hand written letters from my aunts and uncles, thankfully reassuring us of their safety.

After the war ended, our goal, as a family, was to build our lives and work hard towards positive futures. For my parents, their main priority was getting me and my siblings successfully through school and making the most of the opportunities we were given.

My siblings and I were constantly reminded as children that the people within our communities in Kosovo were not as lucky as we were, and many were not able to escape for the chance at a better life.

Growing up in the UK meant that it was difficult to feel connected to my peers, as I could not always relate to their upbringing.

It was not long before we realised we were continuously trying to ‘make room’ for ourselves in society. We were trying to carve our name into the world and allow people to understand and appreciate who we are.

An essential part of an individual’s identity is where they come from, for it is this that determines how they see the world.

So, it is not unusual that my mother would be irrationally proud of the international successes that have ‘broken through’ as they bring assurance and optimism to generations of people that have essentially been through so much over the years.

Not only do they remind us that as a nation we have talent, determination and resilience, but they have have brought awareness to the Albanian communities.

Albanians are very patriotic and proud people. So, finding our place in society and letting people know where we come from is very important. Which perhaps can be applied to any minority group.

Growing up in the UK as an immigrant meant that I was subject to the numerous questions that my classmates, school teachers, friends and later in life work managers would ask me.

They were clearly curious about what new wave of immigrants had swarmed their country, not knowing what Kosovo is and eventually deciding that referring to us as ‘Kosovans’ would be the most appropriate, although this is not the politically correct term.

This lack of knowledge only meant that I, along with other Albanians, would be forced to continuously explain where we are from. Although even after many years of doing so, I would still encounter people looking at me with confusion when I would say, “I’m Albanian from Kosovo.” 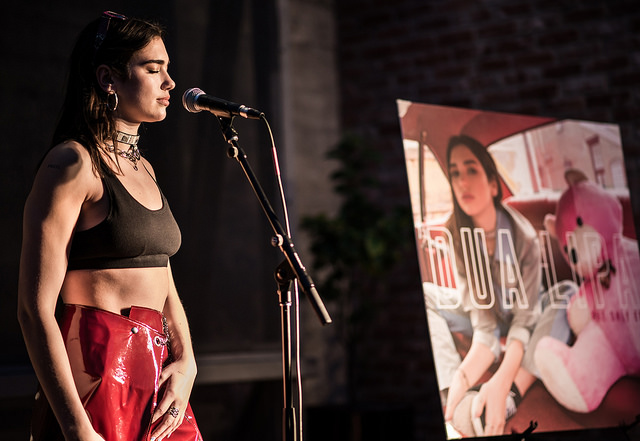 Despite all the reports about the separation of Yugoslavia, which resulted in three separate wars, the only way in which people became aware of Kosovo was through popular culture and music.

Kosovo gained independence on February 17, 2008, although this was an incredible milestone, this did not quite elevate the recognition of the country to a level that I personally was comfortable with. It was only through the successes of these artists that this level of recognition began to grow.

It seems unusual, to hope for a public figure to bring awareness and validity to your own identity. But, this is exactly what it did. Although Albanians are very proud of their history, culture and heritage, to be able to share this and be appreciated by the rest of the world is an entirely different feeling of accomplishment.

Our communities spread all over the UK support the amazing accomplishments of Albanians, and like a family, we praise each other regardless of the scale of our success. Some of the proudest moments come from listening to popular Albanian music in the UK, and being recognized as a nation for producing ‘amazing art.’

The Times recently reported that “Kosovo is producing the best female pop artists,” which draws recognition not only to the successful individuals like Rita Ora, Dua Lipa and Bebe Rexha, but the entire nation itself.

Although many of the well known artists that have put our nation on the map are singers, there are many other accomplishments that we are equally proud of.

Within our communities, we have identified different ways in which we can support each other, with groups like The Shpresa Programme, created to support women in difficult situations, and Albanian language schools, for children and adults who wish to continue learning their history and heritage.

This phenomenon of “putting a nation on the map” has been happening across other minority groups around the world for many years. It is not a new concept. Art all over the world has introduced people to different cultures and backgrounds.

The likes of Dua Lipa, Rita Ora and Bebe Rexha are a token of hope for the Albanian communities around the world. We may have all heard of the term ‘putting us on the map’, which is exactly what these international successes have managed to achieve.

Perhaps considering the way in which Jennifer Lopez and Shakira have brought a Latin vibe to mainstream music, and the way in which they have equally drawn attention to their communities. This is constantly repeated and we can be introduced to new music and cultures through popular culture.

So, we can’t help but consider what this says about popular culture in our modern society. Do we consider ourselves irrationally obsessed with the rich and the famous, or are these artists bringing a new and interesting culture to the music scenes around the world?

Featured Image by A Taste Of Kosovo via Flickr CC