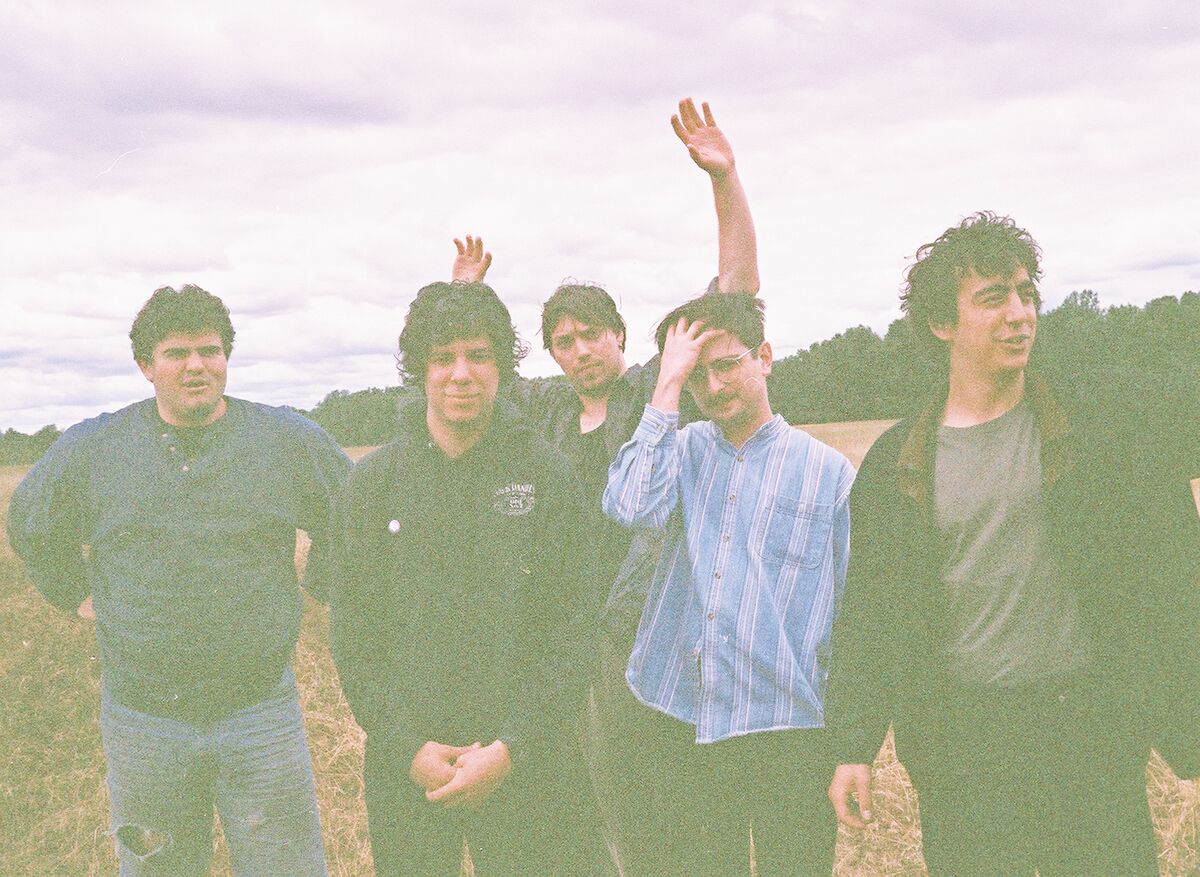 Naming a band after one of the most beloved TV shows of all time might seem a little risky, but thankfully for the Chicago lo-fi quartet Twin Peaks, their music gathered enough hype and has had such a positive reaction that they were able to drop out of school and pursue a full-time career as a band.

Their youthful enthusiasm and energy fuels their tours and the band still tries to do shows at the house parties in every city they visit; they are never deterred by a small crowd – the five-piece has seen the crowds turn out for what they do.

Twin Peaks have so far released three very intimate and loose records. “I would hate to see you walk away, But I won’t cry or beg for you to stay,” sings Cadien Lake James in the opening track on the bands’ third album Down in Heaven.

We spoke to Cadien and the bassist, Jack Dolan, the boys gave us an insight into their music and live shows.

What’s your first memory of music?

Cadien: I remember listening to The Cure’s greatest hits!

Jack: My parents used to listen to The Beatles a lot, and my dad would sing me some Beatles songs before I went to sleep sometimes.

You’ve released three records in total. Do you consider your albums to be a continuation of each other or they are just stand alone independent pieces?

Cadien: I guess, maybe a little bit of both. It’s all us, so I suppose that makes it a continuation but it’s not a concept. These are just records, but they still are telling our story.

Is there any particular message that you wanted to share with your last album Down in Heaven or would you rather the listener to interpret your music however they please?

Cadien: For me doesn’t matter, take it what it means to you. We didn’t go into it with like a theme in mind, but it seems like a lot of heartbreak songs.

Jack: It’s funny like people do come up with their interpretation. I guess what’s funny that people always try to reference the music to their own life. I suppose that’s just life or whatever, growing up. A lot of our music is based around there because we all still are growing.

Cadien: I suppose the title gives it some frame to me, Down in Heaven. Things are going like you’re in heaven, but you’re still feeling down. The bittersweet stuff, something like that.

How did Baby Blue come about?

Cadien: That’s my sister’s nickname. My brother wrote the lyrics for that. I remember I was like 15-16 and it was just about my sister going to college. I missed her when she was gone, and we would talk on the phone to come home and break some stuff.

I realised that your music is divided between melancholic songs and super fun upbeat ones! Do you find sadness or happiness more inspiring to create? Or is it a mixture of both?

Cadien: I usually write songs about the bad feelings. I guess it’s just a better way to cope with them, to deal with the good feelings and just live your day-to-day life. But when I pick up my guitar it’s to translate sad emotions, perhaps.

Jack: Yeah, no one really wants to hear about how you’re happy and chilled.

Your shows have a reputation as being extremely wild. What makes for a good live show for you?

Cadien: Surely, just enthusiastic crowd and a decent sound on the stage so we can hear each other. That’s about it, to have people to chill and have fun with us.

Jack: A couple of beers.

What’s the wildest thing that happened so far on tour?

Jack: I guess we were in Bristol and we got like overbooked at this little cafe. They had to stop the show because the floor was collapsing. There were just so many people jumping around, and that was pretty crazy. We never had that happen to us before, that the building was being destroyed during the show. I mean we have damaged buildings before but never like a whole infrastructure.

Where do you get your inspiration most to create?

Cadien: When I’m feeling sad. I don’t know, the inspiration is hard for me to describe. I feel like Neil Young when it does with his bitter words. It’s like writing a melody or song, or chords kind of feel like a conduit for something, but for me, I just start playing something and then it’s there. It’s not often when I’m thinking about something, and then I make it. Usually, I make something, and then I figure out what it means.

Jack: It sounds good first and then you kind of develop the whole thing around there. It’s the easiest way, I think.

I guess you get asked this question a lot but what’s your favourite character from Twin Peaks show?

Cadien: I’m a fan! Clay and I wrote a comment the other day on Instagram about the new season.

Cadien: Yeah, but he made a good point that I will like anything to do with David Lynch. Which made it hard to talk about because I just like everything he does! But I don’t know, there’s a lot of great characters, like a kid Tremond. He always makes me smile!

Jack: I like Lucy Moran. I haven’t actually watched any of the new seasons yet. She’s great, and we met her cousin or something, recently. I’m also a big fan of Laura Palmer. 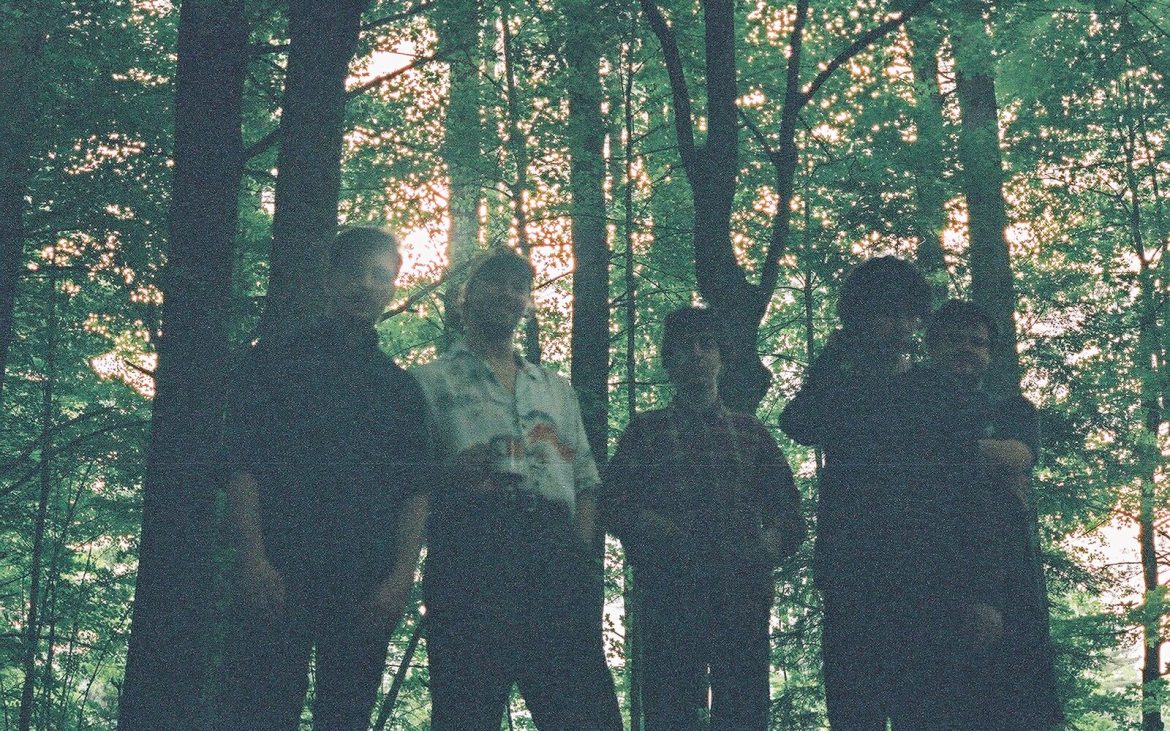 Cadien: Chicago. It’s home for us and we always have a fun time playing there. I like playing in Austin a lot and in Berlin as well.

Cadien: Madrid is a lot of fun and Barcelona too. I like it all over!

How does songwriting process work with nearly all of you contributing to that front?

Cadien: We all always worked together on little parts here and there, but it used to be a bit more like adapting the song to the parts. Now we come to the studio with solid ideas all the time and just kind of play around with each other.

I love Ordinary People, please tell me how did it come about?

Cadien: Oh, it’s really sad song. I wrote it on the piano a long time ago and just had the last lines “And never has she been just one of those people ordinary people”. It ended up being about my grandma dying and the girlfriend I had at the time, and how nice it was having her in my life when my grandma was passing away.

What’s happening next for you? Are you going to release a new record anytime soon?

Cadien: Right now we’re doing this single series to the rest of the year. We’ve got a different seven-inch coming out about once a month for about five or six months. We’re also building a studio in Chicago, and we’re gonna work on some new stuff soon. Just keep making music!

All images by Daniel Topete