LGBT in the elderly community

This announcement comes at a crucial time for the social care sector and LGBT rights activists who have been endlessly campaigning to raise awareness and improve mental health services for all, especially, those in the community.

Yet, there are many who intentionally stay out of the limelight resulting in a grey area of individuals who rarely, if ever, find the care they need.

Senior members of society who identify themselves as Lesbian, Gay, Bisexual and Transgendered have become part of an invisible class of citizens when it comes to life later on and especially when it comes to mental health issues.

There are several factors that, according to professionals, contribute to this ‘silenced’ group of individuals including bullying and discrimination against LGBT individuals, lack of sufficient training for care workers, as well as a general stigma surrounding mental health.

Damian Green, First Secretary of State and Minister for the Cabinet Office, acknowledges the difficulties faced by the social care sector: “An ageing population needs a long-term solution for care, but building a sustainable support system will require some big decisions.”

However, when you are dealing with mental health illnesses such as dementia, a progressive neurological disorder, which overtime robs an individual of their memory, cognitive abilities as well as their ability to communicate, it soon becomes clear that a deeper understanding of the issue is required.

For those from the LGBT community, facing a dementia diagnosis is life changing. In 2015, the Alzheimer’s Society reported more than eighty-five thousand people who were living with dementia in the UK alone.

It is estimated that by 2025 the number of people living with dementia will rise above one million.

Sally Knocker, a consultant trainer with Dementia Care Matters and an Opening Doors London Rainbow Cafe Co-ordinator, has never shied away from speaking out about mental health care for those in the LGBT community.

For Sally dementia care for LGBT members is a complex issue and she goes on to highlight several factors including religion, language, sexuality and ageism. 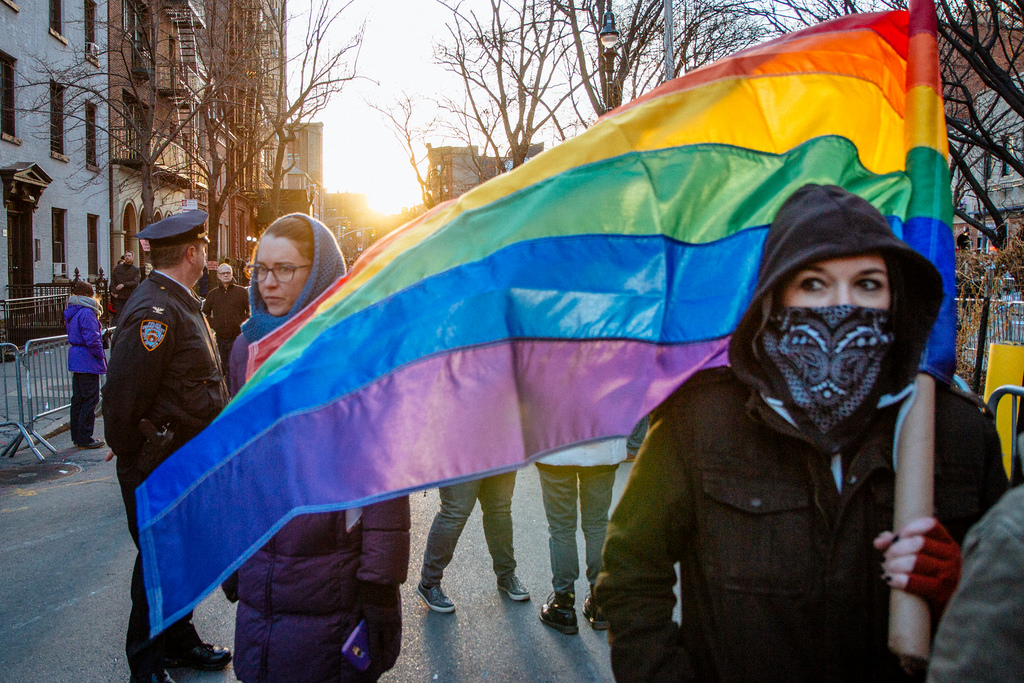 Understanding the background of an individual who would have grown up in the 60s and 80s is a harrowing reminder that not that long ago we lived in very different times. In fact, The Buggery Act 1533 was the country’s first civil sodomy law. The Act defined ‘buggery’ as an unnatural sexual act, that goes against the will of God and man, and it remained a capital offence until 1861.

“When you think about it a lot of the older generation would have lived through a time where they would have been labelled mentally ill or criminal. Especially, in the case of gay men before 1967. They would have been in complete fear of losing their jobs, or losing their families. It is a history that those of us, who are gay and living in current times, could not even begin to contemplate,” Sally said.

One of the biggest problems faced by government organisations is understanding the real numbers of people in the community. “People are not going to make themselves known to services,” Sally told us, “because of their past, they won’t actively seek out help.”

This in turn generates a vicious circle of mental health sufferers not seeking the help they need and the government not having realistic data to help improve an already dire situation.

Speaking of the care workers Sally told me they could not believe a woman of her age still even thought about sex. Responses to incidents such as this serves to highlight the often “benign thoughtlessness” as Dr Julia Botsford, from Dementia UK, puts it, that older generations face.

Although the Equality Act can defend people from being discriminated against it does not always mean it does not happen. “It should be about ensuring the right staff are employed and where there are problems they are addressed by the right people. Homophobia can potentially come, not only, from staff but also from other patients,” Julia said.

Many people from older generations will have married heterosexual partners. Effectively, on paper they will appear heterosexual. This often leaves loved ones and care professionals at a loss in terms of providing individualised-targeted care. Personal beliefs, including religion, as well as culture and background can often conflict with those of LGBT patients. 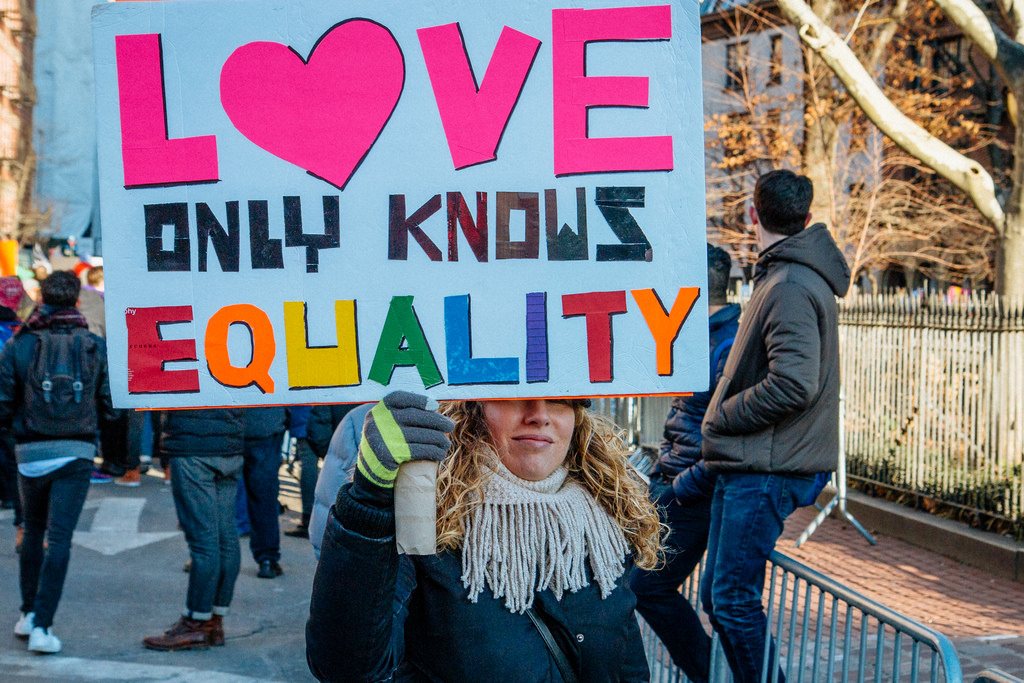 According to Sally the big elephant in the room is religion. “In my experience, a lot of the workforce [in the care sector] that come from Eastern-European and African countries have very strong religious and cultural beliefs. I have had people praying at the back of the room. In one incident as I started a training course one person asked me what causes this perversion and how to stop it.”

So, where does one go from here? “People are so nervous about being accused of being racist that the whole topic becomes quite complex.” Sally told us. “Especially, in the post-Brexit era we find ourselves in, where we do not want to encourage any more prejudice or racism.”

Stonewall, an LGBT rights charity, collates information and data to highlight the struggles individuals face as well as providing tools and resources to educate. Their research document, from 2015, Unhealthy Attitudes, illustrates some of the problems faced by the care sector.

There was also evidence to show that there was often failure to support LGBT patients – one-in-ten staff and patients said they had witnessed staff expressing the belief that someone can be ‘cured’. Many are afraid to speak up when witnessing bullying or discrimination. In fact, the study found that one-in-six would not feel confident challenging colleagues who make negative remarks.

On a positive note one third said that the NHS and social care services should be doing more to meet the needs of lesbian, gay and bisexual users. Actively making progress to improve the quality of support for LGBT equality.

However, many felt that overall, staff were unequipped to challenge prejudice. Trans issues often remain unaddressed in training, with only one quarter of those trained reporting that the legal rights of trans staff and service users were included.

“Assisting transgendered individuals currently seems to be more of an issue.” Dr Botsford told Artefact. “I’m not sure we’re getting it right.” In this instance, it appears to be vital to remember that sexuality is a single element of an individual’s personhood. The level of importance is dependent on each individual. “For some it is a very important part of their lives and for others, less so.”

In an environment where people naturally feel reserved it can be hard to judge how well services are tackling the issue. “The aim for providing good quality dementia care is to be able to fully support individuals as people by providing person-centred care.” Dr Botsford tells me that person-centred care utilises health and social services to plan, develop and monitor the care provided to an individual to ensure it is tailored to meet each person’s needs.

As an individual’s dementia progresses organisations such as Dementia UK are faced with the struggle of getting people to think ahead.

Advance Care Planning allows people to write down a ‘will’ of sorts that would permit loved ones, as well as care professionals to help those affected by a mental illness live their life how they would like to. It deals with the difficult subject of asking, “Who would I trust most to be asked about what I want?”

“Building awareness,” according to Dr Botsford, “involves not tolerating where discrimination, intentional or otherwise, occurs. Information should be inclusive – not assumptive – that is where we can start to make a difference.”