Letting it all out on the dance floor

Think about it for a second. In our society, we are taught to behave rationally. Showing too much emotion tends to be seen as a weakness.

During everyday life we work, we study, all the while keeping up a persona that we choose to exert to certain groups. Perhaps we use a different persona for our friends compared to our family or our boss, so to fit into a particular group we wear a mask in an attempt to not let too many strangers in or too many emotions out.

So when do we forget about these rules of social conduct and truly let ourselves go? 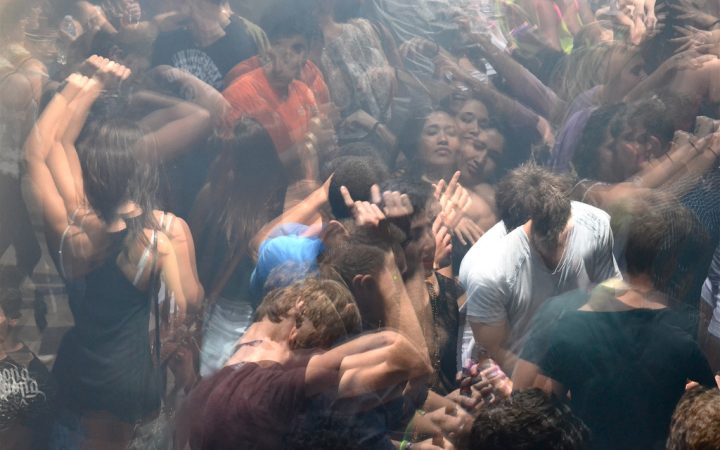 Funnily enough in a thumping, dark room where sound and sight become irrelevant.

Yup! You guessed it, the dance floor.

You know it’s true, you look around and there are hundreds of sweaty faces smiling at each other, arms embrace you and pull you close. Strange faces, but friendly nonetheless, there is a moment of unity here with all people around you. This is the feeling Dr Beate Peter picked up on and studied.

Intrigued, Artefact attended and spoke to Peter before the event to understand her research clearer.

Her principal argument is that going to raves has a particular effect on our senses, which can help unlock areas of our unconscious that were previously unreachable. “I think in western cultures we’ve lost our traditions and opportunities to connect with the unconscious, I think in other cultures it is a lot more common,” she told us.

To be specific these ‘other cultures’ that Peter is referring to are the ‘tribals’, particularly the ones who practice shamanic dances. Peter draws on the research of Carl Gustav Jung who distinguishes western societies as more in control of our emotions. This is contrary to tribal cultures, where emotions and erratic movements are encouraged.

For us to lose control of our senses and portray the emotions that we usually block in everyday life, the brain needs to go into a state of trance. This is usually achieved through a sensory overload: through sight, smell or sound.

A particular state which Peter is interested in for her research is possession trance, which she describes as: “Where a ghost or a spirit appears and in order to become visible or audible to an audience it possesses another person”.

This often happens through polyrhythm where the ‘possessed’ hears various rhythms on top of each other. Possession trance results in these erratic movements which often include head bobbing and arms flailing up and down. 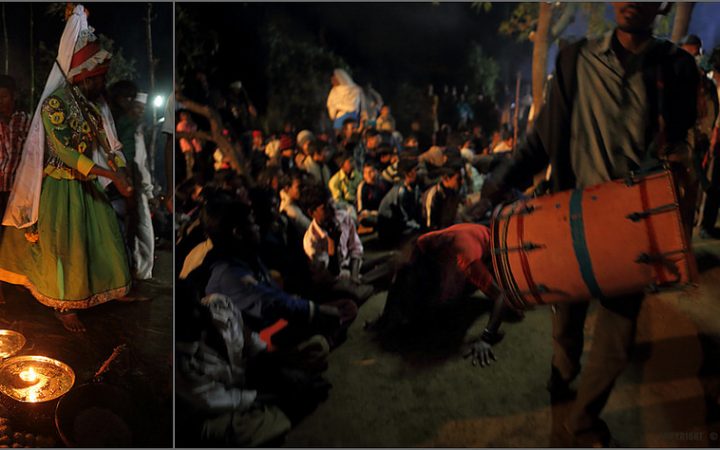 Peter evaluates by saying that “in Tribal cultures, this is done a lot more regularly and I think that this is very healthy”. For us in the western world, however, it is a lot less common. Which may be why we have “this disconnect between the body and the mind.”

At this point, Peter mentions the European philosophy ‘Cartesian Dualism’, proposed by René Descartes. It states that the human mind is detached from the body, that they are separate entities. Peter believes that the mind and body have always had a strong connection but may have lost it somewhere. It is through her observation of tribal cultures and their use of possessive trance that the two can link.

The unconscious mind is made up of the ego, personal and collective unconscious, which is a level of consciousness shared with other members of the human species. This could be what links us together on the dance floor.

“There must be something else. And what I’m saying is that you can feel it. You can’t articulate it, you can’t isolate a thought or a feeling that you have at this moment in time but there is something about yourself that you can learn on the dance floor,” Peter tells us. This is because you are expressing it unconsciously, as soon as you talk about it with other people it becomes conscious.

A friend of Peter referred to the link of the collective unconscious with other people as “muscular bonding and he talks about people moving together in unison.” This is the idea of smiling or hugging total strangers in a club or rave, as Peter puts it, “you’re less inhibited to talk to other people.” 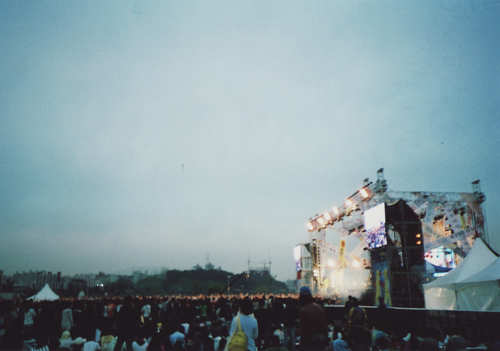 Pulling this all together, Peter’s observations of tribal culture rituals and their state of trance can relight the existing link between the mind and the body allowing them to access their whole psyche. In western society, what better way to reach this state of trance than going raving and listening to trance? Peter believes that “going raving is one opportunity to reconnect.”

Electronic music has the perfect environment to create this ‘sensory overload’, enabling us to enter a trance-like state. Peter explains that electronic music particularly stands out due to its cues. When the build up is heard, everyone around you is already anticipating the drop, you may look at your friends, put your hands up or just close your eyes.

“When the drop comes and the bass come back in, there’s a certain level of euphoria,” says Peter. “There is a certain emotional release when the bass comes back, people connect through this as it is purely emotional.”

Peter argues that this emotional release provides an opportunity to discover ourselves more completely, so accessing the unconscious through physical movement which may be dancing in a trance like state. She does however say that it might not work for everyone.

“It depends on how fully immersed you are, it depends how much you can let go. In an ideal scenario, you come home in the morning and you think something happened to me last night.” You may not quite have the words to describe it but as Peter puts it: “You connected with other people without having to speak”.

The key phrase here is ‘without having to speak’. What does this mean? Perhaps that this experience is cross culture? Cross race? Uniting in the purest form. Peter also suggests that the experience of raving can help those who are shy, or with anxieties as words are not necessary.

It’s obvious that speaking to new people is sometimes a lot harder than dancing and alongside them. This is especially true in our world of constant connectivity through social media. Peter says that as a result of these social sites we see, “social skills increasingly going down […] here is something where you don’t have to talk, so shyness is not necessarily an issue.” 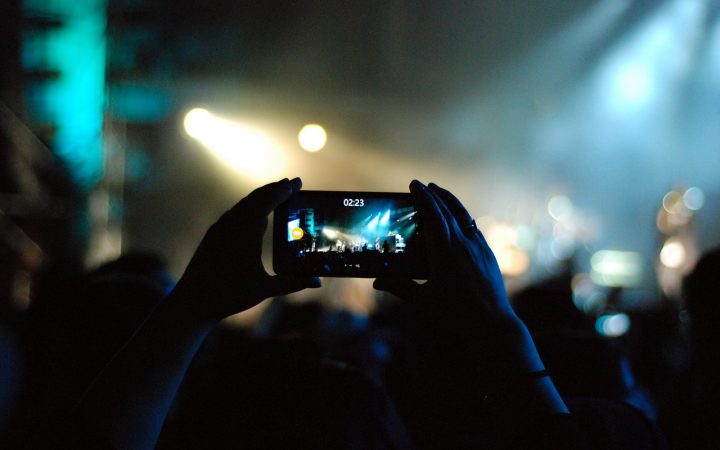 Lastly to mention would be the use of drugs alongside electronic music. Some may argue that drugs are the reason for such openness on the dance floor.

Peter agrees: “Any form of drugs: it can be alcohol, it can be any sort of chemical substance lower your inhibitions. They change your perceptions of reality and your body responds by making you more positive, more open.”

This is a fact, so therefore many people choose to take them for that very reason. But although drugs are woven into the fabric of rave culture, they are not necessarily needed to have a positive psychological experience on the dance floor.

But as Peter says it would be best to move away from the association of drugs with electronic music. Using drugs in raves is often linked with escapism. This is an area to move away from and rather embrace the music, the ones around you and the feeling of unity of the dancefloor.

The modern, digital city can be a lonely place so here is a place to feel as part of a union.