On January 21, thousands gathered at Downing Street to protest for gender equality. Men and women of all colours, ages and backgrounds attended the event in a show of solidarity in the rain and sleet. 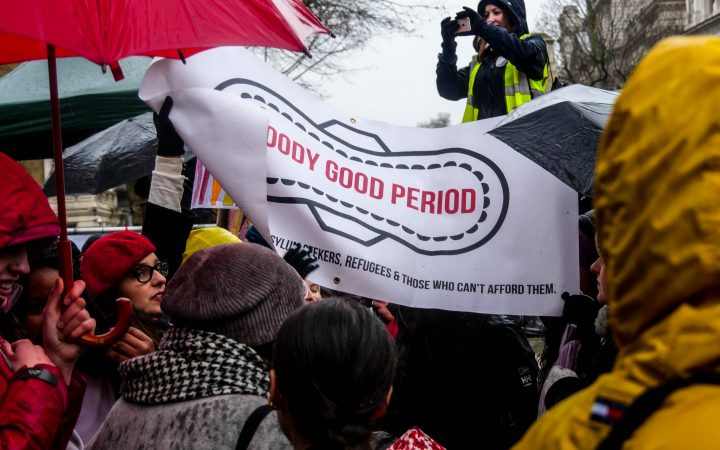 ‘Bloody Good Period’ collected sanitary products for those in need

The crowds could be heard chanting “Times Up!” for issues such as gender-based violence, bigotry, prejudice, and economic oppression of women. The organisers, Women’s March London (WML), pledged: “Together we are strong and if we all work for a better world then time is really up for oppressors of women.”

The event marks the one-year anniversary of WML whereby over 100,000 protestors filled the streets of London to highlight women’s rights on Donald Trump’s first full day as president.

Donald Trump on countless occasions had demonstrated sexist behaviour throughout his campaign and subsequently, women across the globe united in protest to protect their rights. 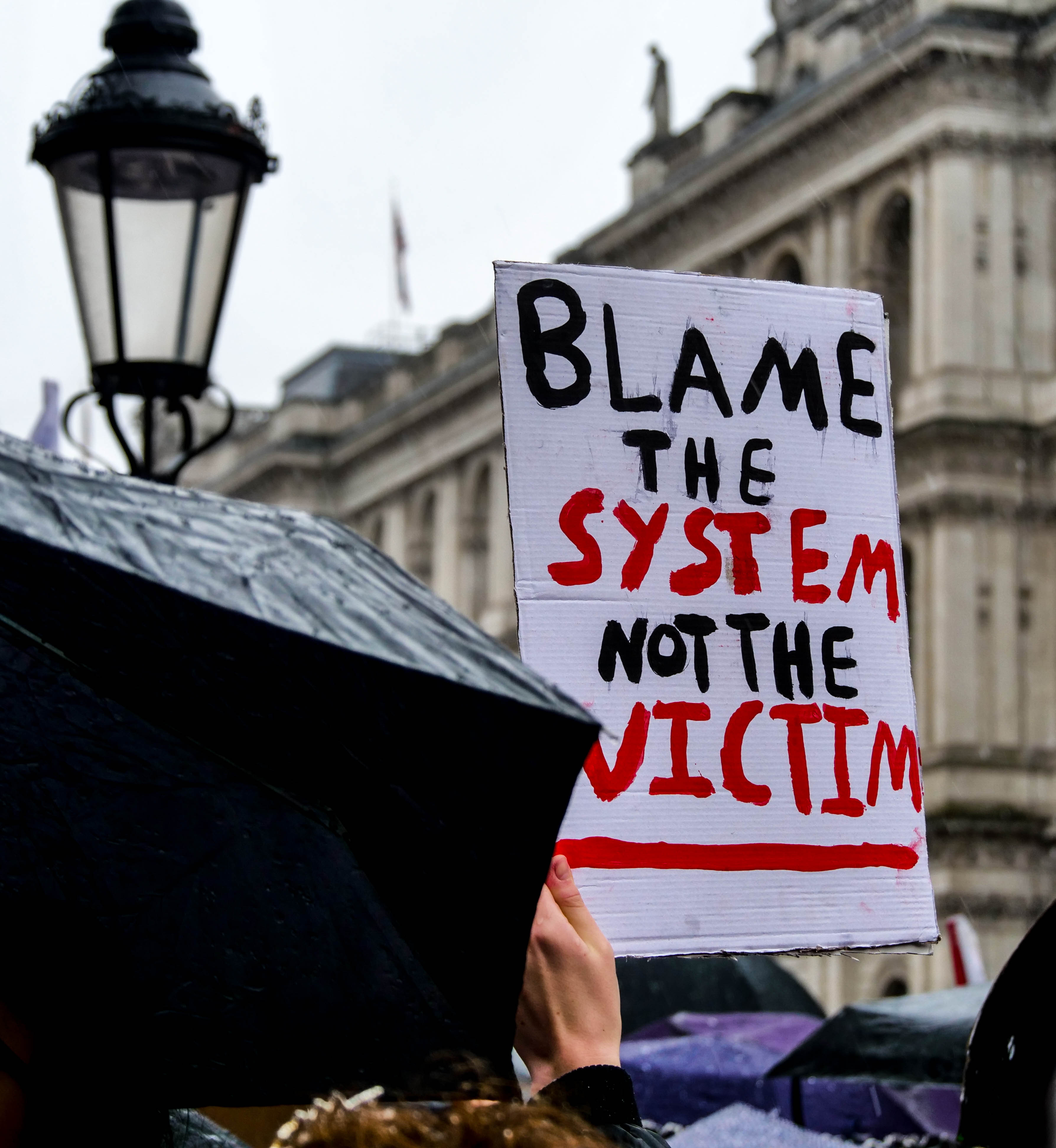 Posters smudged in the rain and snow

This global movement has been pivotal for bringing prominent issues surrounding women to the mainstream.

Following Harvey Weinstein’s sexual abuse allegations in October 2017, women have felt empowered and encouraged to speak out against sexual abuse whether it be all too common day-to-day harassment or serious sexual abuse claims.

What USA Today has called the ripple ‘Weinstein effect’ also coincides with a subsequent #MeToo campaign. The hashtag created to make women feel no longer alone when facing sexual harassment quickly became viral and has given women a platform on social media to voice their issues. 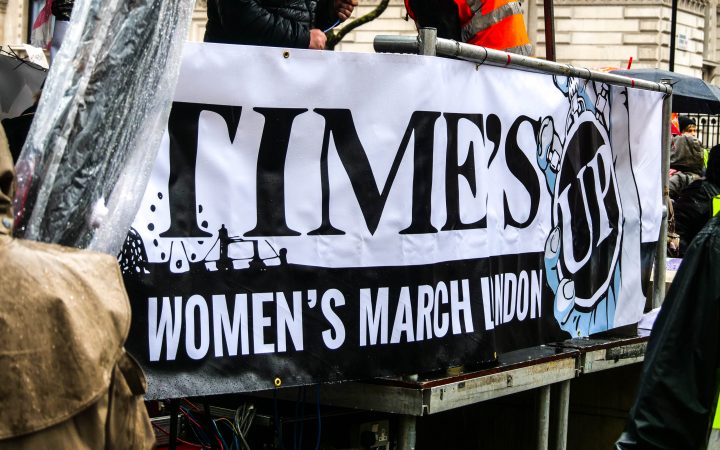 Thousands gathered around the podium to hear the speeches

This whole movement of feminism and female empowerment has taken the world by storm. A global protest, some 300,000 women attended the women’s march in Los Angeles this year.

Whilst the marches last year served as a defence against Donald Trump, in 2018 the protests acted as a political statement. In the London rally this year, speakers discussed the pay gap in institutions like the NHS and in the US, participants were encouraged to focus their passion on the midterm elections. 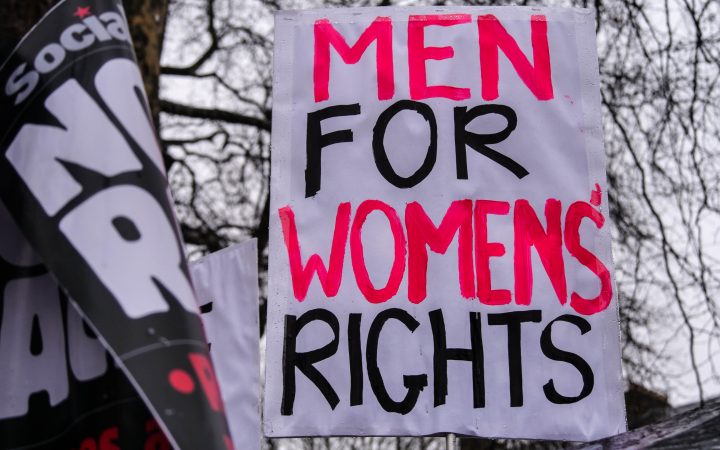 Men also attended the rally in support of women’s rights

Many also stressed the need to highlight that all women should be represented. Women of different colours, culture, background as well as trans women were celebrated in this year’s marches.

Though numbers were not as high as last year’s event in London, organisers said they were still humbled by the crowds gathering in the snow. A WML spokesperson told Artefact: “The Women’s March London Time’s Up Rally was a phenomenal success. It was brilliant and inspiring to see thousands of people brave the snow and rain to pledge their support for a call to action to end the phobia, oppression, bigotry, discrimination and harassment prevailing in our society today.” 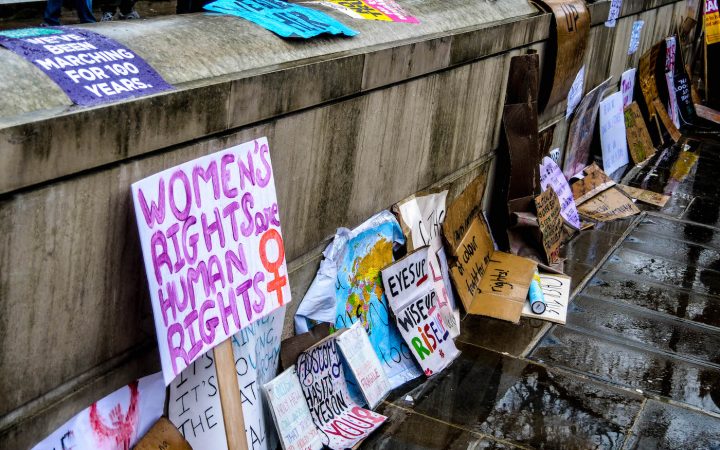 Signs left after the rally

WML has since released a letter to Theresa May on social media which they hope will spread and grab the media’s attention. The letter listed what WML felt May should tell Trump such as “Implement the Dream Act” and “sign the Climate Change Accord”.

It declared: “A special relationship means that you have influence, so please use that influence to tell the President ‘Time’s Up’ on his policies that discriminate, demonise and create divisions where harmony and peace should exist.”

This female uprising is showing no sign of slowing. The strength and positivity that women from all over the globe have passionately demonstrated is truly inspiring and might yet influence laws and society for the better.

All images by Josie Collins