Weinstein: How much did his victims know?

There has recently been a lot of media coverage surrounding Hollywood producer Harvey Weinstein’s inappropriate behaviour towards actresses he worked for over the past years. Some of the allegations of sexual abuse came from top-rank Hollywood artists such as Gwyneth Paltrow and Angelina Jolie.

Before we consider how much the producer is to blame for the case, let’s look at what the social media suggests on the subject.

On October 5, the New York Times published a story portraying decades of Weinstein’s sexual harassment. This story informed readers that over a period of 30 years Weinstein used his position to ask actresses for massages or to watch him naked. In return, he promised to help them advance in their careers. Actresses such as Rose McGowan and Ashley Judd have confirmed they suffered from Weinstein’s behaviour but now the Hollywood producer’s lawyer is ready to sue the newspaper.

As a result of his behaviour, which is being investigated by the Metropolitan Police, not only has Weinstein lost his job, his reputation with the Academy of Motion Picture Arts and Sciences, but also his wife, Georgina Chapman, who has since left him.

Harvey Weinstein is now being seen as a bad guy and as a result has lost his honorary CBE, a decision confirmed by Downing Street. Who would believe Weinstein’s defence when even the US ex-president Barack Obama has spoken out against him? George Clooney thinks his behaviour is ‘indefensible’ and Hollywood A-listers such as Meryl Streep, Benedict Cumberbatch and Leonardo DiCaprio have agreed.

While everyone sees Weinstein as a scapegoat and blames him for  unacceptable behaviour that has hurt many people, let’s try to look at the case differently. No, don’t get me wrong. I am not trying to sound misogynistic here; I am trying to be realistic. What if we turn around and see Harvey Weinstein not as an evil rapist but as a protege who helped young actresses to spark their careers?

If we look back and remember the 90’s, Gwyneth Paltrow and Angelina Jolie were no more than aspiring young women aiming to build a successful career in a Hollywood, where Weinstein was already famous and successful. Paltrow says she was propositioned at the age of 22. But one shouldn’t forget that it was the films of 1996 produced by Harvey Weinstein called Emma and Shakespeare in Love that both received an Oscar and gave Gwyneth Paltrow her recognition. 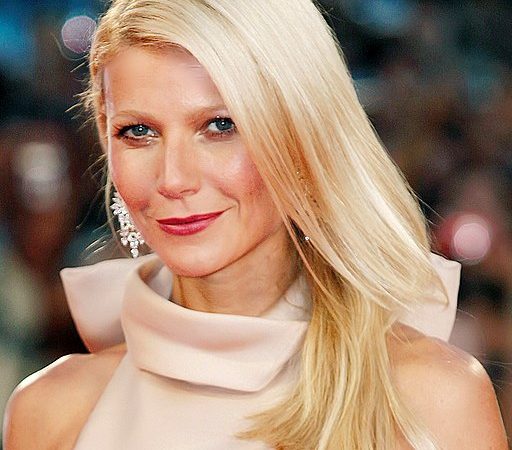 Lauren O’Connor, a former employee of Weinstein’s company:
‘I am a 28-year-old woman trying to make a living and a career,’ she wrote. ‘Harvey Weinstein is a 64-year-old, world famous man and this is his company. The balance of power is me: 0, Harvey Weinstein: 10.’

Yes, this quote only highlights the imbalance in male-dominated industries and the topic of gender issues, but is it not true? I believe here it is not just the case of male power dominating our world but the case of the apparent difference between Weinstein and his charges’ knowledge, wealth and experience.

In contrast to this idea, Oscar-winning actress Kate Winslet told the Los Angeles Times that someone once said to her: “‘Make sure you thank Harvey if you win,’ referring to her Oscar for The Reader in 2009. And I remember turning around and saying, ‘No, I won’t’.”

This quote suggests the opposite idea that Kate Winslet did not have anything to thank Harvey Weinstein for but believed her success was due to her commitment and talent. Yes, I will never undermine the expertise of the actress who was nominated for an Oscar three times before the age of 30. But I wouldn’t give the same credit to all the other starting actresses with average acting abilities.

In life, I believe each of us will have a point where they will have to make a choice. Now, I believe that in order to promote your career sleeping with your boss is not a great way to do it. But taking a shower with Harvey Weinstein would surely give some career benefits to his protegees.

The board behind the Oscars says that the whole issue has no place in our society, but as a grown-up, I know that whether we want it or not, such instances do still occur.

In the end, I believe it’s the matter of everyone’s personal choice whether to agree with it or not. Most importantly, I think we all must remain honest with ourselves. And if at a pivotal moment in my life I will decide to act not in a comme-il-faut way to get huge perks out of it, 20 years after I will be sure to take responsibility for this act on myself.