After being open for 20 years, the iconic Parisian concept store Colette bid ‘adieu’ to its clientele – December 20, 2017 marked an end of an era which allowed street wear to be recognised as high fashion.

The boutique was founded in 1997 by Colette Roussaux in Paris on 213 rue Saint-Honoré, and has been run by her daughter Sarah Andelman in recent years. Andelman shared the news in a post on the Colette Instagram account the morning of July 12, 2017, outlining  the official announcement of the store’s closure.

Parisians and fans all over the world got an understanding about the store’s abrupt closing in that post: “Colette ne peut exister sans Colette” which translates as ‘Colette Roussaux has reached the time when she would like to take her time; and Colette cannot exist without Colette’.

With the growth of online shopping and social media emphasising how limited our time is, the spate of closures of retail chain locations came as no surprise. Consumers are now attracted to specialist items with a strong brand story; expensive fast fashion, just doesn’t cut it. 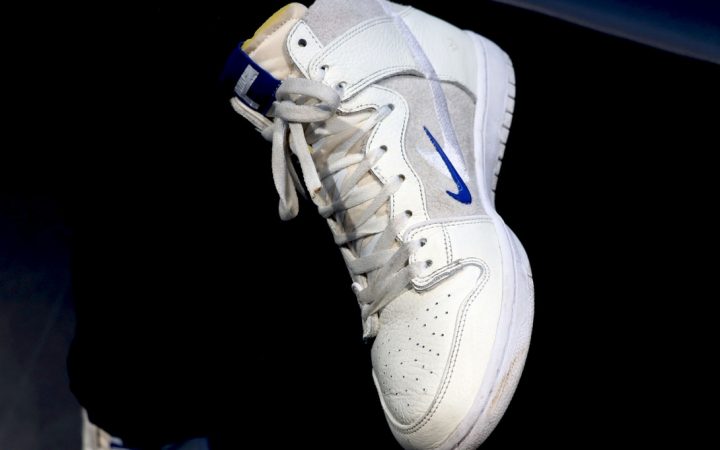 Nike were one of the brands working with Collette [Hypebeast FR]

It is the most famous concept store in Paris. It is known for being the point of reference for every person who is ahead with the trends. Roussaux and Andelman’s criteria for the store was as simple as pie – the store only included brands they liked. Colette’s PR Guillaume Salmon explains: “Sarah would wear a Comme des Garçon skirt with a pair of trainers, it’s so natural and it was important for the shop to have exactly the same stuff”. There were the brands that you can’t buy anywhere else. Colette was known for its exclusive collections and bold high-low product prices.

He continues “It’s this idea of blending a big brand with a young designer.” Established luxury brands such as Chanel, Saint Laurent and Balenciaga next to emerging designers like Sacai and Christopher Kane. It was also a haven for emerging designers, being stocked in Colette was an important vote of confidence which could solidify a brand’s reputation and subsequently lead to more orders from other stores. It was a rite of passage of sorts and for some brands such as Off White. Guillame added, it wasn’t their idea to make it cool “we’re just like that”. 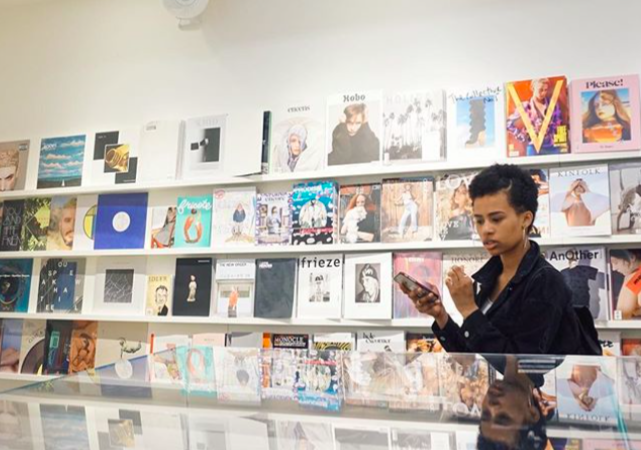 From the jump the store had trainers, T-shirts, sweatshirts, denim brands and designer brands. Pierre Nicholas remembers getting his sales assistant job just before the closure: “It was the first to have Bape, Supreme and Billionaire Boys Club in store, which drew me to work here as I wear those brands.”

When I first heard about Colette it was through word of mouth from my friend who lives in Paris. The same as Quentin, 21, who told me about his experience at Colette when his friend offered him a job. “Pharrell would pop in every Saturday as he had multiple collaborations with the store”.

Being able to present illustrators, photographers and others was really important for the store because it was such an animated space not just a shop. The free flow of the place made Colette, well, Colette.

You weren’t obliged to buy a product; you could just come here and discover a piece of art. The window and displays were changed every week for 20 years, the window like a magazine was the cover of the week and the shops interior was decorated to showcase the latest trends, beauty products, fashion, style, clothes, books, art.

Guillaume said as PR, their role was to spread word of the store: “Its a good image to read a shop like a magazine, which was my exact experience when visiting Colette for the first time before it closed.” 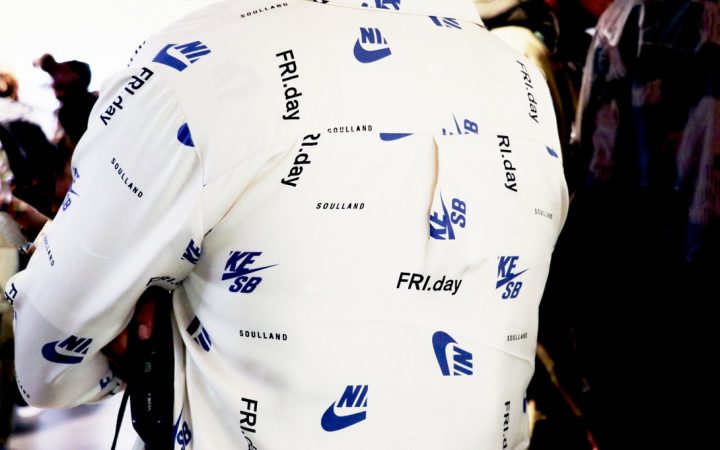 Travelling to Paris is always exciting, but then being in Colette is super enriching – you would meet customers and staff that are all different and unique.

The shop had many significant moments with Brands. Hari 27 who worked at Colette for two years mentioned that “Elton John came into the store one day and made note that he was going to buy everything to gift.” Karl Lagerfield had also made it known that he finds it is the only store he shops at because it has everything. It has been collaborating with some of its favourite brands – the recent Chanel takeover saw a pair of Pharrell-designed adidas collab trainers that are rumoured to resell at £30,000.

Since it is rumoured that Yves Saint Laurent will be permanently moving into the space when the boutique closes, the last collaboration was with the brand despite their past mishaps. An iconic moment in 2013 YSL and Colette cut ties when Sarah Andelman got into a riff with the creative director Hedi Slimane over the T-shirt that stated “Ain’t Laurent Without Yves.” Having been in business with one another since 1998, Saint Laurent decided to sever all ties with the retailer despite Andelman spending €440,000 (£387,209) for Laurent’s previous Spring and Fall 2013 collections. 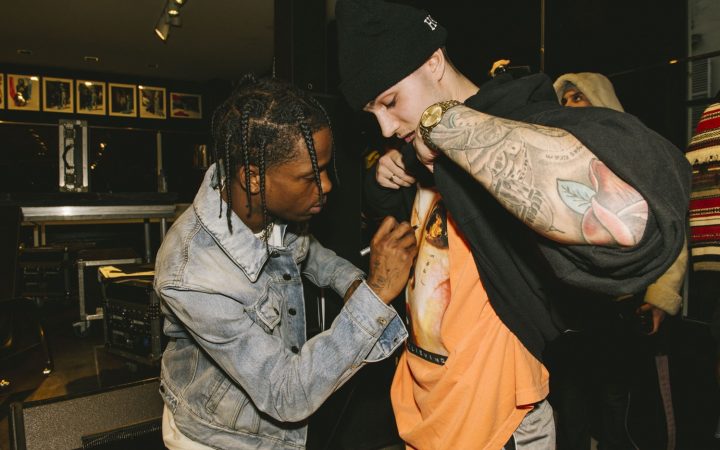 Just days before the closure of the store, the day I interviewed the Colette staff, rapper Travis Scott came in store for the Saint Laurent vinyl signing worth €600 (£528) each. The staff were lucky enough to get a private performance from the rockstar, my boy Pierre Nicholas hooked me up with some footage that you can watch in my vlog.

Other significant celebrity moments was famously known fight between rapper Theophilus London designer ASAP Bari and ASAP Rocky’s Stylist Ian Connor. Each key figures in street style who visited the store thanks to their collaborations.

Colette will remain a significant pioneer concept store, as it saw what young people were wearing before designer brands, they clocked onto what people actually want to buy and gave those small brands a platform and a larger audience/ clientele.

Marvin, 45, worked at Colette for 15 years, “we watched street culture brands emerge”. Thanks to people like Roussaux we have seen the rise of street culture. Many brands have taken a less traditional approach of suits and couture in their collections and are designing clothing people can wear everyday.

It’s more than the starting point of limited edition clothes shoes (because that was it’s start) but it was the rise of the street culture experience and influence into designer brands like Louis Vuitton x Supreme. 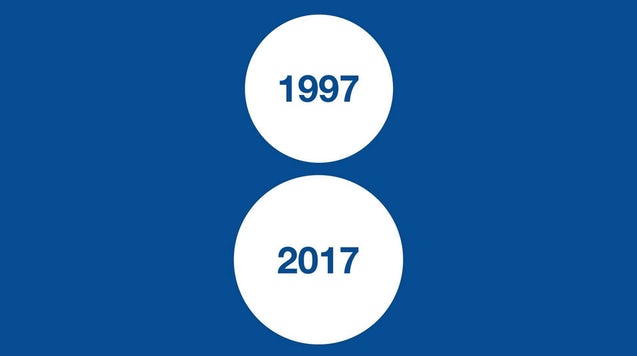 Colette is the future more or less. It contributed to the domino effect in the fashion industry today. Post-annoucnment of the closure of store, in an article Harling Ross described Colette’s purpose “as an incubator for emerging talent and an unmissable shopping outpost for locals and tourists alike”.

With ready-to-wear fashion moving at such a fast pace it has caused many designers to leave fashion houses or step down from creative director roles to take a break from the pressure of the industry.

The way we consume fashion is changing, consumers are no longer swayed by sustainability and exclusivity, meaning many brands including Colette are having to pause their breaks and conjugate their next steps on keeping people excited and engrossed in the fashion conversations of the next big thing.

Here’s our guide to the best of Collette: