The challenge of becoming a black vegan

From personal experience transitioning into veganism for the past two years has been quite challenging to say the least. Coming from a Congolese background made it difficult as meat is the heart of most of our dishes.

Having said that, greens are also heavily used in our dishes, making life easier when deciding what to eat. However, I still receive plenty of slack from my family (especially my mother) for becoming vegan as she believes that I’m already skinny so a plant-based diet is useless. Oh mother how I beg to differ!

Being vegan has many life-changing health benefits so I find quite bemusing that many are convinced that without meat you lack certain nutrients. According to life coach Geeta Sidhu-Robb, the vegan lifestyle provides us with numerous health perks.

Besides life coaching, Geeta also holds multiple titles as a holistic health specialist, nutritionist and a raw chef! Several studies explain the benefits of veganism and Geeta states that vegan diets tend to contain essential nutrients, but in the absence of meat, it is vitally important that we make sure we are still consuming the correct amounts of protein in other forms.

I spoke to 22-year-old Divine who is also Congolese and transitioned last year. “The most difficult part of becoming vegan wasn’t so much giving up meat but giving up dairy. During the time I was transitioning I was actually dating a vegan so having that push made it easier as I was normally at his so there was less temptation”.

Shhad a number of reasons for adopting a vegan diet: “Meat wasn’t a thing I wanted to go back to, it was more dairy stuff such as milk and cheese.”

Our conversation shifted to her mother’s sentiments towards her transition: “My mum feels like I became vegan because I wanted to lose weight when really it was more so health-related. I also feel like at that time I was dabbling into Spirituality some looking at things from an external and internal perspective regarding what entered my body, in that moment I realised that I can’t be changing my views externally whilst having a diet which doesn’t reflect that.” 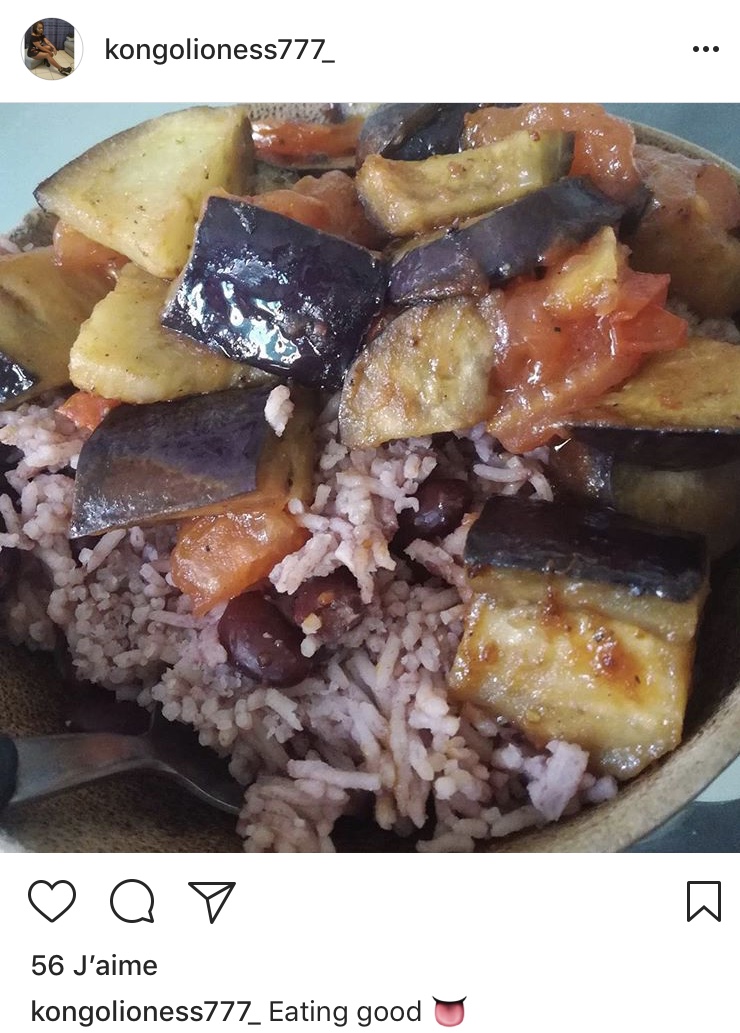 Rice and peas, with seasoned vegetables 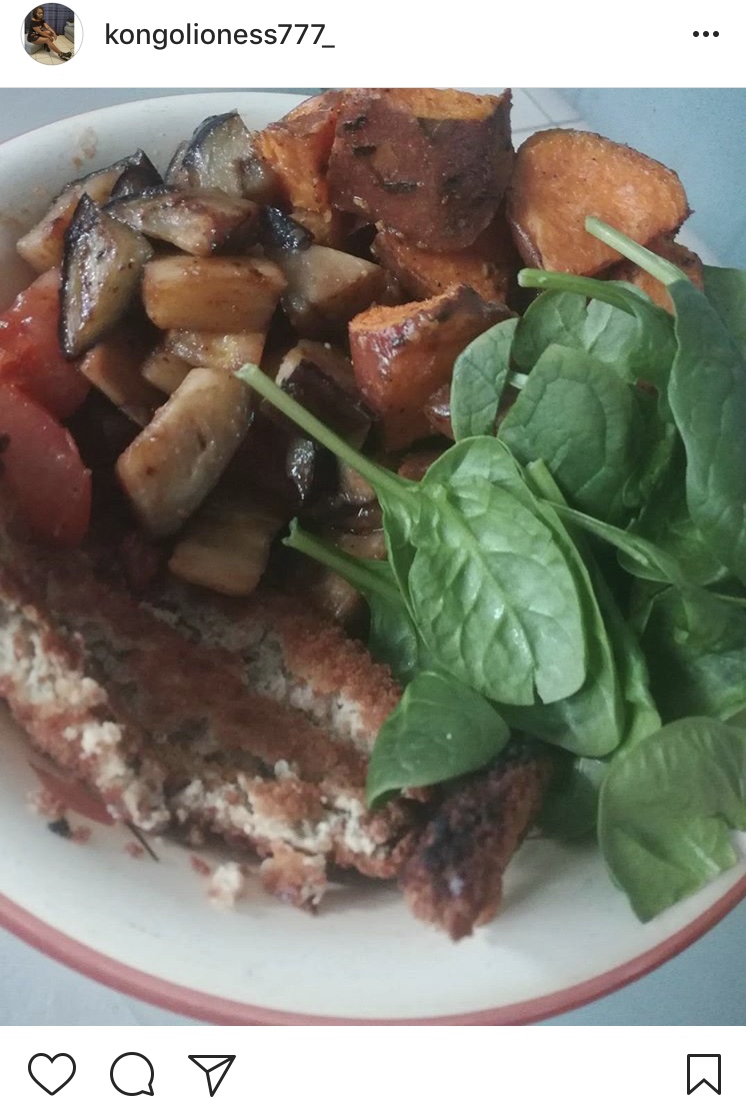 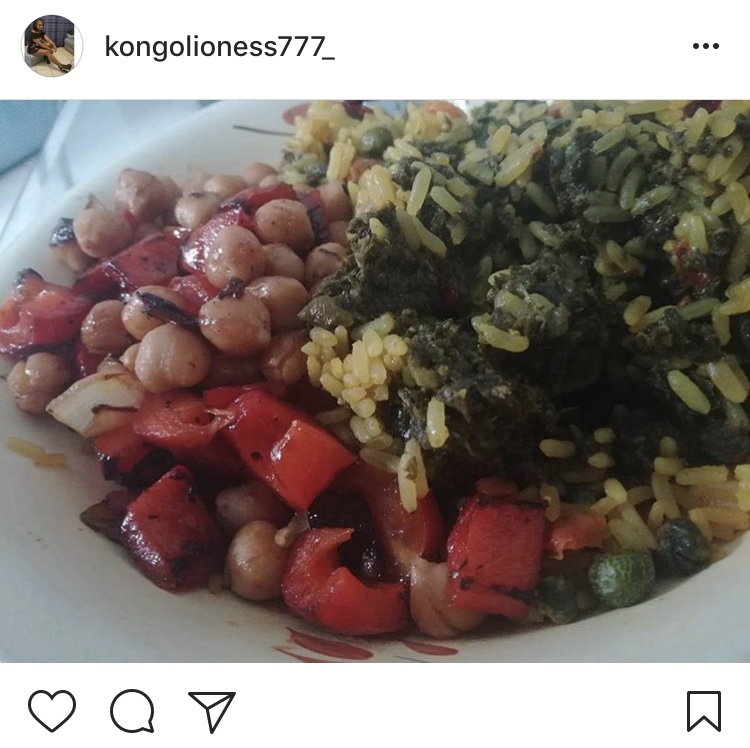 It’s common to find that spirituality often triggers one’s interest in veganism as many life by the notion that “you are what you eat”. I must say as a vegan I never really delved much into the spiritual aspects of being vegan however lately I have gained a clearer understanding behind this notion.

Personally, I became vegan for health reasons; the main reason being that I’m lactose intolerant which I was aware of but ignored, which gradually worsened as time went on so I was forced to give up dairy. Second, I was never the biggest fan of red meat so the only meat I really had to give up was fish and chicken which wasn’t too difficult as eating it left me feeling quite sick.

22-year-old Nigerian artist Chiizii also became vegan for health reasons which her cousin introduced her to: “I wasn’t a vegan at this point but I was a clean eater and then a year later I started dating someone who had been vegan for about 6-7 years when I met him. That led me to implement his lifestyle into mine, while still eating dairy and meat, then seven months later meat didn’t taste as good also the way my body was changing for the better led me to become vegetarian then a vegan which I’ve been for almost four years.” 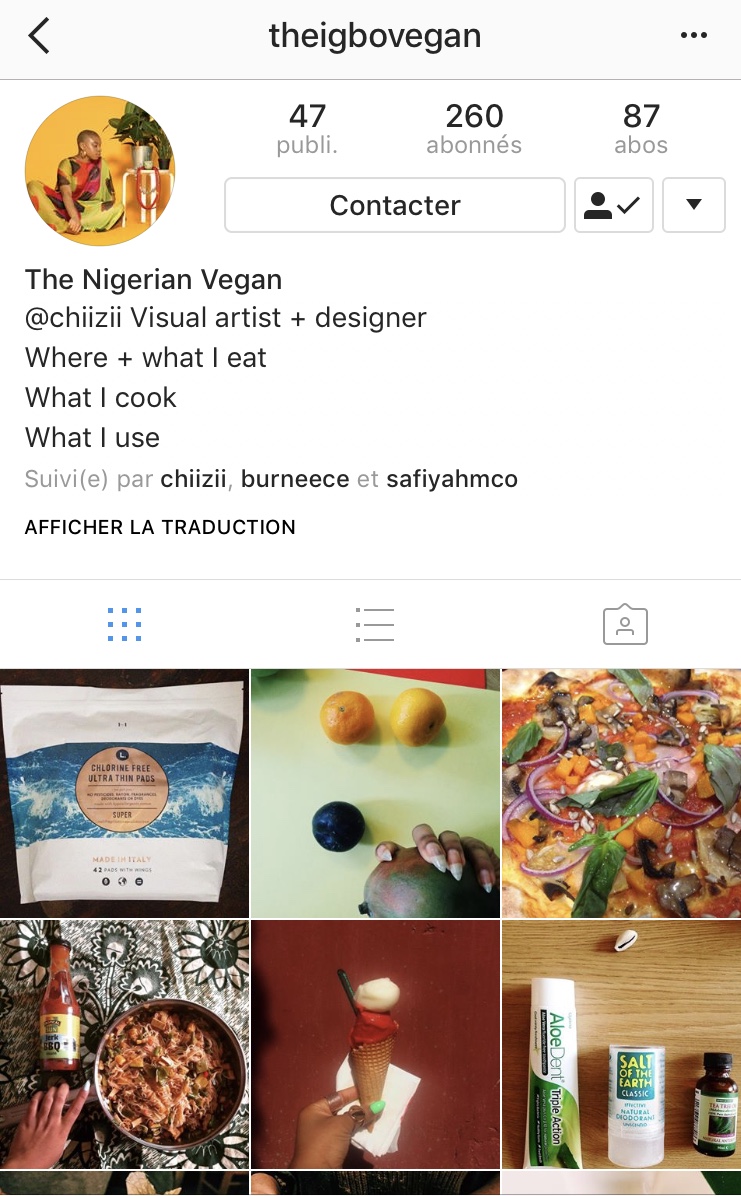 Chiizii has her very own instagram page dedicated to Vegan recipes created by herself. 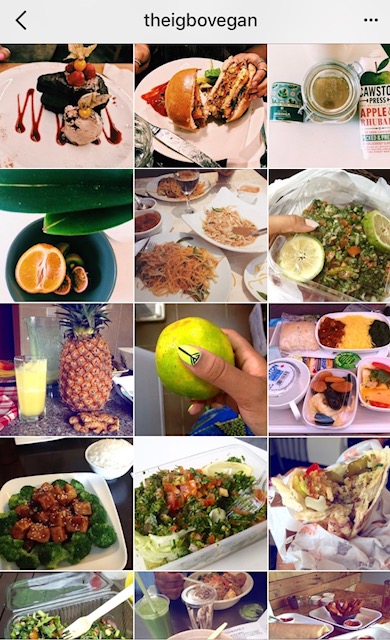 Sometimes many ignorantly believe that vegans survive on “grass” and “seeds” and sometimes “oxygen” too, but in reality, anything carnivores eat, we can eat too with a few adjustments of course! Chiizii shares her daily meal plans which, surprisingly do not include grass, seeds or oxygen.

“For breakfast I usually have fruit or a smoothie, for lunch and dinner I’ll prepare yam stew; pasta; salad, avocado, falafel pitta bread. The toughest part of this journey was transitioning from a vegetarian to a vegan because I still love cheese. I was still eating more cheese than I previously was to compensate for meat but it was ruining my skin and bowel movements. After taking an allergy test, I discovered that those were allergic reactions to the heavy consumption.”

Too much of anything isn’t good for you, but I also experienced the same thing as the cheese was just the greatest thing ever and I’d tried vegan cheese which is terrible but soon enough I was forced to part ways with cheese as both my skin and bowels reacted negatively to it.

Do I miss eating cheese? of course, I do but my health is more important.