What is white privilege? 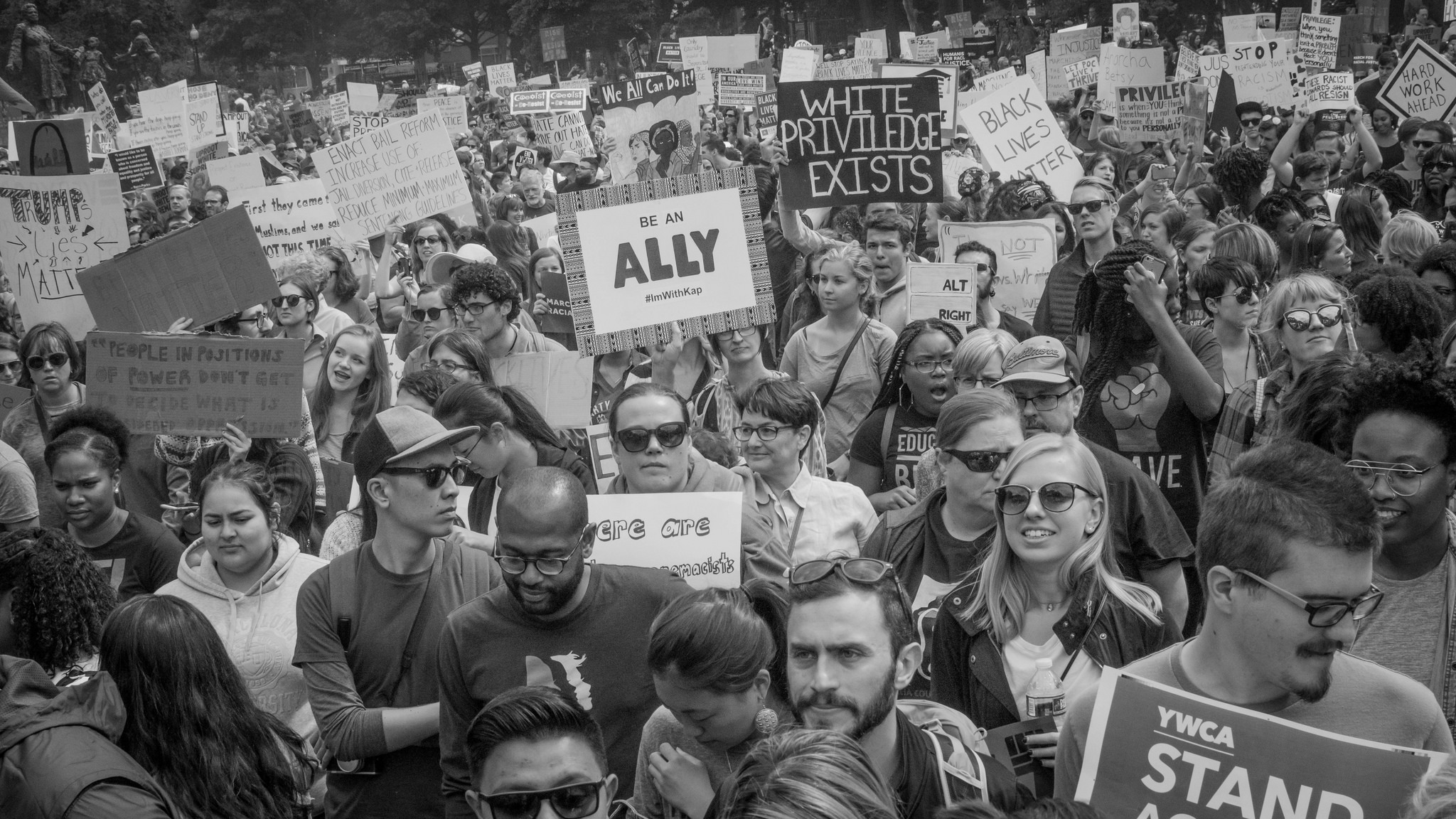 “The first time I went round my boyfriend’s house, I set foot in the lounge to see his mother’s face drown with un-fulfillment. She strung a halfhearted sentence together asking: ‘Is this her? I thought Kira was a white girl’s name?’ The overwhelming feeling of wanting the ground to swallow me up surrounded me.”

Shikira Porter, a 21-year-old Creative Writing and English Literature student at Greenwich University recounted her run-in with what people refer to as ‘white privilege’.

“I frequently get told that I am the most ‘white black person’ that people have met. I get confused as to what this means: I am mixed of a White English and Black Caribbean background, so I am essentially both, however, I can’t help but shake the feeling that people are trying to belittle my black heritage when they say that. I get told that I talk very ‘white’ but I talk just as I was brought up to. I don’t see how the manner of which I speak can be labelled with a colour,” Shikira told us.

The term ‘white privilege’ was coined to describe prejudice within social groups that benefit people only identified as white in Western countries. This is in contrast to the common experiences of non-white people, who are under the same social, political, or economic circumstances.

But is that as far as we can go when explaining white privilege? Nicole Thomas, a 19-year-old mechanic for Mercedes thinks not. “White privilege is to carry out a mass shooting in Las Vegas, killing over 50 people and injuring 450, only to have authorities claim within minutes of the mass murder happening, that it was NOT an act of terrorism.” Nicole believes that the “term ‘terrorism’ is used too literally.”

Indeed, Nicole questioned me, asking “What even is terrorism?” It’s a reflection of how the topic is so distorted in today’s society and the media. Usually, the term describes the “unlawful use of violence and intimidation, especially against civilians, in the pursuit of political aims.” But if someone has no history of religious or political affiliations, and still carries out a mass murder of innocent people for their own personal reasons or aims, does that mean that we cannot brand it as ‘terrorism’?

Only a few months after the horrific Las Vegas mass shooting, the history of the gunman, Stephen Paddock, has shown that he was an atheist, as well as not even being a registered voter in the state of Nevada. But did the authorities of Las Vegas have this confirmed when they ruled terrorism out?

We asked creative writer, Shikira, what her definition of white privilege is when linked with terrorism:

“It is to inflict pain and suffering on others and not have to worry that a single person of your race or religion will face any backlash for your crime. It is to kill, rape, loot, plunder, or colonise and get away with it without any mention of irrelevant issues like religion, scripture, culture, theology or ideology in relation to your wrong-doings. It is to commit the largest mass murder and shooting in recent American history, and be referred to as a ‘retired grandfather’, who is remembered as enjoying ‘country music and living a quiet life’. This is also where the media is an enabler of white privilege.”

So are the media to blame? Can all journalists be lumped in as enablers to this notion? And is it fair for all “white” people to be lumped into it too?

It is an unspoken fact that some media outlets perpetuate racial biases daily. For example, the death of Sandra Bland – a 28-year-old black woman who had previously spoken out about police violence. She was arrested whilst in her car due to unpaid traffic tickets and later died in police custody.

This was due to an alleged suicide, which if this is correct, is due to the Waller County jail not following required policies; including time checks on inmates and ensuring that employees had completed required mental health training, in other words, neglect.

Despite this, NBC Chicago chose to frame the narrative this way: “Woman Found Dead in Jail Cell Had Prior Run-Ins with Law.” This paints Sandra Bland, who had been confronted by authorities a few times prior to this incident over failing to follow proper traffic stop procedures, as a criminal whose death is not one to dwell over.

Yet criminals such as Brock Turner, a young white male, who raped an unconscious woman at a Stanford University frat party, got out of prison within three months, not even finishing his full six-month sentence. Meanwhile, media outlets used his Stanford school photo to identify him when covering this story, and not his mugshot, as is common practice. Phrases such as “twenty-minutes of action should not ruin Brock’s life for the next twenty-years,” were a common theme within those articles.

So yes, media outlets can be partly to blame when branded as influencing white privilege. But should the term ‘white privilege’ be aimed at white people as a whole having more benefits in life than any other races do?

Lola Hickey, a 21-year-old English woman suggests not: “My Dad works hard to provide for my mother, my brother and I. He came from a family with very little money and work opportunities and started up his plumbing business himself with absolutely no help when he was just 23 years young.”

Lola admits that she has been confronted with the term ‘white privilege’ on a number of occasions. “My friend, who is of an Indian background once said to me that ‘the only reason that I don’t have to work a normal job at my age is because my Dad earns enough for all of us, as people prefer and trust white plumbers over any other race.’ I have enough faith in my Dad to know that he gets all-of his jobs off the back of his hard work and skill set. I found it hard to hear that my family and I are only of our privileges because of our skin colour. It is not fair and I think that every person of different ethnicities has equal opportunities, especially in my Dad’s trade.”

White Nonsense Roundup (also referred to as WNR), is a charity that was ‘created by white people to address our inherently racist society and stand up against racism in our own families, work spaces, and communities.’

They believe that it is their responsibility to call out white friends, relatives, contacts, speakers, and authors who are contributing to structural racism and harming people of colour.

Their Facebook page reads: “If you are a Person of Colour (POC), you have enough on your plate! It’s not your job to educate white people about privilege, racism, and what’s going on in the world. If a white person is filling your social media with white nonsense – anything from overt racism to well-intentioned problematic statements – tag us and a white person will come roundup our own. We welcome your involvement, resource suggestions, and will take your feedback seriously. We are also happy to boost the signal of voices of colour.”

With 118,000 followers on Facebook, WNR’s co-founder Terri Kempton told us that she defines white privilege as “unearned benefits white people experience because of our skin colour. Because our society is based on white supremacy, this means our skin colour grants us access to communities, businesses, opportunities, and social capital that people of colour don’t often experience. White people see ourselves reflected in leadership positions and in the media as both heroes and love interests.” 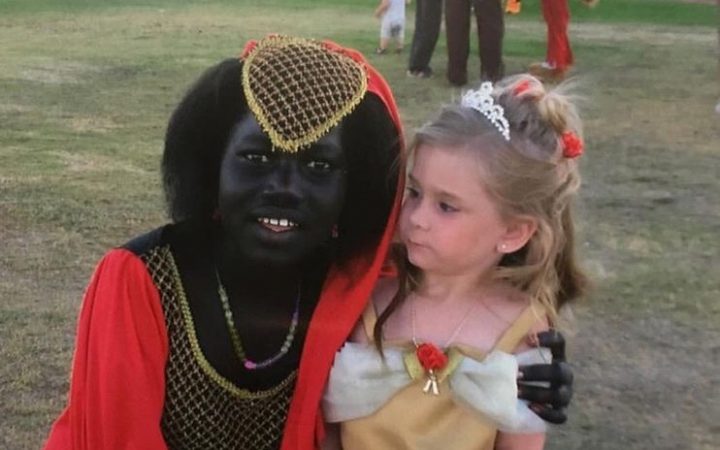 But is white privilege always that prominent in society? Terri believes it is: “Sometimes it’s a million small things that stack up. For example, white privilege is walking into a pharmacy and finding bandaids that match my skin colour and products for my type of hair. Other times it’s big life-and-death issues: white privilege means worrying about a traffic ticket when I get pulled over, but not if I will survive the incident. Or not having to worry about getting the best education for myself, or my kids.”

A 19-year-old South Sudanese girl named Nyamal is a public figure on the social media platform Instagram. Not too long ago she decided to share a story with her 16,000 followers.

“When I was 14 I was depressed and really hated my dark skin. From a young age, I was taught that the lighter your skin, the more beautiful you are so me desperately wanting to be viewed as beautiful, I decided to bleach my skin. Now this went on for about a year; I thought that changing my skin would change how I felt inside. But in-reality it didn’t, so when I was around 15 I decided to stop and started trying to find beauty in myself. I decided that as-long-as I live the only person that really needs to find me beautiful from the inside and outside is me.” 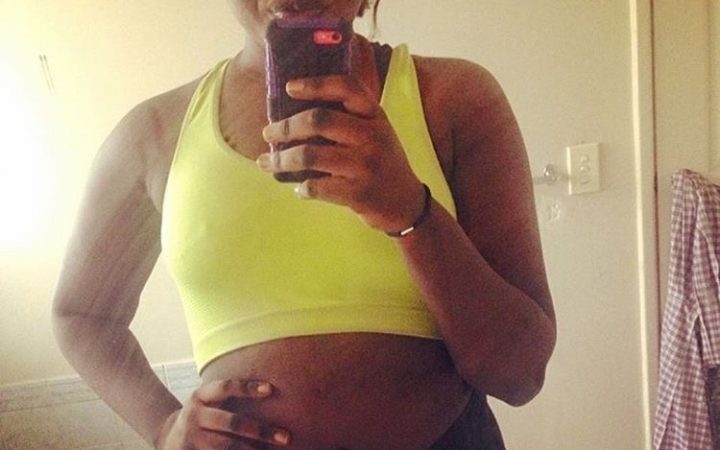 This was followed by pictures of Nyamal; one before she started bleaching that shows her natural skin colour and one where her skin was substantially lighter from the bleaching.

She told Artefact that she was surprised at “how whitewashed we have become that we do not see beauty in dark skin.”

Less than 60 per cent of black students will graduate school with A* to C grades in Maths and English by the time that they finish their GCSEs. However, White Gypsy and Roma students have the lowest level of attainment in this category, with just 10 per cent attaining A* to C grades.

Meanwhile the number of ethnic minority students that go onto further education has dropped significantly in the last five years, from 804,920 in 2012 to just over 640,000 in 2016.

These surprising statistics have shown the clear extent of racial discrimination in the education sector therefore, it is no wonder that some people of darker skin tones feel as though they are at a disadvantage sometimes.