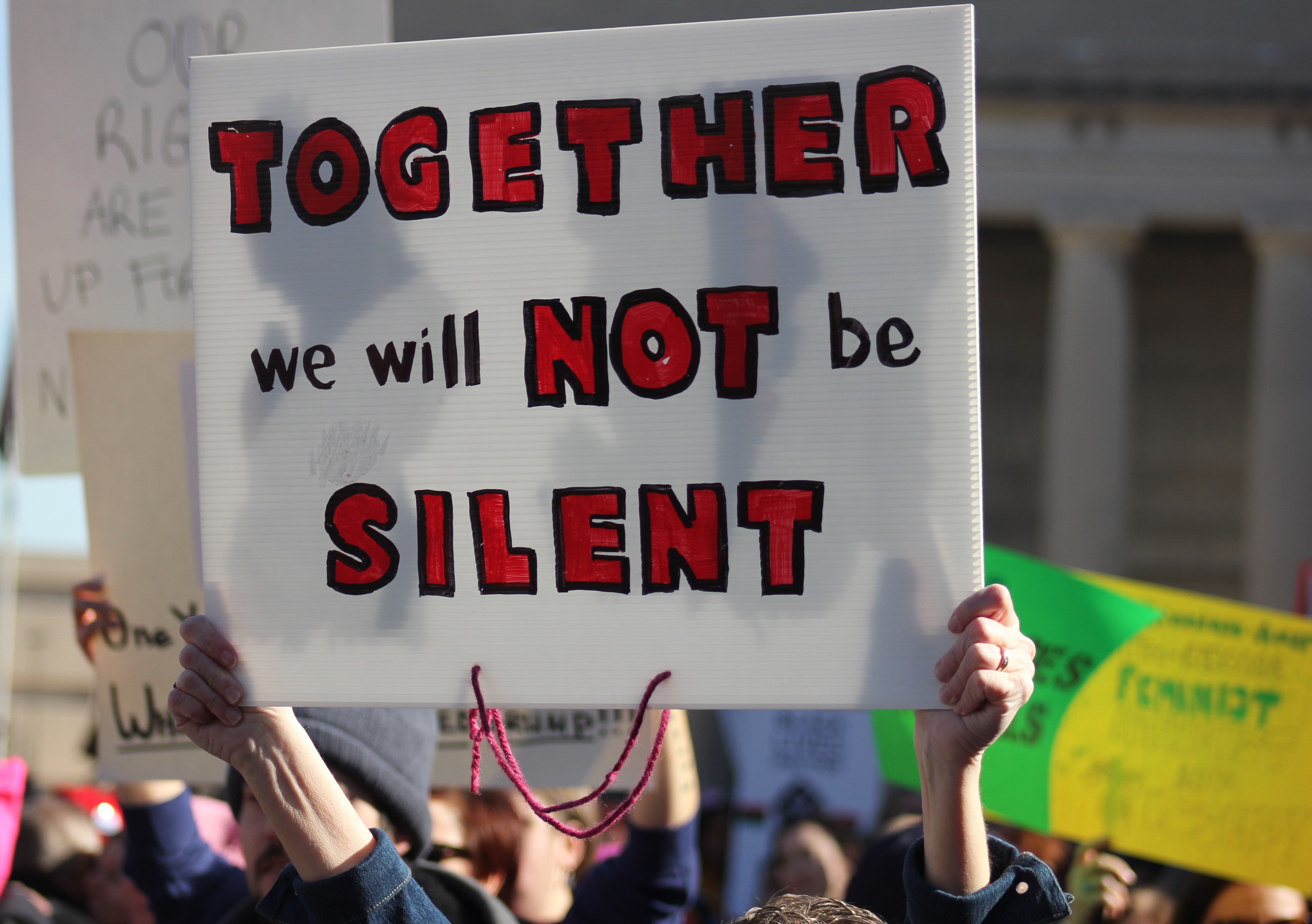 One year ago, on January 21 2017, women led marches around the world – it was the first day of Donald Trump’s presidency and millions of people marched in all seven of the world’s continents.

People of all genders, ages, races, cultures, political affiliations and backgrounds joined together to oppose President Trump’s views, and his now infamous comments and actions as he came in to office.

The purpose of the marches were to stand up for and protect the fundamental core values of all people, as human rights and equality were the very values being threatened by Trump.

The message was clear: We are the resistance, and we aren’t going anywhere.

The marches were a warning to those who might seek to diminish these rights.

It all began on Facebook. In reaction to Trump’s election campaign and political views, several people, including Evie Harmon, Fontaine Pearson and Breanne Butler, to name a few, created Facebook events inviting their friends to march in Washington in protest of his presidency.

Soon enough, thousands had signed up to join the march. Harmon, Pearson, and Butler eventually decided to unite their efforts and merge their pages, launching the official Women’s March on Washington.

They could not have predicted how significant the Women’s March would soon become.

It was a popular event to say the least, surpassing predictions of 200,000 people taking part, with crowd counting experts suggesting that the women’s march was roughly three times the size of the audience at President Trump’s inauguration at around half a million people.

More importantly, it inspired people all around the world to take a stand and be vocal about their beliefs. In London, the March was held in solidarity with the people in the United States as well as people all over the world whose human rights were being compromised. 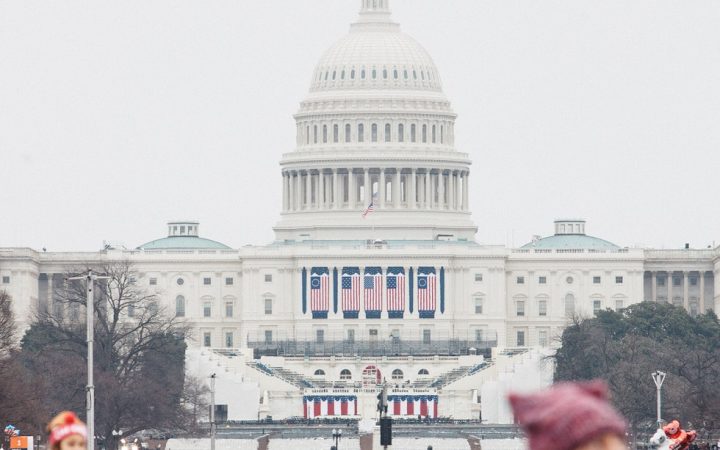 Although the movement is led by women, the marches are not only for women, the events are all inclusive and in support of the rights of all.

The founder’s mission statement reads: “We stand together, recognising that defending the most marginalised among us is defending all of us.”

We are reminded of a poem called First they came… written by Martin Niemöller following the Second World War.

Though the poem is a reference to the Holocaust, it serves as a warning about just how easy it would be for such an atrocity to happen again if we are indifferent to the plight of others.

It cautions about the dangers of apathy and highlights the importance of being active in supporting the most vulnerable people of our society, however different they may be, because one day we will need their support.

The marches are about much more than just Trump, they are about defending our core values and beliefs, defending humanity.

It was a march against sexual harassment, against walls, Islamophobia and racism. Rights for all. 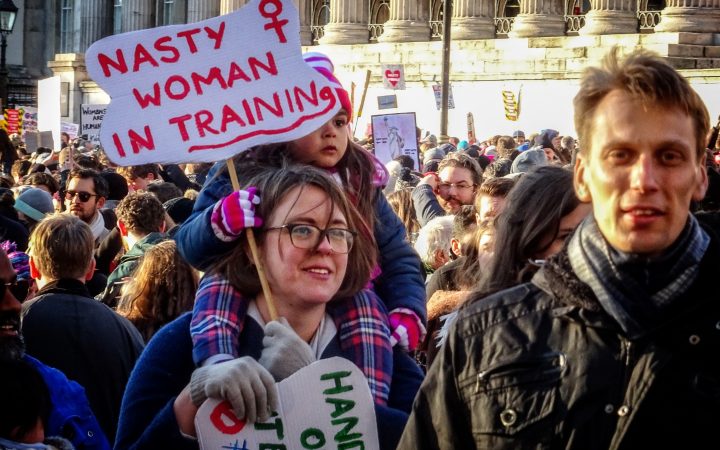 The Women’s March in London in January 2017 [Flickr:Garry Knight]

A year on and the conversation about rape culture has finally entered the mainstream discourse. This was ignited first by the Weinstein scandal which revealed the extent of sexual harassment and abuse that is common within the entertainment industry, and is too often ignored.

The scandal in turn inspired the #MeToo movement, which brought, for the first time, attention to the degree that sexual harassment and abuse is prevalent in everyday life.

Thousands of people, men and women, took to twitter to share their experiences of abuse. It changed people’s perceptions of both victims and perpetrators.

Not all victims are women, not all rapists are men. It gave people the confidence to stand up to their abusers and a platform with which to do so. It also helped to expose several high profile names as sexual abusers.

Time magazine named “the Silence Breakers”, women and men who spoke out against sexual abuse and harassment, as its “Person of the Year” for 2017 in December.

The title was not given to a single person but rather it was dedicated to the hundreds of people who dared to speak up for the #MeToo movement. For the feature Time magazine interviewed dozens of people from different backgrounds and working in different industries who had shared their experiences of sexual assault in their workplace.

The feature helped to humanise the victims of sexual assault and it was a powerful in recognising the importance of these movements and highlighting the vital role they play in changing society for the better.

A year on, more than 300 film and television actresses, writers and directors have launched a new initiative to help to counter as well as fight sexual harassment in the film industry and other workplaces, #Time’sUp.

If 2017 was the year of exposing sexual abusers, 2018 is the year people fight back. The movement states: “The clock has run out on sexual assault, harassment and inequality in the workplace. It’s time to do something about it”.

As part of the initiative the Time’s Up Legal Defence Fund has been announced, it will provide legal support for individuals who have faced issues such as sexual harassment in the workplace. By providing people with this support, the movement hopes to empower those who have been silenced and get justice for them.

This year, the march in London was named the Time’s Up rally in honour of the campaign. The march was smaller than in the previous year but even so, people from all walks of life turned up to take part in the Women’s March despite the weather being less than ideal, with snow, sleet and rain.

An important sign that the movement is still alive in London. The protest, beginning opposite Downing Street and stretching back past the memorial to women in the Second World War attracted thousands of people.

Speakers taking part in the March on London included the women’s rights activist Dr Helen Pankhurst, great granddaughter of suffragette Emmeline Pankhurst, and journalist and author of Why I’m No Longer Talking to White People About Race, Reni Eddo-Lodge as well as MPs Stella Creasy and Sophie Walker.

Looking forward, the hope is that we continue working to eradicate inequalities within our society. Nobody should feel unsafe at work.

People deserve equal pay for the work they do. No one should feel undervalued, unheard or unrepresented. The Women’s March is a necessary movement for as long as these injustices are not put right. We will probably need to march again next year, but the hope is that one day we won’t.