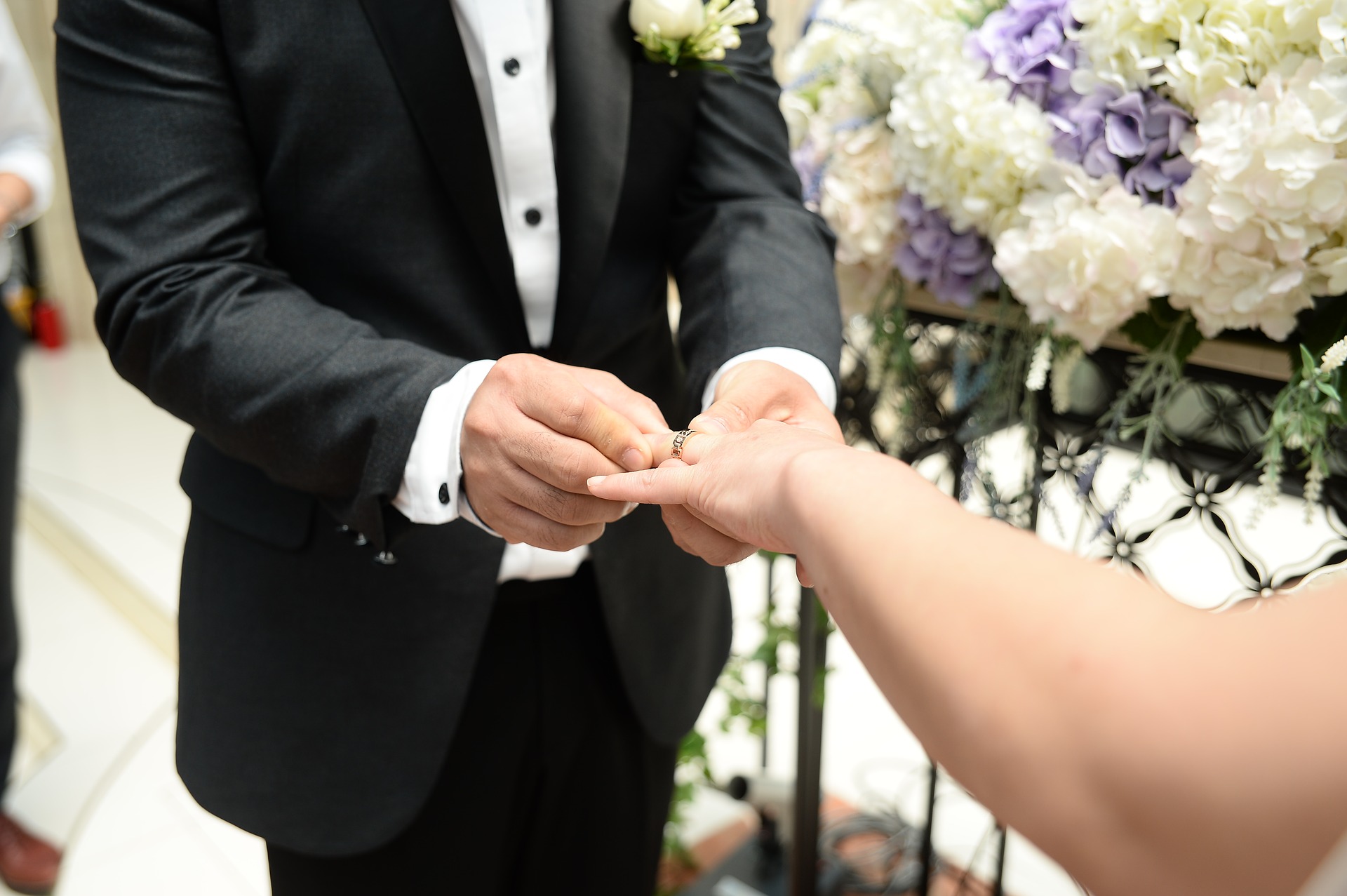 You meet someone, you start dating them, you fall in love with them, and then you get married.

That is what we are taught as children; that you will grow up and you will find the love of your life, and then you will get married.

As times change, however, the debate on whether it should or should not be socially expected to marry your partner grows larger.

The increasingly large drop in the number of marriages starts to make you wonder: is it really necessary to marry someone in order to maintain a loving, caring and healthy relationship?

It is becoming more and more frequent these days to hear of couples simply choosing to cohabitate instead of taking the jump and tying the knot, but why is this? What is it that makes certain people not want to be married?

When asked if she views marriage as the best option for couples, she explaines: “I don’t think it’s as clear-cut as that, I don’t think whether couples marry or just live together is the issue – I think what is important is understanding the commitment that they’re making to each other within the relationship.” 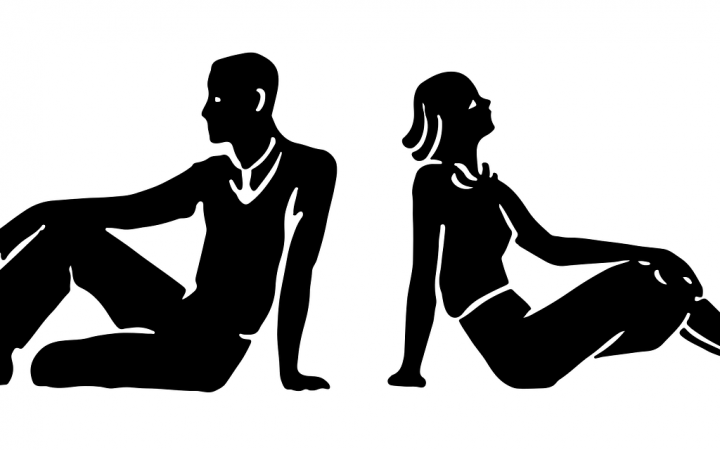 Speaking about her 22 years of experience as a counsellor, she shares: “I would say that most of the couples who come to me are married. A lot of the people we see are married – not all of them, they don’t have to be married by any means – but a lot of them do tend to be married, and I think there’s something in that.”

She explained how a large proportion of couples that seek professional help do seem to be the ones who have tied the knot. “If you go back to what I said about commitment, this is something I’d quite like to do some research on at some point, because it’s interesting that most people we see coming in for relationship counselling tend to be married, not all – but if I could give you a proportion I think it would be quite high.”

According to the office of National Statistics, there had been a rise of 3.2 million adults who had never been married in the UK, making the total of 15.7 million in 2011 after 12.5 million in 2001. On top of this, there has been an almost steady decline in marriage for the past 150 years.

What is the reason for that? “Some of that may be cost, some of that may be a personal choice, that they don’t believe in marriage, they prefer to live together, I’m not sure there’s any one reason why people maybe make one decision or the other. I think that’s really multi-layered, there’s not an easy answer.”

The difference between those who choose to marry and those who choose to cohabitate in Jenny’s opinion again goes back to the topic of ‘commitment’: “What happens when people make the decision to get married is that they make a decision to make a commitment. They actually sit down and decide to get married, and they go through all that process leading up to the marriage. Again from my experience, I’ve yet to come across anybody who’s married somebody who doesn’t think it’s going to be for life. It may not be -but they usually go into it thinking it’s going to be a lifelong commitment.”

And what about those who do cohabitate? “The thing we see with people who cohabitate is that they’re more likely to just slide into that. So they don’t necessarily have the conversation in the same way as people who choose to get married do. This is very broad brush obviously, there are always exceptions, but that’s the thing with cohabiting that we’ve seen.”

Jenny went on to explain a joint report that ‘Marriage Care’ had done with ‘Relate’ last year, sharing that one of the big things they had discovered from their research was that those who cohabitate tend to just find themselves slipping into it. “Oh, do you want to move in then?”

Jenny says: “And then you move in. You don’t have those conversations about commitment and how you see your life going forward. In that way, cohabitating does tend to be more organic, more dynamic, I suppose. But it does mean that sometimes they get to a point in the relationship where they go: “‘Oh, I didn’t know you didn’t want children’ or ‘I didn’t know you wanted this.’” 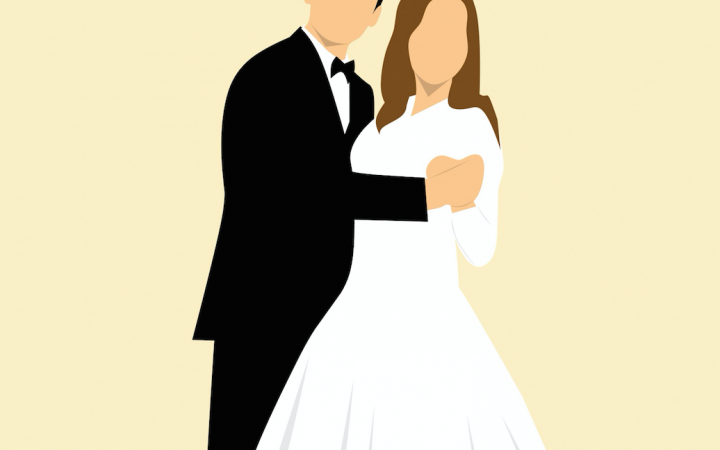 “It’s a lot easier to just go; ‘oh well, it’s not really working. Let’s call it a day…’ and just walk away. So I think again coming back to that word, commitment. It’s not that people who cohabit aren’t committed, but I just don’t think they have the conversations about it in the same way as people who are going to get married.”

Her opinions are vastly different to the 41-year-old mother of two, Louise Kent, who is very much happily living with her partner of over 20 years.

Artefact spoke with Louise on her decision not to tie the knot. “Haven’t found the right person yet?” She jokes, before explaining her real reasoning behind their decision.

“When I was younger, it was because I didn’t really feel the need. A big day wasn’t really what I wanted,” she shares.

“Since children, it’s to do with money… and politics! I would get stressed about wanting to include everyone, lots of bridesmaids and so on, but I suppose that’s still to do with money, if you had loads then you could make sure no one felt left out!”

More and more people now choose to delay or completely put off marriage in order to focus on their personal goals, such as their careers. Others simply do not see the benefits of getting married. You can still be financially secure, happy in your relationship, and have your legal rights without the need for the union. As some say, marriage is outdated, and a large portion of couples still end up getting divorced anyway.

Just like many others now argue, Louise reasons that marriage does not provide the same security that it used to, and therefore is not as necessary as it once was. “I don’t really think there is much of a financial gain now either, just living with someone gives you as many rights as being married… makes me sound cold doesn’t it?!”

Whether you believe in the path of marriage, or cohabitation, or neither, one thing is for certain: times are changing and with it so do relationships.