From Stylist to Sanitary 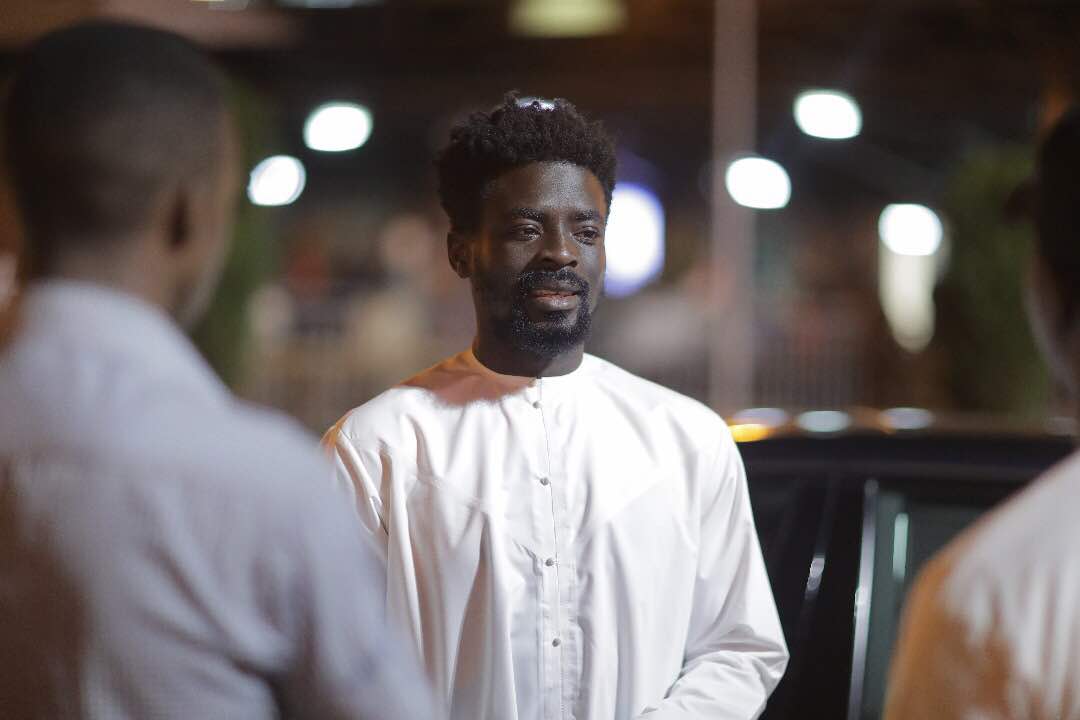 Fame for many is something we can only dream of. The freedom to buy what we want, when we want and do what we love. For some, the journey to fame was more rewarding than the fame itself. For Sam Desalu, he used his power to elevate those without it. I was inspired by Desalu’s story after attending his event #BackBoneOfTheCommunity hosted in Not Just Another Store in Shoreditch.

Starting off as a stylist in New York living in a hostel with only $300 in his pocket, Desalu was able to build his empire by his simple yet sophisticated style. He began styling the legendary Tyrese and eventually came into contact with the likes of Sean Combs, Jeremih and Chris Brown.

Desalu was at the forefront of fashion, styling male musicians on music videos and for conferences around the world touring with Tyrese in 2016 for the TGT (Tyrese, Ginuwine & Tank) Europe tour. But he could feel he wasn’t truly happy in that industry and his purpose was much greater than looking good but allowing others to feel good.

The minimalistic venue in the heart of Shoreditch was filled with positive energy supporting Desalu’s movement and passion for contributing towards young women in Uganda. Starting at 7:30pm, the atmosphere in the black-owned fashion store was nothing but positivity, excitement and nerves. With this being Desalu’s first international event, his aim was to connect Africa to the cities that have helped impact his life.

Soon the venue was filled with cool and refreshing millennials from across London anticipating the Q&A with some of London’s hippest entrepreneurs.

With his hands in many baskets, he is a true businessman indulging in hosting spaces for artists to exhibit their work in his downtown apartment in Los Angeles as well as creating an organic skincare line Desalu Naturals where he hand makes shea butter for hair and skin.

His passions don’t stop there as he helps contribute to the refurbishment of schools for young kids. On his travels, he visits schools and spends time with the children so he can see how he can contribute to their education whilst also balancing managing the musician RunTown; a well known Afrobeats singer.

This was Desalu’s first event in London after hosting many successful branches and parties across America, he had to share his journey with the people who visited his store, “I’m Nigerian and when I lived in America, I didn’t appreciate what I had so I began misbehaving. My Mother sent me to Nigeria for three weeks but little did I know; it one-way way flight and I ended up staying for two years” he said to his audience.

Desalu described how he lived with his grandmother in the village where he would walk for two hours to fetch water and had to boil it before he could use it, “We don’t realise how blessed we are to be able to turn a knob to shower, I didn’t have that for two years.”

Although Desalu saw the daunting side of living in Africa, his mission is to show the beautiful content which people do not see. He uses his ability to reach thousands by posting positive pictures of big houses and entertainment with the intentions of inviting his fellow peers to join him on his adventures and volunteering programs.

The event featured some of London’s rising models, hair stylists and pioneers for black women. The attendees discussed the strength of women, feminism and self-care. Desalu’s event was able to leave people feeling inspired to unite with their sisters and build on their community, supporting each other to help those who are unable to help themselves.

During Desalu’s two years in Nigeria, the lessons were certainly different from his peers he left back home as he had to learn to always think before he did anything. The luxury of even turning on the television wasn’t a privilege he had anymore.

“I learned a lot of lessons whilst I was in Nigeria. I learned not to take anything for granted. I learnt to appreciate the smallest things that I did not really think twice about in America. I missed so many things from back home whilst I was in Nigeria, things like running water, electricity, television, hot water on demand and my family,” he said.

One of the best experiences Desalu had during his two-year trip was reconnecting himself with faith. “Whilst in Nigeria, I became a born-again Christian and gave my life to Christ. I learned the importance of having God in my life. The life I was living was not a good representation of who I was born to be.”

After catching malaria, Desalu’s mother demanded he return to America to be cared for by her and the right facilities, “When my Mum told me that I can come back to the States, I was so happy. I couldn’t wait to see my family and friends. It’s true when they say you never know what you got till its gone. Being back with my Mum and sister felt so good.”

After settling down in Chicago, Desalu took the bold step to move to New York to pursue his dreams. With only $300 in his pocket, he made sure to follow through with his dreams of working in the fashion industry amongst black pioneers. “The New York lifestyle took some getting used to. I literally stepped out on faith when I moved there. I was by myself and had to figure things out. They say everything you want is right outside your comfort zone. Moving to NYC was one of the best life choices I’ve made.”

Although it looks glamorous, Desalu soon found that the glitz and glam of celebrity culture was not all it seemed: “When I first started working in that industry I enjoyed it but I got over it really quickly. Even though I wasn’t working a nine-to-five job, I was still working for someone. I wanted to work for myself and do what God put me on this earth to do.”

The journey from working in that industry took a lot of courage for Desalu to trust in himself to do. However, the well-established relationship he had built with God in Nigeria let him push through. “God helped guide me through it all. He literally directed my path. Everything I did prior to what I’m doing now was a stepping stone to my purpose.”

From working in such a booming business, Desalu felt it was only right to give back to those who weren’t fortunate to live the lifestyle was living. “I have a Mum and a sister and I couldn’t imagine what they would have to do if they weren’t in a position to afford the pads when that time of the month came. I think its a must to give back to women in Africa. They are the backbones of the communities.”

Despite all the lavish parties, music video sets and tours around the world. One of Desalu’s biggest achievements was being able to put smiles on the faces of those in need.

But it doesn’t stop there for Desalu, his mission is to give out 30,000 pads to women and young girls in Africa through his brand Desalu Naturals where he hand makes shea butter for women and men. “I also want to build orphanages and schools throughout Africa”, Desalu announced to the event.