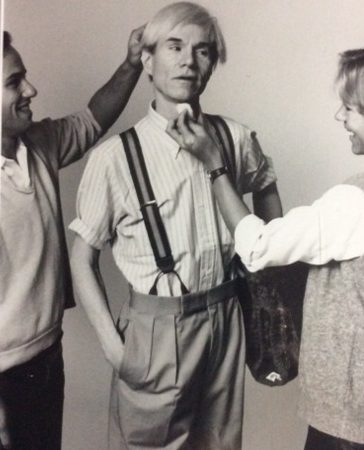 “I always remember Calvin Klein said ‘if a woman comes into my room, you want to say she looks beautiful NOT her clothes look beautiful’. I totally get it and that’s what I think a woman should be.”

The Sixties was an era filled with sophisticated glamour, from the iconic bouffant hair to the flawless flicked eyeliner and subtle pink hues it was all about perfection. Back then vanity wasn’t based on how much make-up you used but rather how you maintained your look to stay elegant and chic.

Artefact magazine was able to interview Sixties make-up artist Mariella-Smith Masters who is best known for her work with top fashion outlets such as Vogue, GQ, as well as working with artist Andy Warhol and training make-up professional Bobbi Brown.

Here is a personal outlook on how she built her success in such a competitive industry, her most memorable moments and her advice for any aspiring make-up artists out there.

“I started in the 60s, a fantastic era. The Beatles, Twiggy, the fashion was amazing, I loved it. I lived it,” she told us.

“I’ve been in the industry for 35 years and it was a whirlwind, to say the least! Since the beginning, my mind was not in school but on things that were fun and didn’t need much effort. I loved fashion, hair design, and make-up. I was always experimenting.”

After leaving boarding school and moving to London when she was 18 years old, Mariella landed an apprenticeship with international cosmetic company Yardley of London.

“Yardley’s was huge in the 60s and I felt grateful to be there. During that time, Twiggy and I were around the same age and I adored her, eventually, we would end up working together.”

“I was only 18/19 years old when working in Yardley but that was when I saw my work published for the very first time. It was so exciting to see my name at that age even if the pictures weren’t exciting.”

Two years after she joined Leichner of London, a theatrical film TV company, where she learned theatre and film make-up.

“Leichner was great because I learned a lot which was a great help in the future. I remember we would we would go to the subway wearing horrible bloody scars on our faces without a care in the world.”

When it comes to becoming a professional beautician learning the theory of make-up is one thing, but putting those skills into practice is where your skills are challenged. It takes more than just a brush stroke here and there, it requires being creative, confident and patient. 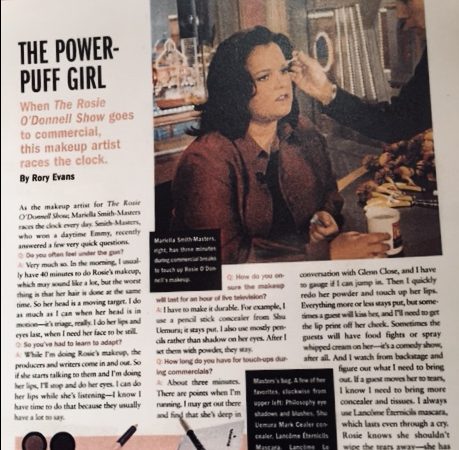 Over the years, the industry has become a lot more versatile but with social media being a big contributor to launching an artist’s career, it definitely does raise the bar higher. Mariella remembers how much easier it was in the 60s. “Back then this business was not as overcrowded as it is today and didn’t get long to get going. All it needed was passion and hard work and I had that.”

She continued by saying “it’s all about building your portfolio. My early days were spent doing make-up on young ambitious models for young ambitious photographers and of course, we would work long nights.”

It is often a career that is criticised for being ‘easy’ but it is truly not just learning about ‘how to apply make-up nicely’.

Every client that is being dealt with has completely different facial characteristics than the other one. Just like people, the make-up industry is constantly evolving and you will need to be on top of that.

This includes learning all about skin care, working with clients of all different complexions and skin types, from even studying various facial shapes to determine what style of make-up would best suit them. Not to mention the most stressful aspect of it all, making sure not to turn the client’s world upside down with a fail final result.

Mariella didn’t get an official beauticians certificate but however was very aware of what was being asked of her. “I wasn’t that interested in the degree aspect but I knew all the basics and in the seventies, I lectured in the Middle East and Eastern Europe on how to use skin care and make-up products.”

After all, art is subjective and cannot necessarily be taught. Mariella had to manage everything on her own and wished she had an agency to back her up: “An agent, as we know today, finds you new clients and advertises your skills. There was nothing like that back in those days and I wish there was, I always undersold myself.”

When it came to a vision of a certain look, there was much more than just the client that mattered.There were the photographer and editor who needed to be equally, if not more pleased with the final outcome.

“It was all down to the editor but the photographer and I had to constantly communicate. I would tell the photographer I thought I knew what he wanted, that I would that and be very happy to adapt or change if necessary. Some didn’t care but if it was a close up cosmetic shot, it would be gruelling to make it perfect and not make everyone happy.”

Mariella describes her style has natural and subtle. When asked what was her signature look she replies: “I was known for being natural and meticulous, I think it is the most flattering. This gave me a lot more work I think than wilder make-up artists as natural make-up was more in demand.”

Finally, her hard work started to pay off when she was approached by Glossy magazine. “Sometimes the magazines would do celebrities which is when I started to build a famous clientele. The first bunch of famous people I did were Sophia Loren, Twiggy and some TV stars like Joanna Lumley and Anoushka Hemple.”

After gaining recognition for her simple make-up style, Mariella moved back and forth between London and New York. During that time she approached Vogue magazine in the 80s, it gave her the opportunity to work with big celebrity names.

When asked how she felt during her first ever Vogue cover, she said: ” I was breathless with excitement, I felt so honoured!” 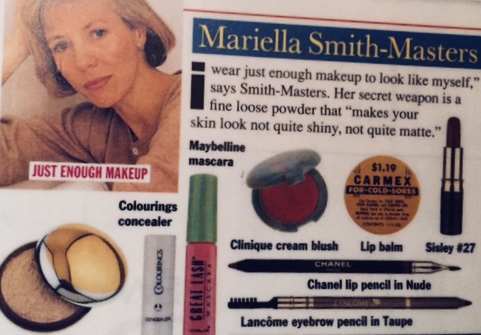 Vogue was not the only high-end fashion magazine that Mariella worked with, she also worked for Vanity Fair and GQ where she was able to do make-up for actor Mel Gibson and artist Andy Warhol.

“Working with Mel Gibson for a GQ cover happened in the 80s when I worked with Richard Avedon who did all the GQ celebrity covers. He was perfectly nice but to my amazement when it comes to doing his make-up he dropped to the floor and a series of one-handed push-ups and said that will give him some healthy glow and we won’t have to use too much make-up at all. He also had his ponytail tucked into his shirt at the back so it wouldn’t show!”

Her experience with Andy Warhol was not as talkative: “It was Vanity Fair and the photographer was Alexis Chatelain. Warhol was this very shy, quiet man who said absolutely nothing I can remember the whole shoot. I think the reason he was so quiet was that he was either ‘high’ or still a bit shell-shocked from being shot not so long before. He wore a bulletproof vest under his clothes the whole time too.”

Despite meeting two of the biggest names at the time, that was not even Mariella’s most memorable moment.

“One of the most memorable shoots I had was three weeks in Japan for British Vogue with Liz Tilberis (the editor before Anna Wintour). It was amazing and we travelled all over the country eating fish three times-a-day. The model was young and also homesick but unfortunately, she couldn’t stop eating away her anxiety and she started to pile on the pounds! We had to keep trying to disguise her weight gain and shoot in certain lights like dawn or dusk that would flatter her,” she told us.

“We went to a small island in the South and were told there were these beautiful pearl divers which we were eager to put in the pictures. It turned out they were all in their seventies but with great bodies and most of them had no teeth! This island hadn’t seen a tourist in twelve years so we were real freaks to them. We stayed in the only hotel. There were at least ten of us in the crew, all the women in one room and all the men in another. There was one toilet in the basement and a hole in the cement floor. The pictures were not as good as we had hoped but it was a great experience, also a very expensive one!” 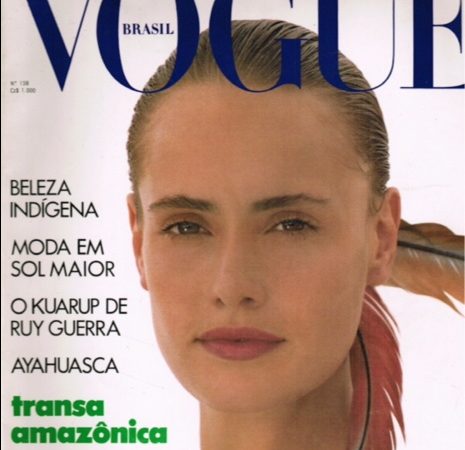 Mariella’s make-up on her niece for Vogue Brazil.

After so many years in the industry surprisingly Mariella says that the industry has not evolved as much as we think: “Sadly, I really don’t think it has evolved much. It changes all the time and doesn’t really show a huge trend here or there. However, I do think that the application of make-up has become so much better, more meticulous and nothing is worse than badly applied make-up. Better to wear none.”

Her advice for young aspiring make-up artists out there is: “Well, Mac has a make-up school which would be a good place to start. I would do as many courses as I could find. I would also contact a model agency and say if there is a test shoot with models, I would be happy to do the make-up for nothing in return for photos to build a portfolio. I would find a friend who is pretty and another friend who takes good pictures and never stop experimenting. It’s a terribly crowded business and you have to expect to be disappointed and rejected sadly but drive and ambition are the greatest tools.”