Around 20,000 attendees witnessed the greatness of Kendrick Lamar at London’s O2 Arena – the atmosphere was vibrant and explosive throughout the show which Kendrick was so adamant on maintaining throughout the night! 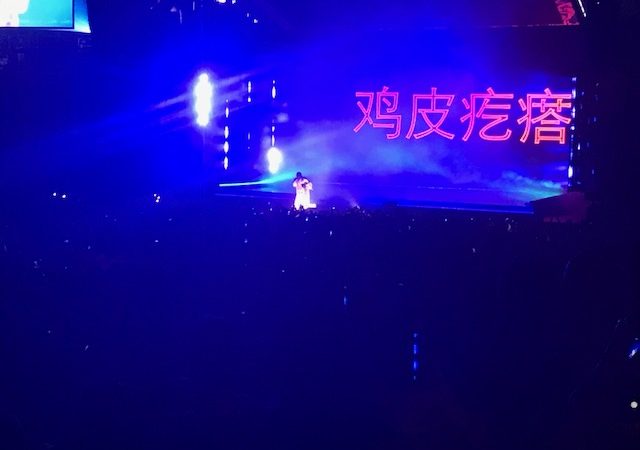 Kendrick doing what he does best

He put on an excellent production and exceeded our expectations by ensuring that we were constantly entertained and hyped up right up until the finale. He opened the show with DNA which is the second track off Damn and the crowd went absolutely wild with excitement and sang along verbatim which only enhanced the explosive energy.

I was seated right above the standing area and as I looked around me I noticed many mosh pits happening in different areas of the crowd. I also noticed that most people basked in the moment and didn’t rely too much on their mobile phones which was shocking but also great.

Kendrick consistently delivered in every performance as he managed to preserve his voice right until the end as well as his electrifying energy which peaked during Money Trees and Alright. In between segments, there were skits displayed on screen starring Kendrick as “Kung Fu Kenny” training alongside his sensei which kept us entertained and occasionally the crowd would erupt with laughter. 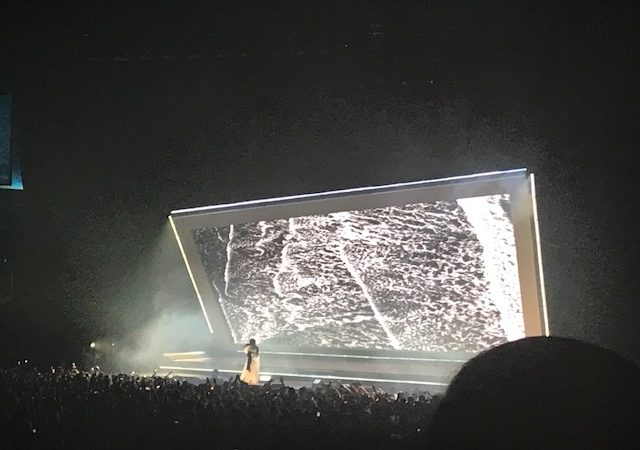 Kendrick performed in front of an audience of 20,000 people

“Ain’t nobody praying for me”, a line from Pain echoed after almost every song, haunting us in an eerie way and at one point I yelled out “I’m praying for you, Kenny!” As that echo transitioned into Backstreet Freestyle I almost passed out as I hadn’t heard the song in such a long time and I’m certain that everyone else shared the same sentiments.

Another highlight was M.A.A.D City a song that I absolutely adore which Kendrick smashed by bringing his raw intoxicating energy to the stage which spread across the crowd pumping through the veins of us all! I was on such a high, I didn’t need alcohol or weed to take me there, Kendrick was enough.

At one point, Kendrick expressed his gratitude and love at the support he’d received over the years, he also added: “Whenever I come out to London the energy just continues to rise and I really appreciate y’all for that, I really do”.

The crowd then erupted with cheers for a good five minutes and Kendrick was deeply moved by the love which reduced him to tears causing him to gather his feelings for a moment before resuming the show! 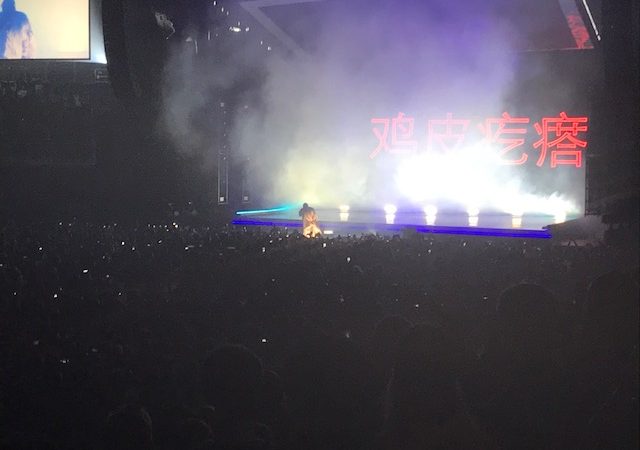 He then asked: “Y’all ready to go home? You sure? so y’all not tired? Can we keep the party goin’? Alright then!” He cued Humble and allowed us to rap the first verse and the chorus acapella.

Kendrick was thoroughly impressed, chuckled and started the track over and the energy intensified and reached its peak when approaching the line “my left stroke just went viral; right stroke put lil baby in a spiral!”

Another highlight would have to be when he asked us all to illuminate our phones to reflect the love and energy in the arena and he asked that we maintain this energy and the moment Love played and the feeling magnified in tenfold.

I scanned the arena and noticed couples embracing one another and basking in the moment which I enjoyed despite being them all alone.

Overall I left the arena feeling lifted, inspired and euphoric and I must say that was honestly one of the top five concerts I’ve ever been to in my life. Kendrick, you are incredible and a legend in the making.