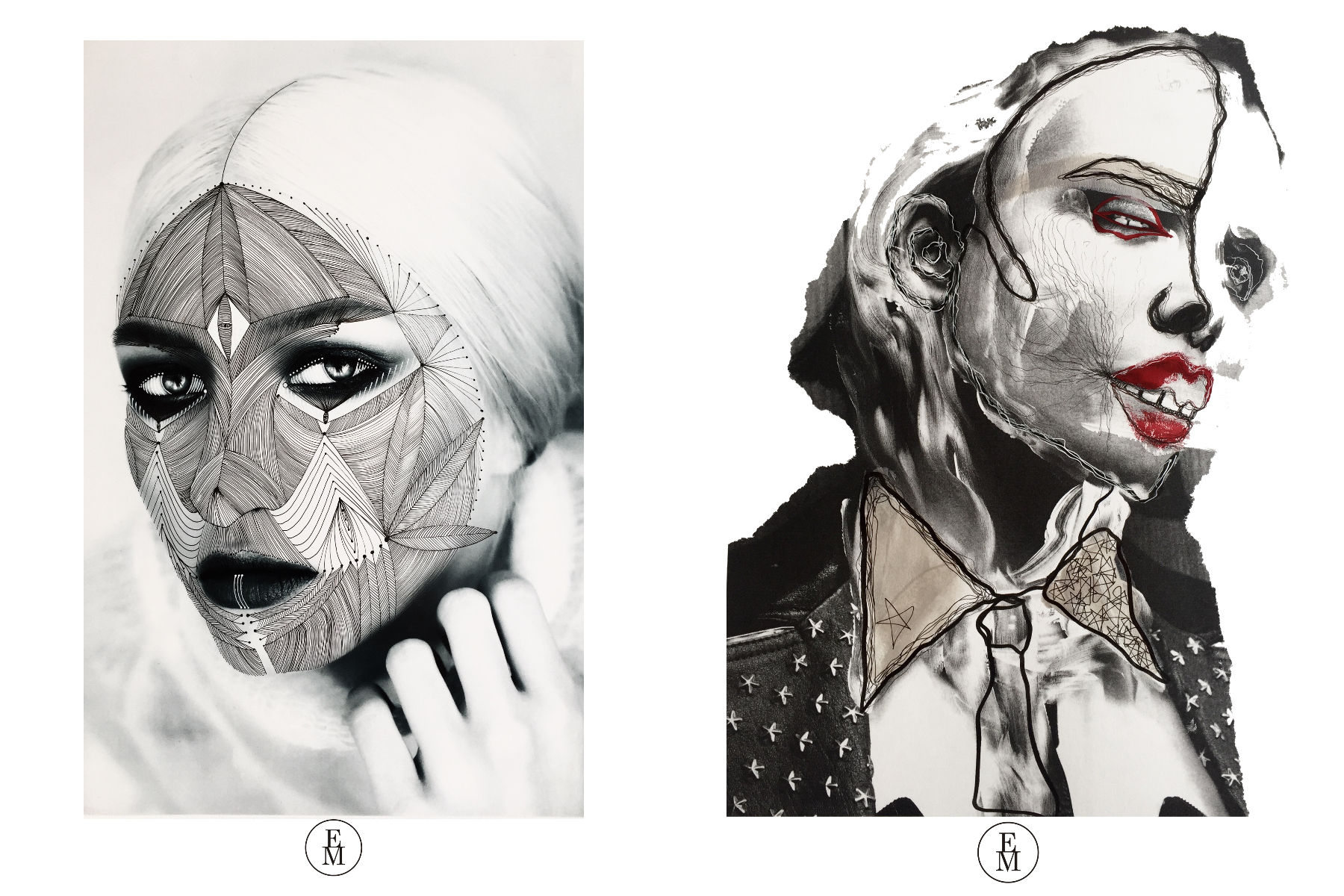 The University of the Arts London and its six colleges unite talents from many countries and industries. Sometimes we study amongst people who have achieved unbelievable things, and we are not even aware of this.

One such person we met is Evgenia Medvedeva, 28 years old Russian student, who is currently studying Womenswear at London College of Fashion.

Evgenia originally comes from Nizhny Novgorod, a city four hours away from Moscow. It has been six years now since her nomadic way of life started and she has already lived in two capitals. 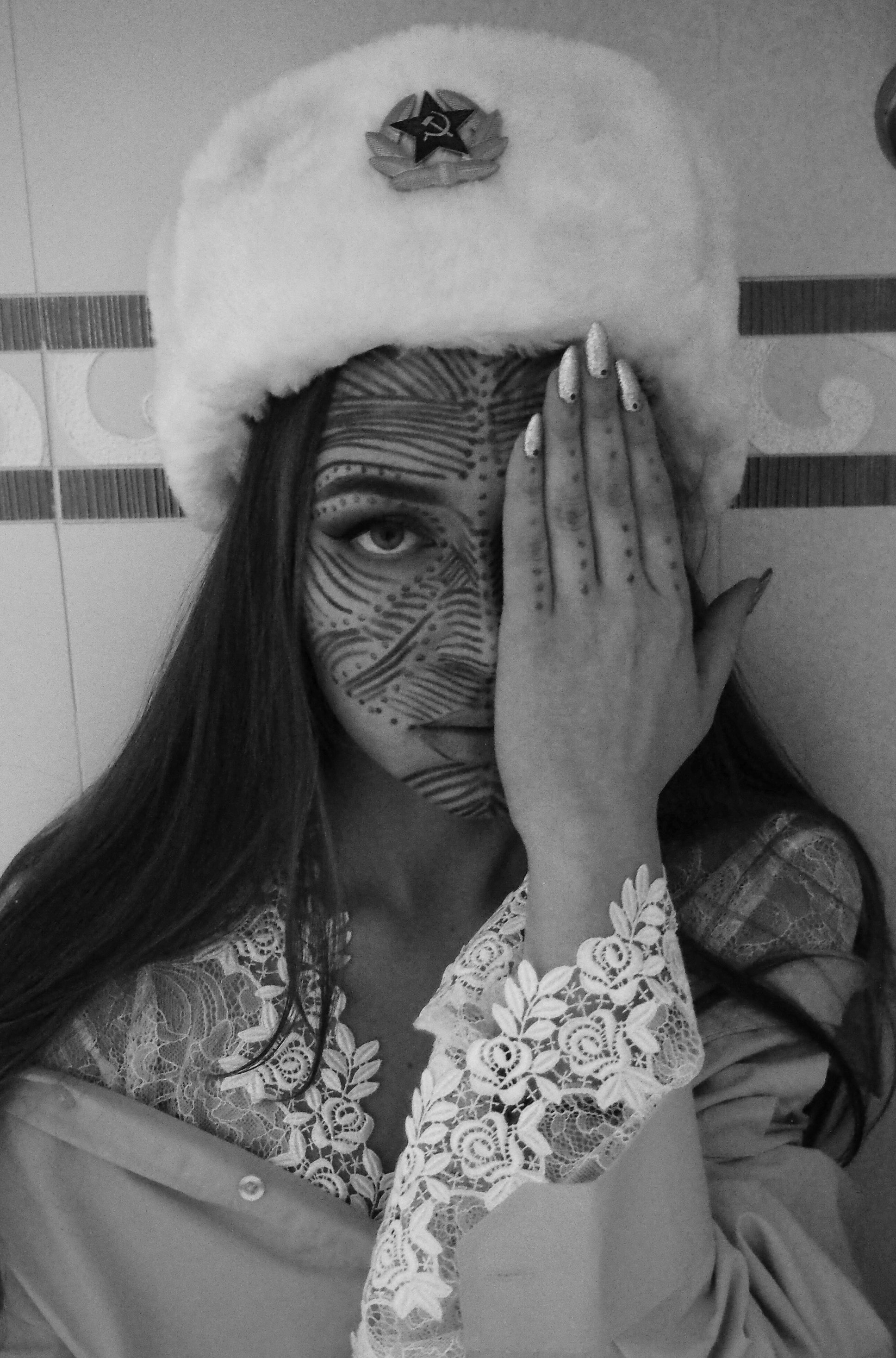 Evgenia is a talented designer, who launched her clothing brand in 2015 and was featured in Vogue Italia in the earliest stages of her career. After first coming across her work on Instagram, e.a.medvedeva, we decided to explore more on her official website.

Each piece of art carries an inexplicable power and energy. They look majestic and mysterious at the same time. “Since illustration is not my major, I have never actually learned how to do it. I started drawing when I switched to fashion design. I simply needed it to communicate my ideas,” Evgenia told Artefact.

As a real aesthete, she could not stand the clumsy lines and flat looks that she initially noticed within her drawings. Instead, she decided to start watching YouTube tutorials and even completed the IPF (International Preparation for Fashion) course at LCF.

She admits that it really helped in terms of improving techniques and gaining a sense of freedom. Evgenia would spend hours and days perfecting her drawings, trying again and again to achieve the best results possible.

“Numerous art exhibitions helped train my eye, decide what I like and what I did not like. They kind of silently shaped my aesthetics. So, I was gradually improving my skills, until one day I found a technique, which perfectly matches my artistic vibes.”

Evgenia discovered doodles and repetitive lines randomly located within a conditional frame. She would normally use faces because her first ever doodle was created on a huge face (that was the cover of Garage magazine).

Then, she tells us, she watched a documentary about Francis Bacon, the British painter known for his bold and grotesque works, filled with emotions. It inspired her second signature technique, which is colour splashes on folded (as if they are old or shabby) photographs.

Evgenia is always inspired by something bigger than just objects, she is influenced by energies. Her drawings are graphic responses to the vibes of pictures she draws over, vibes of the day, people that she has met and her inner feelings.

Drawing is not just an entertainment or work, it is her personal form of meditation. “Everything that is inside me at the moment of drawing is put into an illustration. That is why they resonate with people. It is simple, the vibes just match,” the artist says.

Recently, I had a pleasure of being Evgenia Medvedeva’s model for her live art project. She was doodling her art on my face and it was one of the most amazing experiences. It felt so unusual and… ticklish, I guess. The result surprised me a lot, I really looked like one of her paintings. The project is due to be published soon.

Also, Evgenia recently performed her live art during THE SNO:W, fashion and art show organised by The Tribe LDN in The Cuckoo club. She drew on the model with white paint being inspired by the theme of the show – snow and winter.

She says that drawing on people and drawing on paper is a totally different feeling. “Paper is static and paper illustrations are pretty much about my own feelings, interpretations,” she told us.

Despite the fact that she always responds to a picture, which she draws over, her work is very personal. She says that the lines are way more controlled and she can scan paper drawings and recreate them, take them to a different level.

“Live drawings are different. They are about two people, two worlds, which connect for a period of time and give birth to beauty. Art like this is created ‘in the air’, a hand is always floating and shaking, very often I make little mistakes, uneven lines. But I embrace all these little slips because they add vibe to the final creation, they kind of animate a drawing, they reshape it. And a person who is wearing a drawing starts to feel different. It is like having a temporary tattoo on your soul. It is magic.”

When asked whether she loves drawing or designing more, Evgenia explains that these are the two inseparable processes, “I draw when I design and design when I draw. I like them both. The secret is to feel a momentum.” Her best designs and drawings were created when she had an unbearable inner impulse for one or another.

The illustrator tells Artefact that UAL helped her discover the love for the art, helped improve her skills and taught to believe in her inner self and the beauty of her creations. “I can’t be more grateful for this. Career-wise not yet, but I am not expecting any help, especially taking into account that my major is Womenswear. However I am always open to opportunities and support,” she smiles.

We wondered if Evgenia’s art finds any reflection in her clothes. Her answer was yes at some point. The thing is her drawings are as geometrical as her designs. She likes construction, she likes when things are neat and clean and when they have perfect lines and pleats. “My designs are not as elaborate, however,” she admits.

We asked Evgenia how long it takes to create a piece from her faces collection. Apparently, it depends on different factors, but normally it would take two or three hours of non stop drawing. “I hardly ever leave illustrations to finish them later. It will be simply impossible to get the same mood. So when I am into expressing myself through drawing I do it in one go. My first works took whole days to create. Now as my hand grew speedy, it is about a couple of hours.” 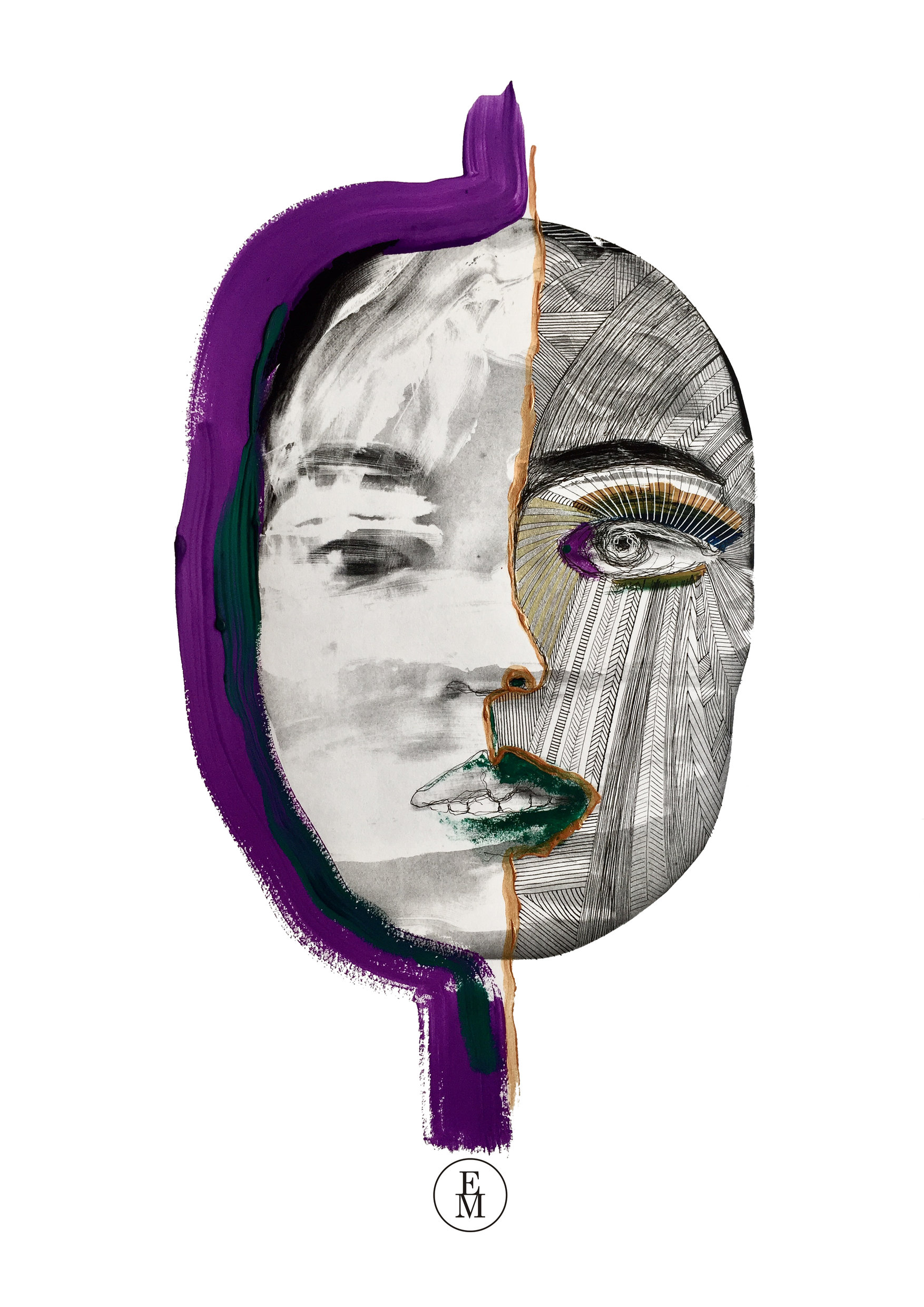 One of Evgenia’s favourite paintings among her works is the one called Talisman. It is one of her very first works. “When I posted it on Instagram, one woman got back to me saying she sees our world in it. Like it reflects what we are having now and where we are going,” the artist remembers.

She was surprised because when she created it she did not think about any deep meaning but just graphically reflected the world around and her personal perception of it. She saw this world and it is her favourite piece of art ever since.

Evgenia says that she is not proud of any of her collections in particular, as they are just reflection of her, they just exist like a visual diary. She calls them different because she is always looking for something new. She cannot stay at the same level and always needs to evolve and both her art and design evolve with her. The final conclusion is that all the existing collections are parts of her soul and she cannot put any of them forward.

Evgenia also tells Artefact that she does not have any idols because, in her opinion, having an idol limits your own vision and individuality. But she adds that she certainly has favourite artists like Maurizio Anzeri, Sophie Derrick and Chaim Soutine. All three are absolutely different but incredibly inspiring to her.

“Train your eye, work on your technique, listen to your soul and let it create!” Evgenia advises.