Memes are easy to create and just as easy to digest. Broken down, a meme is simply an image with a relevant catchphrase or caption. Perhaps this is why some of the earlier memes such as the Forever Alone meme was so popular because people of all ages, backgrounds and walks of life could relate to it.

So, why is it that memes have the power to affect thousands if not millions of people? To tap into the virtual consciousness, surpassing the static noise of everyday life on the internet, affecting and influencing the way we behave?

Lifewire.com defines a ‘meme’ as a “virally-transmitted cultural symbol or social idea.” In the same article, What is a Meme?, writer Paul Gil, goes on to describe memes as a ‘phenomenon’ that mimics the behaviour of viruses such as flus and colds. It sounds insidious. But what makes a meme a meme?

Just London Memes, a Facebook page run by Colin Hobin and Taylor Burgess, is dedicated to making memes about life in London. Since its inception the page has steadily grown to amass over eight-thousand likes and shows no signs of stopping any time soon. 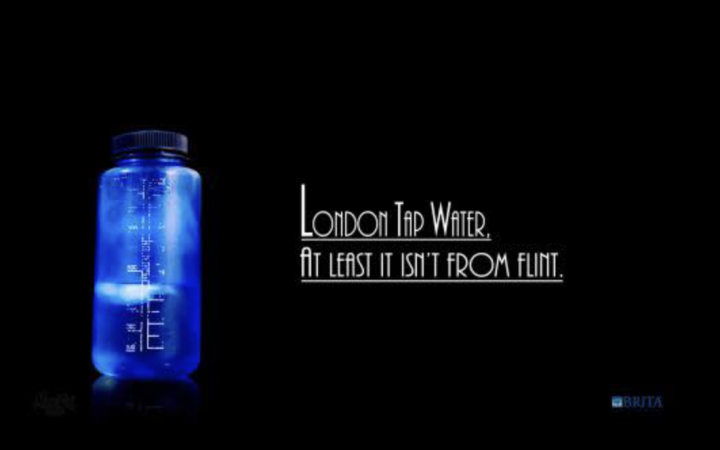 Artefact spoke with Colin Hobin, one of the founders and administrators of the page, about memes and whether they have the power to change how society behaves. “Memes have made a huge impact in society. They’re used on timelines, for advertising and instant messaging. It’s quick and easy to get a point across whether it be for humour or to make a direct case on a topic.”

In a media landscape which is being constantly bombarded with new information, the visual is king. Our social media feeds are inundated with memes through our actions (via our use of social media to tune in or out of certain discourses) and through the use of algorithms, which ‘predict’ what information we are most likely to be interested in and rid us of the rest.

In essence, we choose what we are exposed to by filtering out what we do not care to pay attention to. According to Brainrules.net we are able to retain 10 per cent of information that is taken in orally, and yet we can amass 65 per cent of that same information if presented visually.

On the topic of online engagement and interaction Hobin recognises how easily memes have been accepted into pop culture and society. “I feel like it’s a good thing that we have become so used to memes. Even though we can relate, there are still a lot of ‘taboo’ memes. But we shouldn’t get so easily offended.”

Hobin is a comedian and has seen it all first-hand: “I find that people give words too much power over themselves. So, I use humour as a way to get through tough situations and try to make unfamiliar settings more comfortable for everyone to be in.”

However, memes are not simply innocent jokes shared amongst friends or even like minded people. They can have a much deeper effects and their influence can extend well beyond the virtual.

“We have very little we won’t post on the page, in terms of what is in good or bad taste, and have had very few memes taken down because of complaints.” Hobin says that while a majority of the content he and Burgess post has a positive response from the page’s followers they do have their own limits. “As long as we’re not encouraging violence or hatred we will generally post it. If people complain and we think they have a valid complaint we have no problem taking it down.”

In this sense Hobin and Burgess are more actively responsive to the discourse occurring on their page, effectively acting as their own editorial watchdog. But what happens when the discourse is not limited to the confines of a social media page where responses are being monitored, not only by the page’s editors, but also, by the social media platform’s own editorial team?

A majority of social media users will vividly remember Daniella Brigoli’s “Catch me outside” episode on Dr Phil’s talk show in September of 2016.

Brigoli was brought in by her distraught mother who had had enough of her teen daughter’s violent and reckless behaviour. During the segment, where Dr Phil interviews the mother and daughter, Brigoli lashes out verbally threatening audience members, who laughed at her behaviour, and called them “hoes”.

[pullquote align=”right”]“The people who are rewarding bad behaviour are those paying for her publicity.”
Colin Hobin[/pullquote]The episode went viral on the internet. The original clip, on Youtube, has garnered over 35 million views. The first meme – a still from the particular episode – of Brigoli with the catchphrase, “Cash Me Outside, Howbow Dah” – reported to have first appeared on the internet forum Memecrunch, only a month later, according to the website knowyourmeme.com.

Now, two years later, and Brigoli or ‘Bhad Bhabie’ – as she calls herself professionally – has more than 12.2 million followers on Instagram alone.

Brigoli’s rise to fame is not only an ode to the power of the internet in the peoples’ hands but also a realisation of how the internet’s crude abilities and that people, not algorithms, are needed to monitor social media as well as media landscapes.

Ana Kasparian, one of the presenters on The Young Turks, a news and commentary programme based on YouTube, commented on Brigoli’s rise to stardom and wealth by saying that: “America loves to reward bad behaviour.”

Unlike Kasparian, Hobin disagrees with the idea that the internet rewarded Brigoli’s bad behaviour, rather, that what has occurred since is only a natural process. “Dr. Phil had her on his show for publicity, first and foremost, it is not the internet’s fault. I personally do not feel that I’ve encouraged her behaviour and if I had acted like that growing up I would have been grounded by my mother.”

But what if Kasparian has picked up on what is, in part, the internet and its virtual inhabitant’s ability to break down events into singular moments, which are extracted from within its context and utilised for our own pleasure.

Out of context, Brigoli, who was thirteen at the time, went from being a source of ridicule to finding her way into everyday life outside of the internet. And as a result of our own need for instant gratification behaviour such as that presented by Brigoli is inadvertently rewarded? Brigoli is, effectively, no longer just a teen-menace but a mastermind behind one of the century’s best and most popular phrases.

But what is it that makes memes so popular? They are not restricted to teenagers or young adults. In fact, they are able to cross socio-economic and political boundaries.

Maisie Florence Post, an independent curator who specialises in internet art, curated an exhibition, in 2016, entitled What do you Meme? The exhibition, which was held at Holdron’s Arcade in Peckham, was crowdfunded via donations made by the public. In an interview with The Evening Standard she said that society is currently experiencing a cultural phenomenon of a different kind. “As ‘prosumers’ we no longer settle for consuming content. We want to produce it too.”

Artefact caught up with the Central Saint Martin’s graduate to find out what her views are on the culture of memes. “The way we interact and engage with content and peers online has definitely changed.” Post tells us, “We’re living in an emoji culture, where we can say so much in a single cartoon expression.” 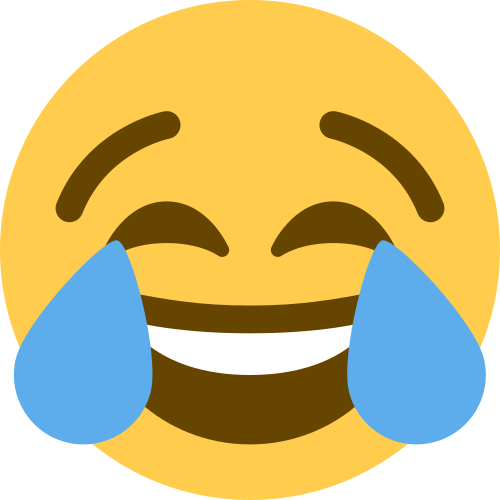 According to the tech giant, Apple, the teary-eyed emoji (Face with tears of joy) was the most popular. It became so popular that in 2015 Oxford Dictionaries chose it as the ‘word of the year’ making it the first time a pictograph was selected to win the award.

So, what does this mean for communication? Post acknowledges the short-attention spans of current millennials who are exposed to endless streams of information. “We are digital natives criticised for our short attention spans. Communicating with a meme is instantaneous, it gets the point across, whilst being humorous and light-hearted.”

While curating an entire exhibition may be all fun and games there are more humbling reasons for combining memes with art. Especially, during a time where many argue that art is in danger of being destroyed by the pop culture phenomenon. “I think the art world can be seen as elitist and serious, so it’s a good feeling to bring some community and folk art humour back into a gallery setting. I mainly focus on how the internet can democratise the art world,” Post tells us. 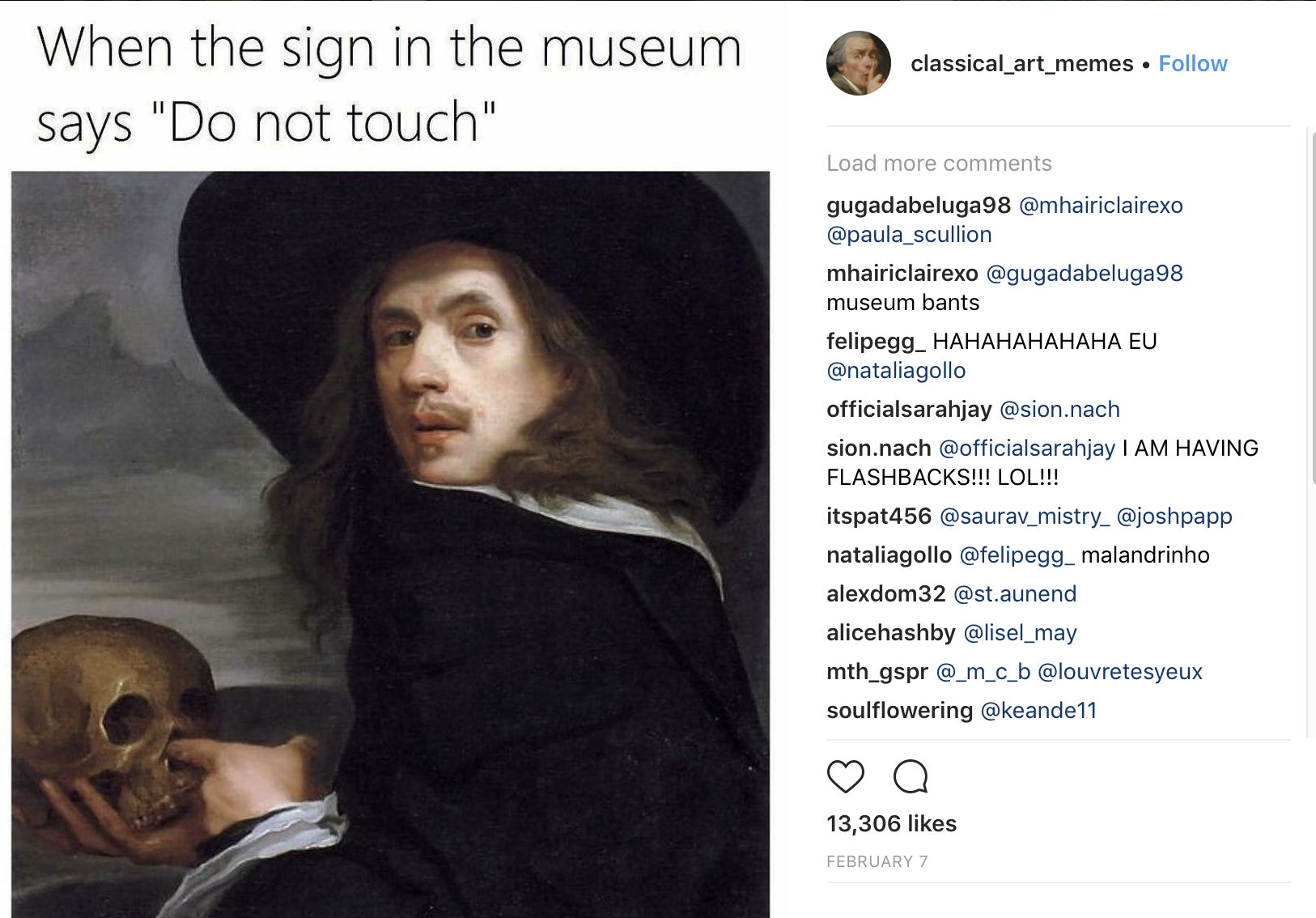 Do Not Touch meme [Instagram:@art.meme.land]

For others, such as Josie, who runs two Instagram accounts including her main account, @art.meme.land, curating content was more of a path to exploring her artistic interests and skills. “I started drawing a little over two years ago. I never really thought it was possible to just learn how to draw, but now, two years later and I know that anything is possible.”

Speaking on her first time making memes Josie tells Artefact that it happened due to the positive responses she’d had on social media. “I eventually thought I might as well make an account specifically for memes.”

As Josie’s content are all made in relation to art she rarely finds herself in a position of potentially making something that might be offensive. “Sometimes people tag me in memes where they’re trying to put another artist down. I don’t post those memes. I don’t want anything pretentious on my page, it could really discourage beginners from continuing art, which I would hate.”

Even then Josie acknowledges the potential danger of memes, “We do need to be careful of what we reward. There are a lot of people who will condemn bad behaviour. As such, I don’t really see it happening. There are always two sides to things like this: They go viral and get a lot of attention. As a result this attention leads to people, like Brigoli, making a name for themselves and making a living off of it.” Josie associates this to a change in times where people no longer need a representative or agent as such. “Before the internet you would need an agent, whereas, now you can do it yourself just by catching people’s attention. It is scary.”

Producing content, or ‘prosuming’ (the term coined by Post), is yet another evolution of interaction and engagement on social media that has been supported by the meme culture. Memes are now no longer simply a pastime but have solidified their place within history as the phenomena that took over the internet and forever changed how we interact online.