Moscow and St. Petersburg are not the only cities in Russia 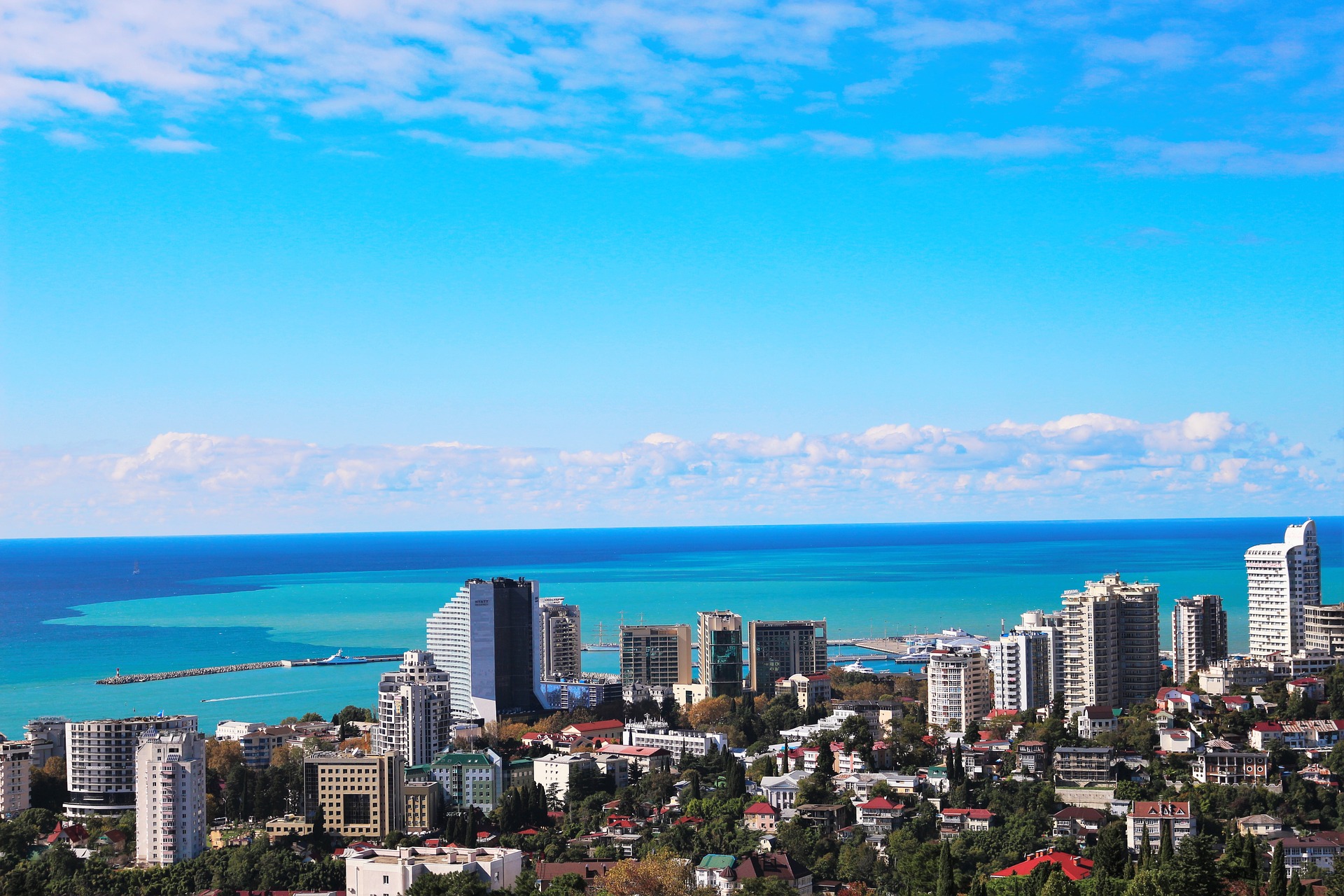 With the spring and summer holidays approaching, people are looking for exciting new destinations to visit for a short break from reality.

While some of us prefer the hot and scorching sun of Dubai, others choose walking architecture tours around, let’s say, Amsterdam. But sadly, most of the tourists choose common destinations, while there are so many other under-explored places around the world.

This phrase, almost in every case, guarantees the next question: “Oh, are you from Moscow?”

“No. I am not,” you have to answer, exhaling with an expression of tiredness on your face. You heard it too many times. Every time, actually. And you can’t blame anyone.

“St. Petersburg, then?” The person asks with more excitement, hoping this time they guessed right.

“Nope,” you shake your head.

At this point, geographical knowledge of your interlocutor usually ends, and you have to tell them about your city, where it is on the map and how far is it from Moscow.

Believe it or not, people come to London from other cities of Russia too. We just do not talk about each other’s cities, or share our cultural information. But this is sad because sharing such knowledge is one of the best perks of being an international student.

Unfortunately, this issue is recognised with many countries in the world. Most people only know capital cities or big historical centres. Nobody expects that everyone should have the perfect geographical knowledge, but it is always interesting to find out about new places, dig deeper.

So what about my Russia?

My home region is considered one the most welcoming parts of Russian Federation. 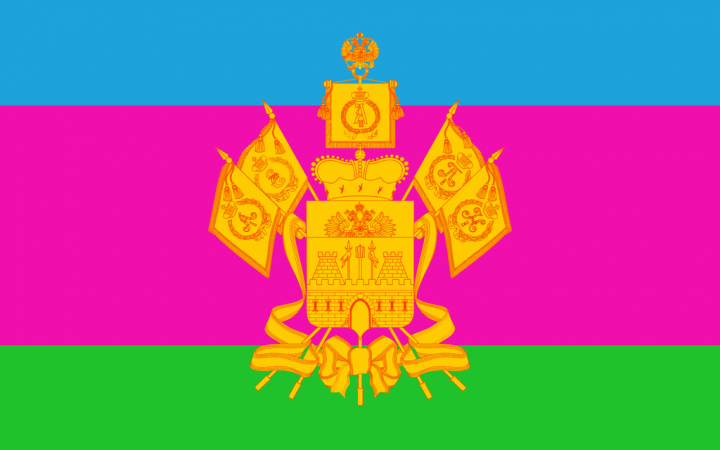 Krasnodar Krai, also known as the Kuban region, is located in the North Caucasus region in Southern Russia. The total population, according to statistics of 2017, is 5,570,945 people.

It is a warm and green (cold and white in winter though) and generally an interesting place, enriched with different natural beauties. Its endless plains and majestic mountains have recently made it one of the most popular tourist destinations for both domestic and international guests.

In December 2015 the region was named the most attractive tourist region by National Tourism Rating, while the second and the third place went to Moscow and Saint Petersburg.

The capital city, Krasnodar, was founded in 1794, is one of the most important historical and cultural centres of Southern Russia. It was initially known as Yekaterinodar (Екатеринодaр) which literally meant ‘Catherine’s Gift’, referring to the fact that Catherine the Great gifted the land in the Kuban region to the Black Sea Cossacks.

In December 1920, following the Russian Revolution of 1917, Yekaterinodar’s name was changed to Krasnodar, what literally means ‘Gift of the Reds’.

In 2010 the UK city of Nottingham and Krasnodar signed an agreement after Krasnodar was visited for the first time by the delegation from Nottingham in 2009. Visitors from Great Britain became participants of events on the occasion of the celebration of the City Day.

‘Twin towns’ is a form of social agreement between towns or cities in different geographical areas aimed to strengthen friendship, cultural and commercial ties, develop tourism and trade. 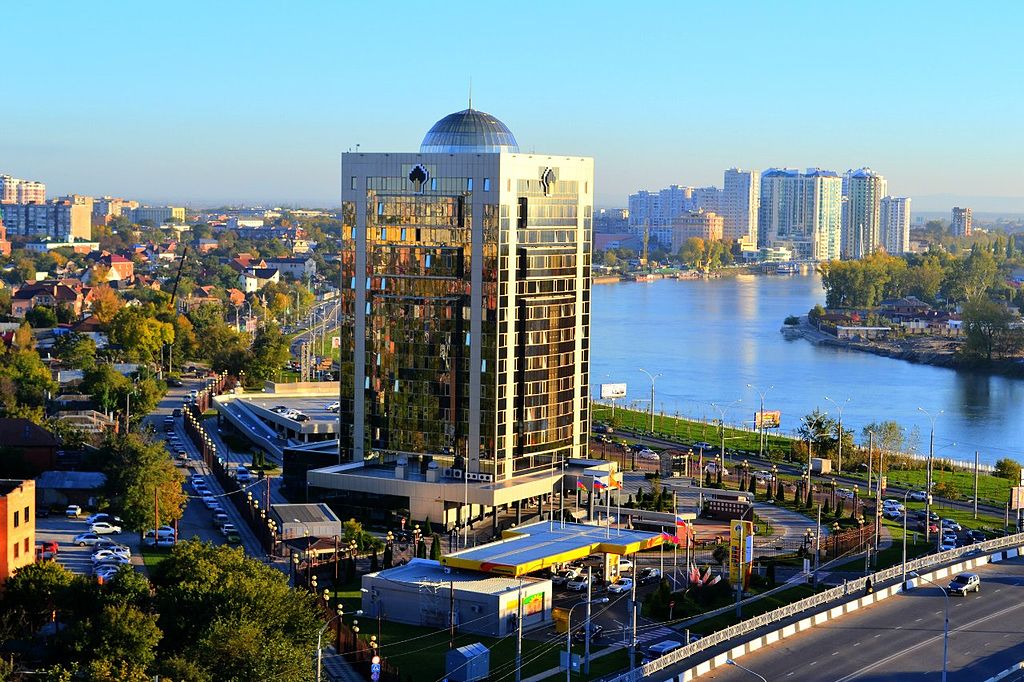 Krasnodar has some exciting historical sights. I would definitely recommend visiting the Museum of Military Technologies Oruzhie Pobedy (Victory Weapon), where you can find examples of old weapons and vehicles from World War II.

If you are in the city, do not forget to take pictures with Monument to Catherine the Great and Monument called Cossacks writing a letter to the Turkish Sultan, which are very well known landmarks of the city. If you are interested in cathedral architecture, the best places to visit would be the Holy Trinity Cathedral and St. Catherine’s Cathedral.

I have visited many cities in the Krasnodar Region, and there is a little something in each one. I would say, there is a place for any tempted tourist. If you love laying on the beach, some cities will welcome you with bright sun and warm sea. If you are an adventurous person, try visiting those with endless forests and mountains, and, if you like secrets or legends, in some of them, you might find genuinely mysterious things.

After Winter Olympic Games 2014, Sochi’s popularity among tourists of Krasnodar region has grown rapidly, making it a favorite destination for the admirers of both winter and summer holidays. Sochi is a city on Black Sea coast, which has become a very well developed tourist centre now and attracts more and more people.

According to data published by Russian Government, the number of tourists visiting Sochi has risen from 3.9 million in 2013 to 6.5 million in 2016, an increase of 40 per cent and a record-breaking number. 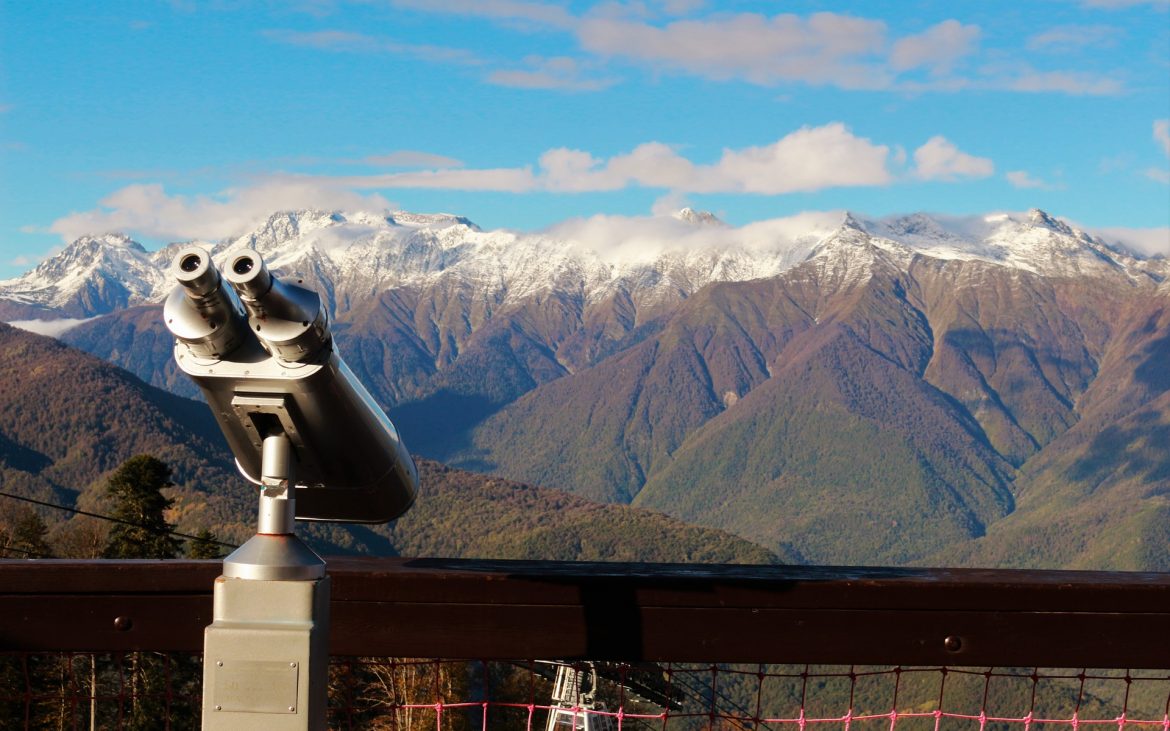 Sochi first started turning into fashionable resort during Joseph Stalin’s leadership, he had his favourite dacha (seasonal second home prevalent in Russia and post-Soviet countries) built there. This has now been turned into a museum, and is one of the most popular sights in the city.

Sochi is entirely different from other cities in Russia, as it has some features of a subtropical resort, what attracts visitors along with the majestic Caucasus Mountains views, beaches and beautiful parks.

South regions in Russia are unique, in comparison to well-known cities and some guests are surprised when they arrive at one of the towns of the Krasnodar region.

Antonio Beretta, 55-years-old from Italy, told Artefact that he was invited to Sochi in 2015 by his business partner. They planned a ski trip there. “As I have already been to the two largest Russian cities, Moscow and St. Petersburg, I thought I knew what to expect. When we arrived, the city looked very much like a European city, with tourists rushing from place to place. My partners told me that the city had drastically changed in the past several years, due to the Winter Olympic Games and now looked very different,”

He added though that, despite the fact that the skiing in Sochi was great, he got used to receiving better service in Italy. He hopes that the place will develop and become a world-class resort to meet him in the future upcoming years.

Apparently, one of the main difficulties for many tourists is to get a Russian visa. It might be one of the most significant problems on the way if tourism development in small but holiday-perfect regions.

25-year-old, Louis Pierre from France shares her experience: “The difficulty that I faced straight away was getting the visa to Russia, and unfortunately it pushed out many of my friends who wanted to join me.”

She admits that in terms of skiing it would be much easier and more cost-effective to go to the Alps, but: “On the other hand, the service and the sports infrastructure were of very high standards, which I really enjoyed. We spent most of our time in Rosa Hutor and Krasnaya Polyana where all the hype and fun were.”

Louise also enjoyed the riverbank of Sochi, which she found “impressive and a nice place to have a walk for sightseeing.” She adds that these walks reminded her of the French Riviera.

Thomas Bellini, from Belgium, also visited Sochi after Olympic games. Newly built parks and sports facilities pleasingly surprised him. “I went to Sochi after the Olympics in autumn 2014. Unfortunately, I could not attend the Olympics, but heard the standard of it was very high! As I went with my son, he really enjoyed the new SkyPark that had just been opened, so everyone kept talking about it. What I personally enjoyed the most was the Stalin’s Dachia and the tour around it. While being there, it felt like being in the Soviet Union.”

Another hidden pearl of Krasnodar Krai is a fascinating historical place, which is known as Hero City, Novorossiysk. It is a country’s main port located on the Black Sea. 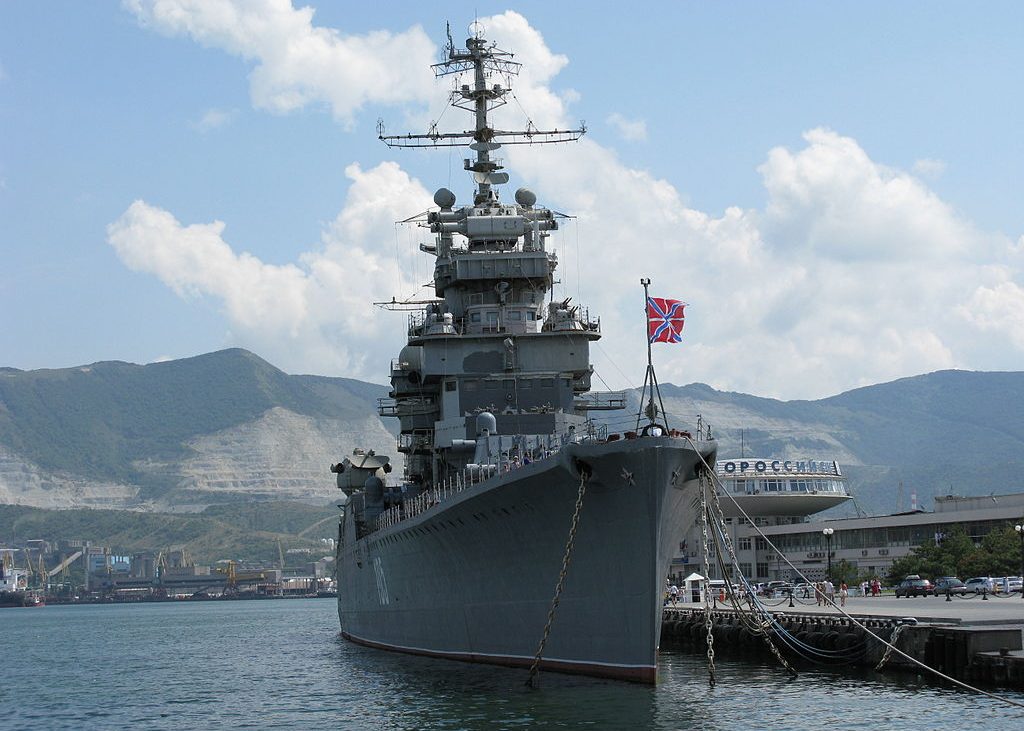 Those lands have a long and interesting story. In ancient history, the shores of the Tsemess Bay belonged to ancient Greek colony. And in 1722 the bay was under the control of the Ottoman Empire fortress. In 1829, after the Russo-Turkish war, the coastline was ceded to Russia, and that is when admirals Mikhail Lazarev and Nikolay Raevsky created an eastern base for the Black Sea Fleet in 1838.

Named after the province of Novorossiya, the port soon started to play a crucial role, forming a line of forts known as the Black Sea Coastal Line, which stretched south to Sochi.

The picturesque nature of Novorossiysk made it popular among admirers of natural beauty. In the suburbs, you can find ancient megalithic constructions, called dolmens, which played a role of tombs.

Most exciting places to visit are Museum Cruiser Mikhail Kutuzov, the observation deck ‘Seven Winds’, which opens a breathtaking view on the city and the coast, and the place beloved by both tourists and residents of the city, a planetarium named after Yuri Gagarin, the first man in space.

Just 14 km from Novorossiysk, there is a little settlement with a significant meaning for the country. Abrau-Dyurso is the centre of Russia’s most famous wine-growing region. It has a beautiful lake called Abrau, near which one can find the winery under the name “Abrau-Durso”, where they produce the famous Russian champagne.

The Krasnodar region has many other interesting cities and natural beauties to visit including mountains, rivers, infamous Caucasus Nature Reserve among it all and many more, so it is definitely a tourist destination that you might want to check out yourself, rather than just sticking to Moscow or St. Petersburg.

Featured image by Bolotina-o via Pixabay