Looking through old family videos with my mum I came across one very prominent clip. It is a five-year-old Tayo singing along to DJ Luck and MC Neat’s A Little Bit of Luck whilst my dad blasts it on his decks.

To my surprise, I knew it word for word even at that age, possibly an indication of the influence the genre had over me even back then. If anything this reaffirmed both when and why I fell in love with UK Garage and still love it right up to this day.

This was a regular occurrence when I was younger, my Dad would get dressed up in expensive clothing (it was essential you looked as stylish as possible) and he would be off to do another PA or DJ at Garage nights.

I was born at a time when I was just old enough to remember UK Garage at its height, my Dad’s career was kicking off and it was hugely exciting to see. He was a producer at the time who went by the name M-Dubs meaning ‘menace dubs’. He released many songs over the years including Over Here featuring Richie Dan and Bump and Grind featuring Lady Saw. He also owned a shop called SugarShack, situated in Hounslow, West London.

Sugarshack was a UK Garage hub, lovers of the genre would descend to buy the latest vinyls and listen to the sound. 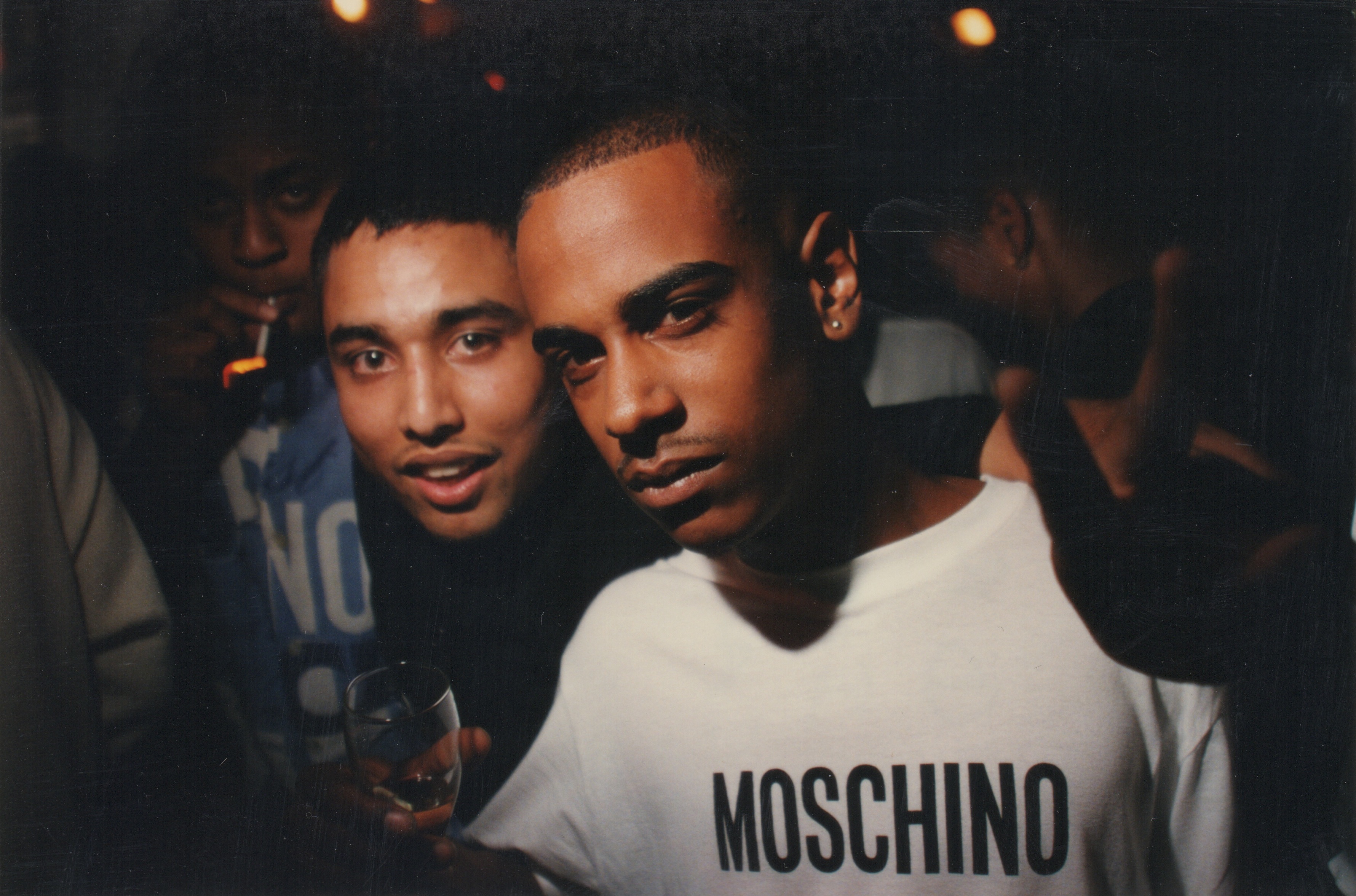 Sitting down with my Dad we discussed what it was like ‘back in the day’ in terms of fashion. UK Garage, jungle and rave music created diverse scenes that went far beyond just music, people expressed themselves through unique styles. One thing I am very used to hearing from both my parents in relation to various outfits I have worn is ‘we used to wear that’ or ‘it’s all been done before’.

He spoke of how he used to regularly attend a hugely prominent UK Garage club night, ‘Twice as Nice’ at the Coliseum in Vauxhall. Twice as Nice was the perfect example of how the style was vital, he says: “If you weren’t dressed well you would be turned away at the door in an instant.” He added, “people would wear expensive labels like Moschino and D&G, it was very very important, you had to be seen in designer wear to fit in with the crowd.”

It sounded as if being in the club was like being in another world filled with luxury and of course good music, “you had to be dressed very stylish, seen holding champagne. People showed their status in the club.” He describes the club environment: “It was very classy, you’d see famous people in there, a lot of celebrities and footballers went to the garage clubs.”

In terms of fashion, on reflection, he says: “It always comes back, it goes around in circles.” He’s not wrong as it seems nowadays that there has been a surge in styles influenced by both UK Garage and Jungle particularly by people of my age group in their late teens/early 20s.

Now a new tech-savvy generation takes to social media sites like Instagram channelling nostalgic styles that were so prominent and recognisable in the UK subcultures. 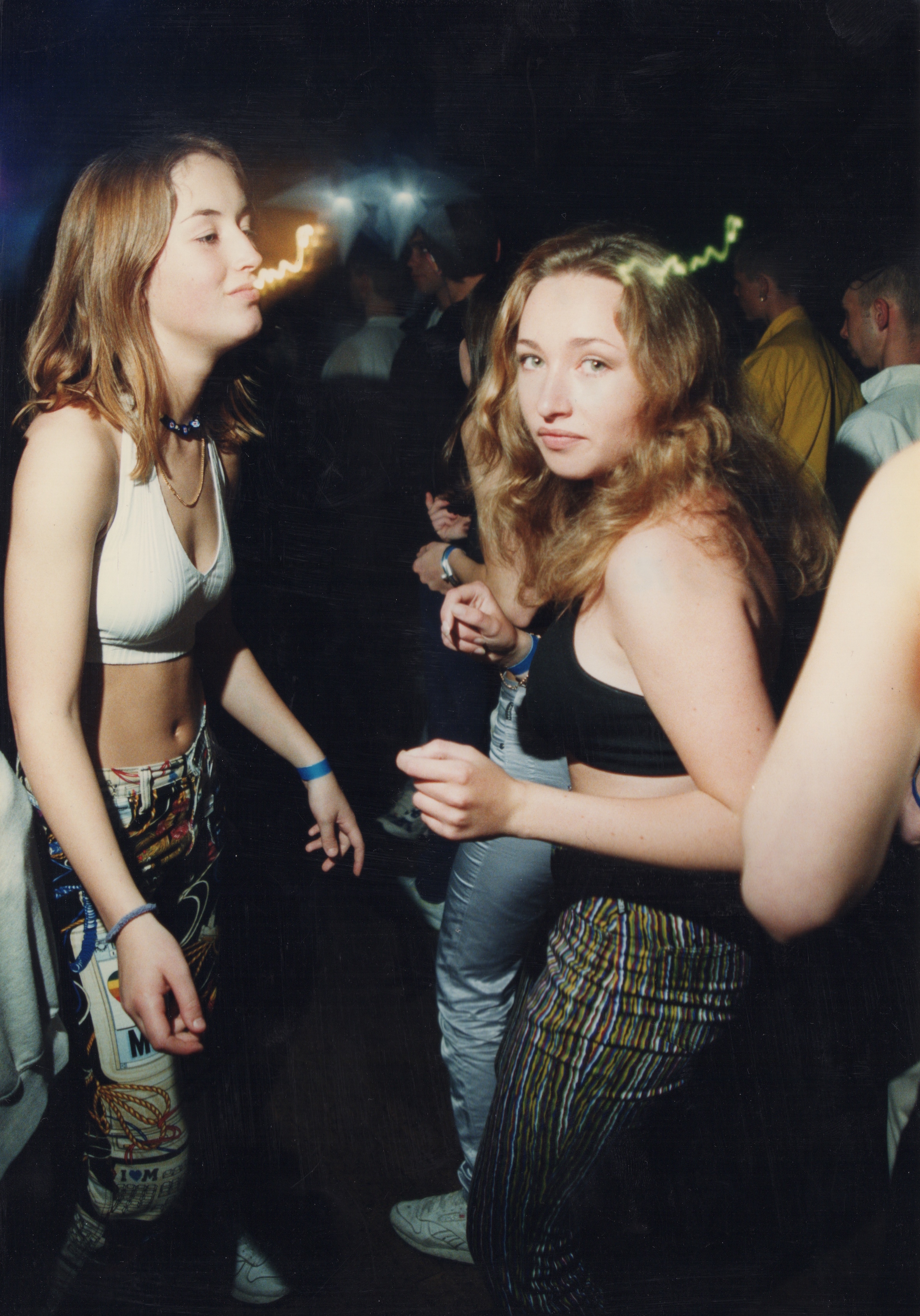 My dad’s vivid memories along with everyone else associated with the genre have been captured in a new exhibition. Super Sharp explores the appropriation of luxury Italian designer brands like Moschino and Versace within the underground music scenes. As someone who wishes they were older when UK Garage was at its pinnacle it was exciting to read stories from the people that were there.

The exhibition features accounts from UK Garage and Jungle enthusiasts along with DJs and artists such as Goldie, Noodles, and Fabio & Grooverider. Super Sharp is the first instalment of a wider series entitled RTRN II JUNGLE. The exhibition was curated by Tory Turk and Chase and Status’ Saul Milton.

Visitors are able to take a look at Saul’s extensive clothing collection and even record their own memories of UK Garage and Jungle into a microphone. I asked Tory about the inspiration behind the exhibition, she says: “In 2014 I curated an exhibition on street style. I asked key influencers for a selection of British subcultures to style mannequins for the display. Saul styled the jungle mannequin. It was then that Saul told me about his impressive Moschino collection and that he was interested in putting together an exhibition incorporating it.”

Tory tells Artefact why she thinks the trends from the UK Garage and Jungle scenes still live on today and inspire the way people dress: “Fashion trends are cyclical and now is the right time to celebrate jungle and garage style. It is also interesting that the music is also experiencing a resurgence. A music scene always has a complementary style attached and fashion always looks back when looking forward. As people explore past music scenes they also look at the style that went with it. The 90s is possibly the final golden era of style before the internet exploded. Style and subcultures is now played out on social media so there is a special nostalgia to these scenes that millennials are fascinated by.”

She explaines the thought behind the name: “Super Sharp is a music and style exhibition and so it made sense to reference a music track. DJ Zinc’s classic jungle track Super Sharp Shooter is the perfect fit, it was played both in jungle and garage raves. By removing ‘Shooter’ from the title the term Super Sharp embodies the look that many jungle and garage ravers were striving for. The bass-line of the track is heavy, if you listen to the track and imagine jungle ravers head-to-toe in expensive loud clothes you get somewhere closer to understanding the unique energy of a jungle rave.”

The exhibition uncovers why brands like Iceberg and D&G were so important to the history and culture of both genres. The early 1990s saw an evolution of rave scenes, more prominently acid house.

With the scene came trends and styles: “In the early 1990s the acid house scene had been widely associated with outdoor raving that produced a relaxed and open-minded attitude to style – there was a bit of a hippy-style revival and people wore baggy clothes but in general people would pretty much wear anything they felt comfortable in. As rave music expanded many electronic dance music variants developed, all feeding off one another.” 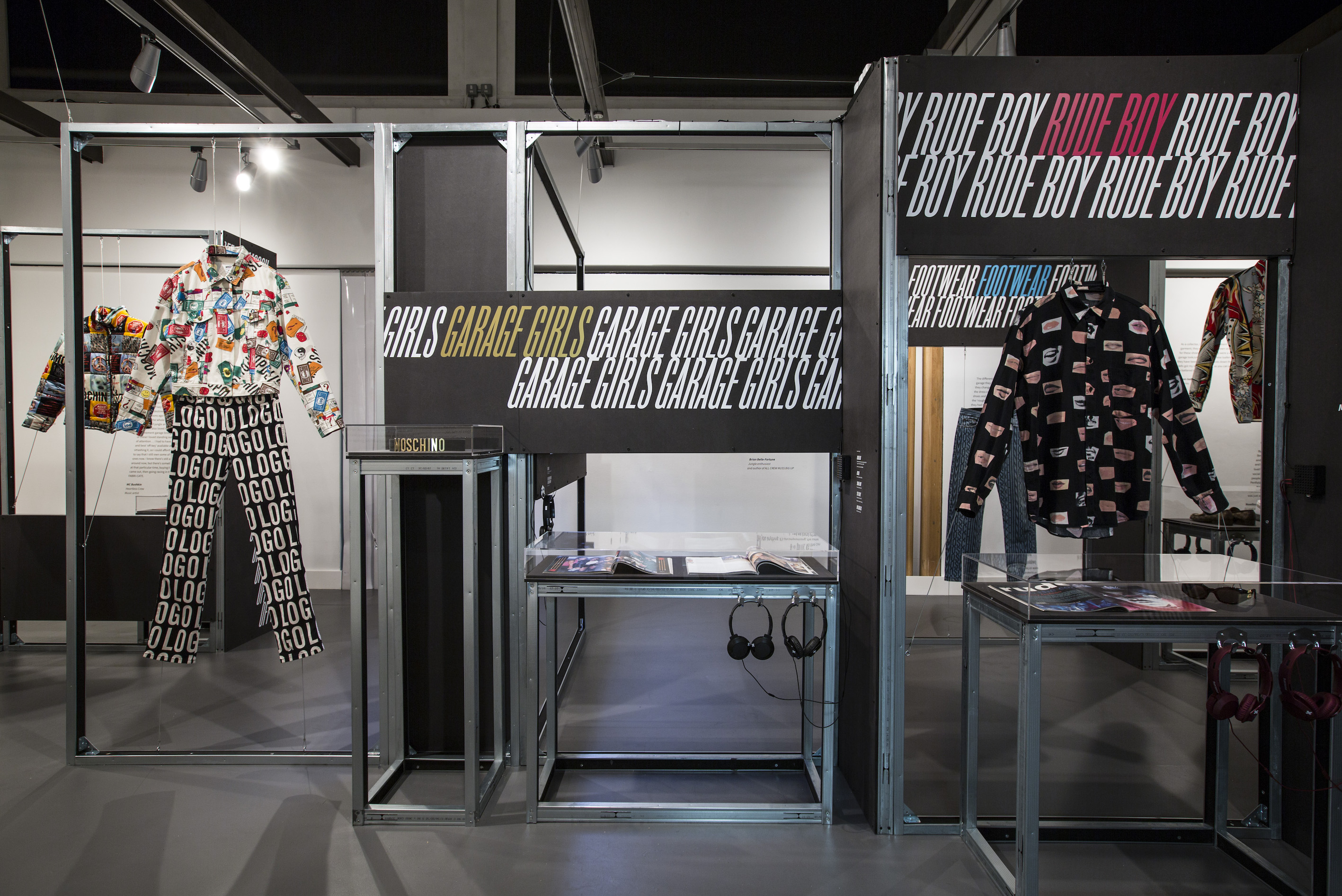 Jungle music derived from Bristol and London rave scenes, the music which was a form of electronic dance brought with its own style, “Jungle music was mainly cultivated inside licensed indoor raves and so the club venue surroundings inspired a new raving style. It embraced the colourful look of an acid house but also integrated urban combat gear. The wearing of camo could have been a reflection of the economic struggles of the time but this was contrasted by the trend of wearing aspirational designer labels, a look that was also popular in American Hip-Hop. Later on, in the decade the obsession with designer labels became more and more apparent and it is this style trend that the exhibition is celebrating.”

Tory shared her thoughts on cultural appropriation and whether she feels it is a good thing: “I think cultural appropriation and cultural inspiration can be both negative and celebratory, artistic borrowing is a natural pastime for all art forms and it just depends whether it is done sensitively or not. Cultural appropriation can be subtle and harmless, many everyday fabrics, garments and styles have originated elsewhere or been created for a different purpose, fashion would be much duller if that wasn’t the case. In the mid-90s British Jungle ravers appropriated Italian designer garments from high fashion and introduced them to the sweaty club environment.”

She shares her optimism of people of younger demographics adopting the styles: “Today millennials are re-appropriating this already re-appropriated style and I think this is really exciting; it is part of a vintage scene movement which means it is detached from the mainstream side of fashion. It has the same anarchic spirit that the original jungle and garage scenes had.”

Super Sharp is at the London College of Fashion until April 21, 2018.