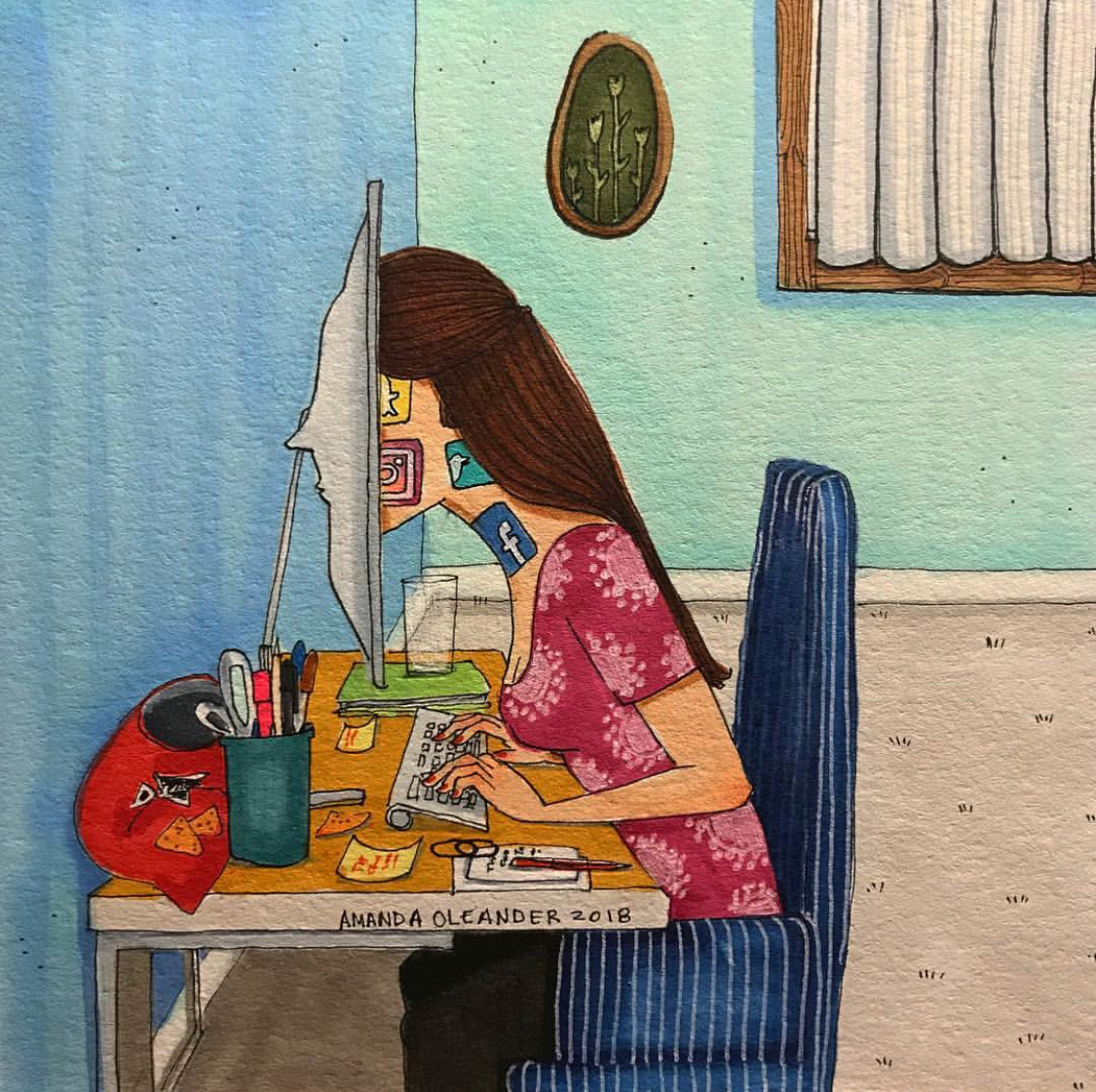 We all have indulged in some 2:00am guilty pleasure social media snooping. Usually, it’s usually a former friend, distant family, ex-girlfriend/boyfriend, or even a complete stranger. Some people actually create fake social media accounts just for the purpose of stalking. Just in case you accidentally like a post or picture from three years ago.

Most stalking accounts are ‘ghost followers’. ‘Ghosts’ are social media users who follow active members. However, they are not active and do not engage in liking or commenting. The sole purpose of ghost followers is to lurk and watch others. One could argue that this is the whole purpose of social media, to give everyone the ability to feel somewhat like a celebrity – strangers knowing everything about you.

A common yet baffling situation is seeing someone that looks familiar and questioning whether you have actually met them before, or did you just heavily stalk them?

Harrier Alkassimy, a 20 year-old student at the University of Reading says: “Once I stalked a guy on Twitter and then I saw him at a conference and had actually thought I knew him.”  When it’s the first time you physically meet someone, do you introduce yourself as a stranger? Or do you reveal you’ve stalked them and say something like “how was your Kenya trip in 2010?”

At some point, everyone has been scared by someone who is walking behind them and thought they are being followed. Even if that person was tailing you, you could easily contact the police or a friend, and that stranger will just go away. Bear in mind, that person was only following you for a few minutes. However, many people are tracking your cyber activities for much longer.

Social media allows one to display one’s day-to-day life with the use of ‘stories’. Firstly produced by Snapchat and is initially what created the app and gave it the fame. Of course, thanks to Snapchat’s huge, speedy success, other platforms such as Instagram and Facebook followed the trend. The stories are only displayed for 24 hours, which displays an instant situation in one’s life, making it seem like a reality show.

Instagram makes stalking easier by allowing one to see what pictures their followers are liking and commenting on, but also what comments others have liked.

There are two types of online stalkers. First is the stalker that has no motive of communicating with you nor having a legitimate relationship with you, but is merely interested in your lifestyle. It is quite scary knowing that a stranger knows what you had for dinner last week.

They probably even goes to the same cafes you go to, just because you posted a picture of a cake and inserted the location. They are harmless, and they do not have the intention of seeking a friendship with you, but they just stalk you. Alkassimy says: “You feel like a celebrity when people stalk you.”

The second stalker is one who is interested in getting acquainted with you and wants to get to know you. Many relationships/friendships have been formed this way, and the student says: “Usually I either stalk because of their lifestyle or because I want to bond with them.”

The UK government offers a National Stalking Helpline it says: “Contact the police if you’re being stalked – you have a right to feel safe in your home and workplace. Stalking is illegal and can include being followed or constantly harassed by another person – e.g. being sent unwanted emails.” However, how about unwanted direct messages, known as DMs on social media – many of us received them and sent them.

A form of online stalking, legally known as cyberstalking, is considered a crime. Cyberstalking is when one causes a threat, or/and anxiety to a person they are stalking. Psychologist Dr Emma Short from the National Centre for Cyber Stalking Research told BBC Newsbeat: “Once you are causing fear and distress through your communication and you know the communication is unwanted then you are engaged in harassment which is against the law.” 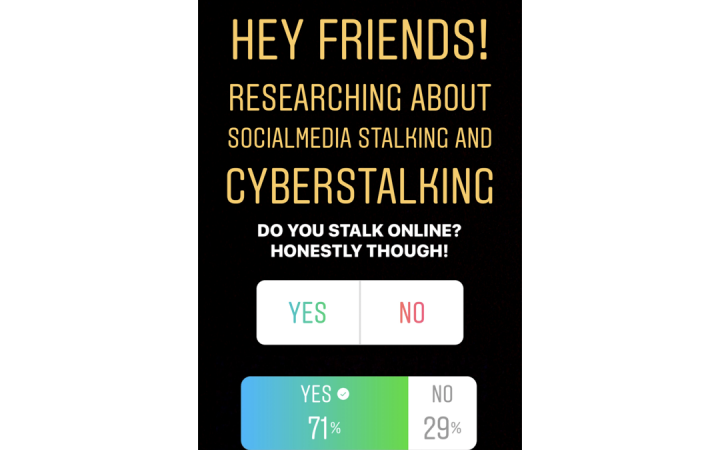 I conducted a survey through Instagram to find out if social media stalking is common in the millennial generation. The survey was taken by 55 people, between the age of 15 and 35.

One could argue that social media/online stalking has become a new ordinary habit for the millennial generation. If actual physical stalking is somewhat a threat, considered dangerous and illegal. Why are people fine with online stalking?

By having a public social media profile, prople are aware that they are being stalked. The main issue with online stalking is that its addictive and we all take part in it, in some way or other even without realising, so even if officials take into consideration turning online/social media stalking into a felony, it is almost hopeless. Due to the fact that the public is too invested, as it is almost a form of entertainment.

Therefore, as long as we are not cyberstalking nor causing any threats, we can continue enjoying our midnight research.