You’re not to think anyone cares about you 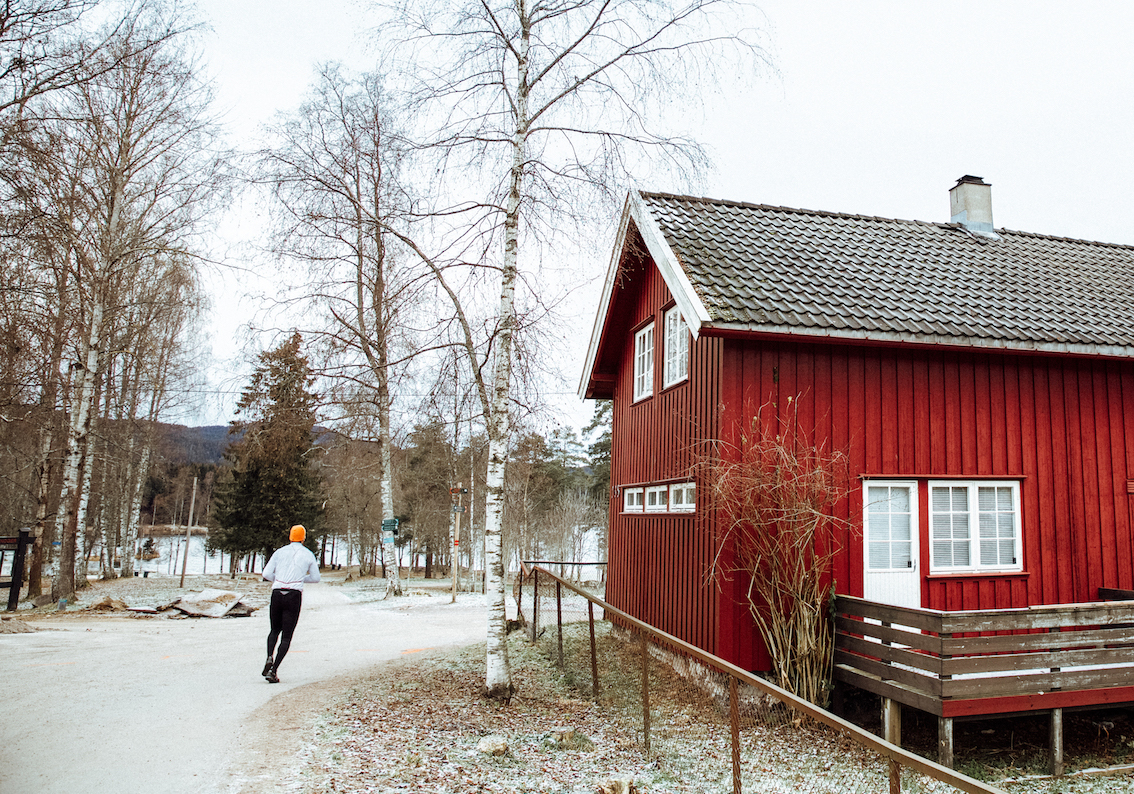 If you’ve ever travelled to Scandinavia, you’ve probably noticed eye contact is not a thing.

And I’m not even talking about the kind of eye contact you deeply avoid when commuting on the tube in London; I mean if avoiding eye contact was an Olympic sport, Norway would be raising their gold medals with pride, and Janteloven, not the national anthem, would be playing out loud from the speakers, with each one of the winners chanting to it with their hands clasped to their hearts.

OK, this might not be today’s reality, but Janteloven or the Law of Jante is, indeed, deeply instilled in the Scandinavian culture.

Janteloven was created in 1933 by Ankel Sandemose, a Danish-Norwegian author, in his novel En flykting krysser sitt spor (A Fugitive Crosses His Tracks). In it he wrote ten infamous laws as a description of the culture of small Danish towns at the time, these have been followed and obeyed almost like the ten commandments are for devoted Christians.

Yes, a novel has influenced the culture and thoughts of a whole region for nearly a century. These ten societal rules describe the way Norwegians, and Scandinavians should behave: always putting society ahead of the individual, forgetting about one’s accomplishments and eradicating jealousy.

For some, the ten rules that form this unspoken law are what has shaped Scandinavia into the perfect, cultured and respectful region that it is. However, others feel as these are the burden to a prosperous, cheerful and confident generation.

So, these are the social ‘laws’ influencing Scandinavia, and no, I’m not making them up.

Having been raised in the heated, loving and proud Mediterranean culture, I read these in shock. “You’re not to think anyone cares about you”? Dare to tell that to my grandmother. But that’s the reality of many women growing up in countries like Norway, such as 22-year-old Turi, who at ten-years-old, received the ten laws, framed to hang in her room, from Santa Claus. And she wasn’t on the naughty list.

When asking Turi about her experience growing up with the presence of Janteloven, she shared how socialising with strangers was not a thing —at all. “I think people have in their minds that Norway is such a perfect country that as a citizen you have to be too. So we rather not talk to others and risk having someone else thinking you’re not perfect,” Turi explains while her roommates agree.

One of them adds, to my confusion: “It’s not something we learn in school, or we are taught, we learn it throughout our lives, especially if you grow up in a small town like ourselves.”

They then continued to explain how if, for example, at a family dinner you mentioned your good grade on the latest math’s exam, your parents would call you out by saying “remember Janteloven,” to which one would embarrassedly stop ‘bragging’ about their skills.

After moving to Norway’s capital, Turi noticed the reality — and sadness — of being raised with Janteloven. And, once she left the country to study abroad in the United States, she saw that self-pride was actually a thing not to be judged and, to be honest, pretty empowering.

Turi is not alone in this thought. There is a growing anti-Janteloven movement in Norway as, between many other reasons, they believe that the Law of Jante and its beliefs against one’s own pride is holding the country back from achieving global success.

Surprisingly, Norway is not the only country facing a cultural identity crisis. Many Danish people, especially those who have left the country to travel, also feel its time for a cultural shift.

Sofie is a 21 year-old raised in the small Danish town of Fredericia, whose population is less than 40,000 inhabitants, and when the subject is raised, there is a sense of embarrassment. After being asked if she has heard about Janteloven, she laughed: “Of course I heard of it. There is even a rumour going around that the ten norms are, actually, based on my town.”

Growing up with it was a struggle, to say the least, for Sofie, whose confidence was deeply affected by the overall judgment at school. She says that it affects even the small things, like having to choose to wear a red jacket or a black one.

Sofie recently decided to take time out to travel South East Asia, where her views and perspective changed. “I fell in love with travelling. People don’t judge you.” During her months in countries like Indonesia and Japan, she realised how much she liked to listen people talk about themselves, their experiences and their plans and goals.

“At the beginning, I felt very uncomfortable when people talked about themselves in front of me. It was not something I was used to. But, slowly, I realised how awesome it was to be and feel confident.”

Before travelling, Sofie decided to close her Instagram account as sharing her experience and happiness with others might make her friends feel bad, and she didn’t want that. “Besides, I didn’t want people to judge me for sharing what I was doing. But when I came back from travelling, I opened it again as I saw that other backpackers were doing it, and sharing my experience doesn’t mean I should be judged.”

After speaking with both Turi and Sofie, I began to wonder if the Law of Jante maybe had to do with gender. After interviewing Petter, a 24-year-old from a small island off the coast of Bergen, Norway, I realised it might affect women’s confidence more, but the culture behind it was genderless.

“Of course everybody has heard of it when growing up. It’s mentioned at schools, and in cartoons, you grow up with the culture of it.” I have not heard about schools teaching it, so I questioned if it had to do with the small town he was raised in. He told me that his home town, Sotra, had a population of around 30,000, and remembered Turi’s roommate’s words: “the smaller the town, the more intense it is.”

However, he doesn’t see it as rules or norms to follow, he understands it as part of the culture and “just how Norwegians are.” Petter thinks he was fortunate to have had the opportunity to travel and open his mind to new perspectives. “I see my friends back home, and they are all living the typical Norwegian life. They have jobs such as mechanics or electricians, have kids, and their own house. All by the age of 23. I didn’t want to live that kind of life. It didn’t motivate me.”

Although widely criticised, many young Norwegians are inspired by the outspoken personality of cross-country skier and double Olympic champion, Petter Northug, who uses his platform to, unintentionally, encourage young people to believe in themselves and be proud of their achievements.

During an interview with TV-2, the largest commercial television broadcaster in Norway, Petter read out loud the ten rules and couldn’t keep a straight face. At the end of the video, he scrunches the paper he was reading from and throws it away with despise. He even changed his Instagram username for ‘Jantelov1’ (1 being pronounced ‘en’ in Norwegian).

Although there is a growing movement of young Norwegians, and Scandinavians, wanting the Janteloven-instilled culture they grew up in, some people genuinely believe in the benefits of having a community-first societal norm.

Like Ellen Barry, who would rather sacrifice her own pride for the community: “I think it is wise to continue Janteloven, if for no other reason, for the value of goodness it has fostered, especially in light of the violence, greed, pride, darkness and corruption that is so prevalent in other cultures, and growing throughout the world. What a great lesson in humility, compassion and peace Norway has become. I’ll take that Janteloven for my community any day!”

On a blog discussion about the uprising opposition of the Law of Jante, Reidar compares the community-first Scandinavian culture with the proud American one.

“What we see in the USA is the polar opposite, but frequently at unhealthy levels. Everybody is taught to look after themselves, and individualism is extreme. If you fail, it was your fault. If you succeed, good on you, it was never luck, or because you had opportunities, others did not have. Narcissism is more widely accepted, as reflected by a presidential candidate who has a level of narcissism which everywhere else would be considered sick.”

So, why not keep the many positive qualities of Janteloven, such as equality with your neighbours, modesty and the sense of belonging to a community and encourage, at the same time, courage, confidence and self-esteem?

“This new generation is going to make a change. With social media, young people are opening their minds to new cultures and perspectives,” Petter told me.

And, if your confidence or self-esteem is ever in jeopardy just do as Sofie: say “Fuck Janteloven” and wear that red jacket.