Tackling the plastic problem by the straw 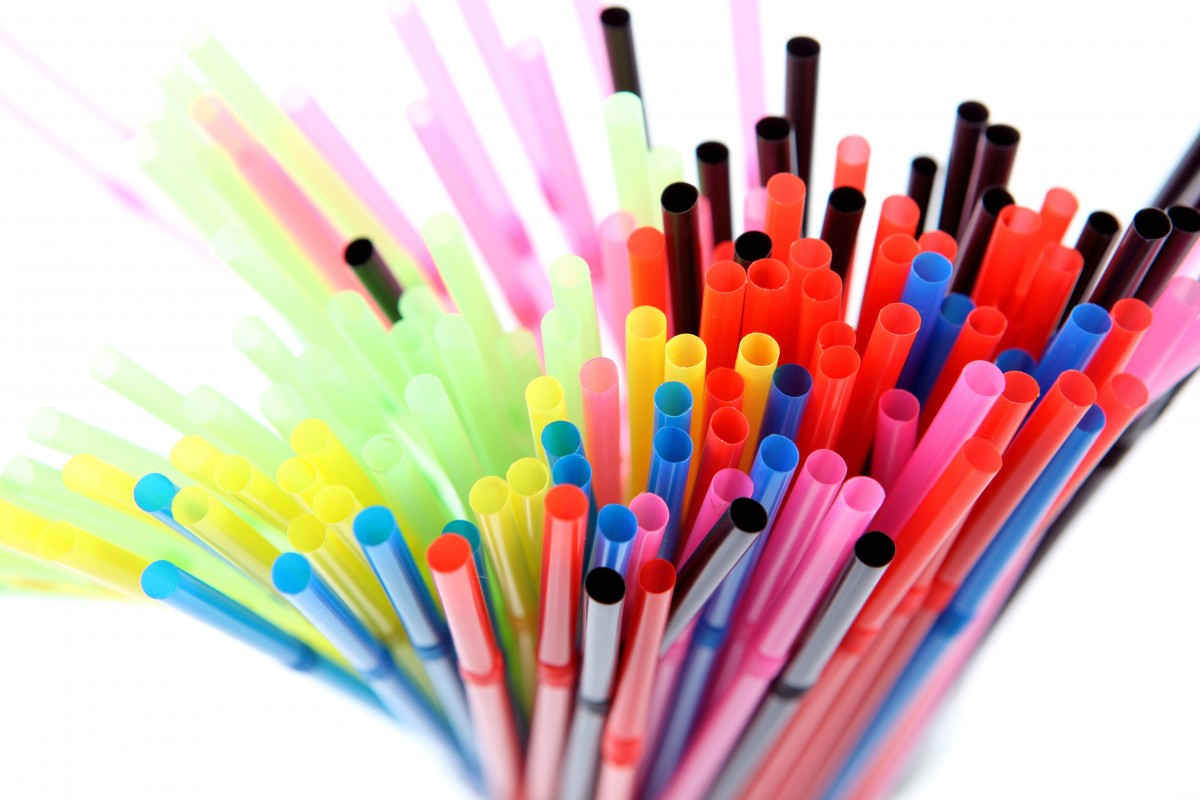 Every day millions of plastic straws are used once and disregarded without a single thought to where they will end up. In 2017, David Attenborough’s Blue Planet II series highlighted the reality of the impact that plastic has on our environment, especially in our oceans.

The BBC series revealed that eight million tonnes of plastic end up in the ocean each year and is having detrimental effects on the sea life below the surface. The story that shocked its 11 million viewers showed a whale carrying its dead newborn around for days, suggesting that it was toxic milk that was the cause of its death.

Since then, a wave of images and videos have been invading every social media platform featuring seas of plastic covering the ocean, generating widespread awareness and making people think a little more about their waste. 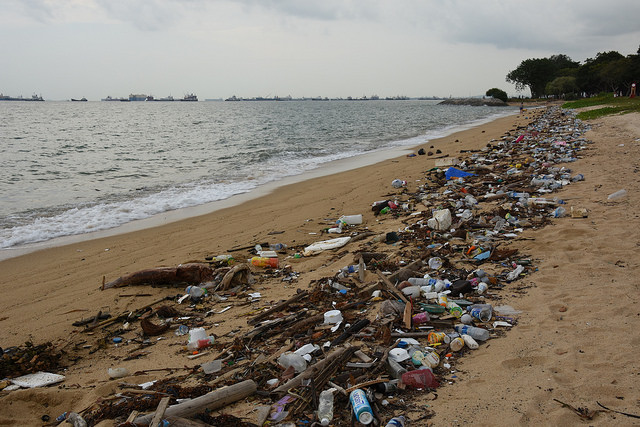 Masses of plastic waste on our beaches [Flickr:Vaidehi Shah]

A study conducted by scientists at Ghent University in Belgium revealed that shellfish lovers are eating up to 11,000 plastic fragments in their seafood each year.

But it isn’t just appearing in our oceans, the River Tame in Denton, Manchester has recorded 517,000 particles of microplastic per m2- the highest recorded anywhere in the world. According to Nature Geoscience, higher concentrations of microplastic are found in river and lake sediments, compared to beaches.

On average around 400 million tonnes of plastic is produced annually. It is estimated that 40 per cent of it is disposed of after a single use, from straws to cutlery and bottles; with straws being the fifth most washed up rubbish on our beaches. It has taken decades for people to begin to realise the consequences of this – until now.

So far this year, discussions in the UK have begun to reduce the consumption of unnecessary plastic and ban single-use plastic items, including plastic straws.

In January, the Prime Minister, Theresa May, pledged to eradicate all excessive plastic within a 25-year time frame. Environment Secretary Michael Gove made a statement last month expressing that the government are currently exploring the ban of plastic straws.

A spokesperson for Defra, the Department for Environment, Food and Rural Affairs, also said: “We are committed through our 25-year environment plan to eliminating avoidable plastic altogether by the end of 2042 so we can leave our planet in a better state than we found it. We are exploring a range of options, and have already introduced a world-leading ban on microbeads, and set out plans to extend the 5p plastic bag charge, improve recycling rates and explore plastic free aisles in supermarkets.”

Although various options are being discussed within parliament, several restaurant chains, bars and cafes are moving faster by removing plastic straws from their venues – from Costa Coffee to JD Weatherspoon’s, Deltic Group and Carluccio’s to name a few.

Ku Bar, one of London’s gay bars has also committed to making a change by transitioning their current plastic straws to more environmentally friendly paper and biodegradable alternatives.

Peter Friscuolo, manager of the Light Lounge cocktail bar, one of the five venues owned by Ku Bar revealed that they use around 300,000 plastic straws a year in their 100-person capacity venue: “We use straws partly for decorative purposes for most of our cocktails, and sometimes people don’t even use or want them. By opting for paper versions, the decorative function still exists through the range of colours available, and at the same time we are still promoting a cleaner environment,” he said.

“It’s crazy to see how such a small thing can create so much damage to our planet, especially in the ocean. I think that some companies are still reluctant as paper straws cost twice as much as plastic ones, but we can’t put a price on saving the environment. Instead of waiting for the government to enforce the ban on plastic straws, we are making what changes we can now to make a difference.”

Wahaca, a Mexican food restaurant chain disclosed that in 2017 alone they used 1.9 million straws and aim at doing more than just changing their plastic straws in a bid to be as environmentally efficient as possible.

A representative of Wahaca told Artefact that: “Last year, we started the fight against plastic with the launch of our Wahaca Test Kitchen in Shoreditch, London, which trialled on a no-straw policy. Following the success of that and great feedback from our customers, we have chosen to roll out this initiative nationwide from 2018.”

Not only have they opted for biodegradable, compostable straws that are approximately four times the cost of plastic straws, but they also train their team to work as sustainably as possible. “In 2016 Wahaca was certified as having a net zero carbon footprint. When it comes to sustainability and single-use plastics, avoiding usage in the first place is the best thing you can do.”

It seems that businesses are taking the moral high ground and changing their plastic using ways without any force from the government. But if the official ban on single-use plastic isn’t going to be introduced for another 25 years, with two per cent of our plastic waste headed into the oceans each year, will its effects already be irreversible?