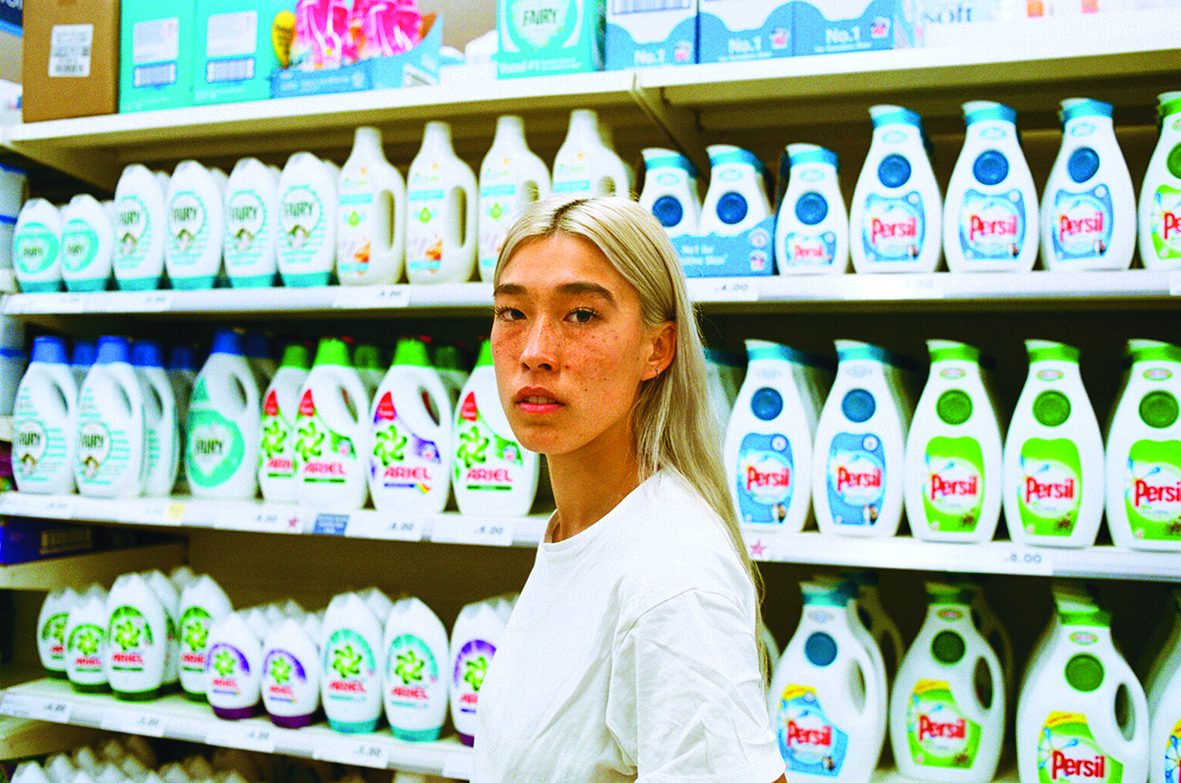 “I was paying you a compliment!”

If all this sounds familiar, you are probably someone who has experienced sexual harassment – and you’re not alone.

In a 2016 study 85% of female participants between the ages of 18 and 24 reported having received unwanted sexual attention from male strangers in public. Cheer Up Luv is a project that gives women a platform to share their own experiences of sexual harassment, aiming to expose society’s tendency to skirt the issue, and ultimately to raise awareness on the topic.

Launched in 2017 by 23-year-old photographer Eliza Hatch, Cheer Up Luv is a project that documents different women’s personal stories through the medium of photography. The stark, powerful portraits have the subjects looking directly into the camera, coming in direct contrast with the stories of vulnerability and discomfort they share.

A London native, Eliza cites the project as “the culmination of [her] lifelong experiences” of street harassment and was inspired to start it after a specific incident where a man on the street told her to cheer up. “I just felt this huge array of emotions at the same time. I felt guilty for not looking happy, self-conscious about my appearance, angry that this man just told me what to do and say and feel and look…”

“I went to my friends’ house and I told them this and we ended up sexual harassment story-swapping for hours, talking about it like it was the most normal thing in the world.” This is where she noticed that while she and her female friends experienced harassment regularly and had come to normalize it, men they knew seemed unable to sympathise, shocked at the extent to which this had become a part of their friends’ lives.

“From that conversation I just realized it wasn’t just the fact that sexual harassment was happening itself, it was just this complete lack of awareness surrounding the issue.” In a wider sense this reflects the general public’s responses to sexual harassment; whether it’s called “human nature” or “office banter”, women have been conditioned to accept (and expect) harassment as something normal and unavoidable.

Eliza started Cheer Up Luv on Instagram in early 2017, initially only taking pictures of her immediate circle. Soon she started asking more and more people to share their experiences and was surprised to discover how common sexual harassment actually is. “I didn’t know it was something that was widely experienced by women, but the more I started asking this question the more and more responses I got. Once I realized I had only scratched the surface, the project just sort of snowballed from there.”

She was soon flooded with messages from strangers who wanted to get involved with the project.

Just as women from all over the world started reaching out to share their stories, the world was shaken by the sexual misconduct allegations against Harvey Weinstein. 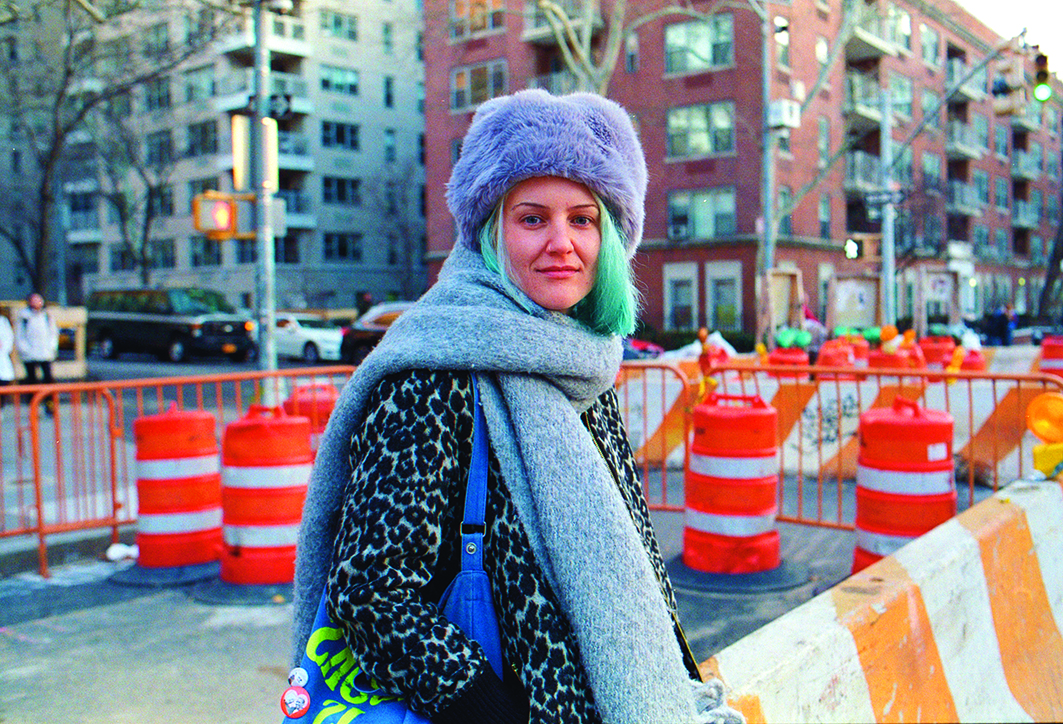 Gail – “I’m a street photographer, and I was shooting signs near a quiet suburban strip mall. Some guy creeped on me, while slowly circling the block. Finally he pulled over next to me while I was packing up my gear, and asked me some photo shit before asking if I liked being in front if the camera. He then suggested I ‘take some fun pictures’ with him and a friend. As I stepped away, shocked I noticed his erect penis was exposed.”

The #MeToo movement followed soon after, exposing how prevalent the issue actually is, and, with it, Cheer Up Luv picked up momentum. “It seemed people had just been stifled up until now. So many of the women who I spoke to would say ‘This is the first time I’ve ever told this story’ or ‘You’re the first person I’ve ever told about this’. I was shocked because this is something that I talk about all the time with my friends so I assumed this is what happens.”

Most of the subjects featured in the project are strangers, but Eliza agrees when I suggest that women tend to find common ground in these experiences even if they don’t know each other. “It’s a shared solidarity in something unfortunate and it brings people together in a really bizarre way.”

She mentions that sometimes the process of photographing someone involves much more than just the photographing, as there’s often a lot of emotional labour involved. “You’re not just having a casual conversation… you’re trying to make her feel safe… and you’re trying to really make sure that her story is going to be handled with care and she’s going to be respected whilst her photo is being taken in a public place and you have to make sure that she’s comfortable. It’s a bit of a process.”

As well-received as the project has been, there’s been a bit of backlash, with some people accusing Eliza of sexism because she only photographs women. At the same time, conversations about sexual harassment made her see how utterly unaware heterosexual men are of the extent of the problem and how women experience it.

“It’s a shared solidarity in something unfortunate and it brings people together in a really bizarre way.”

“The most common response is ‘I get harassed by girls all the time at clubs and in bars, it’s so annoying!’ So I’m like, ‘All right, fair enough, did you ever feel like a situation could have escalated? Did you ever feel like you could have been powerless or out of control of a situation? Did you ever feel like you were not the main one in control? Did you ever think that you might get raped?’ And they always say ‘No, no…’ And then in all these conversations I’ve had with men I’ve had to say, ‘Do you ever walk home with your keys in your hand? Have you ever had to plan your journey home? Have you ever had to not take a certain road home?’ And the answer’s always ‘No, I’ve never had to do that.’ For me, that’s where the fundamental difference is – it really comes down to the small differences that make up your everyday routine and the way that you have to live your life – and that’s different from a girl harassing you in a club. Danger is always looming and you can’t say the same thing for straight men.”

Being harassed can make someone feel ashamed, and that they have no autonomy over their looks. The generally nonchalant attitude surrounding the issue is no help to those who were unlucky enough to find themselves in situations that escalated to assault, forced to silently bear the burden of their experiences.

Cheer Up Luv is doing far more than simply raising awareness; it subverts this vulnerability, turning the male gaze on itself and offering a safe space where women are believed, empowered and supported.

Since starting Cheer Up Luv, Eliza estimates that she has photographed close to 100 people. Apart from London, where she started, she has photographed women in New York and Tokyo, and is hoping to travel more so that she can collect more stories. She is currently planning a book to commemorate the project’s maiden year.