The trials of transgender teens 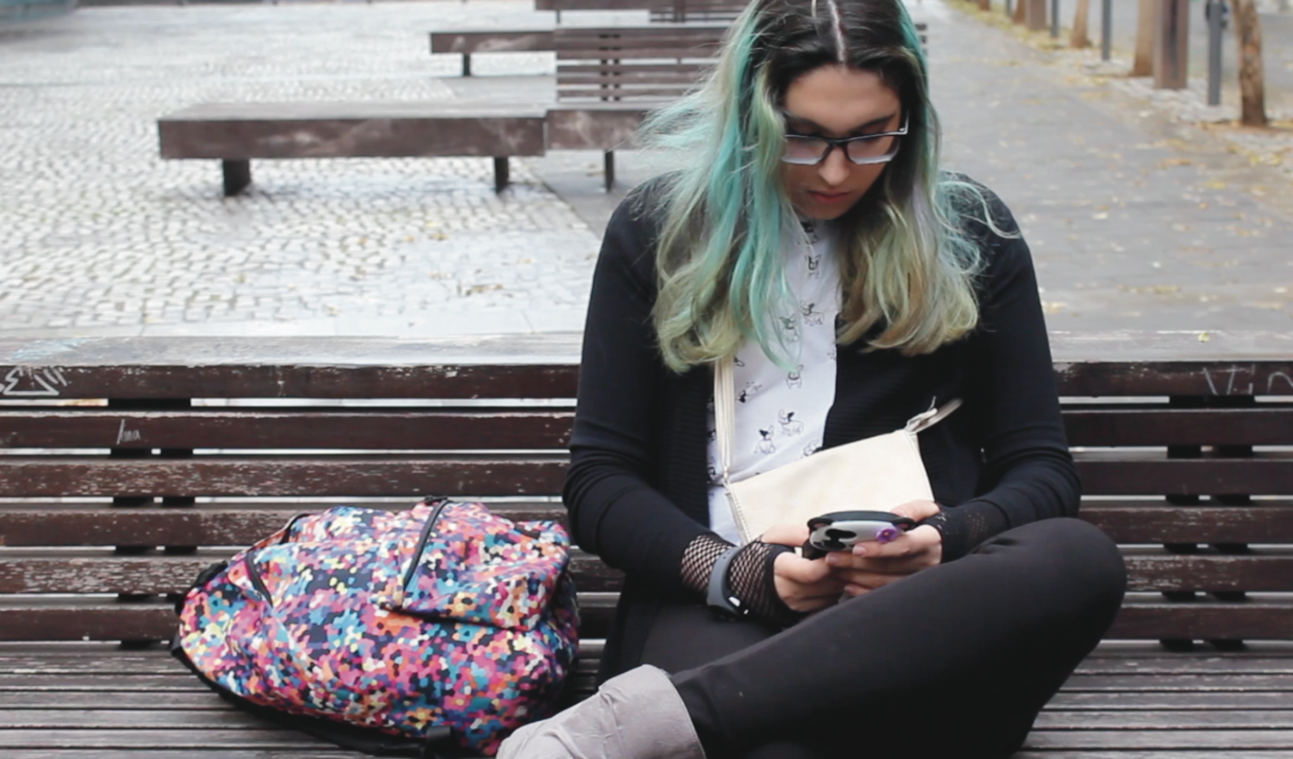 “Three months after I told my family that I was a girl, not a boy, I stopped talking. I didn’t talk to anyone, it was like living but without doing it. My body was there but not the soul. One night I took 60 pills because I didn’t want to live anymore”.

Raquel Barrios is a 16- year- old transgender girl born in Gran Canaria, Canary Islands. She was bullied at school since she was a child. The constant harassment was one of the reasons why she wanted to die.

According to a study conducted by the World Health Organization, someone who is transexual is three times likely to be bullied than someone who isn’t.

For Raquel, one of the consequences of being bullied was that she had to move from Gran Canaria to Manresa, Catalonia. At such a young age she has gone through depression, anorexia, bullying, sexual abuse and multiple suicide attempts.

“When a baby is born, society gives him one gender only according to their genitals, but the sexual identity is on the brain, not in the body” said David Tello, one of the founders of Chrysallis Catalunya.

Chrysallis is an association of families that have underaged transsexual kids. The association was founded in July 2013 when a group of mothers and fathers with transsexual daughters and sons, wanted to be united in this, in order to help each other and also help other families that are going through the same situation.

Tello says that the objective of the association is to “make visible their reality, promote and share the rights of the infancy and adolescence trans in all fields: sanitary, education, legal, social, cultural and in sports”.

In order to prevent situations like Raquel’s and other children from happening again the spanish autonomous communities have introduced new laws to guarantee a better quality of life, especially in schools, from the LGBTQI community. What the new pro LGBTQI policies intend to do, is normalize day-to-day situations of these groups, so that other children learn to tolerate and embrace diversity.

However, there are organizations like ‘HazteOír’ who don’t agree with this legislation. This association took a bus through the streets of all Spain with ideological messages against transgenders. The organization thinks that these laws are pushing gender ideology in a pretext that favors homosexual people.

What these laws do, according to the organization, opposed to the policies of sexual equality, is “violate some fundamental rights of the citizens, besides establishing new rights on demand for certain groups, breaking the principle of legal equality of people”.

‘HazteOír’ also expressed that establishing laws to protect LGBTQI communities means to adhere to their “ideological current defended by their lobbies and radical feminism”. The organization criticizes pro LGBTQI groups that reject the “biological sex as a differentiating pattern” and maintain that “what is natural, the man-woman binomial, is only a social and cultural convention that must be replaced by the free choice of gender”.

Therefore, organizations against LGBTQI have the belief that when someone leaves the binomial man-woman is for pleasure, by choice, not by a biological factor that determines the sexual orientation of people from the moment they are born.For ‘HazteOír’, to teach the child the ideology of gender and sexual diversity is to indoctrinate in a lie.

“This new dogma has no scientific basis and does not enjoy the social support of the majority,” said HazteOír. They are against the idea that there is something more than man-woman because it disorients children by imposing sexual diversity on them. ‘Hazte Oír’ refuses this idea because “they prioritize sexual indoctrination with public money and hand over the education of children to LGBTQI organizations.”

Since Raquel was a little kid she felt strange playing with other kids. “Why I always had to play with cars when I wanted to play with other girls at ‘fathers and mothers?” I felt like a girl, I didn’t want to play at the typical ‘boys games’.

“In every boy and girl, the conscience of being boy or girl starts at the first year of life” David said. Around the first and the second year of life, kids started to be conscientious about the differences between both genders and before their third birthday they can identify themselves as a girl or a boy.

When the kid identifies itself, starts to have the behaviors associated with boys or girls, depending on the gender which the child is identified with.

“Some behaviors that were observed very frequently before the child reaches school age sometimes become less frequent once the child relates more with their peers in the school environment” explains David.

“This decrease in observed behaviors usually indicates that as he ripened and experiences the criticism of his peers, the child suppresses or disguises some behaviors in order to go unnoticed”.

Not being “normal” like the others, its usually bad seen. For this reason Raquel has been imitating the boys around her childhood, until she told her family who she was and how she felt.

At one time, she tried to commit suicide: “I was lucky enough because my family found me and in the doctors could saved me. This was a turning point; my family realized that I was not joking about who I am and they began to understand me”.

David explained that some parents search for a therapist in order to pretend changing kids’ minds and make them act according to their biological gender. But this only make things worse.

The external pressure of parents, teachers, and therapists is not able to modify the essential characteristics of personality, because temperament and other characteristics are based on early childhood. Even more: causing shame to the child misleads his self-confidence and affects his self-esteem. Due to this, David Tello says that “Chrysallis are energetically opposed to the attitudes and therapies that push the child to change and fits into a stereotype of how they must act”.

American Psychological Association advises that it has no sense to force kids to act according to their biological gender because when the fathers obligates the child to act that way, it causes a fall into depression, behaviour problems, and can lead to suicidal thoughts. That’s what Chrysallis is fighting against.

The family recognized who she was and then arrived the moment that Raquel said to her classmates that she wouldn’t be a boy anymore. She was Raquel Barrios and she was a girl.

“I thought they would understand me, it’s not that difficult to understand, but (it’s) not. I started to suffer psychological and physical bullying. Also sexual harassment. One day some boys cornered me and started to touch my body, they wanted to know what I had (female or male reproductive system). This matter is now in the tribunals. I thought that when I told everyone who I really was I would feel better about my depression, but then I relapsed”.

After that, Raquel and her mother decided to leave their hometown, Gran Canaria, in order to go to Manresa Catalonia, to build a new life where nobody knew of Raquel’s past. Changing homes meant also changing schools.

Before moving to Manresa, the Catalan public television, TV3 decided to make a ‘30 minute’ documentary about transgender kids. The documentary was premiered on television days before Raquel’s arrival and when someone in the school recognized her, everybody started talking about her life.

“At school there were some amazing teachers and others that treated me bad for being transgender. For example, there was one teacher that decided that I wasn’t going to the end of the course trip to Bilbao because I was sad about what was happening in my life, and also because I’m transgender. That teacher couldn’t say it because his job was at stake, but he told me several times that I wasn’t going to the trip because I was transgender and he didn’t want to take care of me”.

Because of that, Raquel left school because she didn’t feel comfortable. At that moment she got into a really big depression with several suicide attempts and anorexia, the reason she had to enter a day hospital.

“The day Hospital was in Manresa and I had to go there from Monday to Friday, everyday. The initial diagnostic was self-injury, depression and suicide attempts. In summer time the hospital in Manresa closed, I (felt) bad and I didn’t have (a) follow-up. I got worse. I spent three months without eating anything but then I started eating 50 calories per day.”

Because of Raquel’s decline in health, she was admited to Hospital Clínic Barcelona where she was treated very well.

“After that, they moved me to another Hospital in Sant Boi that it was managed by nuns. I spent there the worse four month of my life, it was like a punishment. I don’t have any problems with religion while they respect me, and that’s what they didn’t do. I had many problems during that months”.

It’s important that everybody knows that the variant gender behaviors are not caused by the way parents treat their kids or for childhood events, such as divorce, sexual abuse or other traumatic experiences. David explains these variant gender behaviors, “It’s only something innate in every kid, they are not caused by a mental disorder or psychological conflict; However, due to the social prejudices, these children experience rejection, criticism and mistreatment, acts that can predispose to psychological difficulties”.

Once Raquel was out of the hospital she tried to recover from everything that happened to her. She decided to continue with her studies, but from home, without school. Now she gives talks around Catalonia and Spain explaining to the others her experience and, above all, to differentiate between sex and gender.

In Chrysallis they consider transexuality as a form of human diversity, not as pathology. That’s why they started this road where more and more families are joining everyday in order to give support to their sons and daughters.

The organization also gives talks to families and also supports the kids, they pretend to normalize this situation, encourage trans kids and promote the rights of every child but above all, is focused in helping the parents to deal with this situation. “Without the support of parents, the child may believe that he deserves to be stigmatized”, David said, “To counteract the negative effects of social stigma, parents must show an affirmative attitude. They must inform the child that they accept it and respect it as it is”.

“What you have between your legs is your sex, but the gender is who you are and what defines you about the person you are inside the society. Your body isn’t related about who you are”.