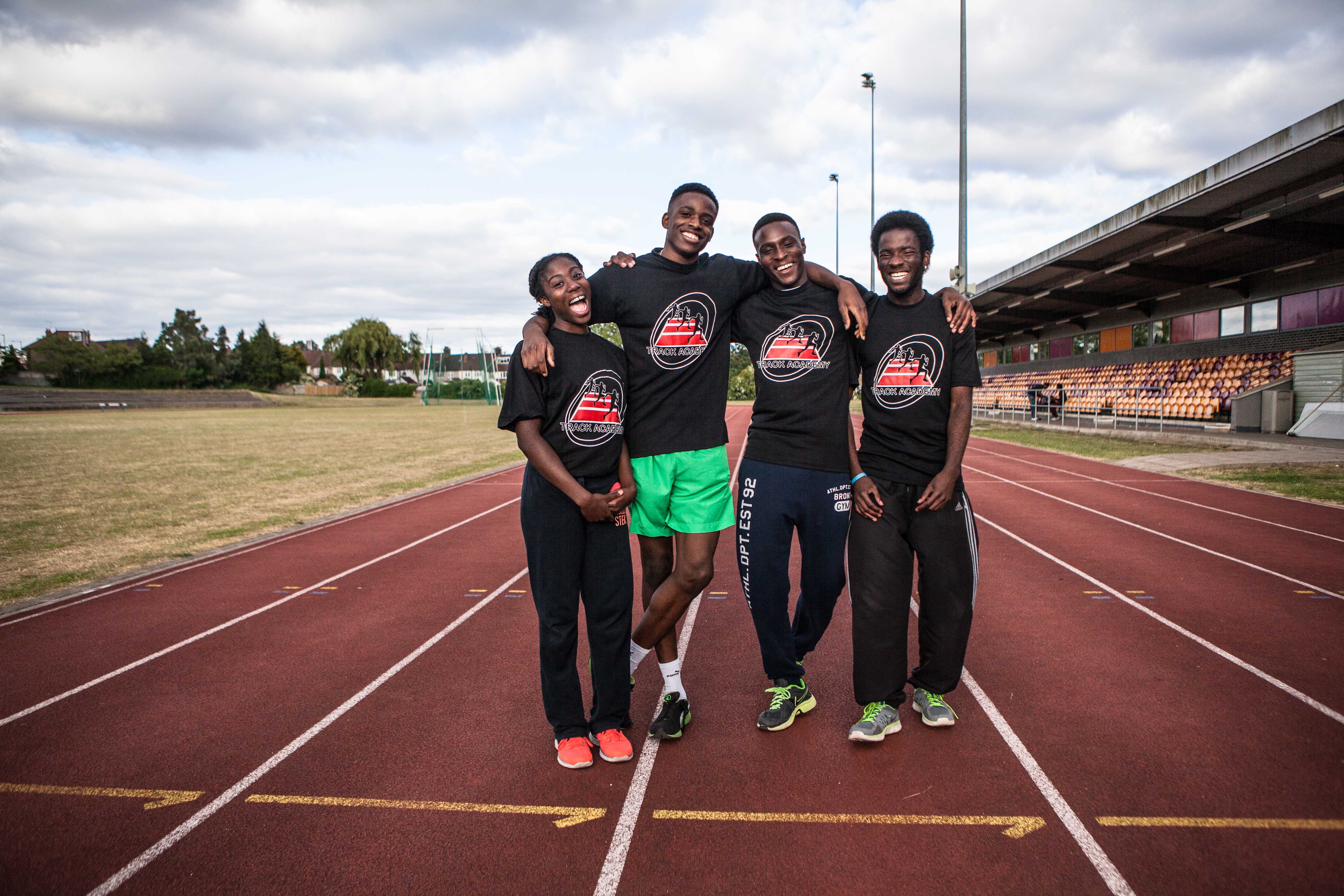 The London Borough of Brent is one of the most multicultural in the capital, yet it is plagued with many social inequalities that seem to be endemic in major cities around the world.

One of the most recognised ways to literally level the playing field is sport, hence the creation of Connie Henry’s Track Academy – a charity that champions sport for social change.

The aim of the academy is to create ‘positive leaders of tomorrow’ whilst claiming sporting achievements are only a by-product of what they are doing. The use of education and mentoring alongside training is unique to Track Academy, allowing them to develop other areas of young people’s lives in the community. 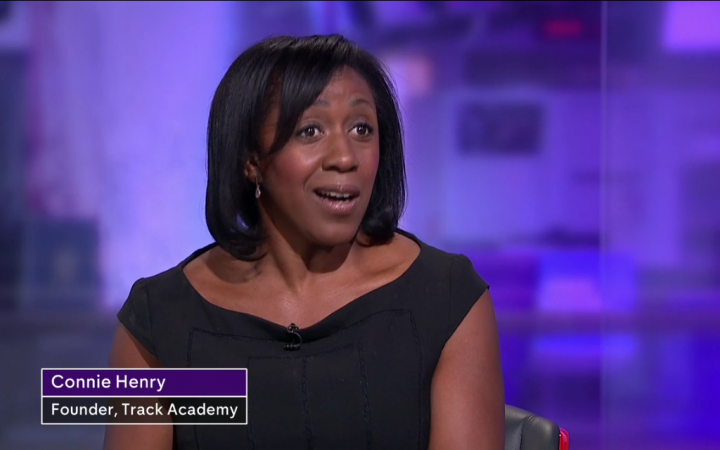 Connie Henry created Track Academy in 2007 under the name Willesden Junior Athletic Squad. Now renamed as Track Academy, its name resonates among the athletic community both elite and amateur. In the 10 years it has been running, it has seen supporters such as Lord Sebastian Coe and Michael Johnson, former 200m and 400m world record holder, and has had Olympic-level coaches such as Tony Jarrett and Clarence Callender.

Not only that but it has also churned out a significant number of athletes who have later gone on to compete at an international such as Amar Aichoun, Confidence Lawson and Annie Tagoe.

Janice Zeniou, the Education and Mentoring Co-Ordinator at Track Academy, was able to give us a glance of Track Academy as a bigger picture. After first joining through a music inclusion programme in 2012, she decided the idea of giving student-athletes life skills that may not get anywhere else was something she really wanted to get involved with.

Janice tells me her aim as Education and Mentoring Co-ordinator is “to ensure that all young people are supported not only in their athletics but also in their school life and home life; it is all about personal development.” She added that they try and mentor all kids that come through their doors, whether that one-to-one mentoring or group mentoring.

“There is such a shortage of community projects which are affordable and take place in a safe place, Track Academy provides that a very subsidised rate, alongside the mentoring and the educational support, it is highly accessible for people in the area,” she told me. 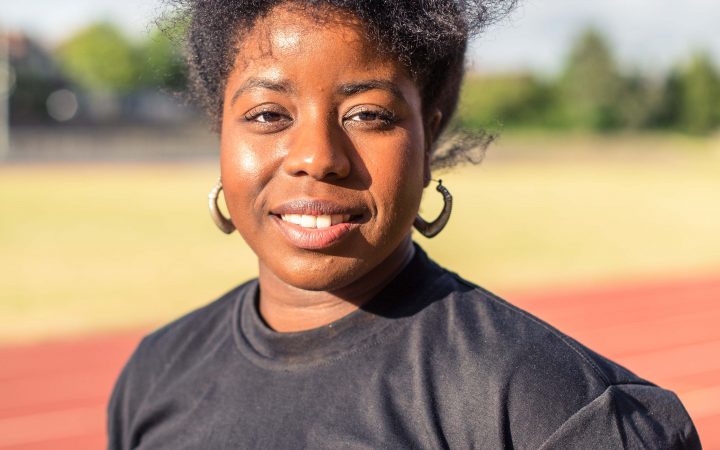 Janice also highlighted to me that Track Academy is giving young people a place to hang out other than the streets, though many can afford to send their children to more expensive clubs such as gymnastics, there is still a huge number of parents that need something like Track Academy too.

Within London, the borough of Brent has one of the top ten stop-and-search rates according to the Metropolitan Police crime dashboard. In the past two years, Brent has seen a plethora of stabbings and other violent crimes amongst youths and gangs. Most notably the stabbing of Quamari Barnes, a schoolboy killed yards away from his school gate on January 23, 2017. A killing that sent ripples through the community and highlighted the need for a charity such as this.

According to a report released by Brent Council in 2013, the risk factors for young people to susceptible to gang culture include; being you and male, family breakdown and dysfunction, lack of positive role models, poor educational attainment, living in an area with an established gang problem and more. These are the factors that Track Academy are trying to identify and tackle.

Whilst at Track Academy, I was able to talk to two of the senior athletes, Venus Benjamin-Maclean and Amar Aichoun, that are now coaching the younger generation whilst training themselves. Talking to Venus she explained how inspired she was to join Track Academy in 2012, at the age of 14, because of the Olympics that were being held here in London. She confided in me that at the age of 14 she first found the education and mentoring side of Track Academy to be quite annoying, looking back she understands how important it is to have had more than just a ‘coach’. “It was a real 360 approach,” she added.

“Help in our community is needed, young people need to know that gang culture is not the only route for them; there are other ways for them to spend their time.” Venus highlighted Connie Henry as one of her biggest mentors when she was a student-athlete at Track Academy, she commended her for taking the time to pull her aside and invest real time into her personal development. 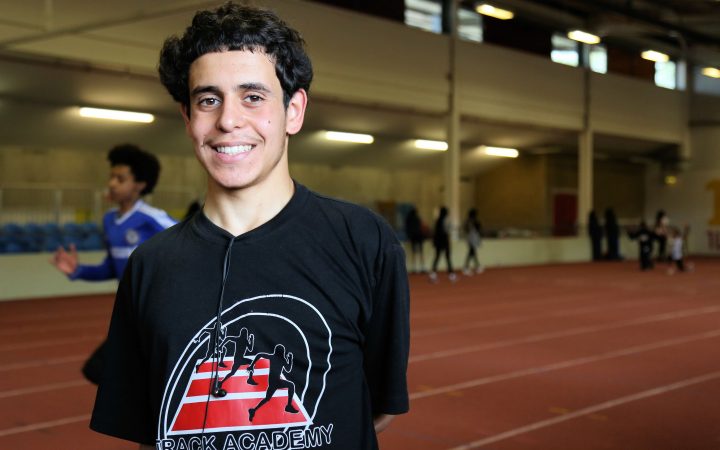 Amar described a similar experience of Track Academy, before joining in 2013 he had been quite successful at borough level competitions. Now, Amar is competing at an international level, and he most recently represented Great Britain in the Commonwealth Games.

He emphasised how important Track Academy’s mentoring scheme is to him: “In Brent, I feel as though the youth need mentors, they need help because crime rates and gang rates are increasing,” he said. “Young people don’t know what they are getting themselves involved in.”

Whilst talking to Amar he explained that he also did not have a mentor assigned to him but over the years he felt he was able to confide in his coach a lot of the time and this was a consensus within the majority of the training groups.

“My most rewarding experience at Track Academy has been becoming a coach, working with the multi-skills athletes and even the older mainstream groups. It has helped me to identify, appreciate and understand a lot of characters, it has been one of the best experiences for me.”

Sport is a huge factor in the social well-being and promotion of a healthy lifestyle among young people. According to an article in the European Physical Education Review, there are several factors as to why young people drop out of sports at a young age; lower household income, first language at home is non-English, lower parental education and the child is not taken to sporting events.

In an attempt to make a difference in the statistics, for the last four years, Track Academy has been running an indoor and outdoor athletic competition. It is held at the community sports centre in Willesden, to get people in the community more involved in sports and they are planning their annual indoor sprint challenge on December 22, 2018.