The speed of Tottenham’s sound 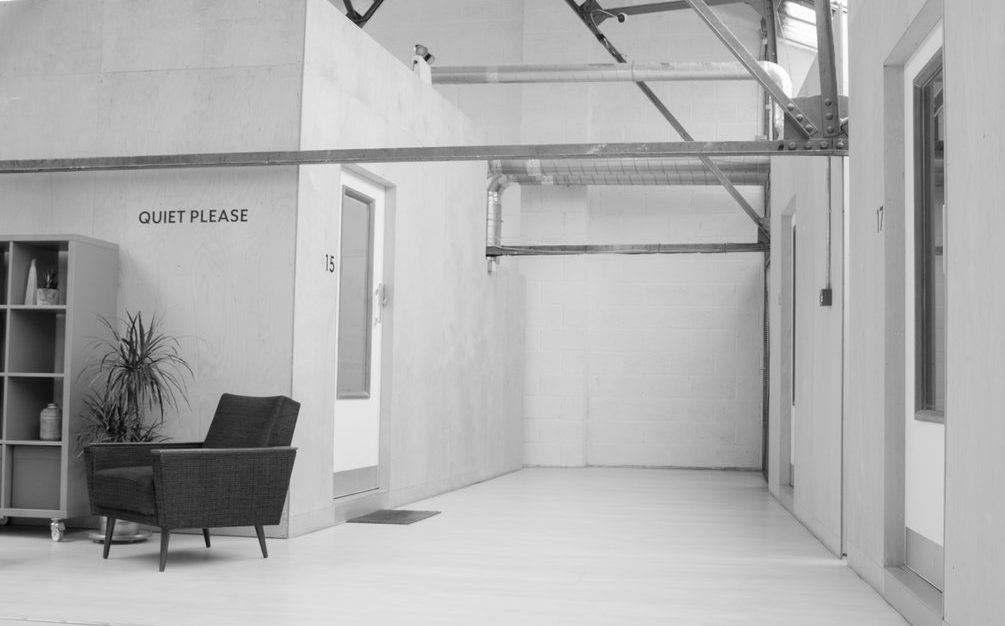 Over in Tottenham’s warehouse district, heavy rubble clunks inside steel trucks and the sound of power saws chopping timber sear the air. Whilst men in high-vis jackets organise their bacon rolls around the morning traffic, the only thing seemingly silent is Ten87 Studios.

However, for the past four years, Ten87 studios has been providing some of London’s greatest music producers with the tools to make as much noise as possible, although for now, the names of musicians, some award-winning, have to remain undisclosed.

On October 11, 2018, Ten87 Studios and architects KVIST were praised for their contribution to industry and community,  receiving the award for creating the best non-residential building at the Haringey Design Awards 2018.

The Ten87 Studios complex comprises 45 studios spread over three warehouses. The second warehouse also includes the latest addition to London’s surviving club roster, Five Miles, which also has a restaurant and micro-brewery. Five Miles has had a successful first year and is set to be at the heart of a creative colony growing in Seven Sisters.

The Haringey Design Awards are a bi-annual recognition of the efforts made by architects and property developers across the borough. Founder and Director of Ten87, Rob Burn, told Artefact: “It’s really nice to be acknowledged for something that you’ve spent such a long time on, executing and planning this has been a big chunk of our lives”. 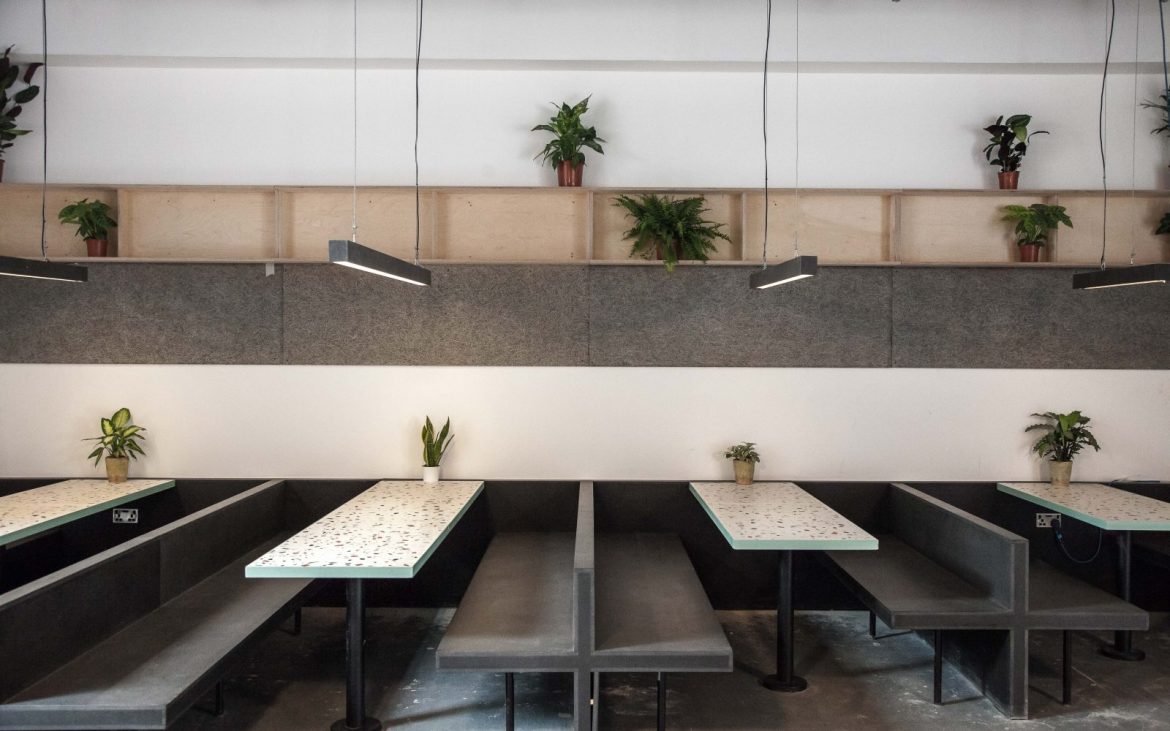 Christine Skarr, Director at KVIST Design Ltd said, “We worked really closely with the council on the project so for them to recognise our contribution to the area is brilliant, because we want to do good projects for good clients, that have a good impact and I think that’s what the buildings achieved.”

Skarr points out the project was “like being back at university”, collaborating with passionate acoustic experts over coffee and cake crediting Peter Rodgers from Sustainable Acoustics, Mark Ringshall from Green Door Building Control, Atelier 10 M&E, and Jonathan Parks structures.

It was unlike any project KVIST had encountered, Skarr adds: “There was a tight budget from the outset and the building leaked; it’s got an asbestos roof, single-glazing, so we had to come up with out-of-the-box solutions. There were moments we were all tearing our hair out, but it’s been a real pleasure to work on, you get to challenge what your standard response would be, it really did force us to think outside the box and think things out as a team.”

The building was also nominated for the award best regeneration and best construction. They even beat Haringey’s own project, Blue House Yard – a jazzy, beach-hut-like set of pop-up shops by Wood Green station which, although aesthetically pleasing against the towering office blocks, lacked the pioneering vision of the creative community on Markfield Road.

Burn explains: “Business is always done outside of the studio, that’s why it’s so important to have the centralised location here at Five Miles.” When deciding who to share the second site with, Rob asked former owners of Dalston-club, The Alibi, if they wanted to build a cafe. After a promising chat with the council and one of the four owners of Five Miles, Mark Hislop, they negotiated they create a club space.

Mark, as-well having a love for clubs, is a fan of Tottenham’s growing brewery scene, wanted to start a micro-brewery in a shipping container behind the club. Co-owner and DJ, Deano Jo told Culture Trip in April: “We’re talking about getting another shipping container so we can make more beer but, apart from that, we are stretched to our absolute limit.”

It’s clear that without the passions of the four co-owners, Five Miles would never have made the impact it’s had so far. In Rob’s words: “Five Miles have put a huge of effort, time and money to make this happen, they are at the heart of the building, so a big props to them.”

During the day Five Miles has the welcoming atmosphere of a micro-brewery warmed by the smell of carrot soup, with lo-fi hip-hop filling the gaps of creative conversations.

By night, the carefully designed club room makes it an immersive experience any lover of electronic music needs to witness – making it into the Evening Standard’s best small clubs. “The tricky bit was designing the studio space around that, but they’re operational whilst the club is going on which was a real design and acoustic nightmare” Rob backtracks.

Lots of concrete separates the club and studios/work spaces above, yet they are seamlessly connected through the subtle design and minimalistic openness.

It is Ten87’s encouragement on collaboration that is key to their ambition for this corner in North London. Rapper and producer OthaSoul, who just moved into the new third site, said: “there’ll be a good community up here now, people helping each other out, don’t get that often.”

Ten87 has also hosted community pop-up studio ‘Record Shop’, in collaboration with Red Bull for ‘Tottenham Creates’ towards the end of this summer. 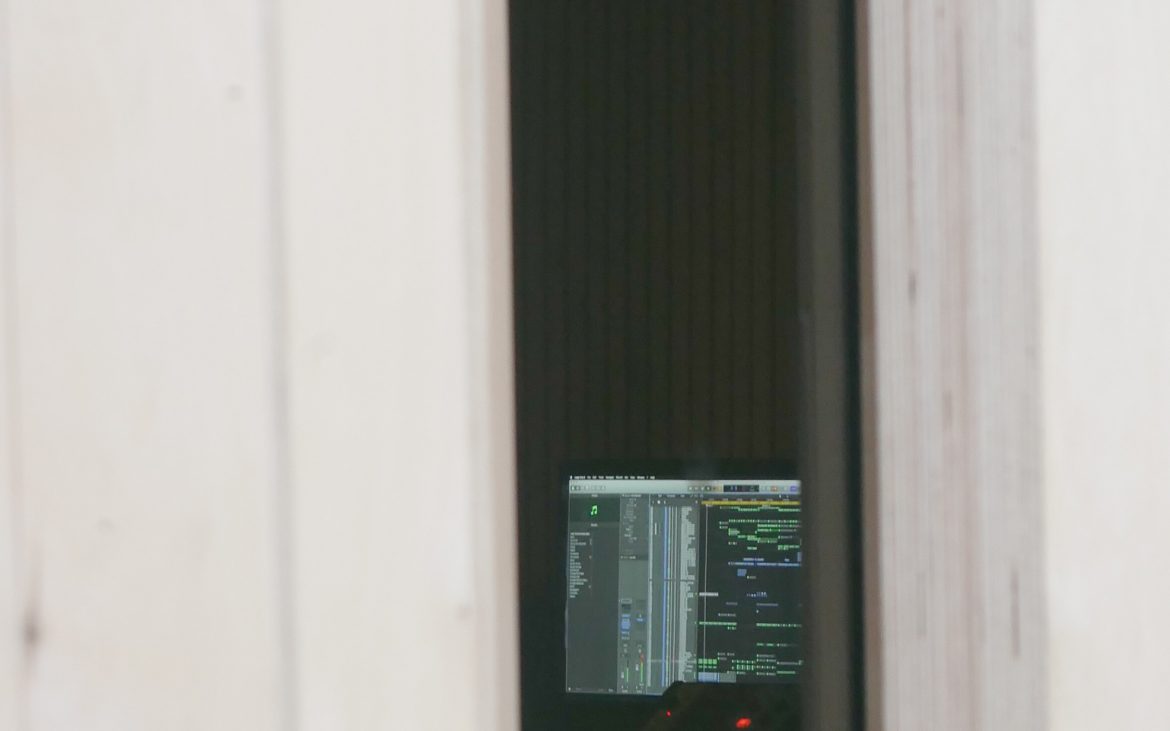 A sneak peek at some work in progress [Elliott Nielson]

Rob and friend Steph Smith found it impossible to find well-soundproofed studios four years ago, so they had to build their own. “There was a real need for it, that’s why we put our musical careers on hold and built the first space,” says Rob, in reference to the initial site.

Rob humbly puts it down to luck, not their business plan, that funding for the project eventually came from the London Small Business Centre – an EU development fund. The Centre plus the mentor that came with that, Jeff Gilbert, then convinced The Arts Council to help fund the plan for Ten87 Studios, and within little time Grammy-nominated producers were leasing out the studios. Haringey’s Opportunity Investment Fund also supported their move onto the second site; they received a second OIF loan which has helped the recent move onto their third site.

According to Music News, culture and the creative industries contribute £47 billion to London’s economy every year and account for one-in-six jobs in the capital. The music business, as with any other industry, has seen unpredictable change over the last few years.

Reduced costs in recording equipment and computer software, now available via torrenting sites, has afforded a tsunami of musicians to flood streaming sites with waves of sound. However, these influential changes along with the increasing cost of owning space in London has caused most traditional studios to close their doors. 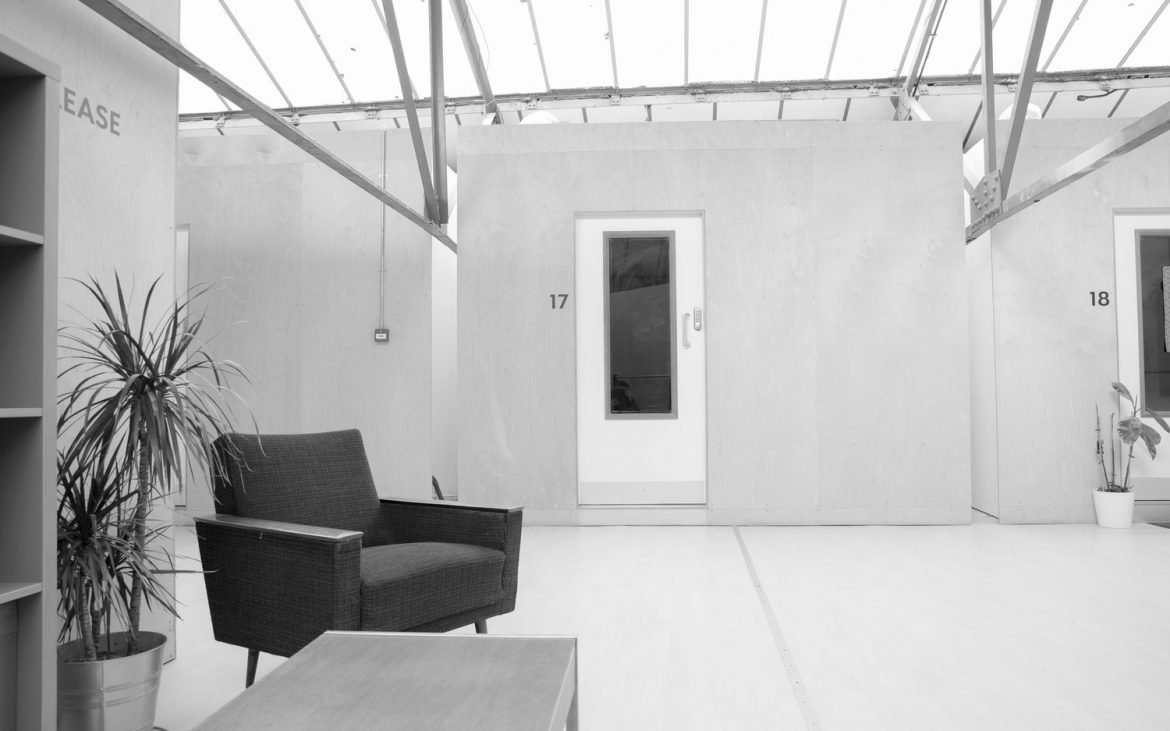 In March, London’s mayor Sadiq Khan said: “Grassroots venues are the foundation of the capital’s successful music industry – they are the places where the stars of tomorrow hone their talent and build their reputation.”

The Haringey Design awards overall winner was the Theatre at Alexander Palace, London’s oldest new Theatre, which after 80 years of being closed to the public. Councillor Joseph Ejiofor, Leader of Haringey Council, said: “We were very lucky to have so many good examples of exciting and innovative design to choose from. Creativity in Haringey is something to be celebrated and all these projects have had a positive impact on our borough.”

Rob says “as long as electronic music is being made, we will be making studios, we’re planning to put storage container studios in the car park.” It pains Rob to turn away musicians but it happens, every day. He was born in October 1987, 10/87. 1087 is also the speed of sound in feet per second. He is much more invested in this than just from a business perspective.

Ten87 and KVIST won the award not just for their innovative raised-bed studios but their creation of a space to allow more creators to collaborate in the oasis where the River Lea meets the Walthamstow Reservoir.