China, a barren landscape for underground music, has just begun to grow its first crop. Grime, dub, techno and bass are unheard of in many of the cities across the country, but in Shenzhen, just 20 miles north of Hong Kong, the ground is fertile, and among the super clubs and plush venues, the Oil Club has taken root.

Behind a black unmarked door in the club, 26 year-old Manchester-born Katie Cooper plays out grime and bass music to a large crowd of Chinese and international underground heads.

China, 5,959 miles from the roots of DNB (Drum and Bass), bass and grime, is a country where the underground scene is almost non-existent. “This is a culture where guys buy expensive bottles and invite pretty girls to the table, whilst listening to pounding EDM,” Cooper explains.

Cooper packed her bags and moved to China in May 2016, after being made redundant for the third time back in England. She had always been fascinated with China and didn’t feel secure finding a job in the UK anymore.

Cooper moved to the city of Shenzhen because she had a friend there, however, with the underground scene being so hidden, it took her a few weeks before she found anywhere playing Grime, Tech, DNB, bass or dubstep. It was only when she was walking through a busy street full of bars in Shenzhen that she stumbled across a venue playing some techno which she says sounded “pretty good.”

[pullquote align=”right”]“Something special is happening in Shenzhen right now”[/pullquote]She added the DJ from the event on China’s social media networking site ‘We Chat’ and after seeing that he was from London and was also posting links for big Drum and Bass acts heading to Shenzhen from the UK, she thought, “Hey, I think I know what I’m looking for.”

The DJ, Daniel Power, has been cultivating the city’s nightlife for many years. He has his own record label, Unchained, and has been bringing in some of the biggest acts to Shenzhen such as DJ Zinc, Goth-trad, Makoto, Joe Nice, Flava D and Stray.

“Something special is happening in Shenzhen right now,” he says. “Two years ago we would have had about five people at some of our nights, now we have large crowds. We had 300 people attend the night with Zinc.”

Cooper’s interest in DJ-ing actually began at 17, when she got some vinyl decks. Yet It wasn’t until buying some CDJs (compact disc-jockey) in 2017 that her professional career began.

She first played out in January this year and began putting on parties as “There wasn’t enough Grime in Shenzhen.” She now regularly plays grime, bass and garage music in clubs across the city, such as the Oil Club, which opened its doors last November, and, according to Power, has been a major game-changer for Shenzhen.

Grime was homegrown in Britain back in the 00’s, in the soil of 90’s garage and DNB. It was initially spread through pirate radio stations such as Rinse FM, but it was strictly underground. Now, the meaty, 140bpm tracks laced with sharp, choppy lyrics and on point flows finally entered the commercial limelight, and the winds have carried it across Europe and to the U.S, and now to Asian countries like Korea, Japan and China.

“Grime and bass is big in Japan,” Cooper says. She has been touring in Japan for the past few months, playing in well-known clubs in the scene such as Circus in Tokyo, Club Joule in Osaka and Outer Kochi in Kochi, the capital city of the Japanese island of Shikoku. 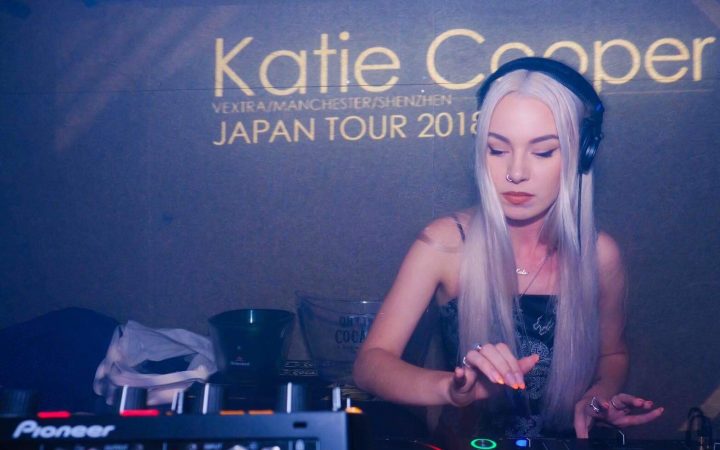 Cooper says that although Japan’s grime scene has global recognition and big artists associated with it, she was surprised to see that they didn’t have the crowds coming to events, and people didn’t dance very much. “In comparison, the kids in China actually come out and check out the music and they really dance like crazy,” she says.

She says that China still does have a long way to go in terms of music. When she ventured out to play in some of the smaller cities, she found the crowd hadn’t even heard of grime music before, they hadn’t heard of dubstep or garage either: “They were just used to hearing crazy EDM.” The reaction from the crowds hearing grime for the first time has been really positive, “I remember one person describing the music I play as beautiful in Mandarin,” she says.

Power explains that a lot of the local kids have not been exposed to music at all, and while big cities like Shanghai, Beijing and Hong Kong have been doing some cool stuff for a while, in most other cities in China this type of music is not existent.

“It’s still almost a blank canvas so to speak,” he says. He wants to push awareness for “the music we all love” and believes this will make a huge impact on China’s music scene.

Cooper after only one year of DJ-ing professionally, now runs her own night called Vextra in Shenzhen, where she mixes tracks produced by both UK and Chinese producers.

Grime is still a very male-dominated genre, even more so in China, where Cooper explains that there are practically no women involved in grime, and while there are a couple of female DJs in Hong Kong who mix in some grime with other genres, they aren’t recognised as grime DJs.

[pullquote align=”right”]“I remember one person describing the music I play as beautiful in Mandarin”[/pullquote]Back in Britain, the scene has been gaining more women in recent times — Shiesty and Lady Fury were female MCs back when grime first started— but now, an influx of female grime DJs such as AJ the DJ, Julie Adenuga and Alia Loren are shaping the music in new ways. Cooper says she loves being part of this and hopes to influence more women in Asia to follow suit.

“I’m lucky to have already met and know some of the most amazing women in underground music both here and back in the UK,” she says, she will continue to support them so they can “keep on shining.”

By day, Cooper supports her DJ career by working as an English teacher: “Monday to Friday in the mornings I teach English to kids aged five to six. They’re my little sweethearts.” She spends time enjoying the city and eating the famous Dim Sum the province has to offer. When asked if she stands out with her ‘Jiang‘ (blonde) locks, she laughs and says that people take photos of her, and with her, almost every day.

“My friends have even noticed how much I get stared at when they’re with me, but you have to laugh and smile and shake it off or make a joke about it with them,” she says. “The locals here are just curious but never hostile!” 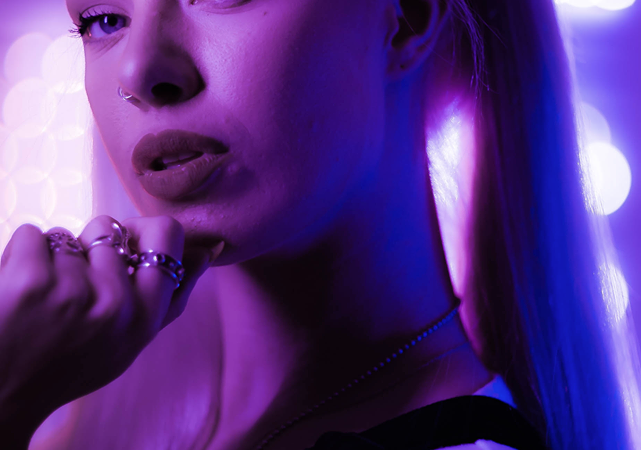 Despite her love for China, with no plans to return to the UK, and her disappearing Manchester accent, Katie says she still feels very much like a Manchester girl. “That will never change, I promise.”

Even her music tastes show her Manchester roots, “Thanks to Mum and Dad, I grew up as a kid listening to Manchester music like The Stone Roses, Oasis, The Smiths, Joy Division and New Order.” It wasn’t until her mid-teens that she discovered Drum & Bass and went down the electronic music rabbit hole from there to Dubstep and Grime.

For her future, she says she aims to play in New York or Los Angeles next year and it would be her dream to play at Outlook in Croatia. “I’m also very keen to visit and play in some other countries in Asia like South Korea or Singapore.”

She adds that for anyone thinking about moving to Asia, in this exciting time of up and coming musicians too, “Just do it! No excuses, just book the flight and go, it’s such a fun place to live.”

And for anyone that wants to start DJ-ing, she says to “get mixing”.