Greece is known for its postcard-perfect views, clear beaches, and endless partying. Santorini and Mykonos are two of the most famous islands in the Cyclades, a group of 220 islands in the Aegean Sea, and are visited by millions every year.

Just 45 km (28 miles) from Santorini to the North, lies a smaller island which is the perfect balance of both leisure and party. With a population of only 2,100 people, Ios remains obscure to most travellers; since Ios does not have an airport of its own, it has to be reached by ferry from either of its two, more well-known, neighbours. 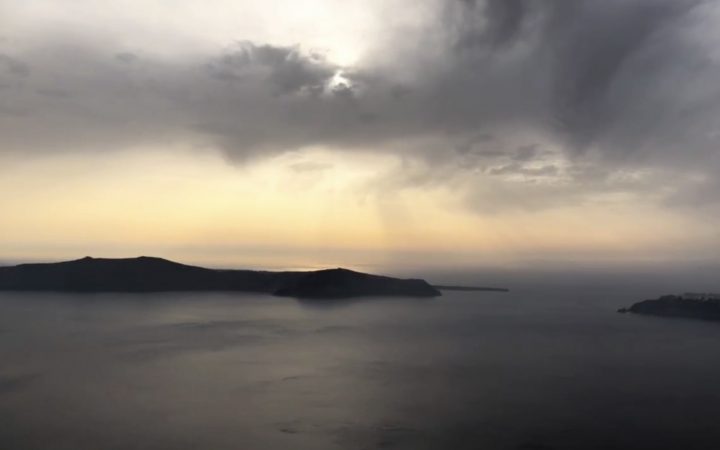 Panoramic view of the Mediterranean at Sunset

Ios has more than 30 small beaches; Mylopotas is the busiest, as it is close to the port, and has a few hotels nearby that are reasonably cheap. Far Out Village happens to be the ideal package for a few days here. The hostel is cheap and located in the heart of the island, offering tour guides, water sports and day trips around the Mediterranean.

It does not take long before you find yourself sipping on few mojitos and treating yourself in the clear blue water. Since the Island has a limited transportation system, getting around is either by walking, or taking a taxi.

However, unlike any other islands, there is a third option, which is cheaper and highly recommended. As the laws in Ios are not as strict as in Santorini, you can rent an ATV (All-terrain vehicle) for a whole day for only 20 euros (£17.42), as long as you’re over 18. The adrenaline of driving an ATV on the landscapes of Ios is an experience in itself as it gives you an opportunity to see the island on your terms. From the lowest point on the island to the highest peak, the journey can be completed in only 22 minutes. 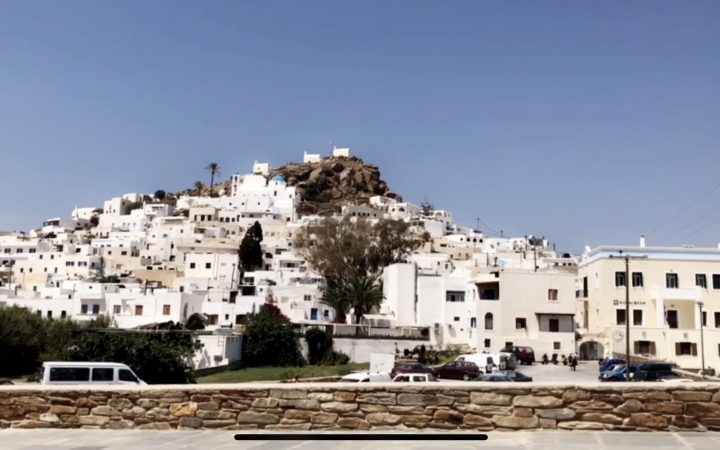 The town of Chora

The main village in Ios is called Chora; built centuries ago, it consists of extremely narrow pathways and many uneven stairs, which makes it inaccessible for cars and bikes. The restaurants are situated right on the top of the village and consists of local and several other cuisines. By the time you finish your meal, you will be delighted with the quality of food on this small island; however, the walk down will give you a good leg work-out and leave you hungry once again.

There are around 27 bars in Chora that compliment all kinds of music. From Latin to House; Hip-hop to Jazz, there is something for everyone. If bars are not your cup of tea, then you can head down to Far Out beach club. This is where the real party happens that lasts till after sunrise “Santorini by day and Mykonos by night” is a phrase often used by the locals to describe Ios. 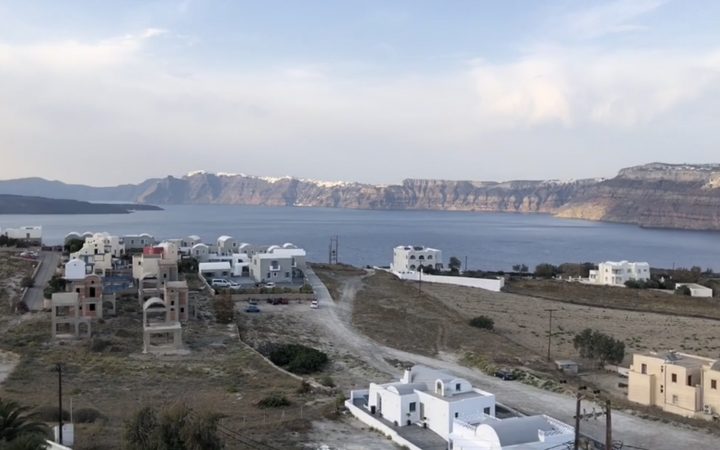 Small houses on the coast of Ios

If you are a history lover, then you might be disappointed to learn that Ios does not offer much historically. Yet, the few historic sites that you can visit include the ancient settlement of Skarkos that dates to 2800 BC.. The remains of well-constructed houses of Skarkos lie in the hills of Ios today. They utilised this island for import/export, as it’s the largest port in the Cyclades. Another known site is the tomb of the famous author Homer. His poems; Iliad and Odyssey remain the leading works of ancient Greek literature. Odysseas Elytis Theatre opened in Ios in 1997, named after the protagonist of the Odyssey.

Standing at the Kastro peak (the highest point in Ios), I am overwhelmed by the beauty of my surroundings. The blue Mediterranean Sea extending in every direction, the town of Chora beneath me is shrouded in whitewashed houses, and the sun is gradually setting on the horizon beyond. The endless colours in the sky make it a remarkable sight to see for all the people, who hiked to the top for a picnic or an ideal Instagram picture.

One of the best experiences in Ios has to be the day trip to smaller islands that have little to no population. Meltemi Watersports is a British-owned company that offers a wide range of activities on the Mylopotas beach. Matt Hartnett, Owner of Meltemi Watersports, told us: “the pinnacle time for this island is the summers that are the point at which we are the busiest. Depending on your comfort level you can choose either a private boat tour that costs 55 euros (£48) per person or public that is fairly cheaper.”

The private boat tour starts with visiting the caves nearby. Since the boat cannot go inside the cave, you have to swim and make your way towards the entrance. As you move inside the pitch black cave, you are introduced to an underwater world of colour and coral. The walls of the cave are low, so you have to watch your head at all times. 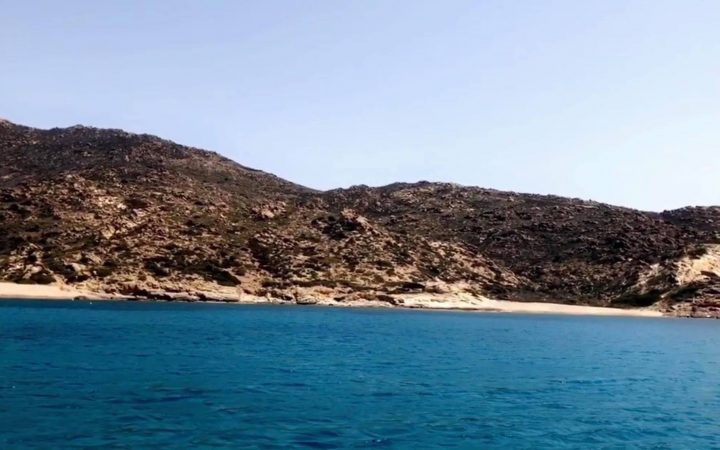 Shades of blue around the Ios coast

The next stop on the tour is a site that was discovered a few decades ago, after a massive storm hit Ios and closer inhabitant islands. A boat that was carrying six people collided in the storm and sank. Though everyone survived; the shipwreck still lies on the floor of the ocean and can be seen while snorkelling. According to Matt, the Mediterranean Sea is one of the safest in the world and makes exploring easier.

The last stop on the boat tour is 25 minutes from Ios on a remote island that comprises of three little shorelines spread out on an equal distance. The shade of the water is precious stone blue as there is no pollution and the sand is dirt-free. You can sit on this beach for hours and explore the surroundings and not get drained.

In the coming years as tourism is developing in Greece, this underrated Island will probably end up swarming and costly.

If you find yourself planning your next summer holiday in the Mediterranean, consider Ios and let it show you all that it has to offer. If there are two things that Greece does not disappoint in, it’s the sunsets and the beer.

All images by Aymen Nadeem

By Sophie Patrick
6 Mins read
An in-depth look at the 117th National Western Stock Show in Denver, Colorado, and at what makes this once-a-year event so special.
Culture

By Natalia Zelazowska
7 Mins read
How Lulla La Polaca is living proof that age is not an obstacle to living life at its best.
FashionVideo

By Isabella Brooks
4 Mins read
We tried three Glossier make-up products to see if they are really worth the money.