Millennials are going to save the Planet

For many young people, global warming has been a hot topic for longer than we can remember. We learnt about it in school and saw the endless news reports before we were really old enough to understand it all.

The National Centre of Social Research released a report on British people’s thoughts on global warming. Between 90-94% of people in all age groups, agreed that global warming is “definitely or probably” happening. However, that’s the only place where the similarities lay – 31% of 18-34 year-olds are “very or extremely” worried about climate change, while only 19% of people over 65 are concerned.

“We are already seeing the consequences of 1°C of global warming through more extreme weather, rising sea levels and diminishing Arctic sea ice.”

The Intergovernmental Panel on Climate Change (IPCC) recently released a report detailing the severity of the effects of climate change at its current rate. They highlight that huge changes will need to be made within the next twelve years in an attempt to reduce the severe consequences of global warming.

Young people don’t remember a world without climate change. Global warming is something many of us haven’t acknowledged and could be a defining factor in how the world around us develops.

“One of the key messages that comes out very strongly from this report, is that we are already seeing the consequences of 1°C of global warming through more extreme weather, rising sea levels and diminishing Arctic sea ice, among other changes,” said Panmao Zhai, Co-Chair of IPCC Working Group I.

Within their report, the IPCC examines the benefits of limiting global warming by 1.5ºC rather than 2ºC. If no changes were to be put into place, coral reefs would be virtually extinct while global sea levels would rise 10cm higher. 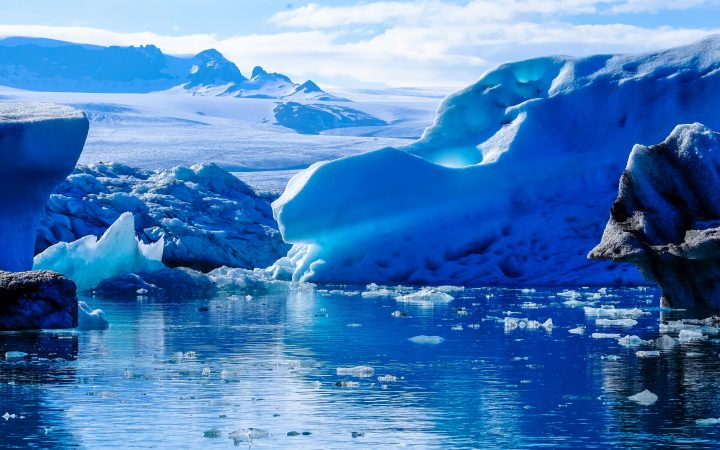 Irreversible and catastrophic environmental changes are potentially only twelve years away. With this in mind, the consequences of global warming won’t just be felt by the generations to come, but by the youth of today. Taking all of this into consideration, how concerned are young people about global warming and what, if anything, are they doing to combat it?

Young people are often derided for their trends and fads, but what if these are what will actually save the planet? One trend that lasted through recent years is a change in young people’s diets. According to a study commissioned by The Vegan Society, the number of vegans in the UK has quadrupled between 2014 and 2018. Similarly, Just Eat, the online food delivery service, claimed that in 2017, they had a 987% increase in demand for vegetarian food.

Poppy Marriot, 21, is a freelance photographer who made the decision to become vegan; she says that climate change is “an incredibly important issue to me, it was a big trigger in me continuing my veganism because lowering our meat and dairy intake is one of the best things you can do for global warming. I want to do whatever I can to make a change.”

Poppy became vegetarian at 17, and vegan at 20: “People think you need to be living completely zero waste, but just eating meat twice a week instead of every night, or buying a reusable coffee cup or water bottle and not using plastic straws makes such a difference. We don’t all have to be vegans to make a change! Little things go a long way.” 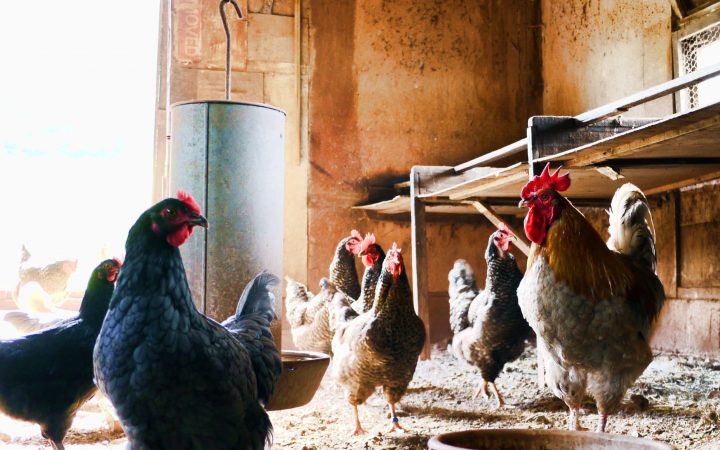 In contrast, Paul Surrey, a life long meat eater at 52, has different views on his lifestyle choices: “Growing up not eating meat wasn’t a serious option, there weren’t any alternatives.” He continued on to explain that although climate change was an issue that concerned him, “particularly for younger generations”, he wasn’t aware of the impact animal agriculture had on our environment. “I’ve been eating less meat for health and animal welfare reasons, but knowing it will help with climate change, I’ll definitely make more of an effort,” he continued.

The campaign group PETA (People for the Ethical Treatment of Animals), claims that “globally, animal agriculture is responsible for more greenhouse gases than all the world’s transportation systems combined”. They also claim that rearing animals as food uses vast amounts of resources, including land, water, energy and food. Making a lifestyle choice to eat less meat and animal products reduces our carbon footprint and impact on the environment. It is also considered, by many scientists, a vital effort in combatting the worst effects of climate change.

“Globally, animal agriculture is responsible for more greenhouse gases than all the world’s transportation systems combined.”

According to a report in the Proceedings of National Academy of Sciences, if we all went vegan by 2050, emissions from food production would drop by 70%, we could make economic savings of around £440 billion and there would be 8.1 million fewer deaths per year.

The Department for Transport released data on driving habits outlining that “only around 6% of miles driven in cars, in Great Britain in 2012, were driven by a young car drivers.” We see fewer young drivers on our streets every year, although much of this is due to the rising costs that are associated with driving including insurance, fuel and MOTs. However, the numbers of electric cars on our streets are rising. With the government taking the initiative to install more public charging points, owning an electric car is becoming a more viable choice for those concerned about sustainability. 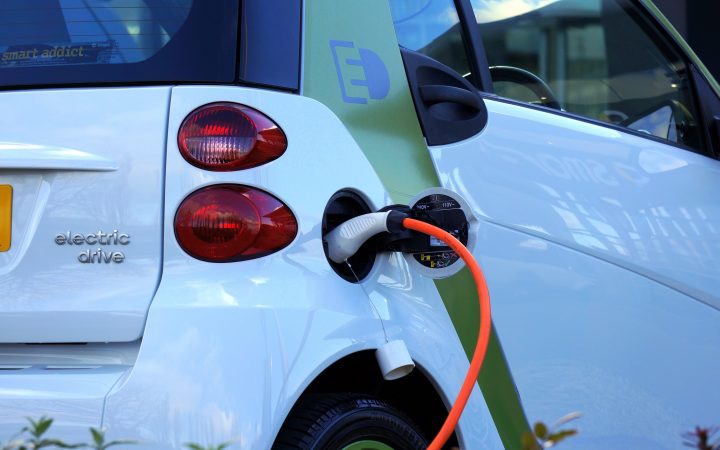 More electric charging points are popping up all over the UK [Pexels:Mikes Potos]

The AA (Automobile Association) recent reports showed that young drivers are most likely to own an electric vehicle. Although initially a more expensive investment, electric vehicles are much cheaper in the long run. They use a renewable energy source and produce no exhaust fumes.

Even brands catering to younger consumers are taking their concerns into consideration and making changes. H&M, Lush and Starbucks all have reward schemes for customers who return or reduce their waste products that would otherwise find their way into the bin.

Selfridges’ Project Ocean campaign bans staff from bringing used-plastic bottles into the store and instead sells glass bottles. The importance of their campaign is highlighted during staff inductions and is an example of the type of larger efforts that are vital if we want to start making a positive impact on the environment. 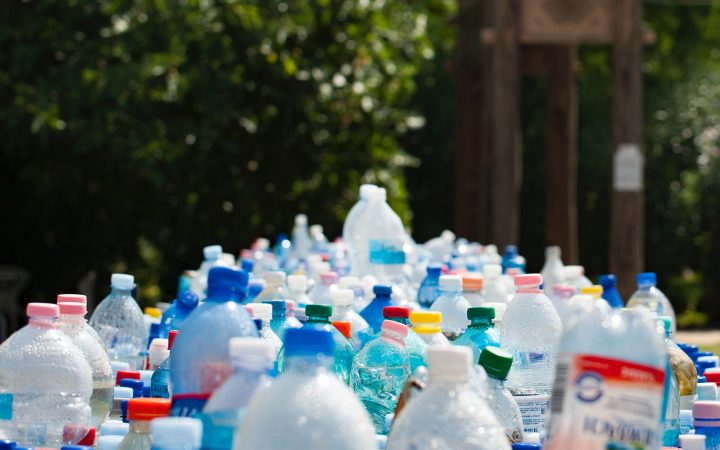 Figures collected by The Guardian showed that 480 billion plastic drinking bottles were sold in 2016 across the world and less than 7% of them were recycled into new bottles.

However, new and eco-friendly innovations are hitting the market. Young star, Jaden Smith, recently launched his own brand of bottled water called ‘Just Water’. The packaging consists of a paper-based bottle and sugarcane cap. Water is ethically sourced in a sustainable manner and carbon emissions are reduced in the production process. Adding options like these to the market are vital for improving our habits as consumers.

The IPCC is a division of the United Nations. It gathers scientific data from around the world to create in-depth reports on climate change. These reports are then used by governments around the world in the development of new climate policies.

Young people are clearly beginning to take these warnings seriously, seeing that it will affect not only their children, but also themselves. With changes in the habits of not only consumers, but also larger brands, it’s clear that at least some changes are being made to benefit our environment.

However, the IPCC’s report shows that a lot more needs to be done if we want to make an effective impact on the rate of climate change.