Are all boys their father’s seed? 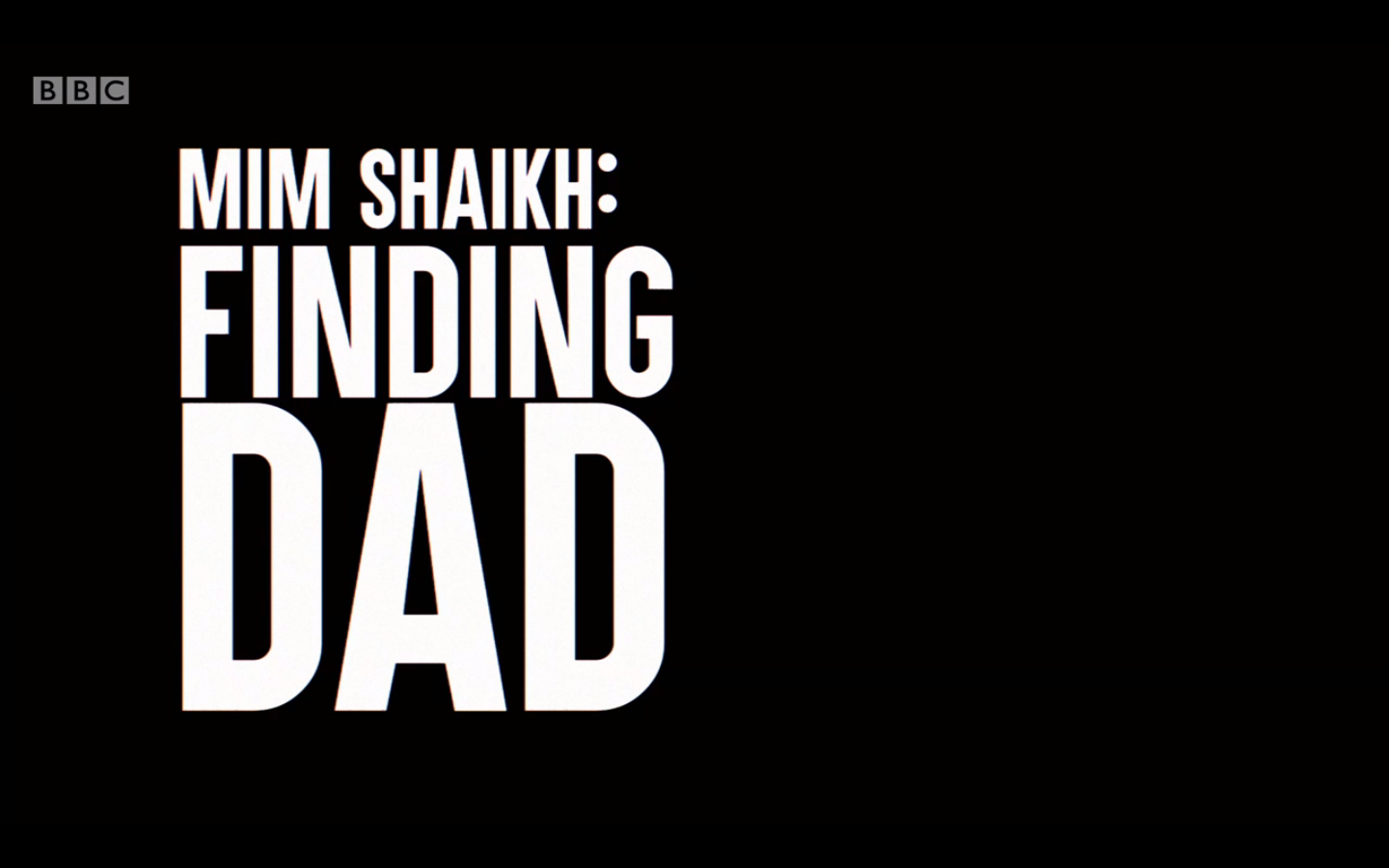 As a young boy growing up in Birmingham, Mim Shaikh watched his friends go to football games, play sports, talk about girls, all with their dads, while he would look around and wonder where his own father was. From parents evenings to graduation, the constant reminder that he was fatherless was there, though, like Mim, one in ten 10 children in the UK grows up having no contact with their dad. 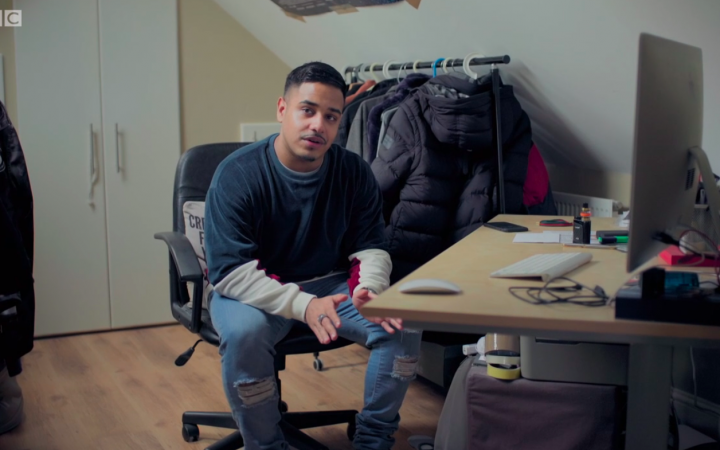 Mim explains why he is taking this journey [BBC]

Now a 27-year-old radio broadcaster and actor, with his career starting to build a strong foundation, he landed a TV role in Informer, and with his radio shows supporting him financially Mim felt the time was right to make a documentary. He explains how he sat back and asked himself questions about what was bothering him right now, what did he need answers for.

That’s when the topic of his father arose. Mim approached BBC Three with the idea his story – a son, trying to reconnect with his father – it is a story which many young people can relate to. “If I wasn’t ready mentally,” he said, “and if I didn’t have the foundations of my career set in stone, I certainly wouldn’t have done it.”

The journey to find his dad started in the attic of his South London flat in January 2018. “I’ve always been curious about my dad, but never enough to go and find out, because I felt like it would be disloyal to my nan, who’d done so much for me.”

After the breakup of their marriage, Mim’s mother was too unwell to look after him, so his grandmother brought him up and took the decision to sever all contact with his father. “I was a single-parent kid, but my grandmother was my parent, not my mum,” he says.

Mim found out his father’s name was Khalid Wralk. He was shocked at the fact his father had been married before he married his mother, but that his previous marriage had been dissolved. What was more, his father was 50 at the time while his mother was only 31. A 19-year age gap that meant he was now 78. “My heart sank. There was a good chance he had already passed away,” explains Mim. 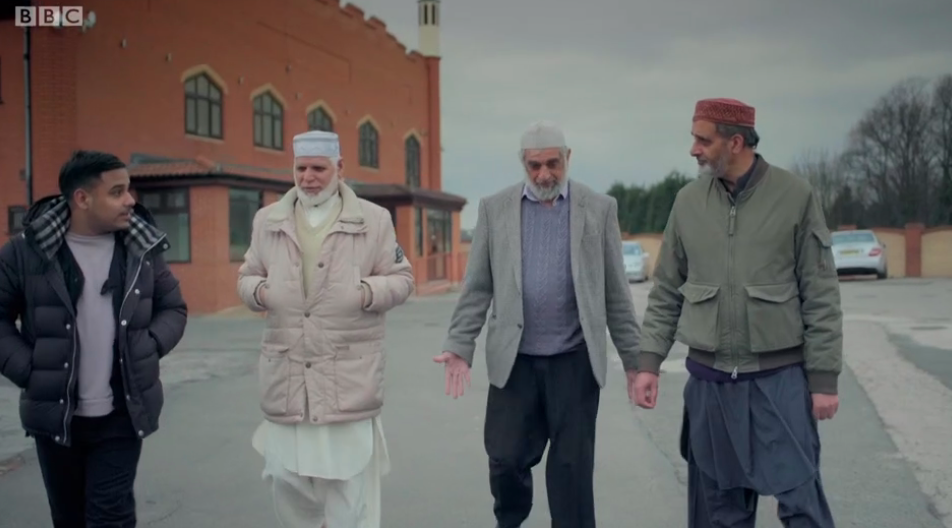 After traveling up and down the country searching for answers about his father, Mim found out his father was alive.  His parents’ marriage certificate showed that his dad had lived in Dudley in the West Midlands. He searched the electoral roll hoping his father may still be residing there, but there were no current addresses registered to his father’s name.

After reaching out to members of the community, he was put in touch with the three leaders of the Cradley Heath mosque who had lived in the area for years. After chasing several dead ends by this stage, the three men were his last hope. He showed them some old photographs of his father which they studied and immediately looked at each other and nodded. They told Mim that his father lived in Pakistan for the last ten years, one of them knew of his father’s address and gave it to him. He calls them “The three wise men.”

A lot of uncertainty was created because even though Mim found out his father now lived in Azad Kashmir, Pakistan, he had to undergo the process of obtaining a visa.  That process lasted for three months so you can imagine the journey of emotions during this time where at one moment there would be times where he would be really excited and then times when he was thinking is he actually going to be given permission.  Once the visas came through, Mim was ready to go and see his father for the very first time.

Before reaching out to his father, Mim, who is also a spoken word artist, had specially written a piece of poetry for the documentary:

Don’t even know if I should call you that but
I don’t want to address you by your first name.

And now the time I vent out my pain
and let you know that yes, I’ve lived my life
thinking you were the person to blame.

Different reasons as to why you left
or got forced to leave or so I’ve heard.

Scared that I am your seed and your
personality might be feeding into me.

Are all boys their father’s seed?
Am I destined to do bad deeds? 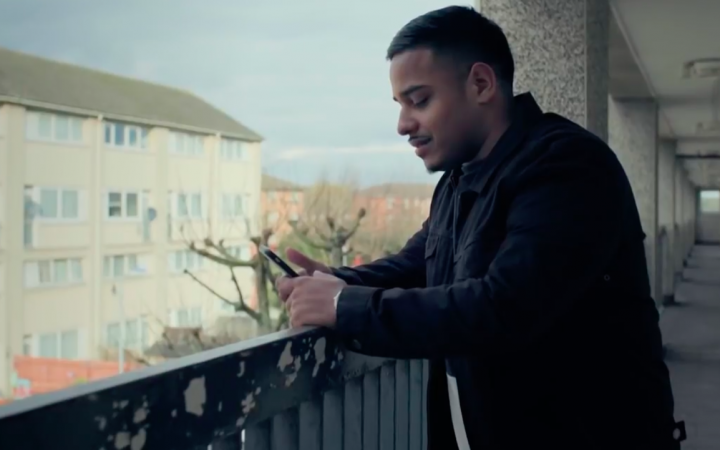 Mim reading out the piece which he wrote for the documentary. [BBC]

‘Are all boys their father’s seed? Am I destined to do bad deeds?’ This line has resonated with many viewers. I asked Mim what this line meant to him: “What I am feeling is coming from a place of fear, a place of not knowing. When you’re unaware of certain things sometimes fear can take over and I was fearful of what my father was actually like. Because I didn’t have access to this information my subconscious was telling me that I could be just like him, and all I had heard up until that point was very negative stories about the man.”

Mim is well known for his spoken word pieces which he performs on his radio shows and his YouTube channel. Each piece resonates and talks about issues that the youth of today find very hard to talk about such as mental illness.

Before going to Pakistan, Mim had called his father twice, and on both occasions, he refused to speak with him. But after everything he had been through, Mim was not willing to give up and instead wrote him a letter. The letter included Mim telling his dad how he was coming to Pakistan in July to meet him.

Mim and his film crew embarked on the journey to Pakistan. Once they landed and after several attempts to contact his father and arrange to meet up, his father finally agreed to meet.

They drove for two hours from Islamabad to a rural village called Thara, and the car had to stop just outside because his father didn’t want anything to be filmed. “I saw a group of around 20 men, wearing white shalwar kameez (traditional Pakistani outfit),” remembers Mim. “My eyes fixated on one man, that was my father. His eyes locked on to me as well. And as I walked up to him, he embraced me fully and started to cry. I remember feeling really numb and felt as if I just went into full protection mode. Over time, I allowed myself to really feel what had just happened and took it in.” 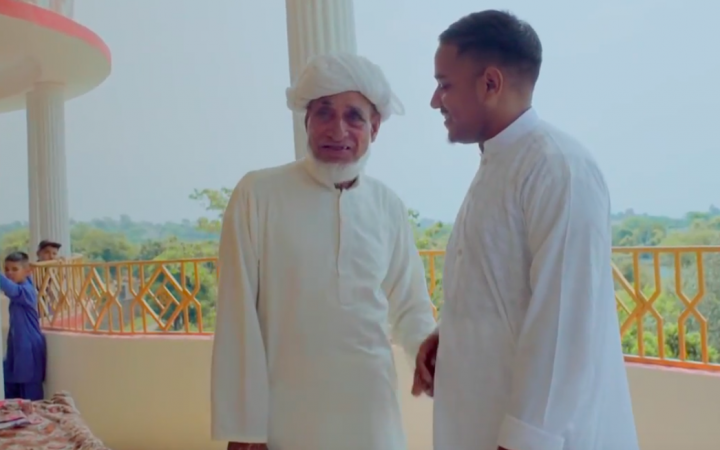 “I felt a real sense of belonging, I didn’t stick out like I always do wherever I go.” The feelings of being an outsider in the playground had quickly vanished, and there was a massive feeling of inclusion for Mim. It just cemented him more into his South Asian identity.

The struggle of finding out your identity and a sense of belonging is a very intimate journey and can be seen as a rollercoaster of emotions. A lot of individuals lack the empathy and capacity to understand what kind of emotional turmoil an experience like this can create. “My emotion ranged from curiosity to disappointment, to happiness, to disappointment again, to then finally feeling content and peaceful” explains Mim. 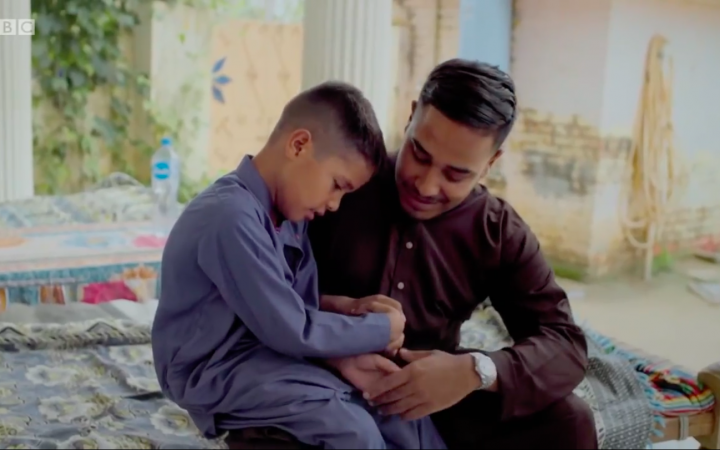 While he was in Pakistan, Mim spent a few days with his father and his newly discovered family. He played cricket with his two younger brothers and met his sister. Over the time he was there, he got the opportunity to speak about the breakdown of his parent’s marriage, and the opportunity to get the answers to his unanswered questions from the last 27 years.  He also saw how his father ran a very strict household, very non-negotiable and adamant on having things a certain way. Mim was very grateful of the upbringing and ‘freedom’ that his grandmother gave him.

“I’m going to be honest, there’s nothing in me gearing me to go anytime soon, as I just got back a few months ago, and the images are still vividly clear in my mind. However, if there’s a right time, and I feel the need for my presence to be there then I will happily go over there to see my father and brothers. The fact that I can even say that now in a sentence, is mind-blowing,” explains Mim.

Mainstream television has a habit of highlighting Pakistani and South Asian communities in a negative light, focusing on stereotypes like terrorism and domestic violence. Even though Mim’s story has the heritage of South Asian culture, this should not take away that this issue is such a universal, human story.

Although it looks at the process of reconnection with a father from the lens of someone who has grown up in a South Asian family, it’s merely a story about a son, going to meet his dad.

“You can call it the real-life ‘Lion’,” Mim says, referencing the 2017 film in which an Indian child was separated from his family and taken by his adoptive family to the other side of the world. “I think we still have a long way to go for people to accept these storylines and these images as normal regarding mainstream television and film. But we’re definitely coming a long way since where we were before, with the work of people like Riz Ahmed, M.I.A, Asim Chaudhry, etc. it’s clear to see that we will never be put in a box, and they will never be able to keep us in there. If we are able to be open and honest about our personal and professional experiences,” says Mim.

“I hope that the documentary shows people how they too can go and get in touch with their biological parents, that it can be the best thing they’ve done. I know it’s not for everyone, as people have different situations with their parents that may need resolving before they go on this journey. But the fact that I’ve had so many positive messages from people saying they feel inspired, happy, and motivated after watching the documentary means the main aim that I had was achieved.”

All images from BBC iPlayer