Sexual harassment and the Supreme Court

Two cases of alleged sexual assault in the 1990s and 2010s caught the attention of the whole nation, Anita Hill vs. Clarence Thomas in 1991, and Christine Blasey Ford vs. Brett Kavanaugh in 2018. Both cases involved Supreme Court nominees.

The hearings in both affairs were nationally televised and according to Forbes magazine, two million households followed the Anita Hill testimony in 1991 and roughly 20.4 million people tuned in for the hearing of Brett Kavanaugh according to Reuters. 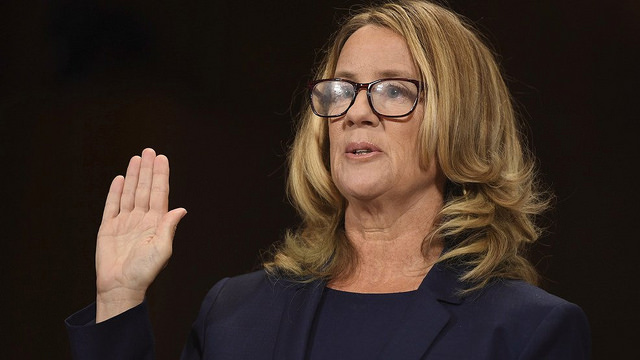 Christine Blasey Ford is sworn in to testify before the Senate Judiciary Committee [Flickr: Ninian Reid]

In 2018, Christine Blasey Ford came forward and accused Brett Kavanaugh of sexual assault and attempted rape at a party, when they were both in High School.

She described the incident in a letter: “I was pushed into a bedroom and was locked in the room and pushed onto a bed. Two boys were in the room. Brett laid on top of me and tried to remove my clothes while groping me. He held me down and put his hand on my mouth to stop me from screaming for help.”

In 1991, Anita Hill came forward and accused Clarence Thomas of sexual misconduct when she was working for him at the Education Department and at the Equal Employment Opportunity Commission during the Reagan administration.

In her testimony, she said: “He spoke about acts that he had seen in pornographic films involving such matters as women having sex with animals and films showing group sex or rape scenes. He talked about pornographic materials depicting individuals with large penises or large breasts involved in various sex acts. On several occasions, Thomas told me graphically of his own sexual prowess.” 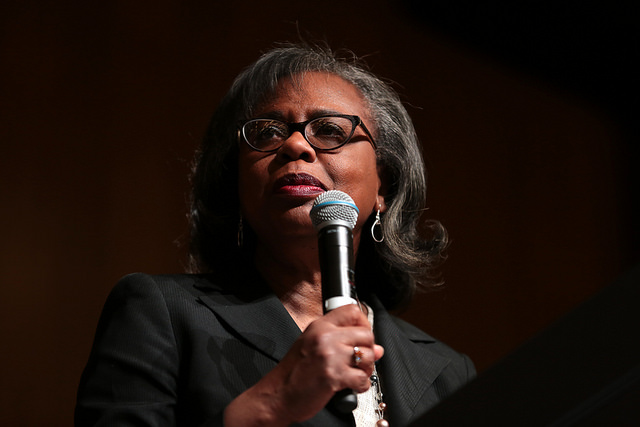 Despite moving testimony by both women, the nominees were still appointed to the Supreme Court by Congress, and Judge Thomas is still serving on the bench today. He and Judge Kavanaugh were confirmed with very narrow votes in the Senate, 52-48 for Thomas and 50-48 for Kavanaugh.

Last year, the Republicans voted to lower the threshold for a Supreme Court Justice to be confirmed, from 60 out of 100, to 51. “If it were under the old rules, Kavanaugh would’ve never gotten in,” says Dr Nadia Hilliard, a lecturer in US Politics at the UCL Institute of The Americas.

Despite the media frenzy about the televised hearings, they are not actual trials in front of the Supreme Court. As Dr Hilliard explains: “It doesn’t have the same legal status. But it is under oath.”

The hearings take place in front of the Senate Judiciary Committee which is made of 21 people. When a judge is nominated by the President to fill the opening on the Supreme Court, one hearing takes place in order for the Senate Judiciary Committee to decide whether or not the candidate is a suitable one, following extensive and intrusive background checks on the nominee. Due to the allegations made against Thomas in 1991 and Kavanaugh in 2018, two hearings took place.

When comparing both affairs, a bigger question arises: have these hearings sparked any changes in how sexual harassment cases are dealt with?

In the aftermath of the 1991 hearing, the Violence Against Women Act which is part of the Violent Crime and Law Enforcement Act was signed into law in 1994 by President Bill Clinton. This act provided $1.6 billion for investigation and prosecution of violent crimes against women.

This federal law also led to the establishment of the Office on Violence Against Women within the American Department of Justice. This act has what is called a ‘sunset-clause’ which means that after a number of years, it expires. So, it requires members’ of Congress to renew it.

Even though it is considered a landmark bill, the current Violence Against Women’s Act was supposed to become ineffective on September 30th. This date has been pushed to December 7th.

“I don’t think immediately that’s only because the Republicans are in charge of everything. They have not been very keen to make those kinds of changes.”

More recent changes have been made since high-profile cases have seen the day such as the Bill Cosby case. A number of states are studying and changing specifics and details about certain laws. In some, lawmakers are making the prosecution of sex abusers easier.

For example, in criminal cases, a Statute of Limitation is fixed, which means that victims have a certain amount of time to pursue someone for a crime. Following the allegations made against comedian Bill Cosby, who was charged for sexually assaulting a woman ten years ago, Californian lawmakers have now eliminated the statute of limitations for rape and sex crimes. State Senator Connie Leyva told CNN how “rapists should never be able to evade legal consequences simply because an arbitrary time limit has expired.” She added: “There must never be an expiration date on justice.”

In Michigan, Larry Nassar, a former doctor for USA Gymnastics and the Michigan State University, has been accused of sex crimes over the past two decades from more than 150 women and girls. Before this case, the law stated that abused victims had to come forward before their 19th birthday. Since most the accusers were still children at the time of the events, they couldn’t necessarily speak out before turning 19. Now, in the state of Michigan, a new law has been passed in which victims can raise charges against their abusers within 15 years of the crime or before their 28th birthday.

“Even though Clarence Thomas was still confirmed, there were some really positive knock-on effect that helped change the culture. It ultimately led to the Metoo movement. Even though the Kavanaugh’s situation, from the feminist perspective, is kind of a disaster, it is quite possible that it will have a lot of knock-on effects in terms of inspiring people to fight back,” Dr. Hilliard explains.

For any changes to be made legislation-wise from the actions of the #Metoo movement, the lecturer believes that new laws will be introduced in five or six years. “I don’t think immediately that’s only because the Republicans are in charge of everything. They have not been very keen to make those kinds of changes,” Dr Hilliard told us. 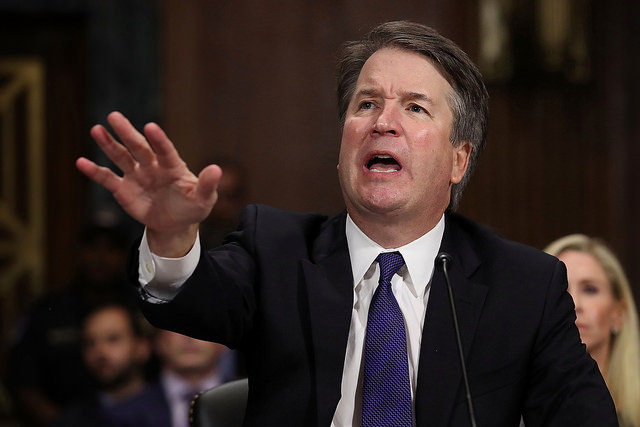 Brett Kavanaugh during his hearing in front of the Senate Judiciary Committee, 2018 [Flickr: Ninian Reid]

However, these elections saw more women elected to Congress, while the first Muslim and refugee woman, Ilhan Omar, was elected. Rashida Tlaib became the first Palestinian-American to be elected, and for the first time, two Native-American women entered Congress, Sharice Davids and Deb Heeland.

Elsewhere, the first African-American woman to represent Connecticut, Johana Hayes, won her race, amid elections which have also seen members of Congress getting younger as well, with some of them being under 30, such as Alexandria Ocasio-Cortez and Abby Finkenauer.

Democrat and New York Representative, Carolyn Maloney, told USA Today: “I’m hopeful that we’ll have a Congress that finally recognises that ‘women’s issues’ are economic issues, labour issues, men’s issues, American issues and give them the attention they deserve.”

However, it remains to be seen whether bigger changes in the law will be made by Congress.