The beach felt like a return to nature. The sky was filled with sunset orange that bled across the horizon and into the water that lapped calmly against the shore. The sound of waves filled the silence that surrounded the perfectly isolated spot. Everything was serene.

The sand, the colours, the perfectly placed beams of wood underfoot. Winding through the sand-soaked shrubs, the path led to a single restaurant that sat over-looking it all.

The thought of sitting there for just a moment was enough to fill the soul with joy. Not a loud and overpowering joy, a softer joy that offered with it the promise of calm in a world that is often enveloped in chaos.

Faro is a Portuguese city with about 47,000 inhabitants. Through Faro Airport, the city is the third largest visitor destination in the country (after Lisbon and Porto), which gives it a strongly cosmopolitan valence. 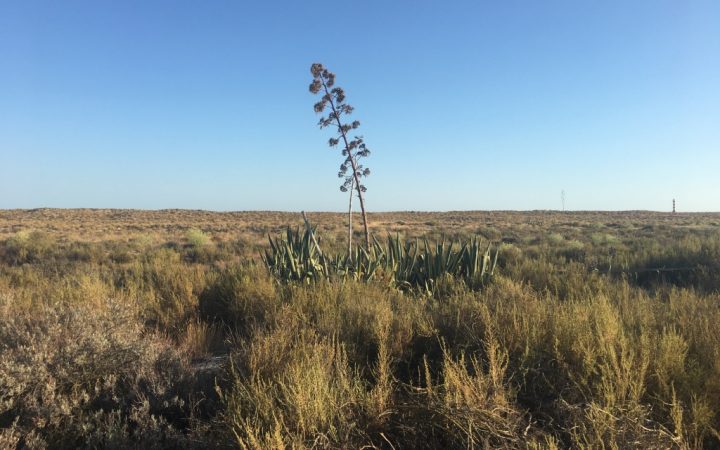 In the ’90s, one of the most famous streets in the city was the Rua de Santo Antonio; ladies wore their best clothes to go to one of the most expensive coffee shops in the area, Gardy. Not everyone could afford to buy a coffee and the typical pastry, pastel de nata, in that area, however, funnily enough, the coffee shop was always full.

In fact, all the shops tucked into the street were always bustling. People went in and out from one place to another, leisurely going through their days. The street almost had an energy of its own, mirroring the people that so often inhabited it.

Old, traditional wooden toys in the middle of the tiled floor were a sign that the mothers would be gossiping in the café about each other’s outfits while their children were playing, laughing amongst themselves in the dusty rooms of the buildings that stood in a tidy formation along the street.

Every single day, something new was happening. Artists performed in the streets to the traditional Catholic procession; it was easy to spend hours imagining yourself being a jockey on top of one of the horses at the beginning of the procession, the world was beneath it.

After a couple of minutes of walking, I stumble across Arco da Vila, a famous arch located at the old part of the city which is full of history. This archway was built in the early 19th century. It was one of the medieval gateways, when the city was still known as Ossonoba, it was centuries later that the name changed to Faro. 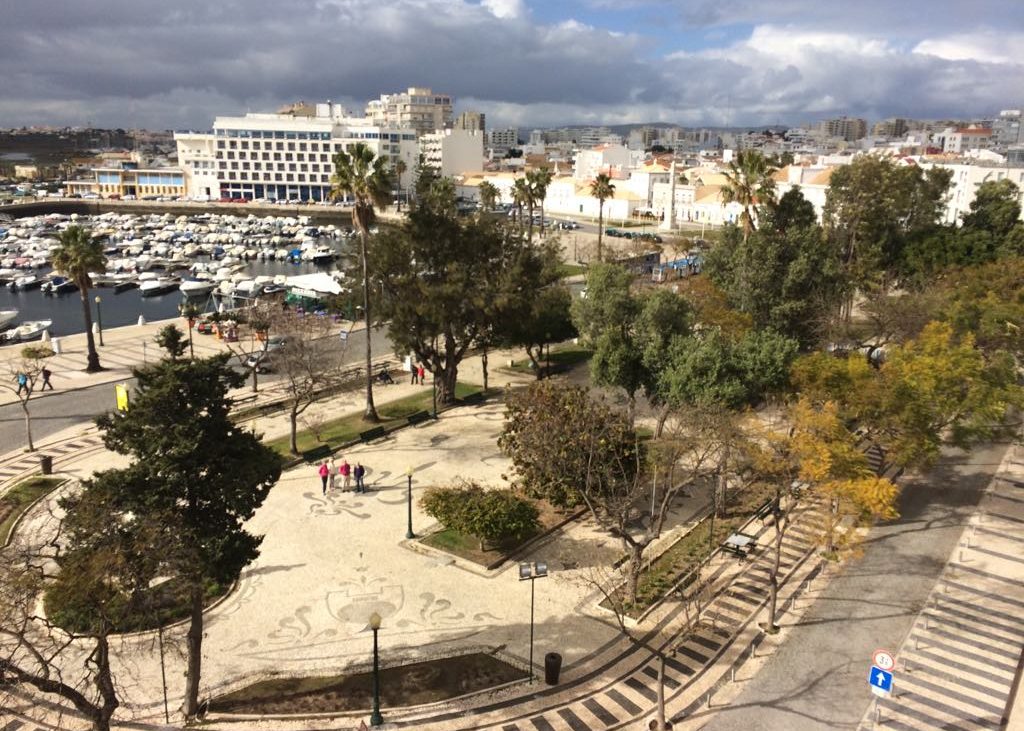 On top of the arch, you are able to see the symbolic stork nests, which embody the city but which can also be found in towns across the country. The statue of Saint Thomas of Aquinas, an Italian neo-classical piece, sits on top of the arch, overlooking the courtyard that the structure dominates.

Walking inside, it is possible to find part of the old Muslim walls which are considered unique examples of Moorish architecture, still preserved, giving a glimpse into the not quite lost world of the past.

These walls provide some insight into the people who have lived in the city throughout its history, ranging from those of the Islamic faith to the present day Catholic population. Only parts of the historic city centre survived a major earthquake in 1755, and so much of what visitors see today has been entirely built after those tragic events.

If you listen carefully, you might also notice the sound of the boats, announcing that they are full of tourists, eager to explore the often unknown places in the area, excited to have the experience of sightseeing all the incredible views throughout this fairly small city.

For these visitors, the city is a mystery that unveils itself to them, little by little, day by day. It is hard not to notice the beauty of the boats as they skim across the water and the innocence of those riding in them, endlessly unaware of the flawless place they will soon set foot in.

One of the most visited chapels in the city is Capela dos Ossos, which is renowned due to its fascinating architecture. It is often known as macabre, as the little chapel is lined with the bones of over 5,000 skeletons, which decorate the walls and ceilings in ghoulish geometric patterns.

The sun beams in from small openings. The chapel is supported by eight pillars. The skulls used to build the chapel are believed to have come from the surrounding churches in the local area. It is thought that only five other places in the world share a similar type of architecture.

After visiting the chapel, João Santos, a visitor, who travelled three hours by car with his wife and two children believes it was one of the most interesting tourist landmarks in the area, “I heard about it online, and from family friends. I was considering things to do in the area, for a weekend trip with my family and this was definitely on the list.”

Whilst sitting in a café around the corner from the chapel, he and his wife both said, “our children enjoyed every minute of it, although they were slightly freaked out by all the human bones surrounding them, they still continue talking about how the bones felt, we have numerous photos to show our friends when we go home.”

Locals have started to realise that the city is steadily changing. Rental prices have been increasing exponentially, sometimes to unaffordable costs, and business owners have begun closing some of their shops. Slowly but surely, the atmosphere of the streets has changed. Where once the same faces could be seen each day, neighbours have now become strangers. 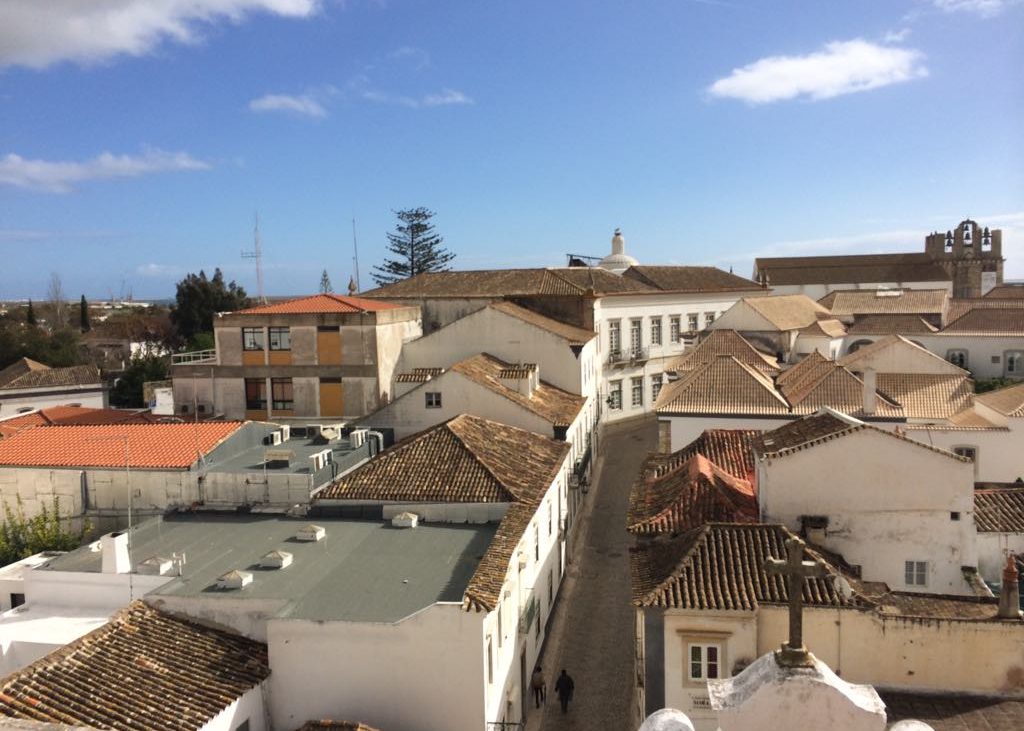 Back in the day, the footsteps of inhabitants going to work were the only sounds that could be heard in those empty streets.  But now, the toys aren’t there anymore and the subjects being gossiped about changed from mere attire choices to the amount of money needed to pay rent or go shopping. It is almost as though people are facing a completely different city.

It was rather hard to believe when relatives used to say: “This was one of the most touristic places in the city, people would come here to buy expensive clothes and have a coffee to socialise with friends, coming here to buy something was a luxury.”

It just sounded unreal to me; I kept questioning why the city was changing so drastically in what seemed like the wrong ways. How this could even happen perplexed me.

“The debt stood at seventy-two million, and the payment deadlines were so high, three hundred and eighty days, that it was common for the autarchy to receive the most forceful repairs and penalties on the part of the Government and the entities that oversee the financial management of the municipalities”, Jorge Silva, a deputy of the city, explains to me the extreme economic difficulties the city got into.

“Today, total debt is at a healthy level, well below average annual revenue, and payment deadlines are already under 60 days, a circumstance that Faro had not known for more than ten years. We are in 26 million euros,”  continues Silva.

To fix the issue, the president of the city, Rogério Bacalhau, decided to create more festivals and events to get tourists and local’s attention, including the Alameda Beer Fest, the Baixa Street Fest and the F-Festival.

Festival ‘F’ started in 2016. It is a three-day event, where thousands of people come together and enjoy good music and drinks. With a different approach from ‘traditional’ festivals, the old part of the city is divided into different areas where every performer performs at night, sometimes at the same time. It is almost like attending five concerts on the same day. The excitement and experiences are endless. 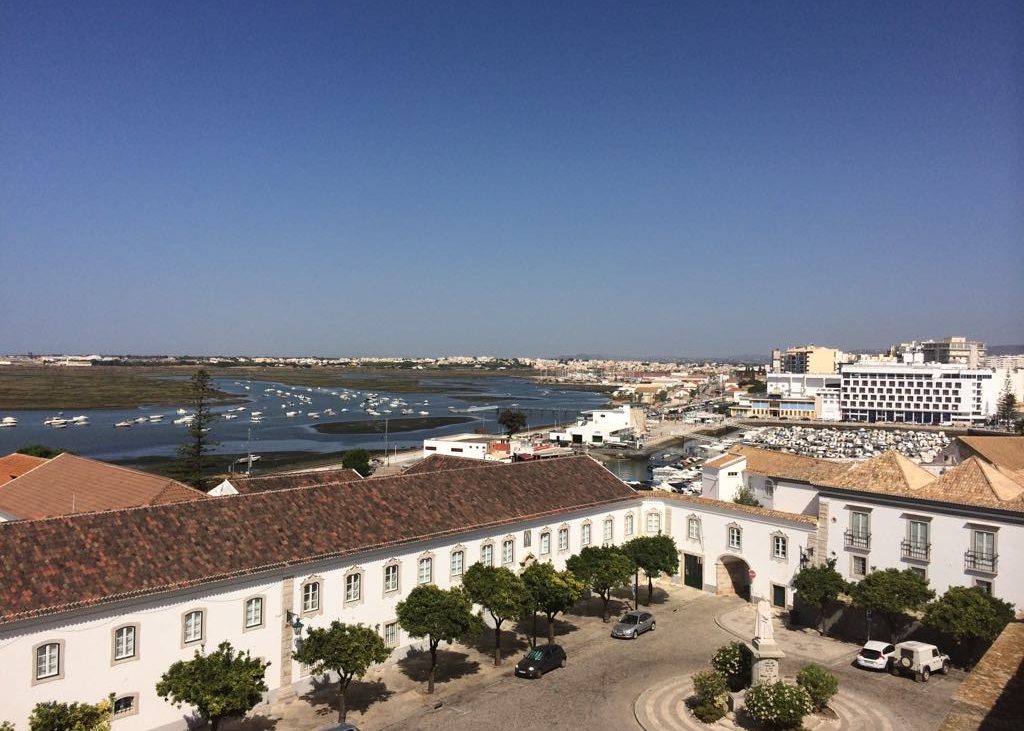 As well as music, activities such as literary discussions, political gatherings, stand-up comedy, art, cinema, handicrafts and a range of other entertainment options, are also some of the things that attendees can enjoy at the festival.

The event brings a plethora of different experiences to enjoy, how you do so boils down to the individual’s taste and style. Ranging from soft music playing while groups of friends laugh and speak without a care in the world, to more upbeat experiences, where everyone jumps to their favourite songs and sings in unison with big smiles on their faces.

Another event organised in the city is Faro Moto, a motorbike festival. It is estimated that over the weekend this event produces two million euros of revenue for the local economy.

You could feel the vibrations underneath your toes as a swarm of motorcycles rode past. Men in dark leather jackets, the smell of petrol spitting from the exhaust pipe and ash from the cigarettes of the bikers.

Sunglasses and balaclavas covering their faces, blue washed denim jeans. AC/DC being blasted in the distance from a pickup truck with a bunch of individuals standing outside sharing their passion and following their motorbikes, “ride or die.”

It is a region of hidden delights, of golden beaches framed by beautifully wrought limestone rocks, of small, simple restaurants where the taste of the fish – just caught, just grilled and drizzled with local olive oil – will pull you back time and time again.

Although the city is changing and issues have arisen, Faro stills stands, beautiful and tall, waiting to fascinate those who have never seen it, over and over again.