Creative directors vs. Their own brand

The reflective walls illuminated much of the dimly lit catwalk at Celine’s Spring 2019 Paris Fashion Week show entitled Paris La Nuit in September. Much like his obsession with dressing the young and skinny, Hedi Slimane’s brand debut caused controversy before the first model had placed her leather-covered, buckle-strapped foot onto the runway.

Slimane acquired the position of creative director in February and immediately stripped ‘Céline of its ‘é’ following Phoebe Philo’s decade-long reign. The new man at the helm has taken over from a designer known for making clothing for pragmatic, stylish women and introduced his version of the ideal woman; one embellished with sequins and attitude.

The collection indulged Slimane’s love of black, large shoulders and short dresses and saw his army of models wear leather in the form of jackets, jumpsuits, trousers, shirts, trenches, dresses and shoes.

With sleek and slim designs taking up the bulk of the 96 looks, it was hard to find any distinction between the designs he created for Celine and the typical garments he produced for Saint Laurent.

In contrast, Philo’s preceding collection for Celine Spring 2018 was built on light, neutral and gentle tones and explored flowing fabrics, large pleats, ankle-length dresses and oversized items layered effortlessly but elegantly. For these designs, she was adored. 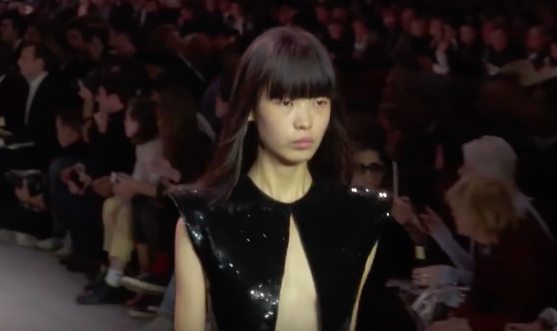 Slimane’s take on Celine is inarguably very different to his predecessor’s and invites us to question whether it’s more important that a creative director designs clothing that follows in the footsteps of a brand’s legacy or is true to their vision?

Historically the pendulum has swung both ways. Karl Lagerfeld acquired Chanel and found a way to develop the brand that flattered Gabriella Chanel’s vision and personal style, whilst adhering to the demands of the modern woman. Thirty-five years later and the collections remain elegant and timeless with a strong brand identity, and Lagerfeld has become somewhat of a tenure.

Whereas Julian McDonald’s two year run at Givenchy was met with constant criticism and penalised by Vogue Runway for “ignoring the houses former reputation”, Slimane has found himself a part of the latter example, receiving waves of criticism via twitter and online blogs. 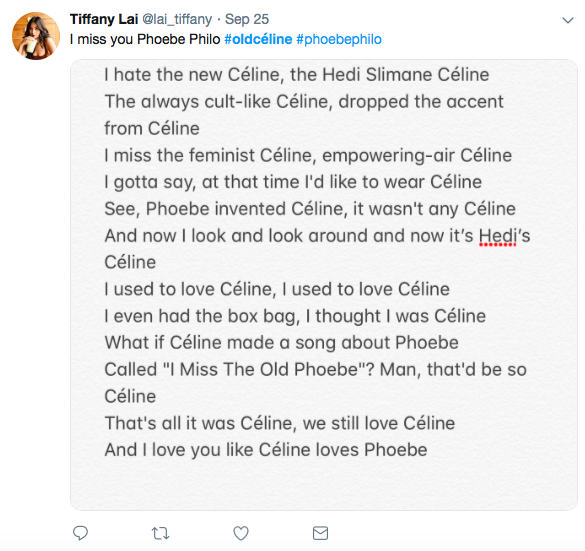 Twitter user and fan of the ‘Old Celine’ @danafrancie tweeted “Phoebe come back #OldCeline” whilst @lai_tiffany wrote a short poem dedicated to the topic.

“I feel like Phoebe really made the brand what it is today and formed the whole legacy of the Celine woman. She also ingrained the strongest design signature for the house. Hedi taking over the brand and pushing it into his own direction by designing what he always does is a real step back for Celine and pretty much the death of the brand. He is designing for his own brand and nothing more,” one former member of the London Celine design team shared her thoughts on the newest collection.

“Celine. Is. Not. Celine. It’s Saint Laurent. And that customer is already being satisfied,” announced an authority on all things fashion, Leandra Cohen, editor of Man Repeller, in a conversation released between herself and fashion editor Harling Ross. 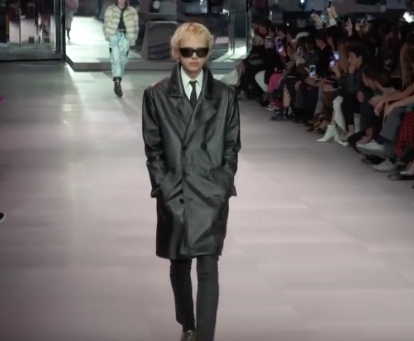 These comments are not to say that Slimane’s work is menial, but perhaps it would be better appreciated within a different fashion house.

During her time at Celine, Philo consistently produced garments that were intended to be worn effortlessly by busy women. Notably, her Spring 2017 Ready to Wear show had a soundtrack of traffic, street noise and children’s voices mimicking the school drop off or morning commute. Vogue Runway reviewed the collection praising her for designing clothing that intended to “make everyday life a little easier and more beautiful for lots of women” her pieces were “simple guidelines for lives which are already burdened with complications”.

Slimane just one year earlier produced a collection for Saint Laurent described by the same publication as perfect for “Glastonbury with Courtney and Kate”. 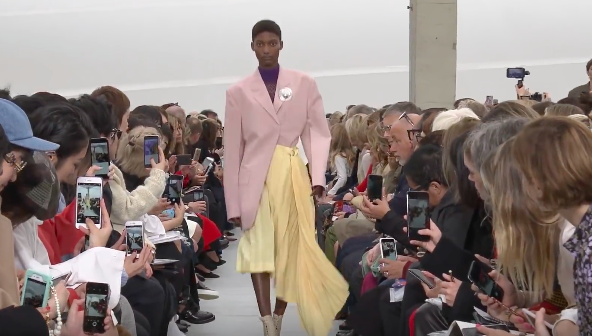 From an interview Slimane gave to French magazine Le Figaro prior to his Celine debut and translated by The Business of Fashion, Slimane seemed to argue that when entering a new fashion house, the creative director must find a balance between their vision and the house’s style.

“You don’t enter a fashion house to interpret the work of your predecessor, much less take over the essence of their work, their codes, and elements of their language. The goal is not to go in the opposite way either. It would be a misinterpretation. Respect is to preserve the integrity of everyone, to recognise things belong to another person with honesty and discernment. It also means starting a new chapter. You arrive with a story, a culture, a personal language that is different from those of the house. You have to be yourself, against all odds,” Slimane said.

And be himself he did.

However, a new chapter in the same book surely cannot deviate from the main storyline too much? Though the uproar indicates otherwise, what’s going on with Celine is nothing new to the fashion industry. As trends change season to season, it’s important that fashion houses adapt to and embrace this pace both on the catwalk and within their design teams.

So where does this leave Hedi? His signature style is iconic and, having doubled the sales for Saint Laurent during his time there, it is clearly in demand. His position in the fashion industry as a Creative Director is well deserved, however potentially more fitting for another fashion house, or even his brand.

With only one collection down, he still has plenty of time to prove himself to the Celine woman. Maybe he’ll find the balance between his style and the house’s legacy, or maybe there will be another swift turn over. The next few seasons will reveal all.

Good luck Slimane, you’ve got a very chic pair of boots to fill.

The conversation around fast-fashion is fatphobic